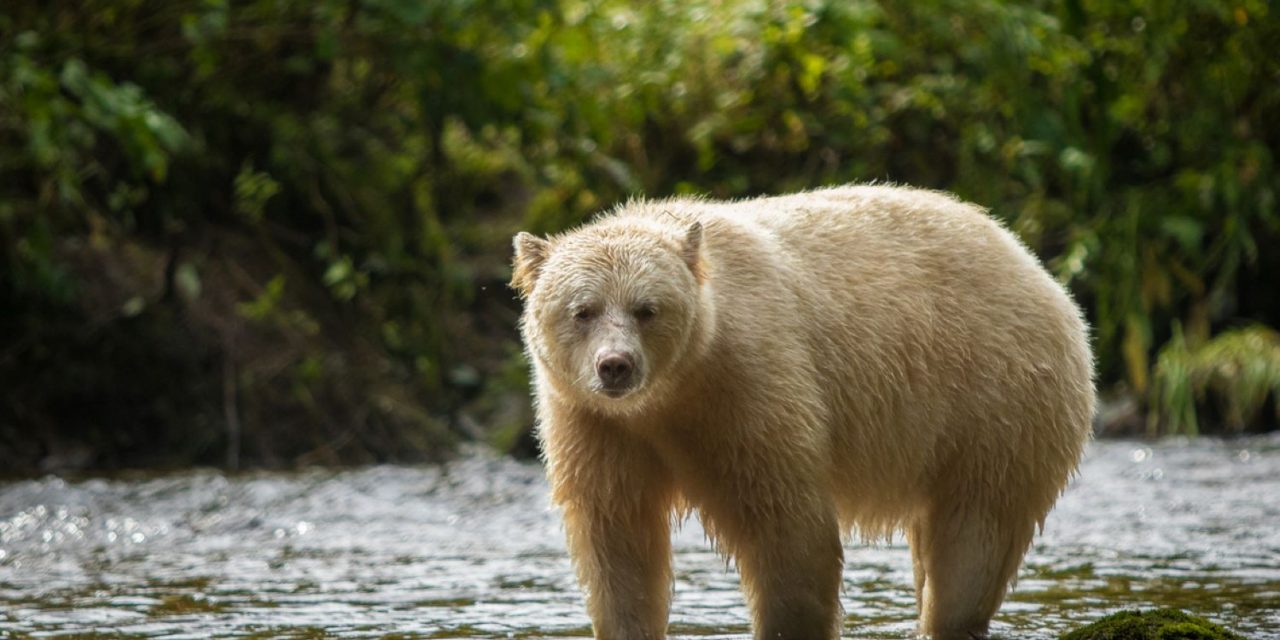 What do a sun bear, a sloth bear and a polar bear have in common? Despite living in vastly different habitats—think lush tropical jungles versus barren Arctic tundra—they do have some similarities. Learn what those common threads are on Nat Hab bear-focused expeditions from Alaska to South Asia, Churchill to China.

In this roundup of Nat Hab’s bear adventures around the globe, we include our wildlife tours that include significant bear-viewing opportunities. Watch grizzly bear cubs cavort on a riverbank in Alaska. See giant pandas and moon bears up close in Sichuan. Marvel at a polar bear’s dinner plate-sized paws as it lopes beside our Polar Rover in the Arctic. And glimpse American black bears in our country’s favorite national parks.

Of course, on all of these trips, there is countless other wildlife to see, whether that’s orcas and bald eagles on Canada’s far-western coast or Asian elephants and Bengal tigers in India. Our small group sizes, expert naturalists and passion for wildlife conservation ensure that your experience is not only revealing, but responsible. Here’s where you can see our favorite bears in the world.

We soar by bush plane into the deep Alaska wilderness of Cook Inlet, the ice-clad Aleutian Range and Lake Clark National Park. It’s here in this remote setting, amidst active volcanoes, massive glaciers and pristine beaches, that we first glimpse the mighty brown bears that make their quiet homes here. From our sustainable bush camp on a historic homestead within 4 million protected acres of the ancestral homelands of the Dena’ina people, we venture out into one of the world’s most renowned bear-viewing destinations. From an elevated platform and even from camp, safely protected behind electrified wires, we can see this coastal version of the interior grizzly bear (same species, Ursus arctos) chewing its food and communicating through woofs, purrs and growls. Whether it’s mama bears with their spring cubs in May or hefty males—up to 1,500 pounds!—fishing for salmon later in the summer, the viewing opportunities are endless. 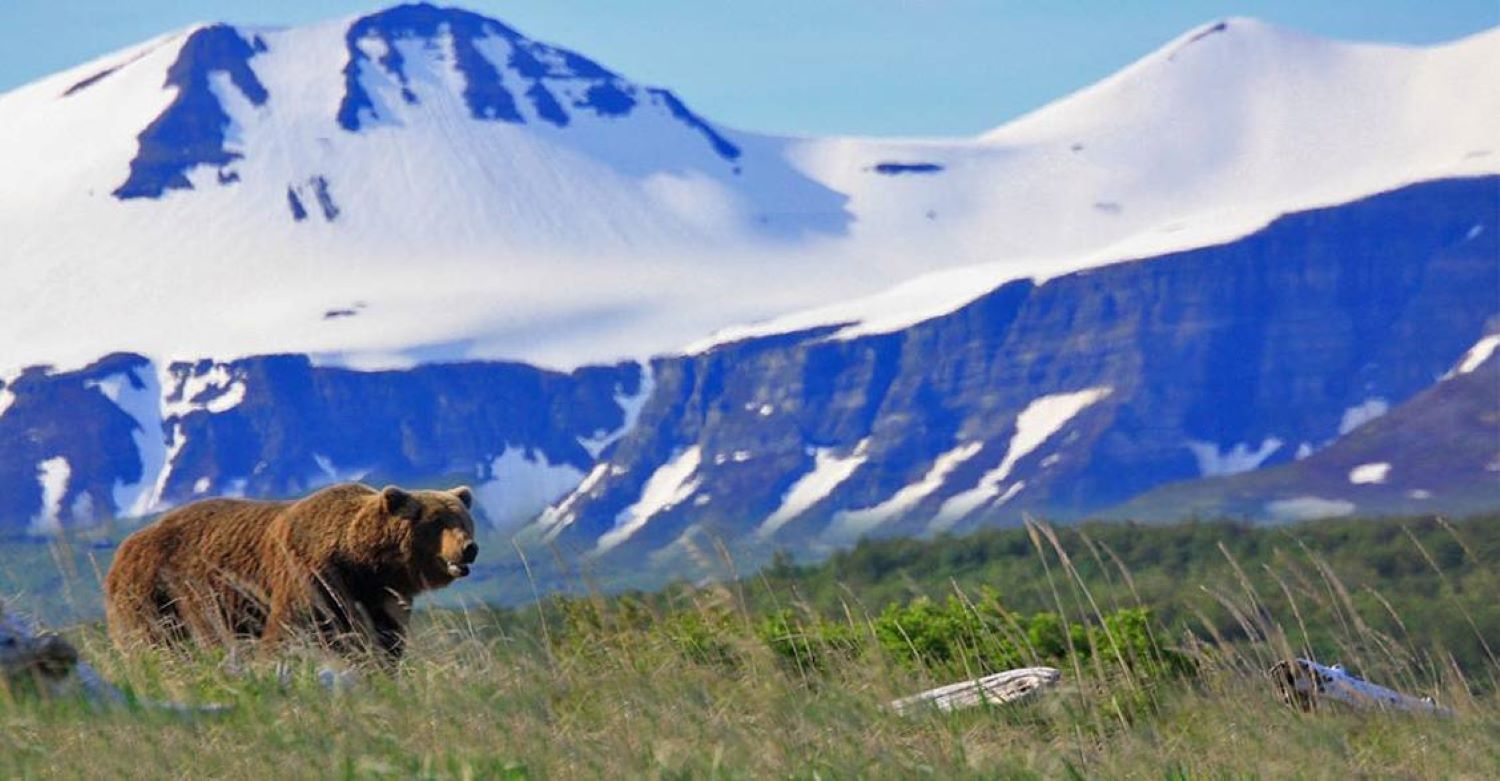 Experience a rare encounter with Ursus arctos—the largest coastal grizzlies in the world—as they feast on clams, mussels, sedges and spawning salmon in Katmai National Park. Summer’s bounty brings forth these arresting Alaskan brown bears, stopping you in your tracks as you safely observe them with your Expedition Leader, an expert bear naturalist. There are no roads along Katmai’s coast, so instead, we sail from bay to bay aboard the 73-foot Natural Habitat Ursus, finding the best bear-viewing and photography options. With just eight guests in our party, it’s easy to move undetected, without intruding on the bears’ natural habitat. Watch as these magnificent beasts, North America’s largest land predators, lead their frolicking cubs along the shoreline, expertly catch a spawning salmon in their enormous jaws or even doze lethargically in the shade. 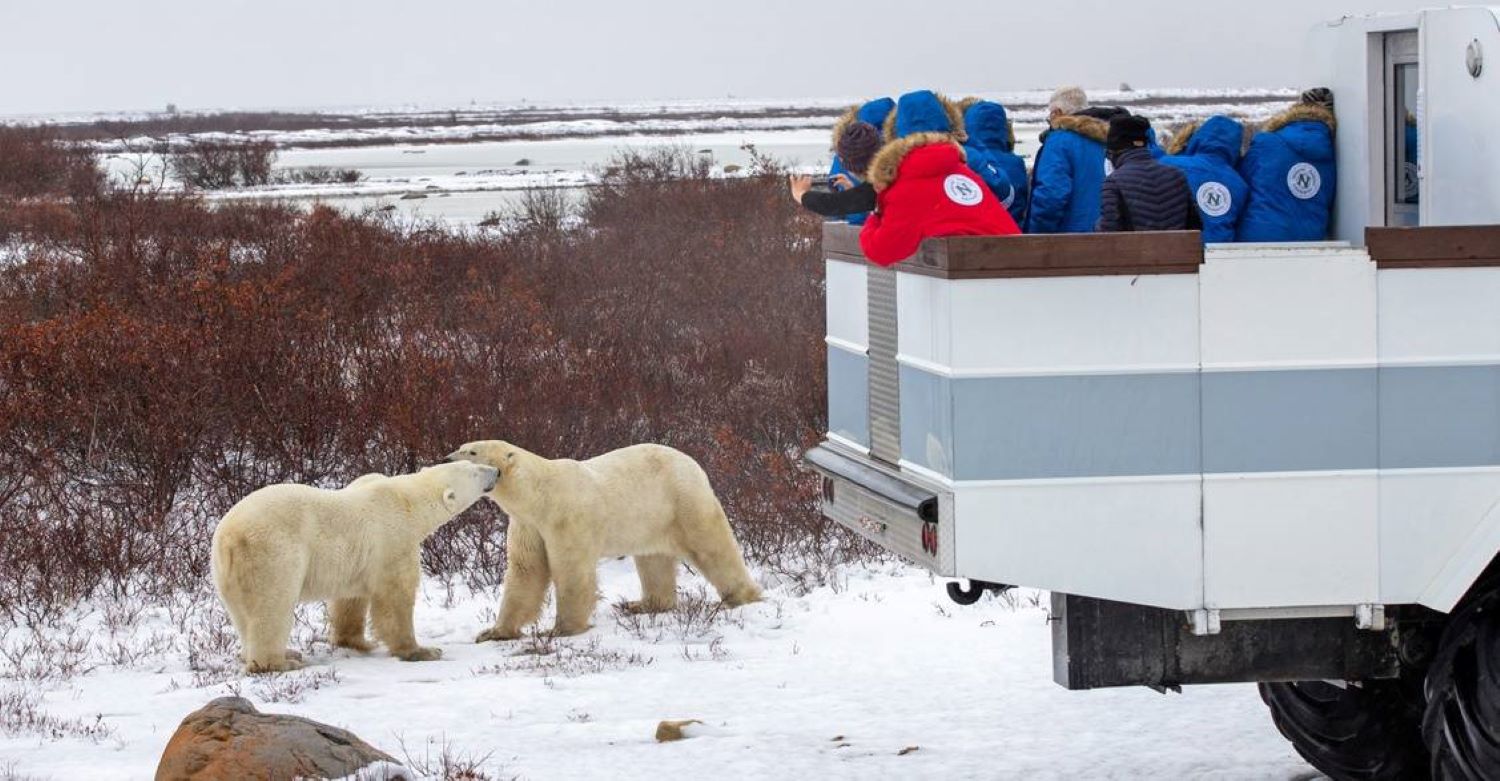 What at first feels like an illusion becomes an eye-widening reality as you realize that slowly moving shadow on the vast expanse of tundra is an enormous polar bear. From the elevated outdoor platform of our Polar Rover, you’re rewarded with a front-row seat as the hulking, shaggy, cream-colored bear moves across the land, silhouetted against the horizon—or wanders over to the Rover, standing directly below you under the steel-grate floor and exhibiting just as much curiosity as we are. The world’s greatest concentration of polar bears congregates here in Churchill as they wait for Hudson Bay to freeze each year. As you watch the big bears interact, from watchful mothers and energetic cubs to young males play-fighting, your Nat Hab expert naturalist will interpret the bears’ behaviors and explain how they thrive in such a harsh environment. 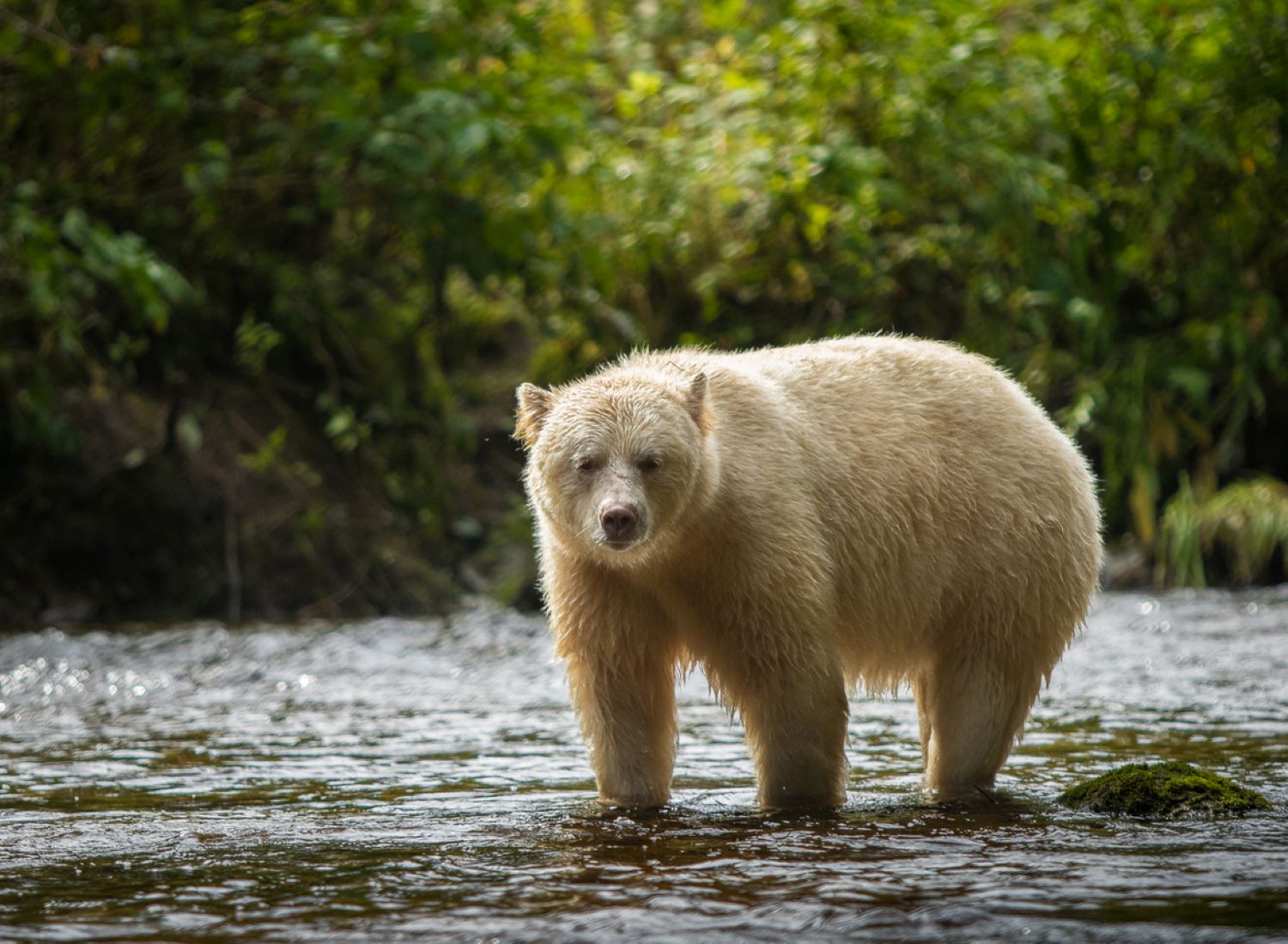 Seeing a special spirit bear is a heady experience, one I was fortunate enough to have while visiting Milbanke Sound in British Columbia. Your own Nat Hab adventure to the Great Bear Rainforest, tucked in the remote valleys of the Coast Range on Canada’s far western edge, reveals this pale bear of Native legend. Just a few hundred of these bears live in isolation beneath thousand-year-old cedars and Sitka spruce up to 350 feet tall. We search for them with local Gitga’at guides, First Nations people who have lived here among the bears and the rain forest for millennia. The mystical, creamy-white Kermode bear, also known as the “spirit bear,” feeds from the rich salmon streams of the temperate rain forest (one of the largest tracts left on Earth). The region is also home to eagles, orcas, wolves, black bears and grizzlies, all of which we hope to see as we cruise south down Douglas Channel and into the Coast Range. 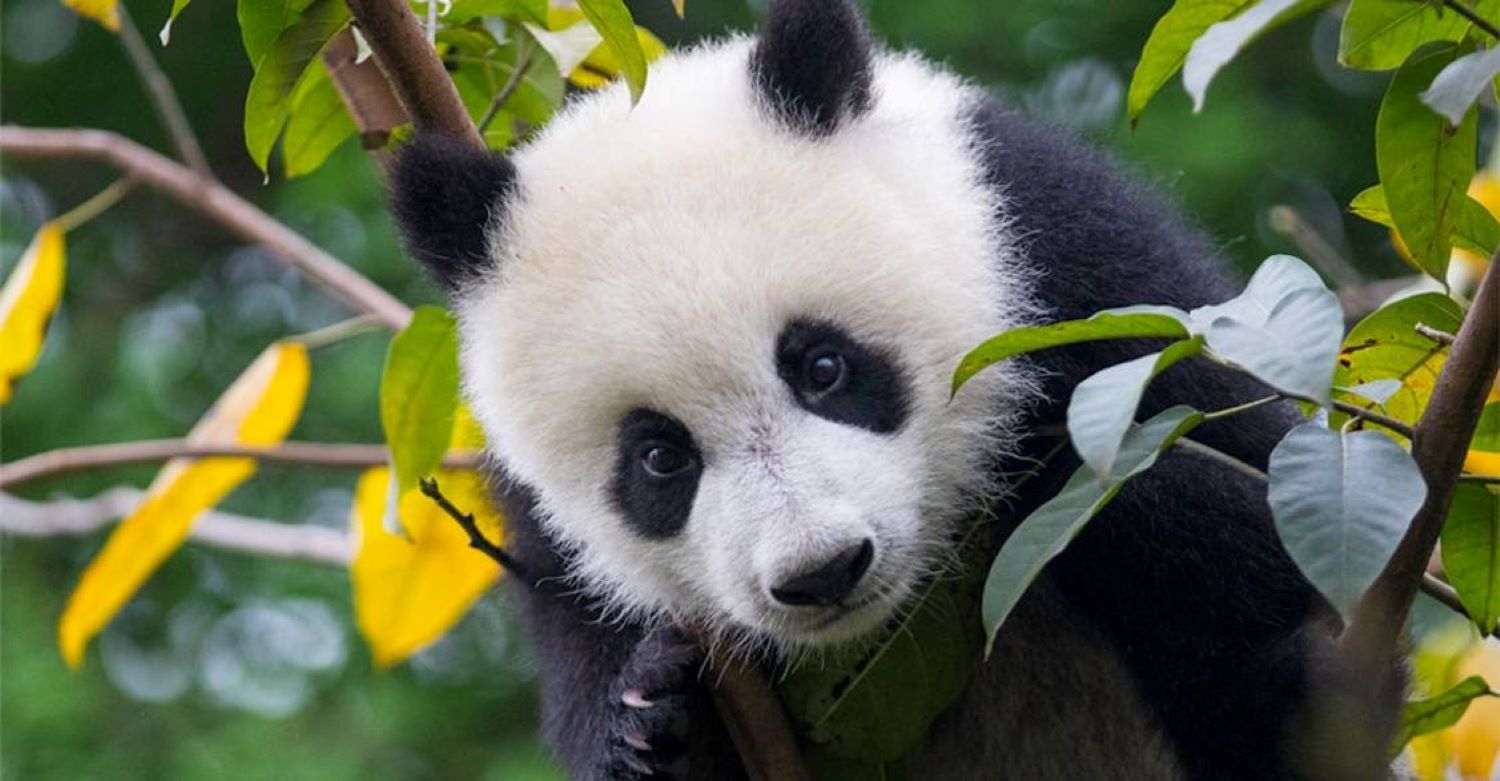 Venture with us into the last wild habitat of the giant panda—the great rivers, deep gorges and lush forests of the Minshan Mountains of the Sichuan province. With our exclusive wildlife reserve access, we are able to enter a remote, rarely visited national park sanctuary where highly elusive wild pandas live and breed freely. We also have the chance to volunteer in the care of giant pandas and photograph them at close range at three world-renowned panda research centers. While we are here, in little-visited wilderness enclaves supported by the World Wildlife Fund, we’ll see rare Asiatic black bears (or moon bears), golden snub-nosed monkeys, shaggy takin, Chinese goral, blue sheep and exquisite birds, including the golden pheasant. Our unique, carefully crafted itinerary reveals the rarely seen panda habitat and a side of China most visitors never see. 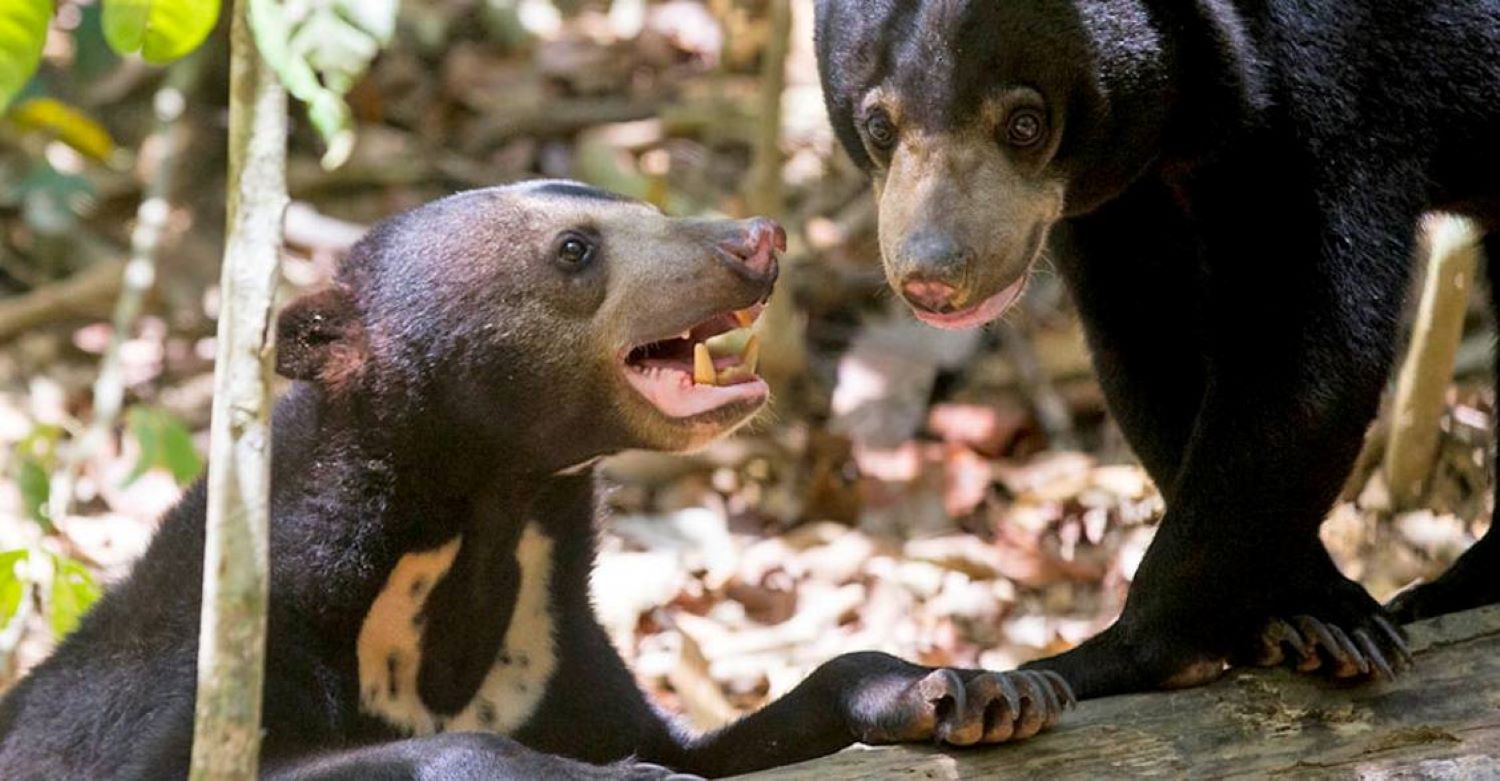 Our exploration of the world’s third-largest island—Borneo—takes us into the ancient rain forests, jungle rivers and waterfalls that host a variety of leaping, darting and crawling wildlife. We see endangered orangutans, flying lemurs, leaf monkeys and wild gibbons. If you’re drawn to bears, your favorite day may be the one we visit the Sun Bear Conservation Center, dedicated to the care, rehabilitation and release of orphaned and captive sun bears. Take an exclusive private tour with the founder, whom CNN called a “Superman saving the sun bears of Malaysia,” or one of his close conservation colleagues. This is the world’s smallest bear species, and while it enjoys a rich habitat in Borneo, it is threatened (if not extinct) in many areas of mainland Asia due to forest destruction and poaching. 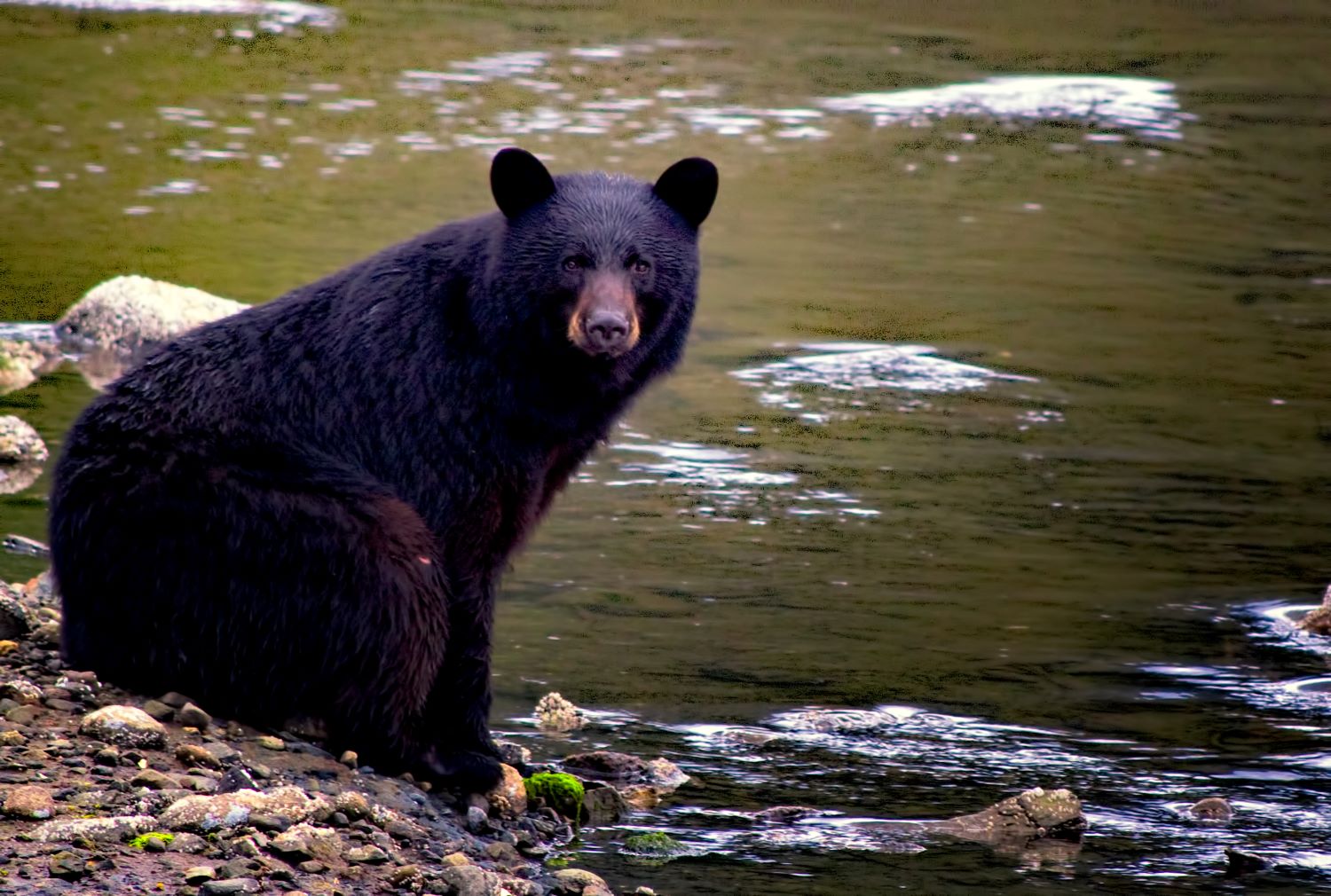 Join a Nat Hab nature tour to Yellowstone or Glacier National Park and you’ll likely glimpse an American black bear. While we often think of massive grizzlies or wondrous polar bears when we think “bear,” the black bear (the smallest of the continent’s three bear species) is often overlooked and underappreciated. They’re incredibly adaptive and able to expand their range, so while you will hopefully see one on a Nat Hab national park trip, you might just as easily see one at a vacation cabin or in a mountain town. We’ll be on the lookout in the northern portion of Yellowstone, from Elk Creek to Tower Falls, and from Mammoth Hot Springs north to Indian Creek. And, in Glacier National Park, we’ll keep our binoculars handy around Avalanche and St. Mary lakes and along the Many Glacier trails. As with all of our Nat Hab trips, we’ll also take you to seldom-visited spots where wildlife opportunities (not crowds) are more plentiful. 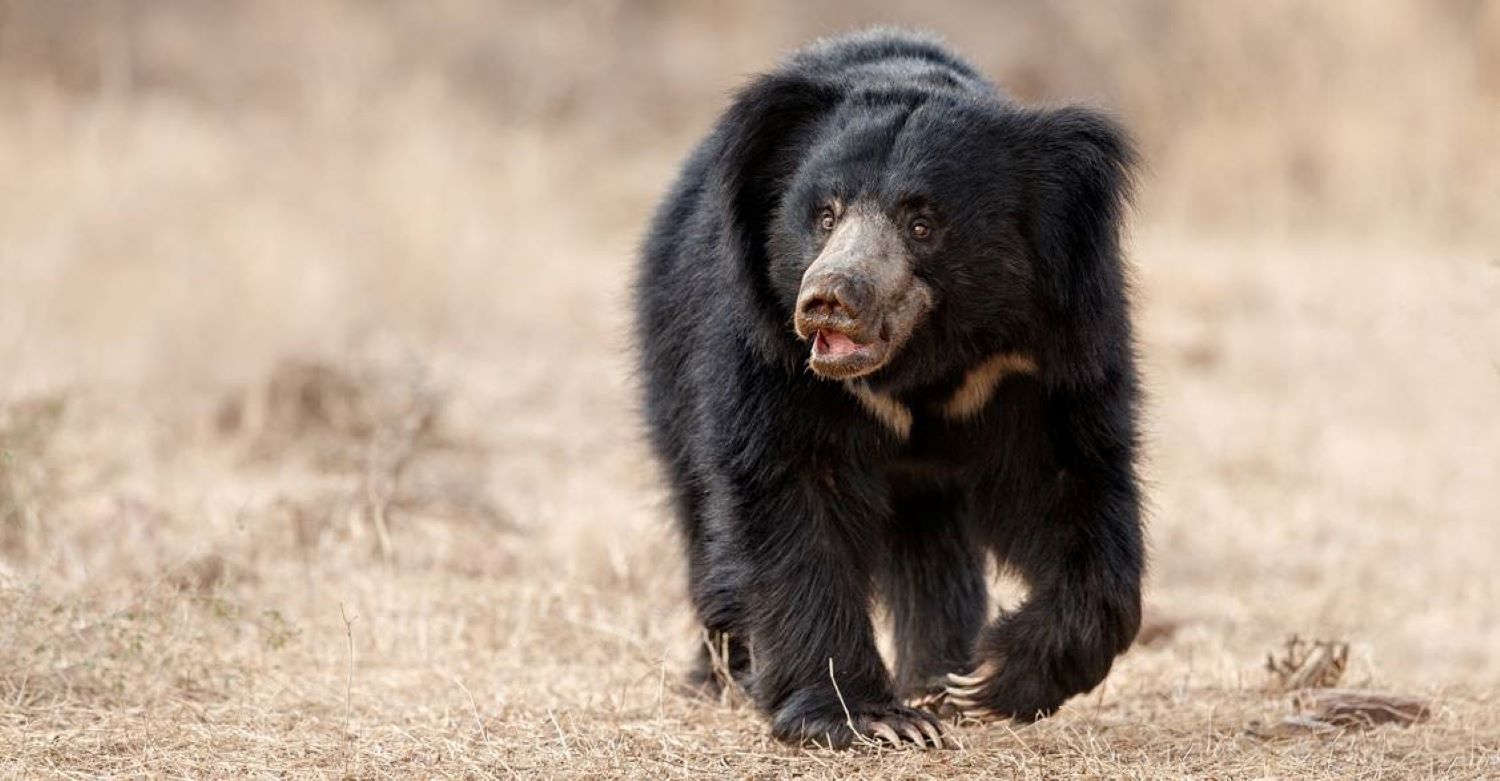 Meet the sloth bear on a Nat Hab India departure, and you’ll see it’s not a sloth at all! It was misclassified in the 1700s, likely because of its arboreal habits and long claws. Known by its thick, shaggy coat of fur that ranges in color from auburn to black, the sloth bear is found in the tropical lowland forest of India, Nepal, Bhutan, Sri Lanka and Bangladesh. On a Nat Hab trip to the Indian subcontinent, we hopefully get up close and personal with these fascinating bears as we explore three of the country’s top national parks, including Kaziranga and Bandhavgarh. Look, too, for Bengal tigers, one-horned rhinoceros, Asian elephants, barking deer and more on safari drives in open 4×4 vehicles through these varied habitats.

Meet the bears of our world on any of these immersive Natural Habitat trips. 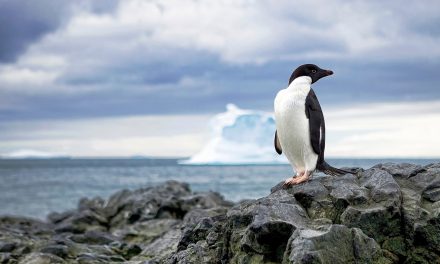 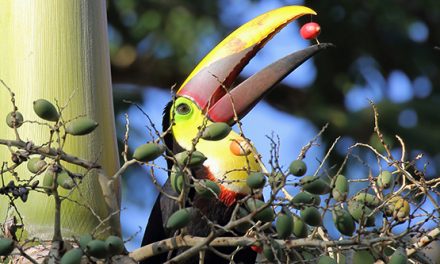 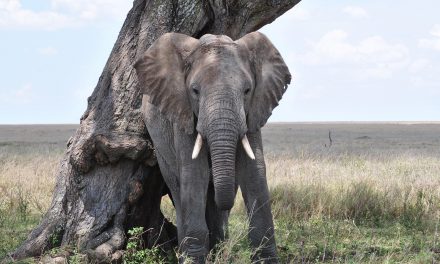 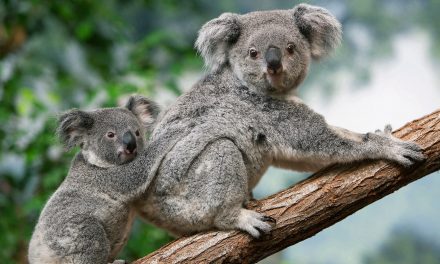