5 Places to Spot Leopards in the Wild 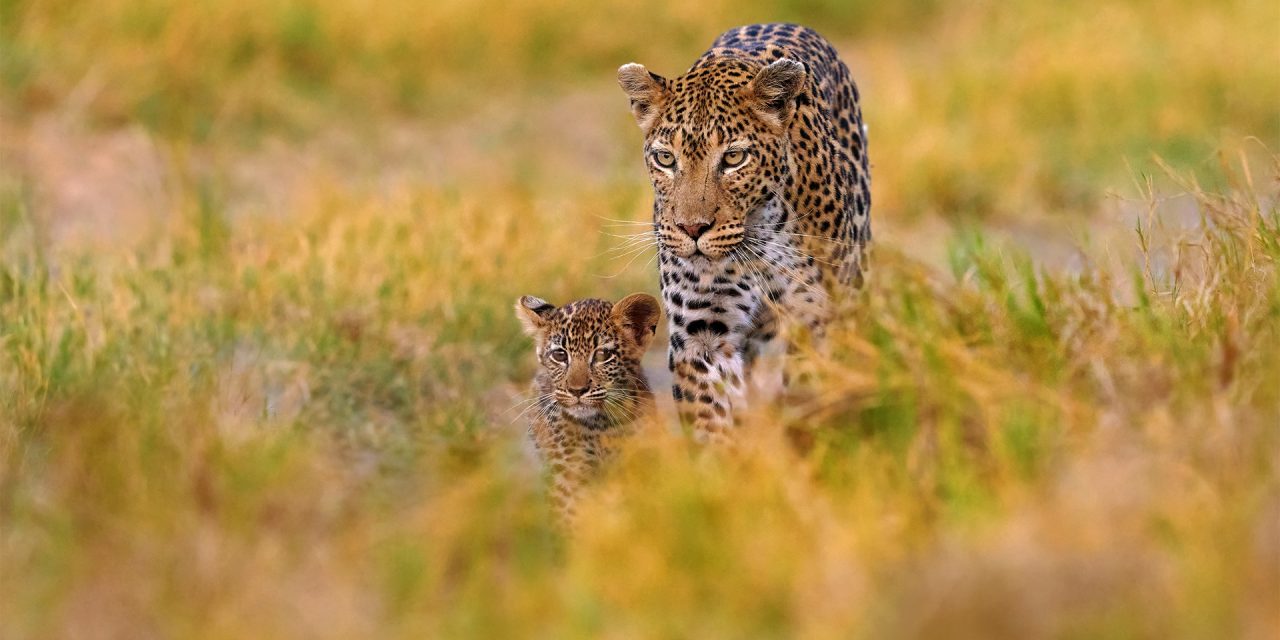 The quintessential “big cat,” the leopard is the most generalized of the Pantherines. The four others—lion, tiger, jaguar and snow leopard—are more specialized and less adaptable. Yet all share an ancestral link to a pre-historic feline that looked and behaved much like the modern leopard.

Find out where you can get up close and personal with these fascinating felines in Asia, Africa and beyond, and learn about the wildlife that shares their homes, from Asian elephants to shaggy-coated bear monkeys.

Learning About Leopards in Sri Lanka

Tear-drop-shaped Sri Lanka, located off the southern coast of India in the Indian Ocean, is a treasure trove of natural wonders. From herds of Asian elephants to troops of chattering monkeys flitting through the trees, the wildlife display is on point. Cloud forests give way to tropical lowlands and the golden beaches that ring the island. It’s within this vibrant, culturally layered, global biodiversity hotspot that wildlife lovers have the opportunity for soul-stirring sightings of the elusive leopard. If it’s big cats you seek, you’ve come to the right place.

Sri Lanka’s Yala National Park has one of the world’s highest concentration of leopards, so it’s an obvious destination choice for our Sri Lanka Wildlife & Cultural Treasures nature tour. After immersing ourselves in the country’s Central Highlands, where we visit historic tea plantations and look for the endemic rhino-horned and hump-nosed lizards in the cloud forest, we move on to the national park. At more than 320,000 protected acres, Yala was originally a hunting ground for the colonial elites under British rule but has been a wildlife sanctuary since 1900 and a national park since 1938.

From our comfortable safari camp home base, we venture out to find some of the 44 mammal species and more than 250 different bird species that dwell within the park’s rolling carpet of jungle, riverine forest, open plains, waterholes, rocky outcrops and deep blue lakes. Leopards are the dominant predator here, and our driver-guides are adept local naturalists who know where they hang out.

For two incredible days, we spend our early mornings and late afternoons on game drives in the hopes of spotting the sought-after, native Sri Lanka leopard. They are one of the nine subspecies of leopard and are recognizable by their rosette-like black spots (the pattern is unique to each leopard). The leopards are carnivores, hunting mainly at night, and often carry their prey up into the trees to protect it from other apex predators. Found in areas from open savannah to rain forests, the leopard is endangered in the wild, with an estimated population of around 800 individuals.

The challenges facing the Sri Lanka leopard include an ever-increasing island population (approaching 22 million people) and the encroachment of livestock, farmland and settlements into the wilderness. As their wild prey becomes more scarce, leopards are forced to hunt livestock, which in turn makes them more visible and vulnerable. This human-animal conflict has resulted in illegal hunting, unintentional leopard deaths by wire snare traps set for other animals, and more.

The enforcement of the Fauna and Flora Protection Ordinance gives us hope for the Sri Lanka leopard’s future, as does the education of the younger generation that the leopard is an important ecological and economic asset for the island. August 1st is now celebrated as Sri Lanka Leopard Day, further raising the endangered species’ profile.

Cross your fingers on our Grand India Wildlife Adventure. Leopards only exist in fragmented populations in India and are incredibly elusive. In addition to being low in number, they’re famously stealthy and primarily nocturnal. With all this secretive behavior, they can be hard to find and study, so we don’t know too much about their behavior.

Our efforts to see leopards in India will take us away from the big cities and into Bandhavgarh and the Brahmaputra Basin (also home to the Bengal tiger). Conservation travel is integral to protecting wildlife in India, and our very presence seeking big cats benefits the continued existence of leopards, tigers and other vanishing species. 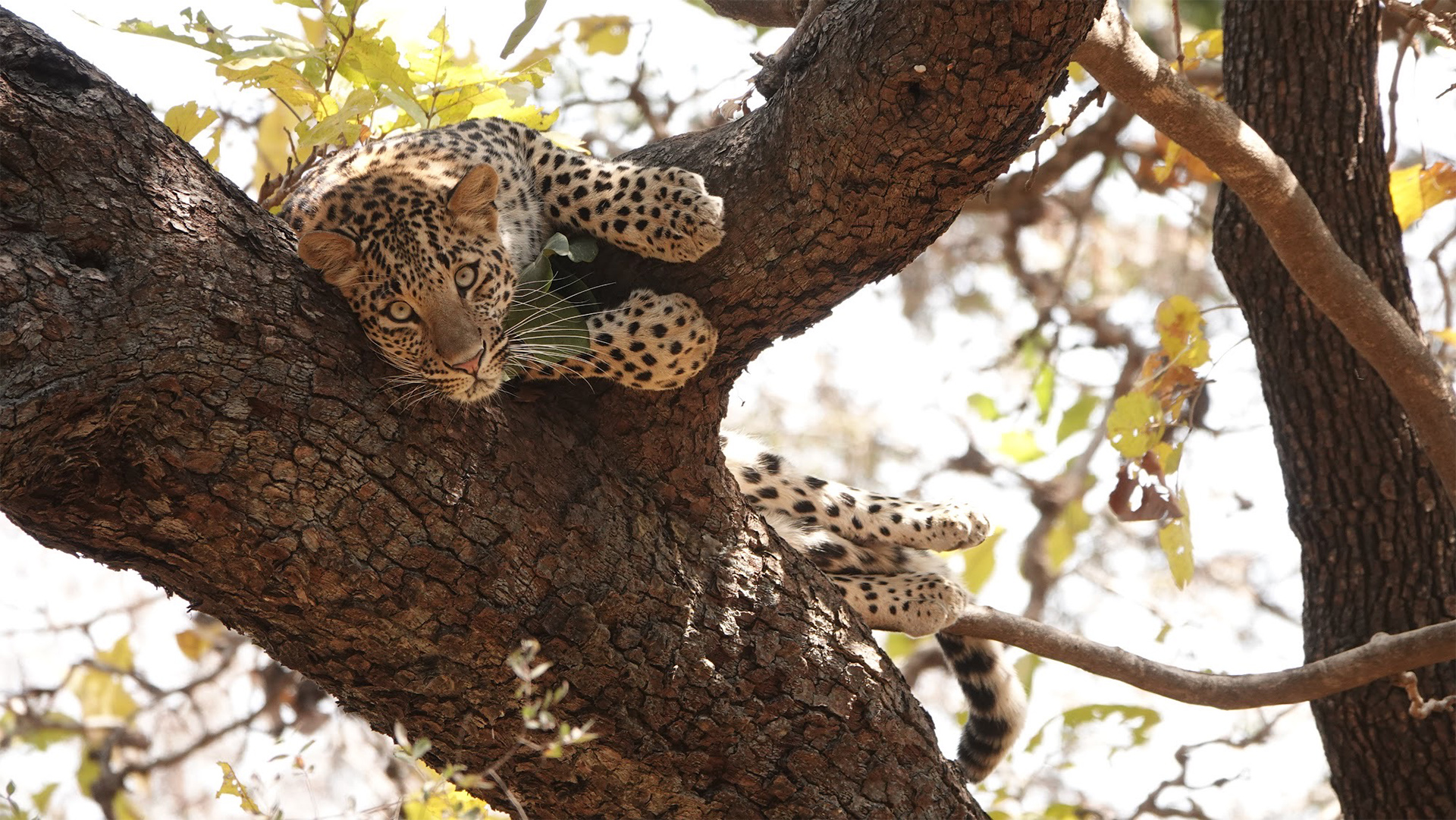 The leopards we hope to see in India are stalkers and tree climbers, much like their Sri Lankan cousins. They use stealth and surprise to capture their prey, sometimes even leaping out of trees onto their catch. Within Bandhavgarh National Park, we’ll take morning and afternoon wildlife drives through varied habitats, from sal and mixed deciduous forests to thickets of bamboo, in search of leopards, yes, but also jungle cats, civets, wild boars, barking deer, Asiatic jackals and more. And, in Kanha National Park, we’ll venture by open 4×4 vehicle to open meadows where herbivores attract leopards, tigers and dholes (wild dogs).

Leopards live in all but the most arid African habitats and are known by their hefty builds, pugmark spots and broad, white-tipped tails. Their range is far-reaching, even in suburban areas. Look for them resting on boulders and kopjes and in tall trees by the river. 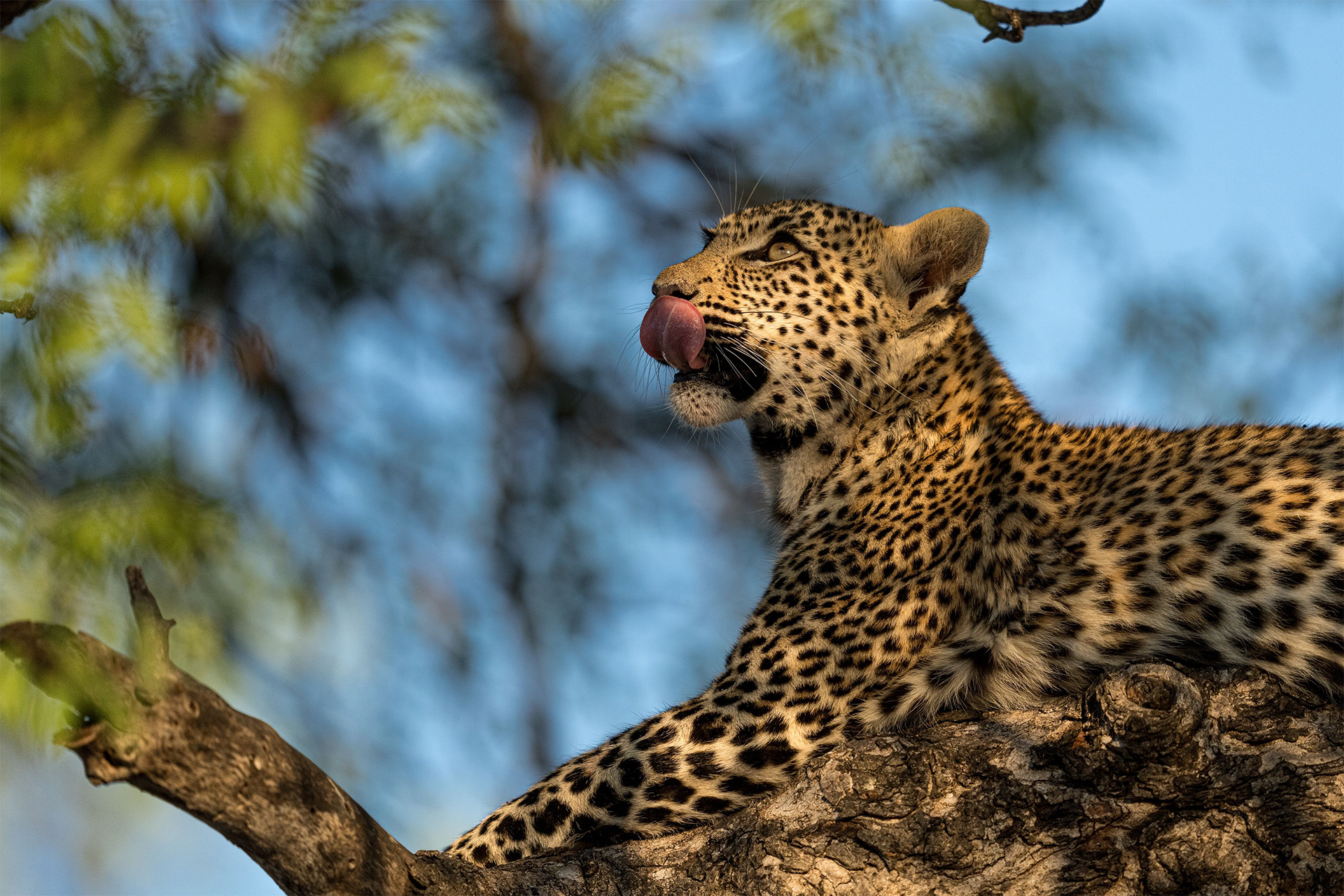 As a species, they’re adaptable, but the leopards of Africa are facing a severe drop in population as fur hunting and human encroachment create dire conflicts. Conservation efforts include enforcing laws that restrict possession and trade of leopard skins in southern Africa, installing leopard monitoring systems and training local rangers to lead leopard population studies in key habitats, including South Africa, Mozambique and Swaziland, and, finally, educating local residents, such as the Shembe communities in northern KwaZulu-Natal.

In Botswana, we visit the Okavango Delta, where we visit privately with an on-site predator researcher, learning about local studies on leopard, cheetah and wild dog. Wildlife is abundant, even right around camp, so have those cameras ready. In the Central Okavango’s Jao Private Concession, see lions and the occasional leopard within this productive wetland of palm-studded islands, forests and sprawling floodplains.

If you’re a wildlife enthusiast, you’ll likely think orangutans when you think Borneo. And you’d be correct. This third-largest island in the world contains the tallest and most ancient rain forests on Earth, dense jungles, gushing waterfalls and an array of animals, from endangered orangutans to rare proboscis monkeys to pygmy elephants.

One of the most ancient cat species in the world lives here, too—the clouded leopard, which technically is not a type of leopard, but instead a separate species of wild cat. They’re neither big nor small and they cannot roar or purr. Threatened by poaching and habitat loss, this species is more closely related to big cats than small, but bridges the gap between the two. 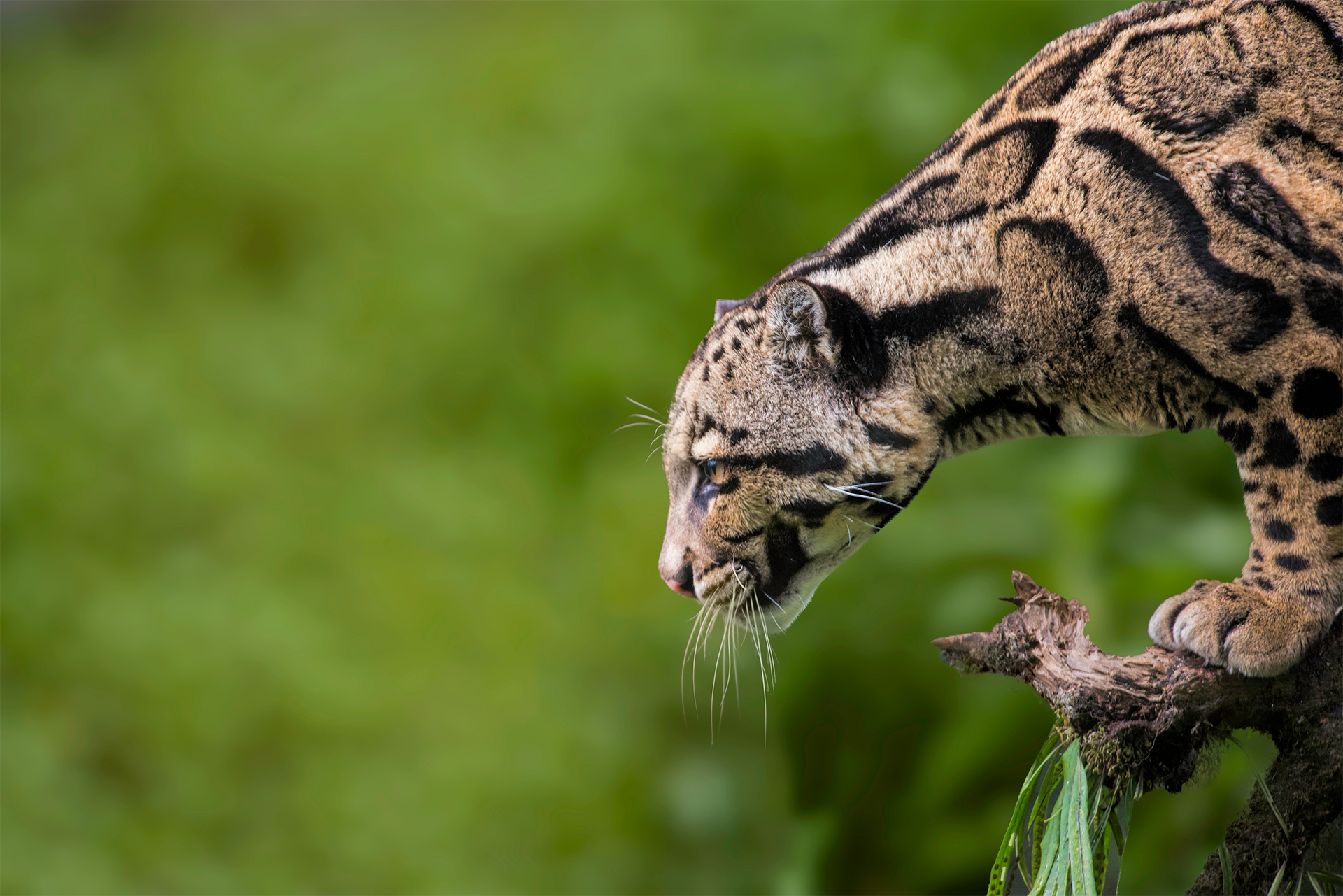 Clouded leopards are recognized for their short legs and long tail, long canine teeth, brown or yellowish-gray coat and irregular dark stripes, spots and blotches. They have adapted to their forest habitat with large, dexterous paws that make it easier to grip branches. Their specialized anklebones even allow them to climb headfirst down trees.

We look for clouded leopards on our Wilds of Borneo trip, where they resides in mangrove and swamps, but they’re also found in the lowland tropical rain forests, dry woodlands and secondary forests of Nepal, Bangladesh, Assam in eastern India, Sumatra, southern China and formerly Taiwan.

Leaving the savannas of Africa and the tropical jungles of Borneo, we move to the Russian Far East and the Jilin Province of northeast China, where we find the Amur leopard. This rare subspecies, which was recently at the brink of extinction, has found a comfortable home in the temperate forests that are in the northernmost part of their range.

Known also as the Far East leopard, the Manchurian leopard and the Korean leopard, these cats can leap more than 19 feet horizontally and up to 10 feet vertically and can run at speeds of up to 37 miles per hour! They’re strong, carrying away and hiding their kills so as to not lose them to other nearby predators. The Amur is a largely solitary leopard, with one individual occupying a territory as large as 58 square miles. 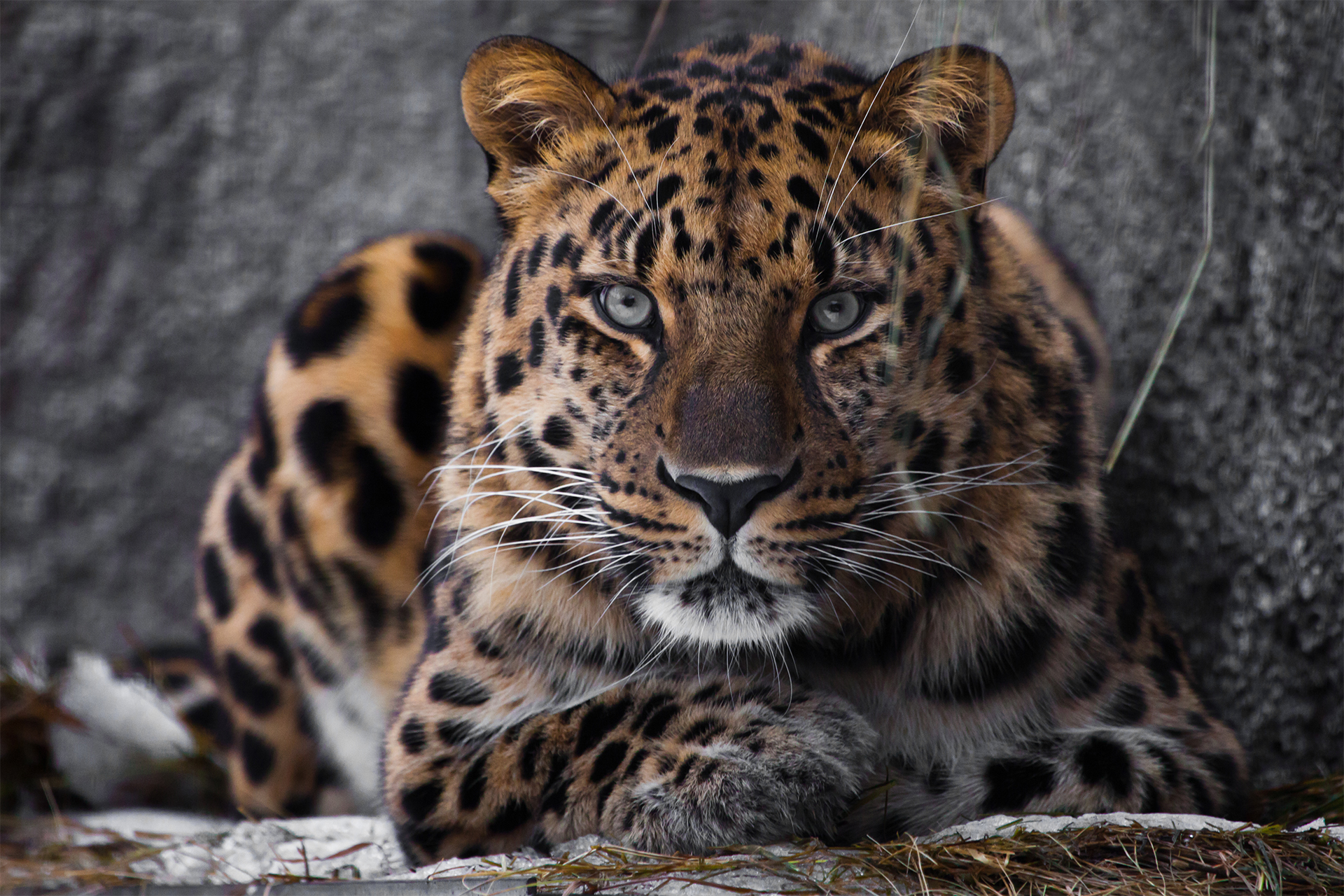 While the rare cat is threatened, its population numbers have increased slightly in recent years. According to Wildlife Vets International, “In 2015, Russia approved a plan to reintroduce captive bred Amur leopards to the wild. This exciting development is the culmination of many years of hard work by Russian and international conservationists.” WWF is also hard at work, working to stop poaching and trade, monitoring populations and protecting amur leopard habitat in both Russia and China.

Your travel with us to leopard habitats around the world, embracing our conservation-minded ethos, is your first step in helping protect these endangered big cats. By using your tourism dollars in leopard habitats, you’re benefiting the local communities, outreach efforts and education. Your very presence in these areas is a powerful incentive to residents to protect their natural resources and to recognize that their wildlife is more valuable alive than dead and that wild lands are worth more intact than degraded.

From Borneo to Botswana, come see big cats with us!