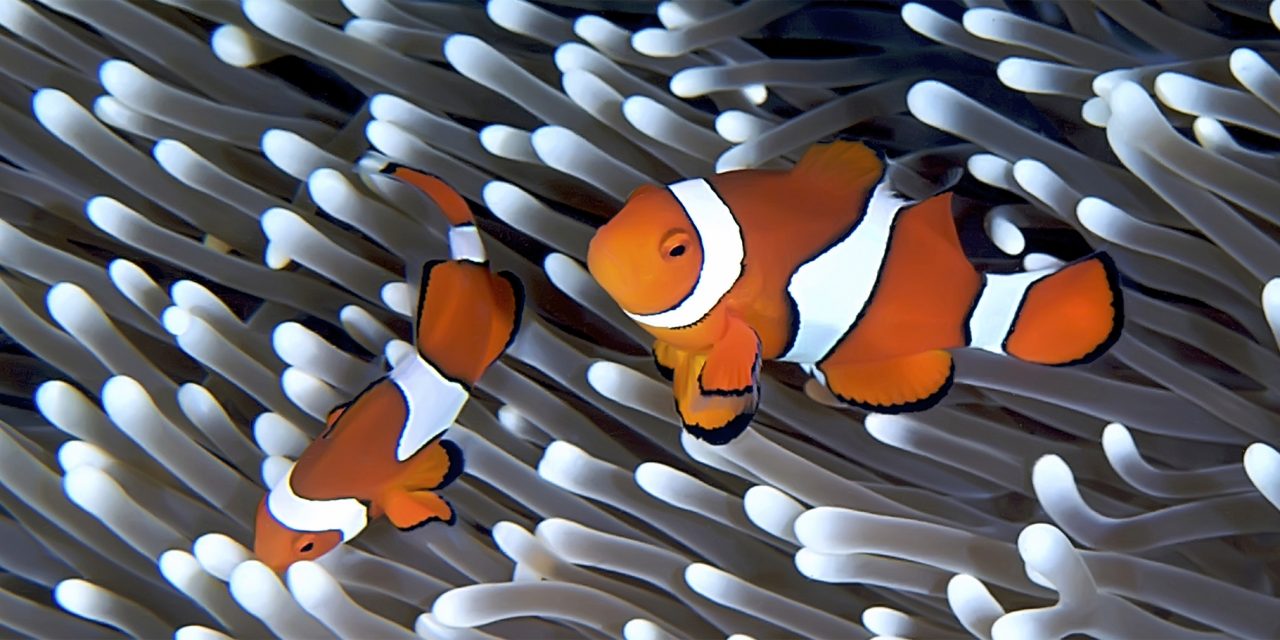 As the great naturalist Charles Darwin once said, “In the long history of humankind (and animal kind, too) those who learned to collaborate and improvise most effectively have prevailed.” There are millions of different species on this planet, and many of them have to share the same habitat and resources. Wildlife has had to figure out how to coexist without pushing other species to extinction. Some creatures forge lifelong relationships with entirely different organisms in order to get through the day just a bit easier. When two or more unlike organisms live together, biologists refer to this as symbiosis, a term derived from the Greek words ‘symbios’ (living together with another) and ‘bios’ (life).

The importance of symbiotic relationships to all living organisms on the Earth cannot be understated—symbiotic relationships remain critical to maintaining balance in nature. Without these relationships, there would be no coral reefs, trees would not multiply as much if not for the help of the birds and insects that transport their seeds, and even human beings might not have survived long enough to evolve into Homo sapiens. While adventuring in nature, it’s dramatic to watch a predator chasing its prey, but just as majestic is to watch two animals collaborate in harmony. Here are some of our favorite symbiotic pairings in nature:

Sea anemones are shrewd predators. Instead of seeking out and hunting their prey, they are patient campers. They live a static existence, attached to rocks or corals in the sea, catching food that passes by them using their tentacles, which have stinging cells called nematocysts that release powerful toxins to paralyze prey. Once injected with the paralyzing neurotoxin, the prey is guided into the mouth by the tentacles.

Plankton and small fish comprise the main diet of sea anemones, but an exception is the clownfish, as they secrete a substance in the mucus that covers their body that makes them immune to the anemones’ venom. The clownfish can relax as they swim between the tentacles of the anemones, knowing they are protected from potential predators that get stunned by the sea anemones. And the vividly colored clownfish are rather conspicuous, so they attract other small fish, which are then caught and devoured by the anemones. One organism provides safe shelter, while the other repays the favor by attracting food. It’s possible to see these two friends on our Australia North tour, where we have the chance to snorkel the world’s largest reef.

Another unlikely marine pairing is that of hermit crabs and sea anemones. By poking the anemone with its pincers and holding it in place, the crab convinces it to latch on to its shell. While the anemone snags itself an easy ride across the seabed piggybacking on the hermit crab’s back, they do their part by serving as a bodyguard, using their barbed tentacles to ward off hungry hermit predators.

Similar to the mutualistic relationship between the clownfish and sea anemones, many species of shark have established an alliance with pilot fish. The pilot fish is a great help at ridding the shark of parasites and also at cleaning away fragments of food caught between the shark’s teeth. In return, it receives protection against other predators. The companionship between these two species is said to be so rock solid that there are even stories of distressed pilot fish following trawler vessels months after “their” shark was caught. 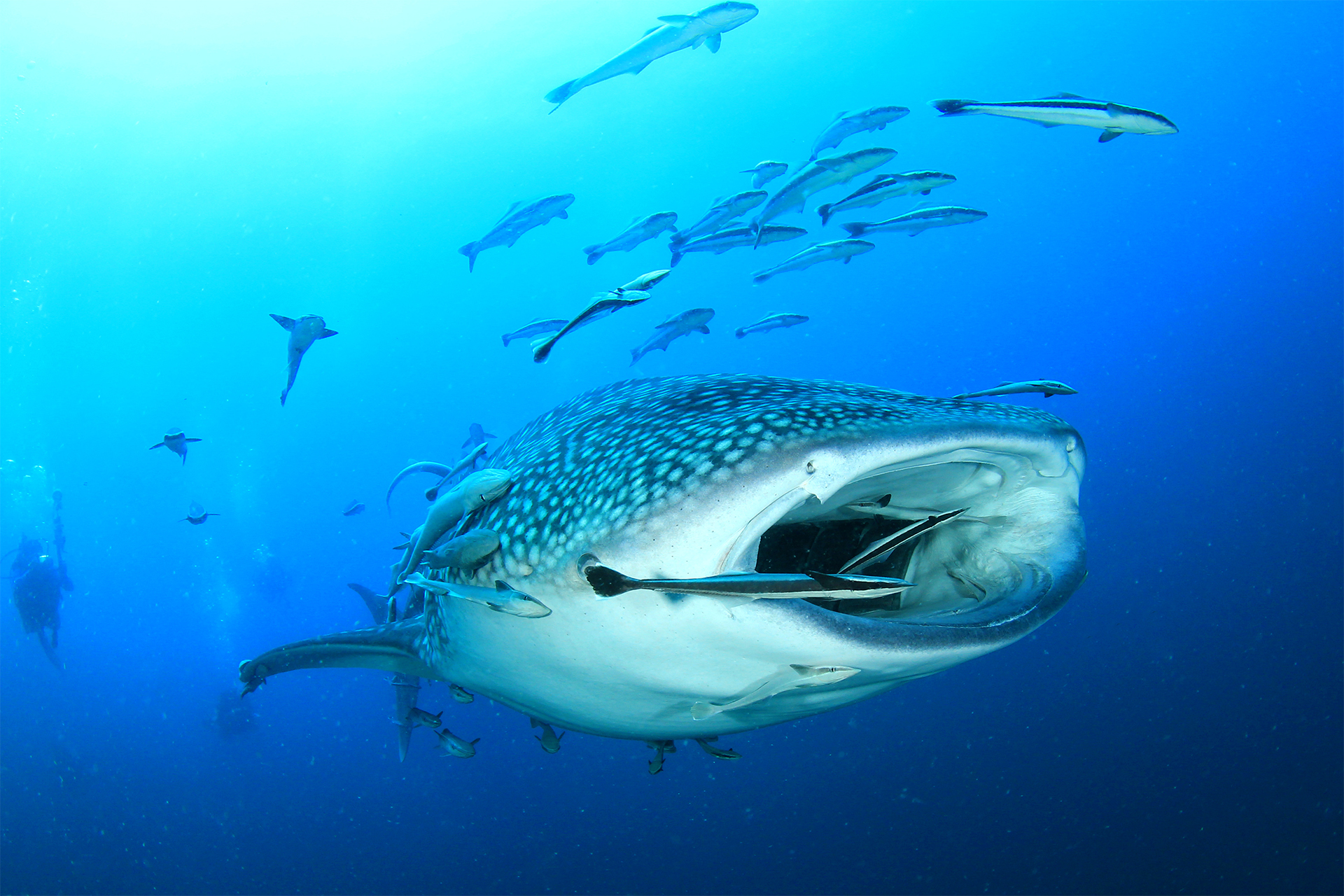 The Nile crocodile is pretty famous for being antisocial and aggressive whenever an uninvited guest crosses into their territory—with one exception, the Egyptian Plover, also known as the “crocodile bird.” After eating, a crocodile will plod onto the riverbank, cozy in, and sit with its mouth wide open, signaling for the plover that it’s okay to enter the croc’s mouth to pick off tiny bits of remaining food that remain in its teeth. The plover gets an easy meal and the croc gets its teeth constantly cleaned. On our Pride of East Africa safari, you may have a chance to see these unlikely pals casually hanging out together.

With speed being their predatory strong point, coyotes usually rely on vast, open environments like those we visit on our Hidden Yellowstone and Grand Teton Safari to hunt down and kill their prey. Badgers, on the other hand, are diggers, snagging their prey from within their subterranean burrows. In some parts of North America, coyotes have been observed waiting strategically outside burrows for animals such as squirrels fleeing from an attacking badger.

While both parties rarely benefit from any one hunt, it all works out in the end. Research has suggested that coyotes that partner with badgers catch around one-third more prey than lone coyotes. The coyote often gets a meal, although just as often, from sensing the danger posed by the coyote some animals remain in their burrows—which allows the badger a prime opportunity to hunt them. 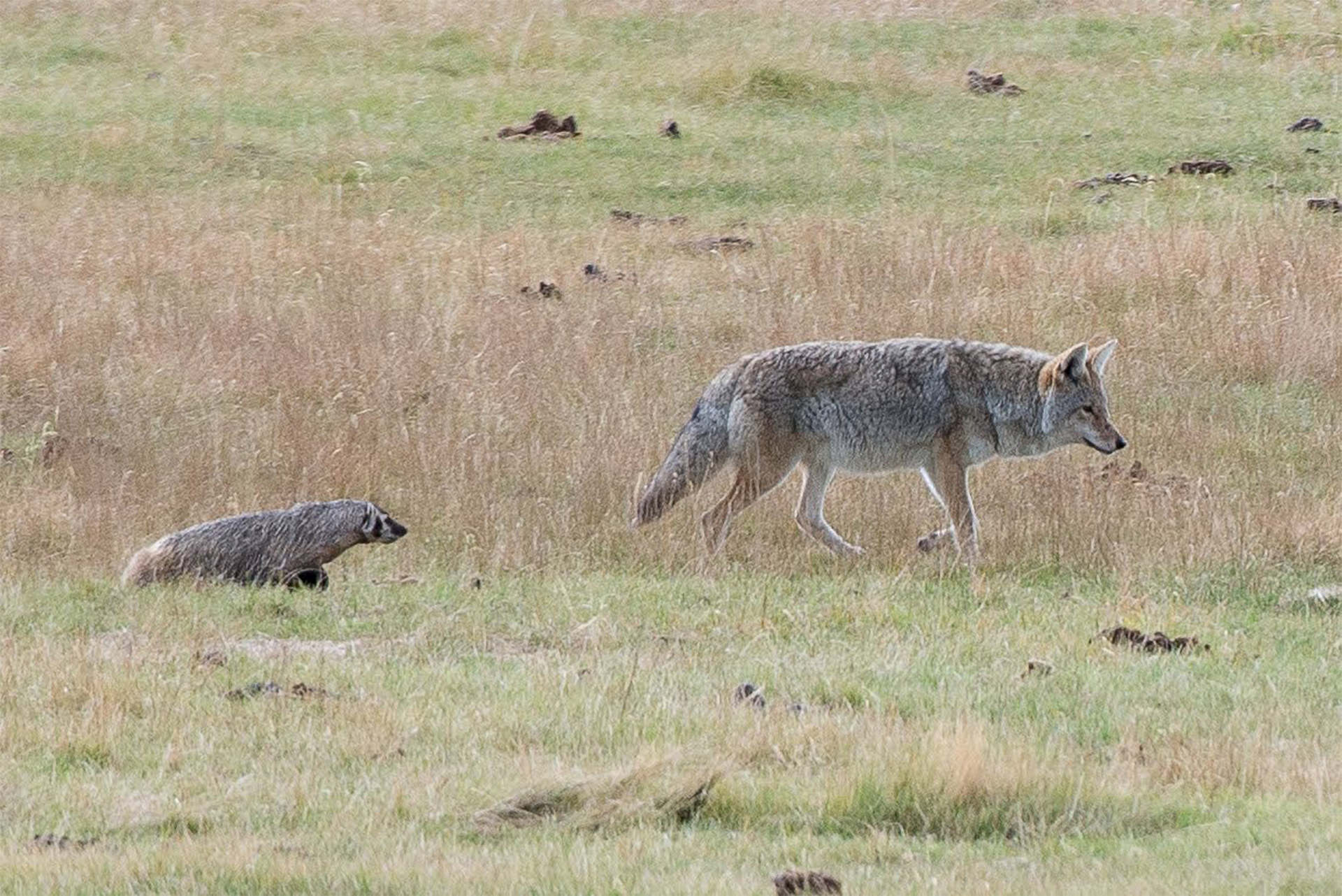 What on earth would a tarantula need from an animal it could easily kill and eat? The spider benefits from the frog chowing down on carnivorous ants that attack and eat the tarantula’s eggs. In return, the South American amphibian gets to relax, as it knows it is protected from fierce jungle predators.

The partnership between bird and mammal is an entertaining one, and it is one we always cross our fingers to spot on our Botswana: Kalahari, the Delta and Beyond trip. The drongo serves as a lookout for hunting meerkats and gives a warning cry whenever a predator comes close. When they hear the alarm, the feisty little meerkats scramble back to their burrows, often dropping any prey they have captured in order to speed up their escape. The majority of the calls made by the drongo are genuine and really do help the meerkats—but the bird has learned over time that by crying false alarms, it can swoop down and pick up an easy meal dropped by a fleeing meerkat. 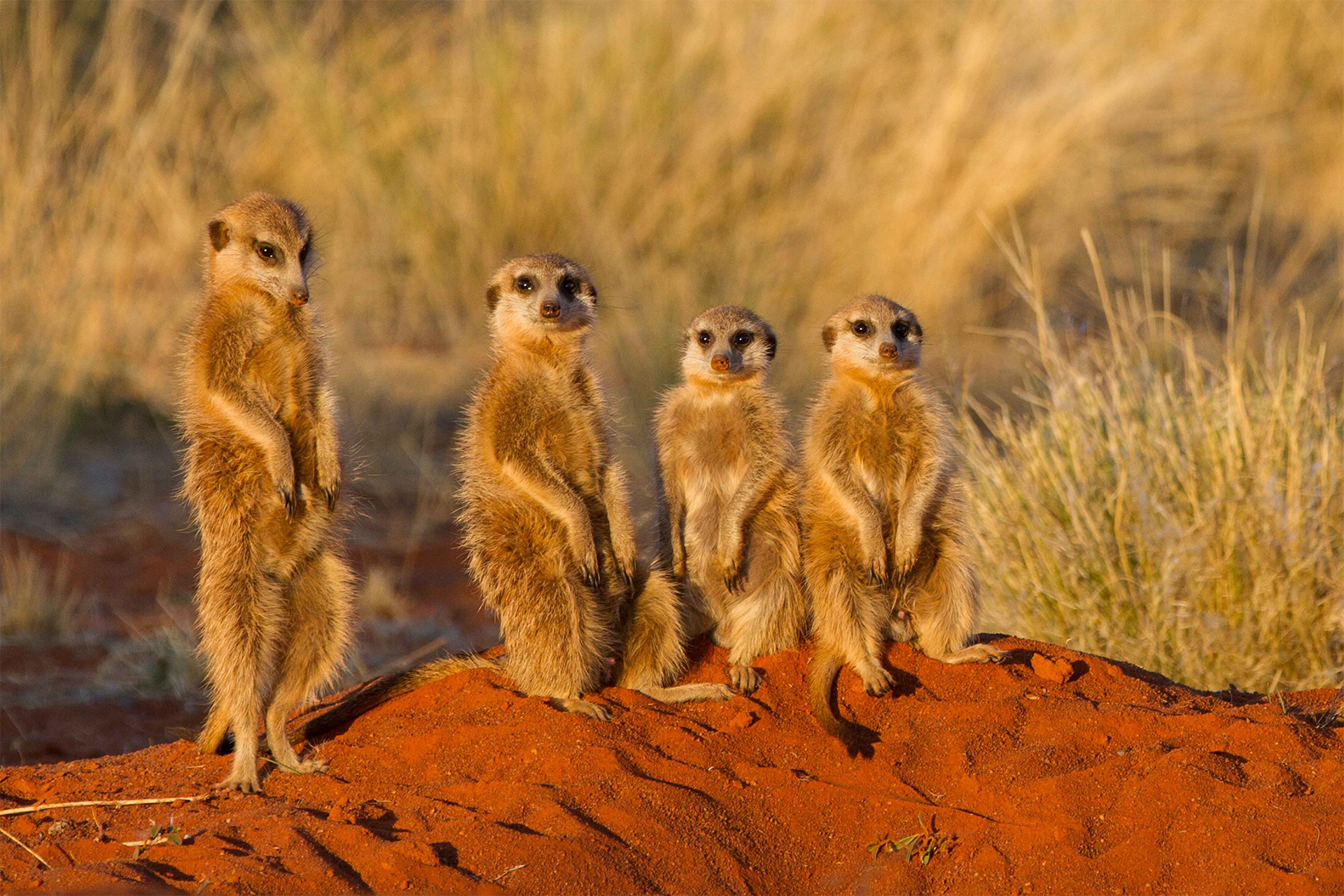 During the day, to avoid being eaten, the bobtail squid hides by burrowing itself into the sandy ocean floor, even attaching sand particles to itself for camouflage. At night, the squid cautiously leaves its hiding spot and forages in the water column aided by the help of the bioluminescent bacteria species Vibrio fischeri. The bacteria are housed in a special structure within the squid called a light organ, and the light shines through the muscles and skin of the ventral side of the squid. At night, the glow radiating from the bacteria matches the moonlight piercing the water from above, preventing the squid from casting a shadow and camouflaging it well. In return for luminescent powers, the bacteria are provided with a safe place to live and plenty of constant, easy food.

The beastly buffalo and the small red-billed oxpecker might seem an unlikely pair, but they actually enjoy one of one of the most successful symbiotic relationships in nature. The oxpecker provides two valuable services: ridding the buffalo of parasites and other bothersome bugs and acting as an “early warning system” by way of a hissing noise the bird makes when predators come near. In return, the never-ending quantity of insects and parasites offers an infinite source of nutrition for the oxpeckers, whose beak appears to be designed specifically for being able to dig deep into the host’s thick skin to find its food. 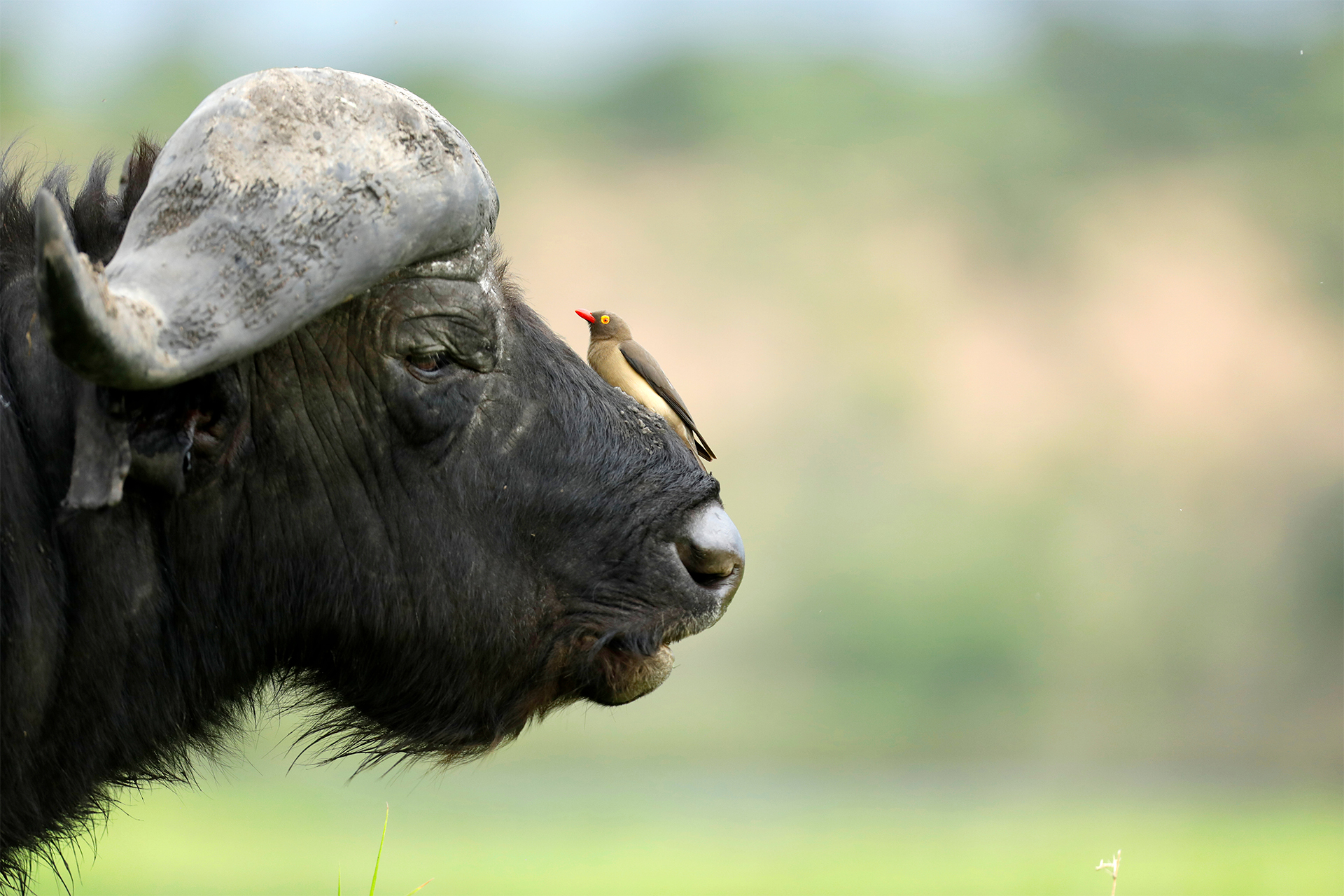 Symbiosis isn’t just animals helping animals. Leaf cutter ants, for example, bring back plant matter to feed the fungi they then later eat. Pitcher plants are also greatly helped by the animal world. They are carnivores that use nectar at the rim of their tube-like structure to attract prey. A slippery substance at the rim causes these animals to slide into the digestive juices contained in the plant’s version of a stomach. But woolly bats have been known to clamber right into Nepenthes hemsleyana, a tropical pitcher plant found in Borneo. While the bat gets a place to rest, the plant benefits by catching the guano fecal matter from the bat, which provides the plant with the nutrients it needs to survive. 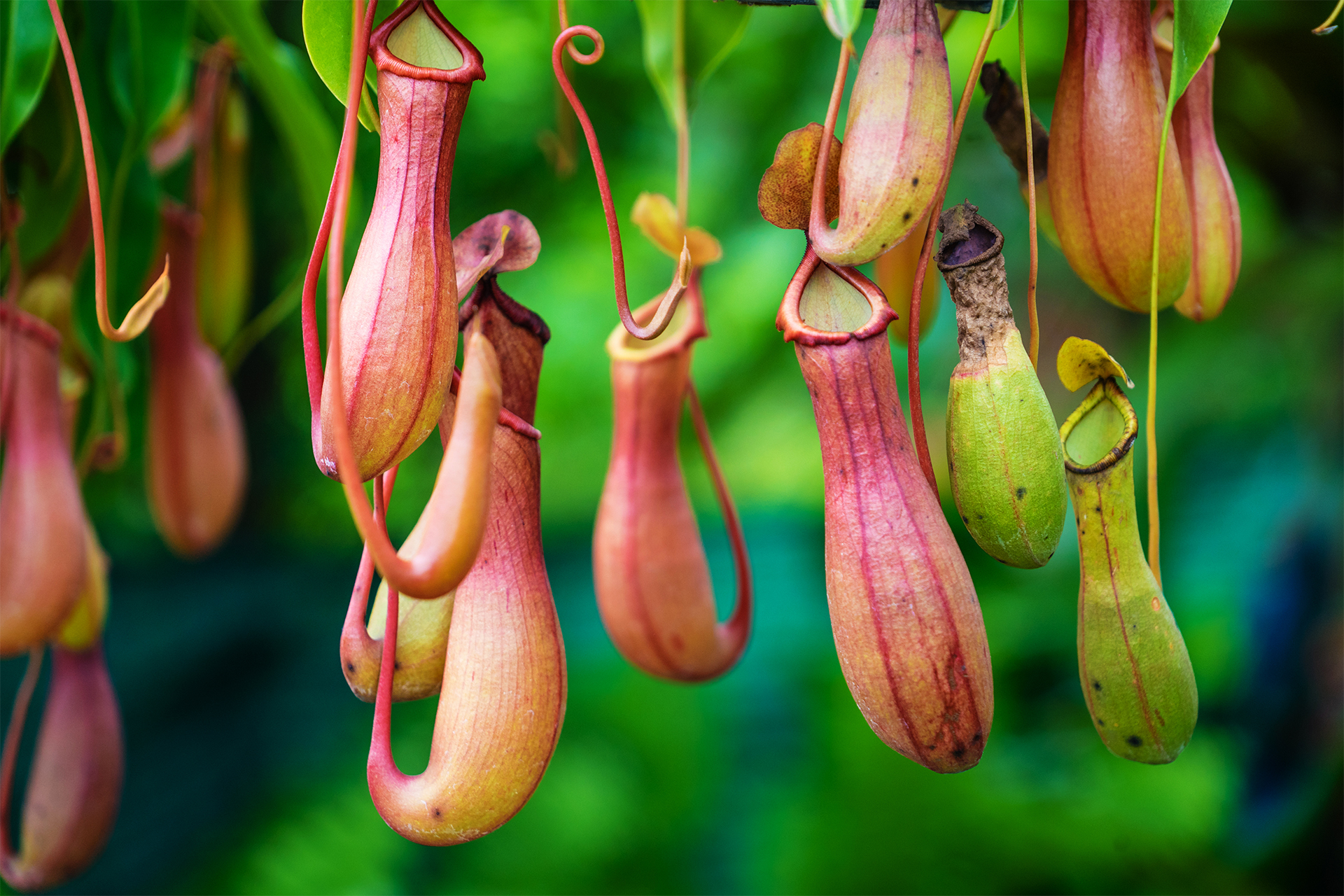 The next time you plan a vacation to see nature, think past getting to witness exciting predator-prey relationships in action. Watching two species cooperate to ensure the well-being of both speaks just as much to the power and wisdom of the natural world! 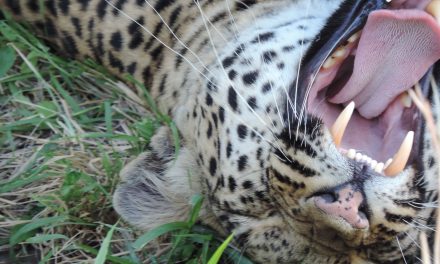 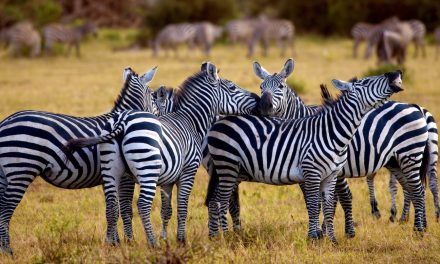 Why Do Zebras Have Stripes? 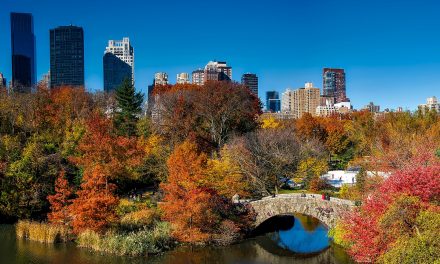