U.S. coastal cities are vulnerable to severe and more frequent flooding due to sea-level rise caused by climate change. Despite warnings, we build in regions likely to be submerged. ©Bart Everson, flickr

Close your eyes and picture a world with no more dire warnings about climate change and what will happen if we do nothing to stem its tide. Envision seeing no more graphs of the projected spread of CO2 emissions, illustrated by neon swirls. Imagine no more hearing about research studies that use computer models to forecast sea-level rise.

Now open your eyes. That world is here.

Sounds good, doesn’t it? Unfortunately, we haven’t entered into a kinder, gentler era. A world without climate change warnings is here because the time for warnings is over. We’ve crossed the line into a new reality.

The first mammal to go extinct due to climate change has been documented. The location of the North Pole has already moved. Australia’s Great Barrier Reef isn’t just threatened—50 percent is dead or dying and 93 percent is bleached. The results of human-caused, rapid climate change are no longer just a worst-case scenario for a scary future waiting for us around the bend. They are our news-of-the-day headlines.

No wall will keep our own refugees out

Now, our nation’s first set of climate refugees has been identified. They come from the Isle de Jean Charles, a spit of land connected to Louisiana by bridge. In January 2016, the Department of Housing and Urban Development announced grants totaling $1 billion in 13 states to help communities adapt to climate change, by building stronger levees, dams and drainage systems. Of that money, $48 million is slated to go to Isle de Jean Charles.

However, the Isle de Jean Charles grant marks a milestone: it is the first allocation of federal tax dollars designated for moving an entire neighborhood struggling with the impacts of climate change. Under the grant’s terms, island residents are to be resettled to drier land and a locality that as of now does not exist. All funds have to be spent by 2022.

Louisiana is not the only place with climate change refugees or soon-to-become refugees. The inundation of all of our coasts has begun. According to an article in The New York Times on September 3, 2016, increased tidal flooding in Fort Lauderdale, Florida, is forcing the city to spend millions fixing battered roads and drains—and, at times, to send out giant vacuum trucks to suck saltwater off the streets. In Miami Beach, local fees have been increased to finance a $400 million plan that includes raising streets, installing pumps and elevating sea walls.

Over the past decade, human-caused climate change is to blame for three-quarters of coastal flooding events. ©Tobin, flickr

Things aren’t much better on the West Coast. The Pacific Ocean will rise quickly off states such as California and Oregon, now that El Nino, a climate pattern that previously had pushed billions of gallons of water toward Asia, is ending.

No acts of Congress to ensure our national security

At Naval Base Norfolk, the land is sinking as sea levels are rising. ©Kevin Coles, flickr

On the East Coast, in Norfolk, Virginia, with a population close to 250,000, it’s calculated that $1.2 billion is needed to guard against flooding—or about $5,000 per person in the city.

At Naval Station Norfolk, the world’s largest naval base, the Pentagon has constructed floodgates and other protective measures at some facilities. But efforts by the military to develop broader plans to deal with the consequences of climate change have met fierce resistance in Congress. This summer, an attempt by the Pentagon to appoint officers to take charge of climate resilience resulted in a House vote prohibiting taxpayer money from being spent on the program. Ken Buck, a Republican congressman from Colorado, recently called one military proposal part of a “radical climate change agenda.”

That stance is ironic, as the nation’s capital isn’t immune. Just north of Washington, D.C., the Potomac River turns into a tidal estuary as it flows toward Chesapeake Bay to the south. Since 2001, the average number of days a year the Potomac is above the flood threshold is 25—up from five before 1971.

In 2010, the U.S. Army Corps of Engineers began a $4.1 million project to improve flood protection for Constitution Avenue and the Federal Triangle area—home of the Internal Revenue Service, the departments of Justice and Commerce, and the National Archives. The corps is building a 380-foot-long, nine-foot-tall barrier across 17th Street near the Washington Monument.

Now that the effects of rapid climate change are here, some places will just have to be abandoned. ©Jakob Lawitzki, flickr

However, a huge earthen wall—built in the 1930s on the north side of the Lincoln Memorial Reflecting Pool—still needs to be raised by up to 3.5 feet. But Congress hasn’t approved the $7.1 million needed to finish it.

I wish I had a machine that would allow me to travel back in time. If I could go back 50 years, I would protest harder against actions that increased atmospheric CO2, I would speak louder to defeat laws that whittled away at our clean water and clean air, and I would write more passionate letters to more lawmakers in defense of our planet.

I know I wouldn’t set that machine for 50 years into the future. I wouldn’t have an answer for those curious yet-to-be-born people, who would ask me why when this generation had so many warnings about the risks of human-caused climate change, we didn’t listen. 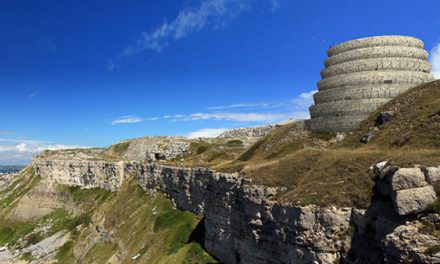 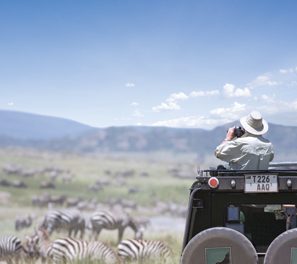 Announcing the Winner of our “Wild Wonders” Contest! 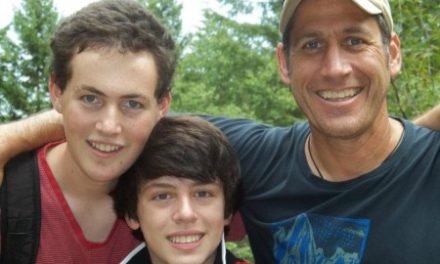