Spotting elk is one the major highlights of wildlife-watching in Rocky Mountain National Park.

“Walk away quietly in any direction and taste the freedom of the mountaineer. Camp
out among the grasses and gentians of glacial
meadows, in craggy garden nooks full
of nature’s darlings. Climb the
mountains and get their good tidings, Nature’s peace
will flow into
you as sunshine flows into trees. The winds will blow their own
freshness into you and the storms their energy, while cares
will drop off like
autumn leaves. As age comes on, one source of enjoyment
after another is closed,
but nature’s sources never fail.”

So wrote John Muir in his book Our National Parks, published in 1901. He authored the tome, as he states in the preface, “to show forth the beauty, grandeur and all-embracing usefulness of our wild mountain forest reservations and parks, with a view to inciting the people to come and enjoy them, and get them into their hearts, that so at length their preservation and right use might be made sure.”

And one of our wildest “mountain forest reservations and parks” is Rocky Mountain National Park.

Rocky Mountain National Park is one of the highest national parks in the U.S. ©mark byzewski, flickr

Established on January 26, 1915, Rocky Mountain National Park encompasses 415 square miles of spectacular alpine tundras, forests and other mountain environments in the heart of Colorado’s Front Range. It’s one of the highest national parks in the nation, with elevations from 7,860 to 14,259 feet. Sixty mountains top 12,000 feet, with the highest point being Longs Peak. Trail Ridge Road, which crosses the Continental Divide and reaches up to 12,183 feet, is the highest continuous paved road in the United States. Several small glaciers and permanent snowfields are found in high-mountain cirques.

Along with its striking scenery, the park has 67 native mammal species, providing almost unsurpassed opportunities for wildlife-viewing. Bighorn sheep move to low elevations in late spring, when they descend from the Mummy Range to Sheep Lakes in Horseshoe Park. Here, they graze and eat soil to obtain minerals not found in their high-mountain habitat. Take a drive at dusk during the summer, and you’re sure to see elk and mule deer herds. And every fall, elk descend from the high country to montane meadows for the annual breeding season. Their eerie, bugling calls echo through the autumn nights.

To protect the park’s bighorn sheep, a Bighorn Crossing Zone was created in Horseshoe Park. In late spring and throughout the summer, rangers control traffic as sheep move to and from the meadow.

At almost any time of the day, you can spot moose. Each individual establishes a range and may stay in a given location—usually areas with aquatic vegetation and willows—for days or weeks. Wild sanctuaries such as Rocky Mountain National Park allow coyotes to roam undisturbed. They can be seen frequently during the daytime hours and heard howling at night.

You could run into yellow-bellied marmots taking part in their morning and evening feedings; or pikas at elevations generally above tree line, around talus slopes and in mountain meadows. Rocky Mountain National Park is unique in that two different subspecies of pikas—northern and southern—meet here and even interbreed in some areas.

Throughout the year, black bears, cougars, eagles and hawks may be encountered.

Watch the video below, titled Rocky Mountain, from More Than Just Parks. Filmed in 8K resolution over several years, the video lets you experience all four seasons of life high in the wild heartland of the Continental Divide. In spring, wildflowers splash the meadows and hillsides with botanical color. In summer, the serenity of clear mountain lakes and the majesty of sunrises over rocky mountain peaks call. In fall, golden aspens whisper in the wind. And those brave enough to venture into the cold during the winter are treated to snowscapes unlike any other.

The most often repeated part of the John Muir quote above is the sentence: “Climb the mountains and get their good tidings, Nature’s peace will flow into you as sunshine flows into trees.” And as you’ll learn via this video, climbing into Rocky Mountain National Park is entering into a living showcase of starry nights, captivating wildlife, and the grandeur of alpine and subalpine worlds. 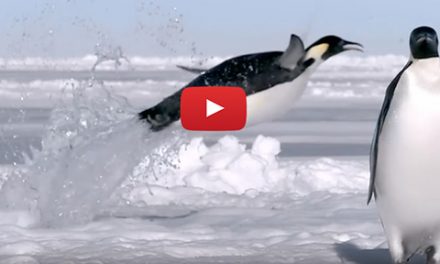 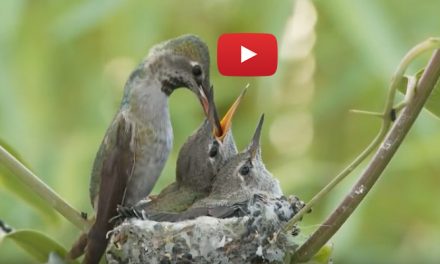 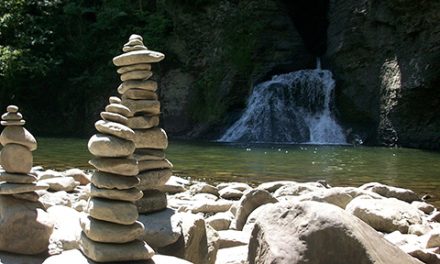