The list of the Seven Natural Wonders of the World names the places—such as the Grand Canyon—where nature is sure to enchant us and put us in absolute awe.

It’s time to say farewell to 2020; and for many of us, we’re happy to do it—perhaps more so than for any other year we’ve ever experienced. For those smitten with wanderlust, 2020 was definitely the “year of lost travels” and missed opportunities for connecting with other people and cultures around the globe. The hope is that in 2021 we’ll travel more gratefully, more thoughtfully and with more sensitivity toward others and the environment.

It could be said that the one good thing that the pandemic did for us is to shine a light on just how important the natural world is for our physical and mental health. Most of us will come out of this lost year with a new respect for how nature works. And, when we are able to get out and widely explore again, we’ll want to visit natural places that, recently, we’ve personally learned have the capacity to soothe our souls.

In 1997, the Cable News Network (CNN) put together a list of what their editors and experts thought were the most amazing creations of nature based on statistical and traditional significance, uniqueness and pure splendor. As criteria, they determined that such a natural wonder must be a clearly defined site that was not produced or significantly altered by humans. They titled the list “The Seven Natural Wonders of the World,” and it’s still the gold standard today.

The aurora borealis (or northern lights) is named after the Roman goddess of dawn, Aurora, and with the Greek term for the north wind: boreas.

The places on that roster are:

If you’re looking forward to revamping your travels for 2021, Natural Habitat Adventures can take you to four of them.

Also known as the northern lights, the aurora borealis (in the Southern Hemisphere, the same phenomenon is called the aurora australis) intrigues everyone who’s lucky enough to see these blue, green, pink, red, violet and yellow arcs, patches, rippling curtains or shooting rays along the horizon or waving across the night sky. Humans have created legends around the cause of these lights in the heavens since before recorded time. In Norse mythology, for example, the Valkyries would come galloping across the night sky upon their horses equipped with armor, helmets and spears that would glow and shimmer in the darkness. In medieval times, these lights signaled famine or war, while the Inuit believed them to be the spirits of the beluga whales, deer, salmon and seals they hunted for survival.

The science as we understand it today is that this effect is caused by electrically charged cosmic particles entering the Earth’s atmosphere. These electrons and protons, also known as solar wind, escape through the holes in the sun’s magnetic field and are catapulted from the sun’s rotation towards the Earth, where they collide with gaseous particles. The result is seen by us as dancing lights in an irregularly shaped oval centered over each of our planet’s magnetic poles.

Auroras seen near the magnetic pole may be high overhead; but from farther away, they illuminate the northern horizon with a greenish or faint-red glow, as if the sun were rising from an unusual direction.

Scientists say that northern and southern auroras most often occur at the same time and are mirror images of each other, both in colors and shapes. The variations in color are determined by the type of particles most present in these collisions. The common yellowish-green light is emitted from oxygen molecules colliding about 60 miles above the Earth’s surface. The rare red lights are also oxygen produced, but at altitudes of up to 200 miles; while nitrogen produces blue, magenta and purple shades.

Unfortunately, we cannot predict when the northern lights will appear, but the best chances for witnessing them occur between the months of March to April and September to October (the equinoxes). The ideal conditions are usually found on a cold, dark night with clear skies. The auroras peak every 11 years, with the next peak period in 2024.

You only need to stand on the rim of the Grand Canyon once to know why it’s one of the Seven Wonders of the Natural World. The expansive and breathtaking views can’t be found anywhere else in the world.

Having been marveled at for thousands of years by only indigenous peoples, in 1540 Garcia Lopez de Cardenas from Spain told Europeans about the Grand Canyon after he stumbled upon it during his expedition to find gold present-day New Mexico.

Later, in May 1869, American explorer and geologist John Wesley Powell embarked on a trip to explore the Colorado River. He ended up in the famed gorge, where he and his 10-man party had to battle more than 200 rapids. He lost several instruments and much of his food supply along the way, making it difficult to take any scientific data. His crew’s morale was also running low. Three men gave up and left his boat, climbing the steep canyon walls. They were killed by members of the Shivwits band of the Paiute people, whose territory they came upon. Powell called a halt to the expedition on August 29, 1869, but he returned two years later to gather the data.

The spectacular walls of the Grand Canyon were partially crafted by the Colorado River, which cut into and eroded the horizontal rock layers from the Paleozoic Age.

Today, this natural wonder provides visitors with a view that cannot be matched anywhere else in the world.

At more than 133,000 square miles, Australia’s Great Barrier Reef—the world’s largest coral reef and the Earth’s biggest single structure made by living organisms—incorporates more than 900 islands and cays, and stretches for more than 1,400 miles off the Queensland coast. Known as one of the richest and most complex natural systems on Earth, it supports a multitude of life, including more than 3,000 species of mollusks, 630 species of sea urchins and starfish, 600 types of hard and soft corals, 215 species of birds, 133 varieties of rays and sharks, 30 species of dolphins and whales, 15 species of seagrass, 14 types of sea snakes, nine species of seahorse, seven kinds of frogs, six of the world’s seven species of marine turtles and vulnerable dugongs.

In reality, the Great Barrier Reef is not just one big, long, connected reef; it encompasses more than 3,000 individual reefs—ranging from two acres to more than 25,000 acres—constructed by billions of miniscule coral polyps, which are living organisms.

Nearly 10 percent of the world’s fish species inhabit the reef, and its marine alga create mini-ecosystems on the reef’s surface that have been compared to rain-forest cover. Sadly, however, many of the species that live on and near the reef are endangered, some of which may be endemic to the reef system. Other environmental pressures include water quality from runoff and climate change accompanied by mass coral bleaching.

The Great Barrier Reef is part of a vast system of coral banks and islands that run along the coast of Australia. It is the largest structure on the planet created by nonhuman living organisms.

Victoria Falls, located on the Zambezi River on the Zimbabwe–Zambia border, is, by some standards, the grandest waterfall in the world. It runs 5,500 feet (about a mile) at its widest point and has a drop of 355 feet. Its flow is 33,000 cubic feet per second, spilling 625 million liters of water over the precipice every minute. While it is neither the highest nor the widest waterfall on the planet, it has the largest single sheet of flowing water, when you consider both its height and width. This natural wonder was named a World Heritage Site in 1989.

The waterfall and its surrounding, highly biodiverse habitat are protected by two national parks: Mosi-oa-Tunya National Park in Zambia and Zambezi National Park in Zimbabwe. Near the falls, it is common to see klipspringers (small antelopes), as well as hippopotamuses. The nearby forests and grasslands are home to elephants, giraffes, lions, leopards, wildebeests and zebras. The best view of the falls is reserved for the winged, including buzzards, eagles and falcons. The region is also home to the only rain forest in the world where rain falls every day.

Victoria Falls is about three times the height of Niagara Falls in the U.S. The waters’ legendary spray leads to the formation of rains, rainbows and the famous “smoke,” which is visible from 12 miles away.

The spray from the falls rises more than 1,300 feet—sometimes even twice as high—and is visible from 12 miles away. Victoria Falls is one of the best sites to watch a spray rainbow and “moonbow.” The rainbow can be seen at any time of day, but it is brightest during the early daylight hours. A moonbow is best viewed when the moon is full.

The pull of the grand and the power of the small

The places named on the Seven Natural Wonders of the World list demonstrate nature’s true beauty and power. They retain the essence of the natural world as it was thousands of years ago, untarnished by human touch. We can only be given credit for enforcing environmental regulations to preserve them and ensure their innate aesthetics for generations to come.

In 2021, it will be important that we reconnect with our sense of awe. That may mean gazing upon the Grand Canyon—or just watching a sunset at a local park. What’s essential, I think, is that we do something that makes us feel small, grateful and humble, yet linked to other people, disparate civilizations and raw nature. 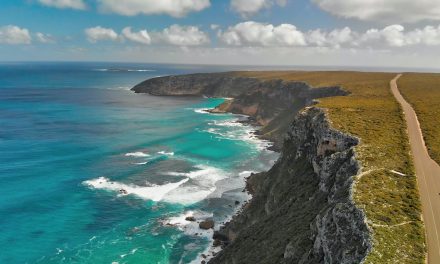 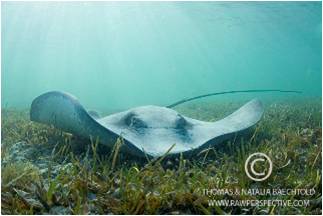 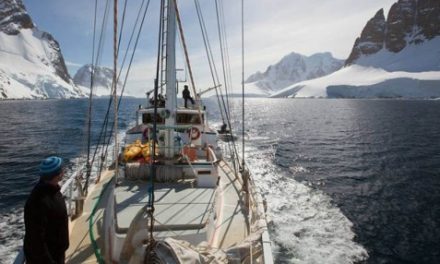 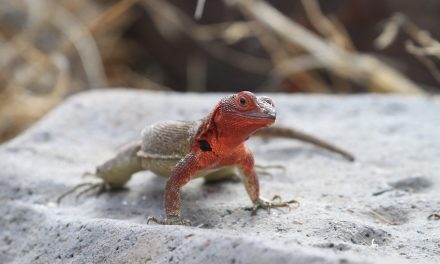