The northern lights appear in many forms, from patches or scattered clouds of light to arcs, streamers or rippling curtains that fill the sky with an eerie glow.

There are many delightful and magical myths about the aurora borealis, also known as the northern lights. The Inuit of North America interpreted the lights as a ball game—with a walrus head serving as the ball—played by their ancestors. The people in remote Nunavik Island in the Bering Sea told the same story, only it was the other way around, with walrus spirits playing ball with the skull of an unfortunate human.

Canada’s Cree people believed that the rippling curtains of night-lights were the images of their dead relatives trying to communicate with those they had left behind on Earth. When dogs barked at the lights, the Cree thought it was because the canines recognized their lost companions. Similarly, the Menominee of Wisconsin presumed that the lights indicated the whereabouts of giants, who were the spirits of great hunters and fishermen.

Greenlanders considered the auroras to be the souls of dead children, while the Finnish said that they were enchanted spumes of water ejected by whales. The Vikings believed that the lights were a bridge of fire to the sky, forged by the gods. Although the Chinese rarely got a glimpse of the northern lights, they viewed them as a celestial battle between good and evil dragons that breathed fire across the firmament.

Science, however, has another explanation.

The most common auroral color—a pale, yellowish-green—is produced by oxygen molecules located about 60 miles above the Earth.

Scientists say that a star, our sun, is the true “being” that is responsible for creating the northern lights. A 4.6-billion-year-old ball of hydrogen and other gases, the sun is located 93 million miles away from Earth. And, every once in a while, it kicks up what’s called a solar storm.

The sun produces energy by smashing hydrogen atoms together in its core under such immense temperatures and pressures that it causes the hydrogen atoms to fuse, forming helium atoms (helium can be made by fusing together four hydrogen atoms). This process is known as nuclear fusion.

When atoms are under this kind of pressure, they turn into a mushy “soup” of freely moving particles, or plasma (the fourth state of matter; the other three are solid, liquid and gas). The sun is essentially a gigantic ball of swirling plasma. Using the process of nuclear fusion, the sun is able to turn small amounts of matter into enormous quantities of energy.

All of this plasma swirling around and over the sun generates huge magnetic fields. These magnetic fields are under such extreme pressure that sometimes their lines of force meet. When this happens, a magnetic field is forced outward toward the surface of the sun. Once it reaches the surface, it ejects into space at great speed, taking extremely hot gases and plasma with it. This is known as a solar flare. Solar flares on the sun’s surface look like a very bright spot, followed by a cloud of gas. When a big solar flare occurs, containing a significantly huge amount of energy, it is referred to as a coronal mass ejection (or CME). The gas clouds produced by a CME can sometimes be larger than the sun itself.

CMEs and solar flares don’t stop just outside the sun’s surface, however. Charged particles (plasma) ejected from the sun continue to travel out through space over enormous distances. After about two days, they reach Earth and are named “solar winds.” Solar winds can be extremely dangerous: if the magnetic field released from a CME were to hit Earth, it could cause human extinction.

So, why hasn’t it? After all, solar flares take place regularly on the sun’s surface.

As seen from space, the aurora borealis is especially spectacular. ©From “Stunning Aurora Borealis from Space in Ultra-High Definition (4K),” NASA

Solar winds do hit Earth—often. But we have a defense system to protect us from the huge amounts of energy that the sun bombards us with on a daily basis: our Earth produces its own magnetic field, just as the sun does.

At the Earth’s core is a ball of solid iron. The heat of this iron and the pressure of the Earth’s surrounding girth turn the outer core of the iron into a flowing liquid. The movement of this liquid, outer core produces a magnetic field that, luckily for us, encompasses the Earth. The Earth’s magnetic field, called the magnetosphere, protects us from all sorts of harsh, destructive forces that come from far away in space, including solar flares.

Earth’s magnetosphere extends thousands of miles into space. When the sun’s solar winds reach us, most simply bounce off the Earth’s magnetosphere. However, the magnetosphere has two weak spots: the north and south poles. At these two locations, the magnetic fields are much less prevalent than they are nearer the equator. This means that a very small percentage of the charged particles that come from the sun do make their way into the Earth’s atmosphere, via the two weak spots. When this happens, the electrons in the solar wind collide with oxygen and nitrogen atoms in the Earth’s atmosphere. During this interaction, energy is transferred from the atoms in the solar wind to the Earth’s oxygen and nitrogen atoms, raising these atoms’ energy state and exciting them. When an atom gets excited, its electrons move into an orbit farther away from its nucleus. These newly excited atoms need to release this newfound energy to calm themselves down and return to their baseline energy state.

The oxygen and nitrogen atoms release this energy in the form of particles of light, or photons. The light they give out is what we call the aurora.

This process of exciting atoms to cause them to release energy in the form of light is the exact same way that neon lights work. The aurora, then, could be called Mother Nature’s neon lights, executed on a grand scale.

The aurora borealis typically appears in vast curtains or waves of light, following a distinct line across the sky. They materialize in this manner because they’re following the lines of force in the Earth’s magnetic field.

The various colors of the aurora are caused by different gases in the atmosphere. Each gas emits a unique color when excited. For example, excited oxygen gives off a green light, the most common color seen within the aurora. Excited nitrogen radiates blue and purplish-red colors.

While you may think that describing the process that creates the aurora in such detail takes away from their magic and beauty, there’s an even greater magnificence, I think, in understanding the science behind one of nature’s most breathtaking phenomena.

Watch the video below, produced by NASA and titled Stunning Aurora Borealis from Space in Ultra-High Definition (4K). Unlike other northern lights videos you may have previously seen, this one shows you the aurora from space—a unique perspective on the lights that only people like you and me, who live in this particular time on Earth, can gain. 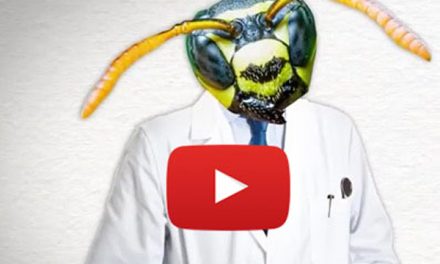 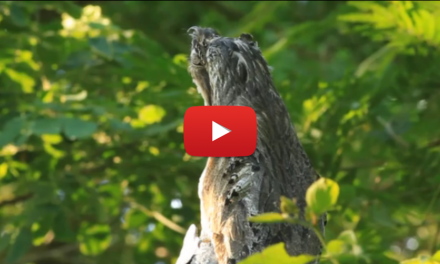 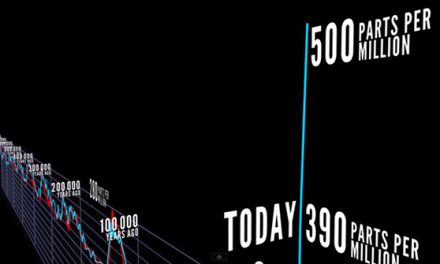