Greenland is a complicated place. Mostly, though, my fascination with it centers on the ice. ©Candice Gaukel Andrews

Of all the places I’ve traveled to, Greenland is the most complicated, I think. While there are commonalities with other spots in the world, Greenland always seems to put its own, special twist on things.

For example, much like what I found in Yellowstone National Park, Greenland plays with your linear sense of time. But added to that feeling of calendar displacement, time here has another dimension; it’s tied to light: four months of dark, four months of light and two seasons of twilight.

And, similar to my discoveries in Antarctica, Greenland is a place of ice. I’ve mentioned my fixation with ice and the world’s cold places in this column before, mostly because I’m convinced that winter is an endangered “species.” But unlike in Antarctica—and almost every other place on the planet—the loss of ice here, some say, could open up a more prosperous, independent and brighter future for people. The retreat of the Greenland ice cap has unveiled previously inaccessible mineral deposits, such as copper, diamonds, gold, iron, uranium, zinc and other rare earth metals that are crucial for new technologies and military guidance systems.

Although you’d be tempted to call Greenland a continent, it is the largest island in the world; and surprisingly, a self-governing state within the Kingdom of Denmark. Another facet of this place’s perplexing nature is that even though ice covers 80 to 85 percent of the island, people have lived here for about 5,000 years. That other land of ice—the Great White Continent—at the other pole has no ancient human history. But in Greenland, Independence I, Saqqaq, Independence II, Dorset and Inuit peoples have built a rich and multilayered human culture. And again unlike in so many other places today, the indigenous people make up the majority of Greenland’s population: about 80 percent are Inuit and most of the rest are Danish.

Mostly, though, my fascination with Greenland comes back to the ice. The country’s great ice sheet, suspended atop bedrock, holds 8 to 10 percent of the Earth’s freshwater. If it were to melt entirely, global sea levels would rise 23 feet. For me, then, Greenland represents hope for a future where the world still has ice.

My dream is that Greenland will never separate measurements of time from complements of light, will never bury its indigenous culture and will never let go of its grip on the ice. 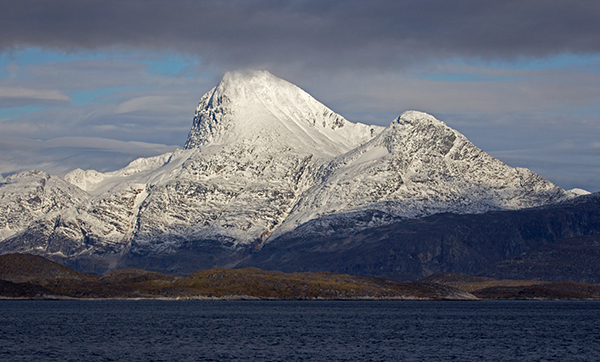 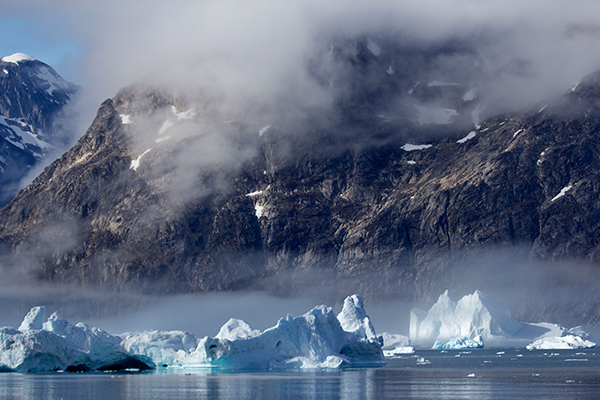 Icebergs look white because the ice is full of tiny air bubbles, which reflect white light, giving the iceberg an overall white appearance. Ice that is bubble-free has a blue tint. Blue, bubble-free ice is made when meltwater fills crevasses formed in a moving glacier and then quickly freezes without any air bubbles having a chance to form. ©Candice Gaukel Andrews 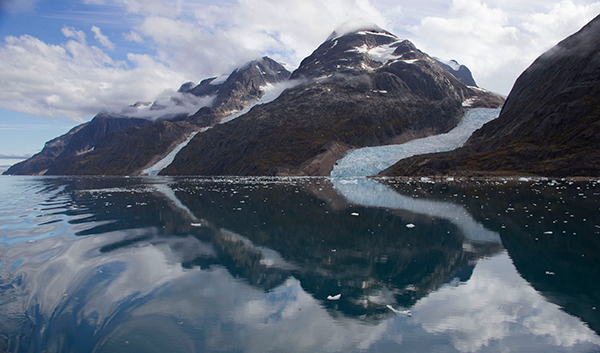 Astoundingly beautiful glaciers are not an uncommon sight in Greenland, due to the ice cap that covers most of the country. ©Candice Gaukel Andrews 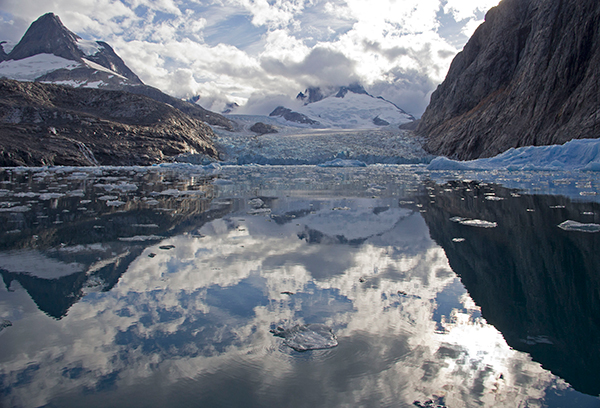 While a few North Atlantic icebergs originate in the eastern Canadian Arctic islands, the majority come from about 100 iceberg-producing glaciers along the Greenland coast. ©Candice Gaukel Andrews 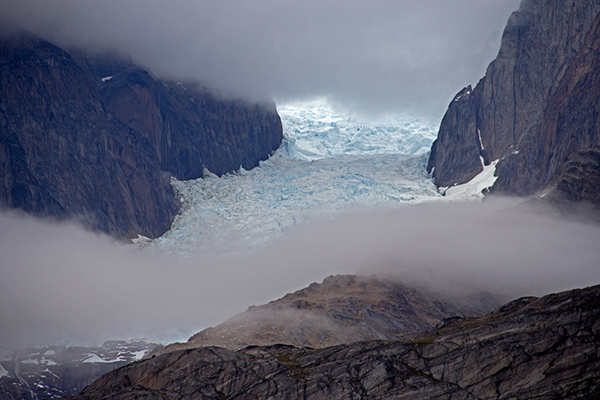 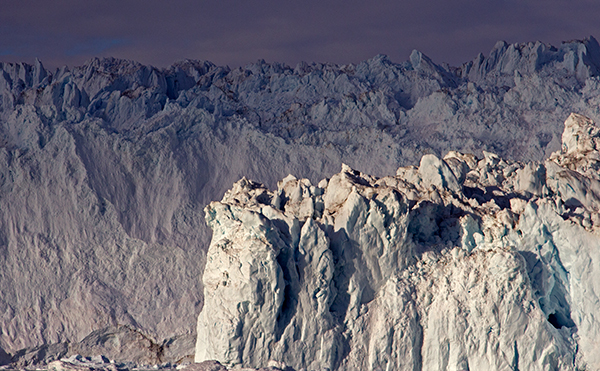 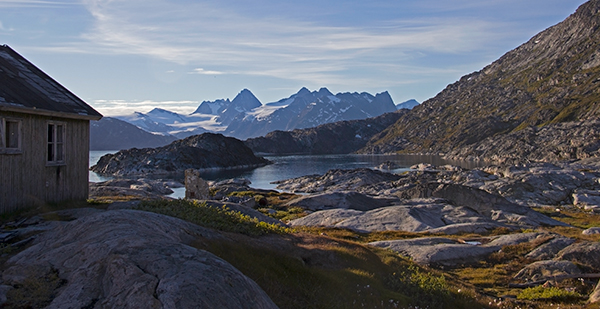 According to the Icelandic Sagas, Erik the Red chose the name “Greenland” to entice settlers from Iceland. In fact, Greenland has far more ice cover (about 80 to 85 percent of its surface area) than Iceland, but the southern coasts the Vikings settled were likely green in summer during the Medieval Warm Period. ©Candice Gaukel Andrews

In all, there are only about 74 towns and settlements in Greenland. Dotted along the coasts, most of them feature brightly colored, wooden houses that stand on the rocky periphery of the massive, interior ice sheet. No roads exist between them. ©Candice Gaukel Andrews 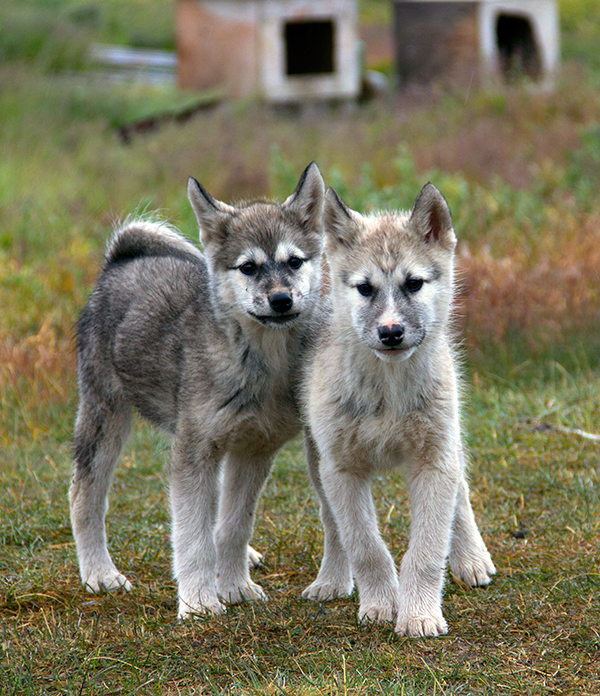 The Greenland dog is an ancient breed, thought to be directly descended from those brought to the island by the first Inuit settlers. As is common among sled dogs, Greenland dogs are able to traverse very difficult terrain with ease and are valued for their physical strength and endurance. ©Candice Gaukel Andrews 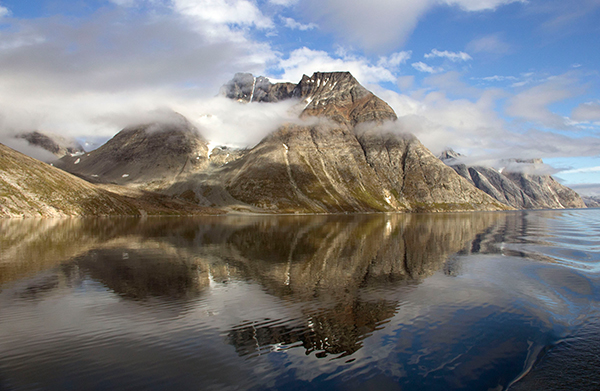 The world’s biggest noncontinental island has the world’s sparsest population: only 57,000. You are truly on your own as soon as you leave one of the small towns and settlements. ©Candice Gaukel Andrews 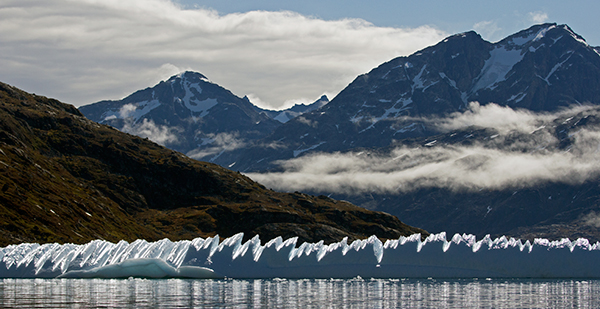 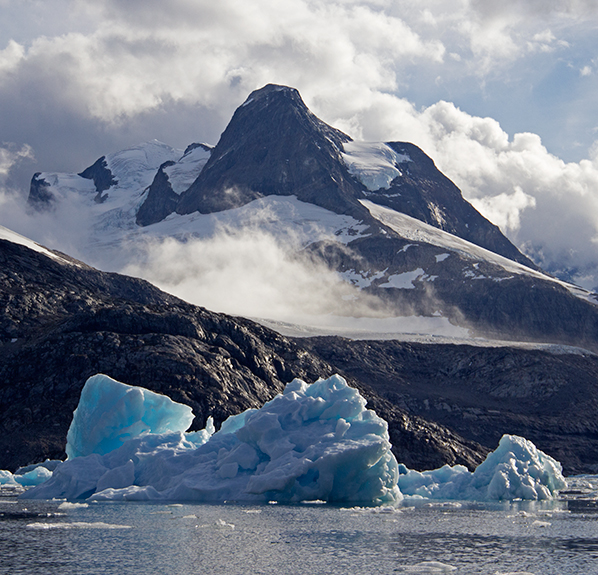 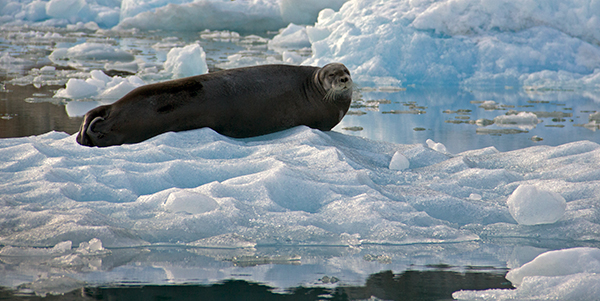 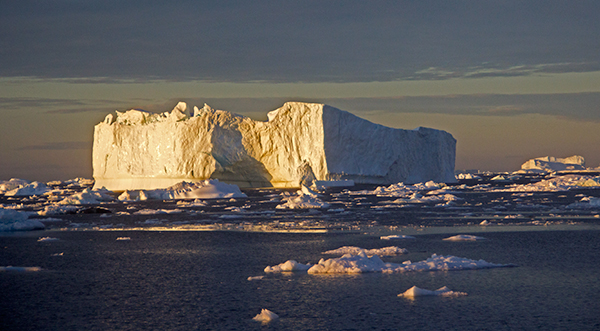 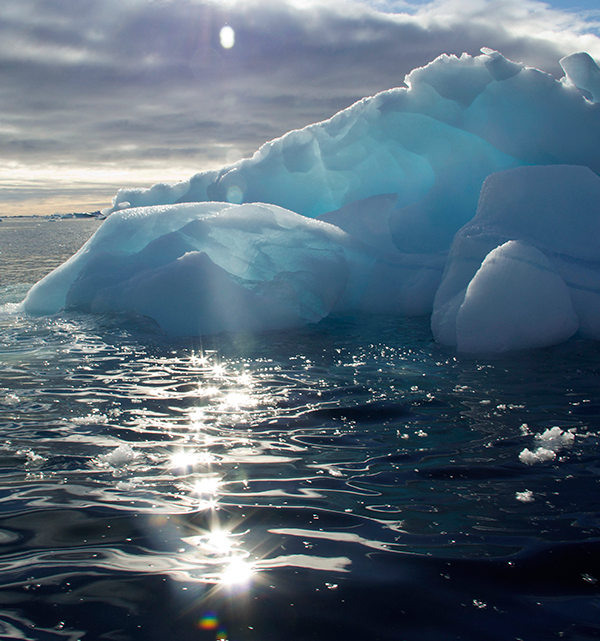 At one point in the summer of 2012, 97 percent of the surface of Greenland’s massive ice sheet was melting. At current rates, scientists say Arctic waters could be ice-free in summer by the end of the decade. ©Candice Gaukel Andrews 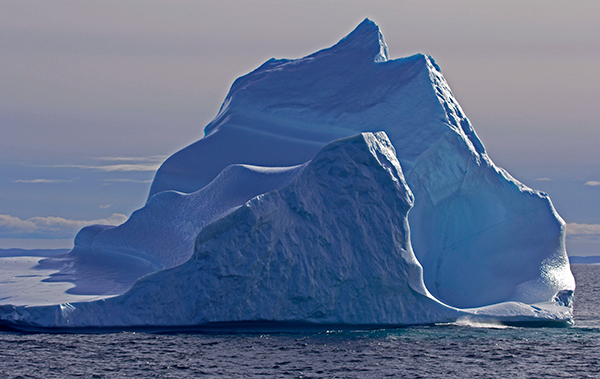 It’s said that Greenlanders once used icebergs to distinguish the seasons and even to identify towns. Nature plays a large part in Greenlandic culture. ©Candice Gaukel Andrews 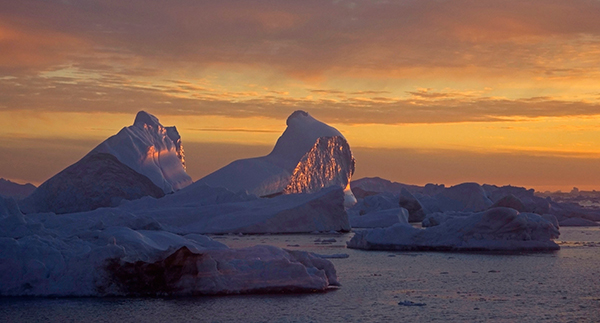 I hope that Greenland always holds on tight to its ice. ©Candice Gaukel Andrews 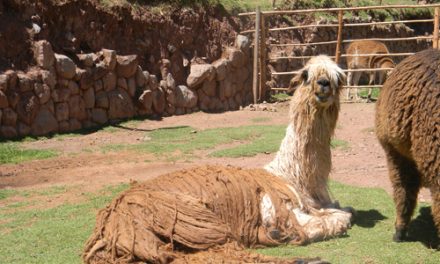 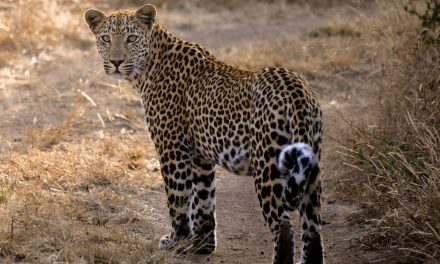 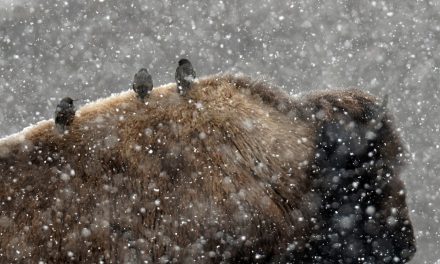 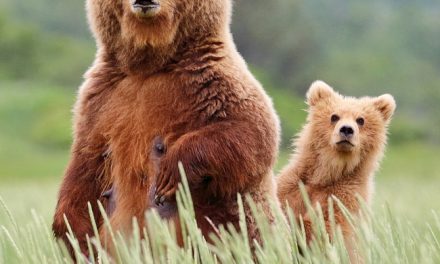 Wildlife Photo of the Week: Keeping a Wary Eye Out