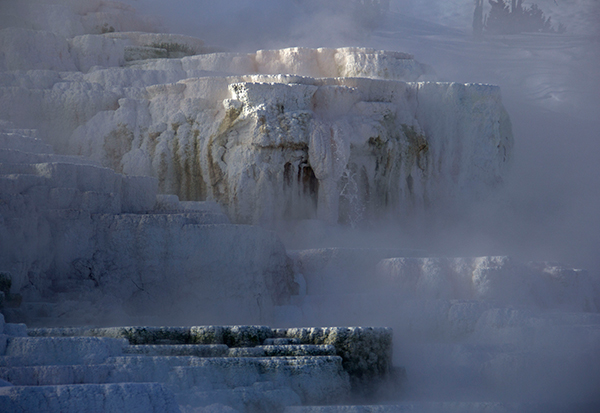 
There are a few rare places in the world where time as a linear construct just doesn’t seem to make much sense; places where the past, present and even the future seem to be all jumbled together, like pack ice piled up along a shoreline. For me, Yellowstone National Park in winter is one of those scarce spots. I have been to Yellowstone twice in the winter and, technically, once in the spring—although that, too, to my way of thinking, was really winter because it snowed. The fact is, I’m not sure I want to see Yellowstone in any other season because I don’t think I’m ready to believe there is another season in Yellowstone. 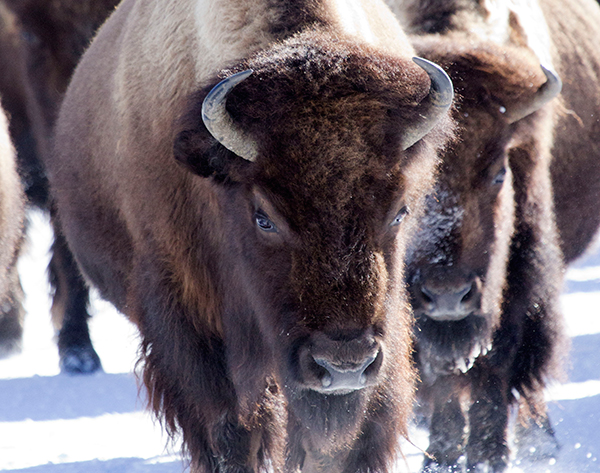 Yellowstone National Park is the only place in the United States where bison (Bison bison) have lived continuously since prehistoric times. © Candice Gaukel Andrews


A big part of why Yellowstone is so timeless is because of its enduring megafauna, such as bison and wolves.


After breakfast on one of my winter trips to Yellowstone, I take a walk through the Upper Geyser Basin adjacent to Old Faithful. There is a heavy fog, and I have to stop occasionally to let the slowly materializing bison saunter across my path. What year is this? I think. I’m pausing for buffalo, as if I’m in an old Western movie. Have I simply dreamed the last 200 years?


In late afternoon, at Old Faithful geyser as I wait for the next eruption, I stand next to a park ranger who is explaining the geothermic reasons behind this natural phenomenon. He answers a few questions from visitors and then turns to my travel group to ask where we’re from and why we’ve chosen to come to Yellowstone in winter. “On a search for wolves,” several of us answer. He stands silent for a moment. Then reaching inside his jacket, he pulls out a book and reads a quote from Aldo Leopold, a man best known for his writing while working at the University of Wisconsin, my alma mater. The ranger reads:


“We reached the old wolf in time to watch a fierce green fire dying in her eyes. I realized then, and have known ever since, that there was something new to me in those eyes—something known only to her and to the mountain. I was young then, and full of trigger-itch; I thought that because fewer wolves meant more deer, that no wolves would mean hunters’ paradise. But after seeing the green fire die, I sensed that neither the wolf nor the mountain agreed with such a view.” 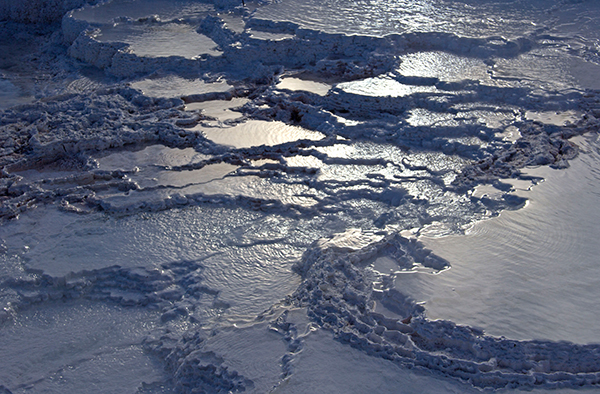 
Transferring into snow coaches, my fellow travelers and I now journey deep into wolf country. En route, we stop at a waterfall. The sound of its moving, cascading power, framed by snow-dusted pines and white-blanketed rocks, makes me wonder if this is what America once sounded like; the resonance of the country before cell phones and mass media dominated the landscape; the soundscape.


Carl, our snow coach driver, is a font of knowledge about the area. He talks about the Nez Perce, who had once lived here, and how it’s said that Chief Joseph, according to his reservation doctor, died of a broken heart after he and his people were forced to relocate. Is it any wonder if you have to leave this place? I think.


When we arrive in the Lamar Valley, we do spot two wolves from the Lamar Canyon Pack. We watch as they chase off a coyote from their kill. It is believed that wolves have inhabited Yellowstone for thousands of years. By 1926, however, the last wolf in Yellowstone was shot and killed. For 70 years following the firing of that bullet, the valley winds ferried no howls; delivered no haunting messages to other wild souls. But in 1995, 14 wolves captured near Hinton, Alberta, Canada, were reintroduced; and in 1996, 17 more wolves were brought in from an area near Fort St. John, British Columbia, Canada. Currently, the National Park Service estimates that there are 82 wolves living in 10 packs within Yellowstone National Park. The scene unfolding before me could be from today, or it could be from thousands of years ago.


Leaving the park, as we drive through Jackson Hole Valley, I am blindsided by the artistry of the landscape. Passing between two mountain ranges, my Natural Habitat Adventures guide tells us that on one side of the road the mountains are quite young; but on the other, they are extremely old. I don’t catch the number of years that separates them, but I do know that I like being caught between the ages in some hourless space.

For me, much like in George R. R. Martin’s Game of Thrones novels, Yellowstone National Park is the Land of Always Winter.

If you should know differently, please don’t tell me. 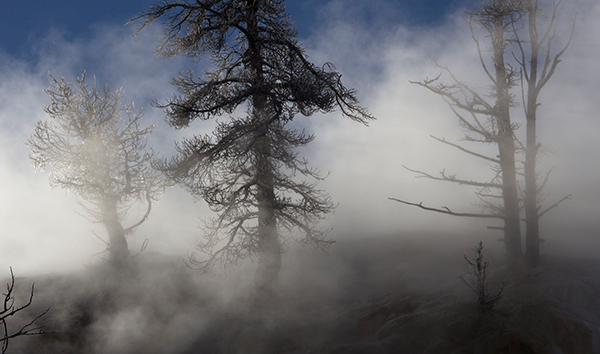 Yellowstone contains approximately one-half of the world’s hydrothermal features—more than 10,000 of them. © Candice Gaukel Andrews 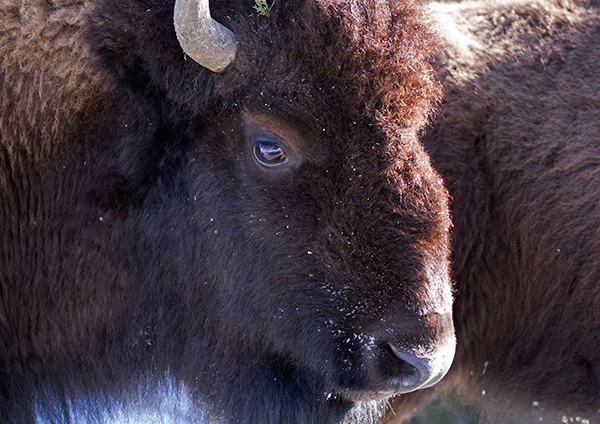 The bison in Yellowstone comprise the nation’s largest such population on public land and are among the few bison herds that have not been hybridized through interbreeding with cattle. © Candice Gaukel Andrews 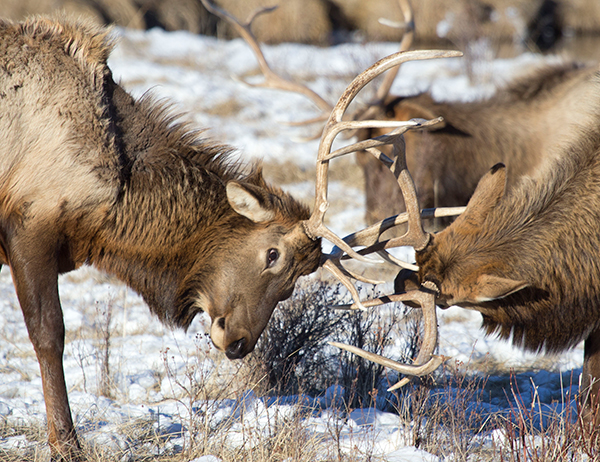 The soft clacking sound you hear on the wind is that of elk, jousting antler to antler. © Candice Gaukel Andrews 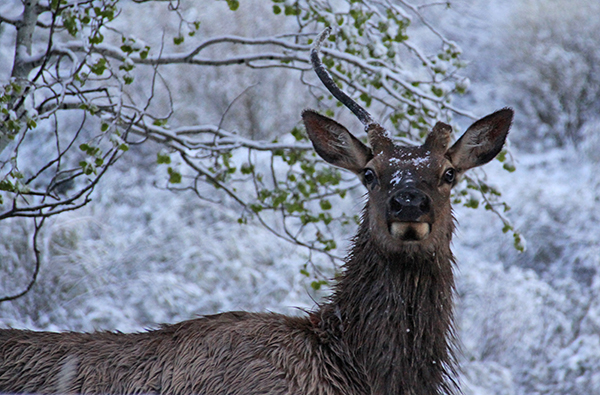 Yellowstone is home to the largest concentration of mammals in the lower 48 states, with 67 different species. © Candice Gaukel Andrews 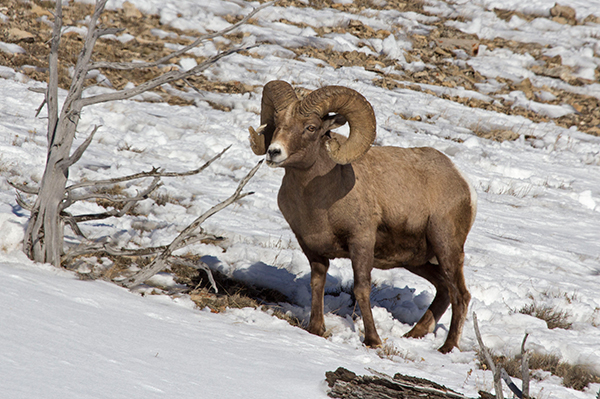 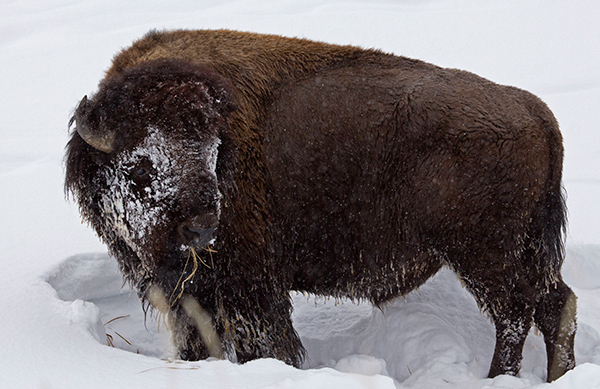 The bison of Yellowstone exhibit behaviors much like that of their ancient ancestors, congregating during the breeding season to compete for mates and exploring new areas for habitat use. © Candice Gaukel Andrews 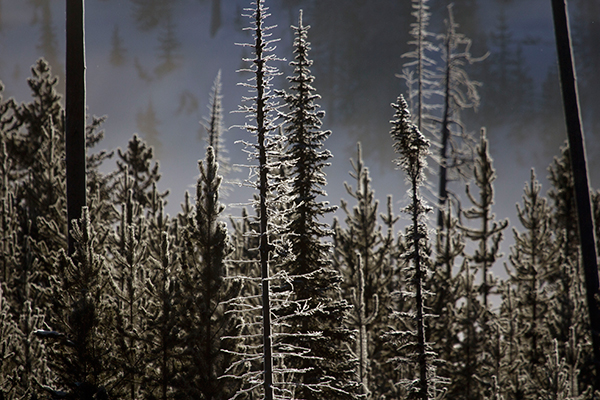 I am blindsided by the artistry of the landscape. © Candice Gaukel Andrews 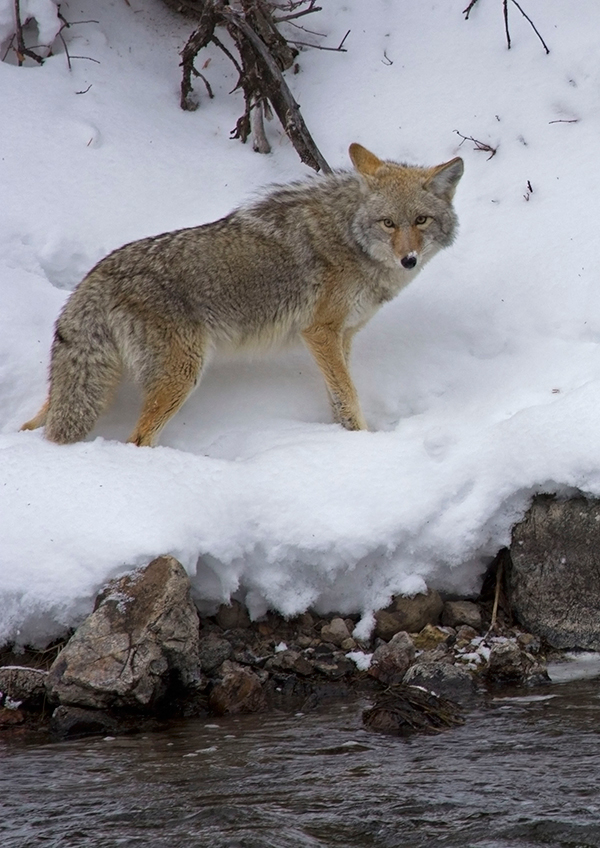 We watch as wolves chase off a coyote from their kill. © Candice Gaukel Andrews 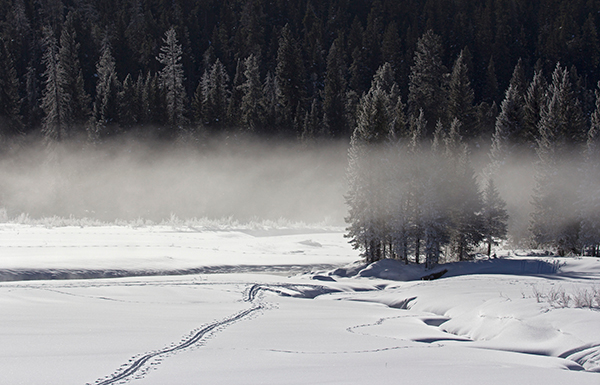 I’m not sure I want to see Yellowstone in any other season because I don’t want to believe there is another season here. © Candice Gaukel Andrews

Capture the winter wonders of Yellowstone and Grand Teton on this in-depth survey designed exclusively for serious photographers—including a private helicopter tour!

Track and photograph wolves, bison, elk, moose and other wildlife, and witness geothermal phenomena amid the snowy winter splendor of Yellowstone and Grand Teton national parks.