Just beyond the calmness of the Beagle Channel is the legendary and infamous Drake Passage. ©Candice Gaukel Andrews

I’ve wanted to go to Antarctica ever since I first heard about it when I was a young child, probably in a children’s book about penguins or on TV. I thought it looked like a winter fairyland: so white, so pure, so beautiful. I dreamed about it for decades.

Of course back then, I didn’t have to think about the very real logistics of getting there. In my imagination, I was just magically transported. When I finally did have the opportunity to go to the place I had so longed for, it dawned on me that between me and my dream lies the dreaded and notorious Drake Passage.

The demographics of the Drake

The Drake Passage has been described as having the roughest seas in the world; 20,000 sailors have lost their lives there and its waters hold more than 800 shipwrecks. Through this treacherous bottleneck of ocean between the southern tip of South America (at Cape Horn) and the northern tip of Antarctica, a tremendous amount of water flows: an estimated 140 million cubic meters surge through the passage every second, which is the equivalent of—according to meteorologist Mark Robinson of The Weather Network—5,000 Amazon Rivers.

The first time I heard about Antarctica was probably in a storybook on penguins. ©Candice Gaukel Andrews

With no significant landmass anywhere in the world at the latitude of the Drake Passage, the Antarctic Circumpolar Current is unimpeded, and waves can reach up to 90 feet.

With no disrespect for all those scientific measurements, however, I prefer Sir Francis Drake’s description of the passage named for him: it’s “the place where the Atlantic and Pacific Oceans meet in most large and free scope.”

The Sea Spirit, a most worthy ship

Despite these formidable facts regarding the Drake, when I learned I would be traveling to Antarctica on the Sea Spirit, my own spirits soared. She was a ship I was familiar with; months earlier, she had been my ride around Greenland.

An ice-strengthened, 297-foot craft, the Sea Spirit was built in Italy in 1991. Since then, she has not only cruised the waters of the Arctic and Antarctica, but of Alaska, the Pacific Basin and Singapore. In contrast to the gigantic, commercial cruise ships, she carries at most only 114 passengers and 72 crew members.

The “Sea Spirit” was a ship I was familiar with—she had taken me to Greenland, too. ©Candice Gaukel Andrews

When I boarded her again, I was pleased to see that the sailors and restaurant staff for this southern voyage were going to be the same as the group I had on my Arctic journey. Within minutes of being back on the Sea Spirit, Roeul, the maitre d’, rushed up to me and welcomed me back. How he could remember me after all of the guests he must have encountered in the six months between my Sea Spirit trips I’ll never know. With a big grin, he greeted me with, “Hello, Miss Candice. I’d know that smile anywhere.”

The Sea Spirit’s smaller size gives her a wide range of maneuverability, allowing her to go to places bigger vessels cannot. “She is equipped with a set of retractable, fin stabilizers to help smooth the seas”—or so the information on the brochure about her says.

That will soon be put to the test.

Crossing the Drake, I was convinced the only thing standing between sure death and me was the “Sea Spirit’s” integrity. ©Candice Gaukel Andrews

While the Drake is certainly notorious and dreaded, another descriptor would be unpredictable. On any particular voyage, you never know if you’ll get the “lake” or the “shake.” When first departing from Ushuaia, Argentina, and setting out through the Beagle Channel, it’s hard to tell which one you’ll receive. This section of the journey is usually quite calm. It definitely was for me.

It wasn’t until about 11:00 p.m. that we reached the Drake, and the Drake decided to hit us hard. I awoke feeling as if I were riding a bucking horse in a rodeo. Not only were we bouncing up and down on huge swells, but we were also twisting side to side. I clung to the side of my bed with white knuckles to keep from falling out. My roommate finally gave up trying to stay put, shoved her mattress onto the floor and flopped on top of it. Everything that wasn’t bolted down—books, bottles, papers, pens—went flying through the room, much as if we were experiencing zero gravity that had somehow speeded up. Outside the porthole, though, it looked more like a washing machine.

By 3:00 a.m., my stomach had had enough, and I made a very good and intimate friend in the ship’s doctor. She gave me a shot of promethazine in the bum. I finally slept.

In such clear water, the bases of icebergs could be seen from the surface. ©Candice Gaukel Andrews

I didn’t wake up until 8:00 a.m.—very late for a typical 5:00 a.m. riser, such as myself. Breakfast wasn’t something I was quite ready for, so when I managed to stand upright, I lurched with the movement of the waves to the lounge. There, I sat down and watched the Drake Passage out the big windows. How did the Heroic Age explorers [1897–1917] manage this beast in their lack-of-luxury ships? I wondered. We are utterly alone in this maniacal vastness; the only thing standing between sure death and us is the very modern-age integrity of the Sea Spirit. What must it have been like for them?

All day in the dining room, dishes clanged and crashed. But through it all, maitre d’ Roeul kept beaming, handling it grace and aplomb.

Two days later, we arrived at the continent. My stomach settled down. My head cleared. Antarctica was everything I had hoped for and more. I’ve written to you before about the clarity I found in this spellbinding terrain: water so clear that the bases of icebergs could be seen from the surface. Air so clean that it felt like news to my lungs. A landscape so stripped of hues that even my color photos looked as though they had been taken in black and white.

And then it was time to head back to Ushuaia. On the return trip, the Drake was just as hard-hitting as it had been before. The doctor and I got even better acquainted.

Toward late afternoon during our last day at sea, our Russian captain, Oleg Tikhvinsky, said a few words. I got the distinct impression that in his entire, long career, this had been one of the harder trips to Antarctica that he had ever taken.

On the day we landed, it was snowing in Ushuaia: the quintessential finale on my Antarctica adventure. ©Candice Gaukel Andrews

On the day we disembarked, I said a private good-bye to the Sea Spirit. I thanked her for the safe voyage; for carrying me again to another of the world’s icy places. Alone on the stairs between the first and second decks, I planted a kiss her paneled walls.

Then, I passed by the dining room to say farewell to Rouel. He gave me a big hug and said, “God bless you, and may your luggage always be with you.”

It was snowing in Ushuaia on the day we landed. It was the perfect final curtain on my adventure to the Great White Continent. In retrospect, I’m proud that I was on the receiving end of the “shake” rather than the “lake.” I think Antarctica is something you should have to earn.

I do know, at least, that I’ve never worked harder for a place. 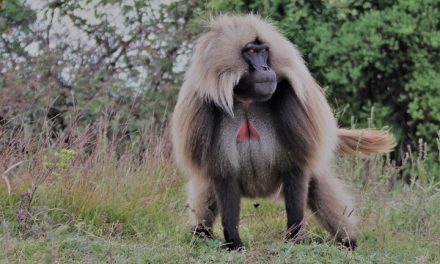 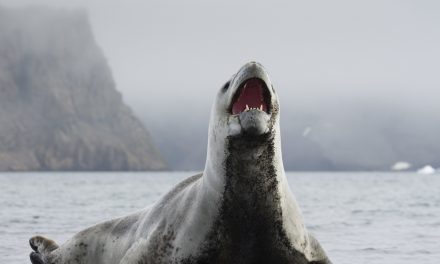 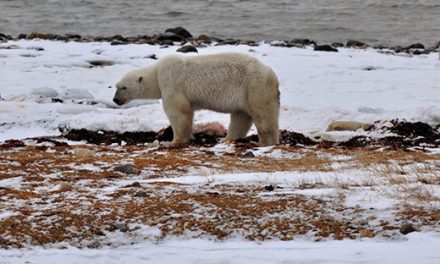 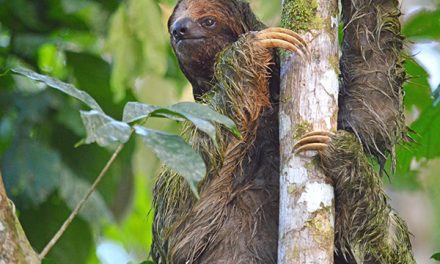