A recent study found that panda reserves not only guard against the giant panda’s decline, but they also have benefits for human societies. ©Brad Josephs

In prepandemic times, those of us who cherish wildlife and wild places tried to quantify them in economic terms, hoping to convince those who didn’t care about protecting nature that not doing so would impact their bottom lines. Now, 10 months after the coronavirus outbreak, that strategy seems naive to me. Talking about the “worth” of living beings and precious places in terms of dollars and cents—usually measured in tourism monies generated—feels like we’re missing the big picture of what’s at stake.

We’ve reached the point where our actions regarding the other beings with whom we share this planet will determine whether we ourselves live or die.

Although there are a number of examples from the animal kingdom that I could use, let’s take a look at just two: how aggressive whale conservation measures could literally save us from extinction and how protections for giant panda habitats could keep half a billion people from starving.

In terms of removing climate-change-inducing carbon dioxide from the atmosphere, one whale is worth a thousand trees. ©Court Whelan

During their long lives, large whales—such as blue whales, gray whales, humpback whales and right whales—accumulate carbon in their bodies. When they die and sink to the bottom of the ocean, they each take about 33 tons of carbon out of the atmosphere for centuries, according to analysts at the International Monetary Fund’s Institute for Capacity Development.

But that’s not the only way that whales make the oceans the greatest carbon sinks on Earth. Scientists say that the living mammals create a “whale pump” that works like this: the nutrient mass of the ocean—all of the things that die and all of the excrement from things that are living—rains down to the bottom. During certain seasons in certain areas of the ocean, there are upwellings that bring these nutrients to the top, or the photic zone.

Once the nutrients are at the top, they need to mix with iron, nitrogen and phosphorous. That’s where the whales come in. They are drawn to these upwellings of nutrients, and they deliver these critical minerals by emitting vast fecal plumes. That results in the creation of phytoplankton blooms (plant-algae-like life), which are consumed by the smallest animals in the ocean: copepods and zooplankton.

Even that’s not all. The ocean is where the greatest photosynthesis mechanism on Earth takes place; it far surpasses all of the photosynthesis that occurs by vegetation on land. The lungs of the planet are actually in the ocean. Phytoplankton alone contribute at least 50 percent of all oxygen to the atmosphere by capturing about 37 billion tons of CO2 per year, or four times the amount held by the trees in the Amazon Rain Forest.

So, whales not only sequester carbon dioxide by sinking to the bottom when they die, they also capture carbon by giving life to phytoplankton. Whales directly allow us to survive. If they live, we live. If not, we die.

If whale populations were returned to prewhaling numbers, they could capture 1.7 billion tons of carbon annually. ©John T. Andrews

A century ago, there were roughly 4.5 million whales. Today, whale populations are at only about a quarter of that: 1.25 million. The number hasn’t changed for 20 to 30 years. The rebound is stagnant due to deaths caused mainly by human activities. But if protections were enhanced and whales were allowed to recover, the benefits to the planet would be inestimable.

Similar to the value to our lives that whales provide, there is a high price tag associated with giant pandas.

Around the world, giant pandas are a symbol for conservation; in fact, the World Wildlife Fund features a panda in its logo. Certainly, in China, the giant panda is a cultural icon. Yet, panda conservation there is often criticized because of its high cost. But a recent analysis reported in the science journal Current Biology showed that panda conservation has a worth that extends far beyond the protection of pandas themselves.

According to the findings from the analysis, the giant panda’s protection as an umbrella species yields 10 to 27 times as much value as it costs to maintain the animal’s current nature reserves. In fact, it might be beneficial to expand their natural habitats in China.

Land set aside for pandas can also be used by local people for crops, grazing farm animals, and as a way to access firewood and clean water. ©Brad Josephs

Between 1990 and 2010, China’s National Conservation Project for the Giant Panda and Its Habitat doubled its panda ranges. Giant pandas live in the mountain catchment areas of the Yangtze and Yellow Rivers, whose basins are the economic heart of China, home to over half a billion people. By 2010, a total of 67 panda reserves with an area of more than 12,741 square miles had been established, covering more than half of suitable panda habitat.

Was it worth it? To find out, researchers used the Common International Classification of Ecosystem Services framework. Ecosystem services include three parts: 1) provisioning services, 2) regulatory services and 3) culture. Panda reserves offer a variety of provisioning services that are valued by local people, such as grazing animals, growing crops, harvesting firewood and plants, and procuring water supplies. Important regulatory services include carbon sequestration, the hydrologic benefits of managing precipitated water runoff, and nutrient and sediment retention.

To explore the value of pandas and their reserves, the researchers reviewed each of the provisioning, regulating and cultural services associated with panda reserves, collating estimates of the value of each from numerous studies. It turns out that the ecosystems pandas enjoy the most—specifically, mountainous forests full of bamboo—are valuable for other reasons.

Conserving the giant panda’s natural habitat was worth about $2.6 billion in ecosystem services in 2010—at least 10 times what was paid to preserve the species that year. ©Brad Josephs

This land, the researchers argue, can also be used by local people for crops, grazing farm animals, and as a way to access firewood and natural water sources. Plus, these natural forests sequester carbon dioxide from the air, absorb rainwater in the soil, and facilitate the cycling of nutrients from plants to all the other animals that inhabit the forests and back again.

They then converted all those estimates to U.S. dollars and used the median value for each to generate a combined estimate of the annual per-hectare value of panda reserves. That exercise led them to a median estimate of $632 per hectare per year.

After multiplying that per-hectare-per-year value by estimates of forest area within the 67 panda reserves, they came to a value of $562 million per year in 1980. By 2010, that ecosystem service value had increased to between $2.6 and $6.9 billion per year.

So, not only do reserves and protections for pandas work to reverse the animal’s decline, they also have benefits for nature and society at large.

The “worth” of our fellow creatures should not only be measured in economic benefits, but in the critical role they play in our own lives. ©Richard B. Barrett

These two examples of whales and pandas—out of the thousands of other cases involving animals that we could explore—show us that by protecting and conserving them and their habitats, we save ourselves. Worth of animals is not only measured in economic benefits, but in the assured continuance and quality of our own lives.

We could say that global whale-watching brings in an estimated $2 billion a year. We could add that phytoplankton sustain fish, which helps the United States fishing industry, which comes in at $200 billion per year. We could single out the revenue that panda-viewing generates. But I think in these days of the coronavirus pandemic, perhaps we should rethink “value” and go deeper.

Let’s remember that protecting pandas and their habitats sustains thousands of Chinese residents. Let’s not forget that supporting international efforts to restore whale populations is one of the simplest ways to fight climate change. And let’s engrave on our hearts that 50 percent of our oxygen comes from whales.

And that’s every other breath we take. 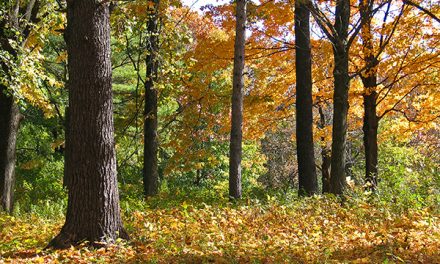 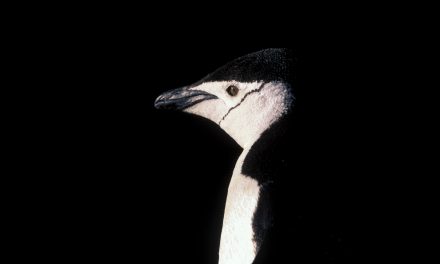 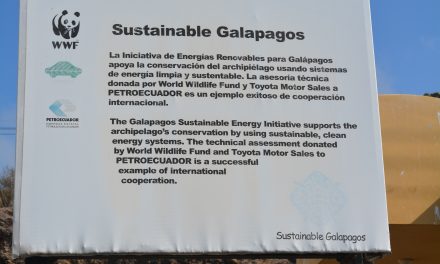