One of the owl’s most captivating characteristics is its capacity for silent flight. ©Bob Leggett

Dogs never lie. I suspect it’s because they have tails. Happy or sad, a canine instantly communicates his feelings by the aspect of his tail. I’ve often wondered why we don’t invent such a backside appendage for ourselves that could connect to our nerve endings, much as some prosthetic arms and legs do. That way we could avoid a lot of misunderstandings and false emotions with each other.

Honesty in dogs is just one of many traits to admire in our animal friends. Another is their ability to show us the best product designs.

Take owls, for example. Symbols of wisdom and prudence, the birds are also thought to portend death and hardship. For centuries, many cultures around the globe have tried to decipher this mysterious raptor. And one of their most captivating characteristics is their capacity for silent flight.

For most birds, flight is a noisy business. Air rushing over feathered wings produces turbulence that most prey animals can hear as a “swishing” sound. But nocturnal owls are able to make their silent forays for three physiological reasons: first, the primary feathers on the leading edge of an owl’s wings are serrated like a comb. This design breaks down turbulence into smaller currents called “micro-turbulences,” allowing air to pass through and eliminating sound.

Second, the feathers on the back end of the wings are tattered like a scarf’s fringe. As an owl flies and air flows over the wings, these trailing, tattered feathers break the sound waves.

Third, the owl’s legs and the rest of the wings are covered in velvety, down feathers that absorb any remaining noise created in flight. And the fact that owls have broad wings with large surface areas that allow them to float through the air without flapping contributes to noise reduction. Aircraft engineers are starting to take notice.

The sincerest form of flattery: biomimicry

In an effort to make planes as quiet as possible, aeronautics designers are looking at the unique design of owl feathers for potential applications. Since major airports have restrictions on how much noise they can generate per day, what is learned from studying owl feathers could someday increase where and how often airplanes take off and land. Researchers have postulated several ideas, including a retractable, brush-like fringe to mimic an owl’s trailing wing feathers and a coating of soft material on aircraft landing gear to simulate downy legs.

Basing product designs on natural-world models is called “biomimicry.” It’s the concept that over the millennia, nonhuman organisms have already solved many of the challenges we struggle with today.

Another case in point can be found in the architecture of Zimbabwe. The country’s largest office complex, the Eastgate Center, is constructed with a passive cooling system originated by African termites. Living in a climate with temperatures that vary from 35 degrees Fahrenheit at night to 104 by day, termites farm fungus that they must keep at a precise 87 degrees. To accomplish this, the insects constantly plug and unplug cooling vents in their mounds, creating convection currents that draw air through as needed. In imitation, the Eastgate Center uses fans and chimneys to push hot air out and ground-level cavities to let cooler air in. Without any modern heating system or air-conditioning, the center uses only 10 percent of the electricity a typical building of the same size would consume.

Then there’s the story of West Chester University, Pennsylvania, professor Frank Fish who co-patented ”Tubercle Technology.” His inspiration came in 2005 in a little shop. Fish noticed a humpback whale figurine that sported a bumpy-edged flipper rather than a straight one, as he would have expected. That got him thinking. He decided to test a scaled-down replica of the rough-edged flipper in a wind tunnel. He discovered that during “bubble net” feeding, a whale with tubercles (or bumps) on its flipper could reduce drag by 32 percent and increase lift by 6 percent. Today Fish’s company, Whale Power, builds energy-efficient windmills using scalloped-edge blades.

The burdock plant inspired the design of the hook-and-loop fastener known as Velcro.

And what would we do without Velcro? A Swiss engineer invented that nifty device in the 1940s after he observed how cockleburs got stuck in his dog’s fur. Or what about the UltraCane, developed at Great Britain’s University of Leeds? The cane helps blind people “see” by utilizing an echolocation system, based on that of bats. The cane vibrates when the ultrasonic sound it emits bounces off objects, allowing the vision–impaired to “feel” where things are and to navigate around them.

I wonder what we could we have learned from the dodo or the passenger pigeon or the Japanese sea lion, if they were still around. Of course, the coming and going of species is part of nature, too—after all, if the dinosaurs were still here, would we be? Of course, it’s the rate at which species are declining today that is so alarming. It helps to know that eco-nature travel is one way to help protect them.

What has the natural world’s “scientists” taught you to do better or more efficiently? What product based on animal behavior do you wish you had?

For myself, I know I’ll be working on devising that tail. 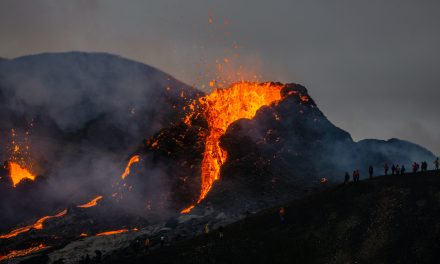 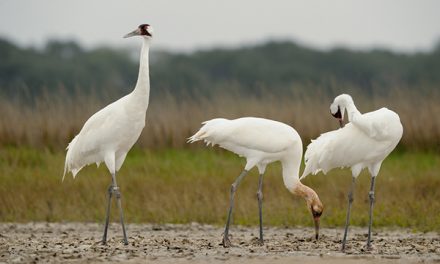 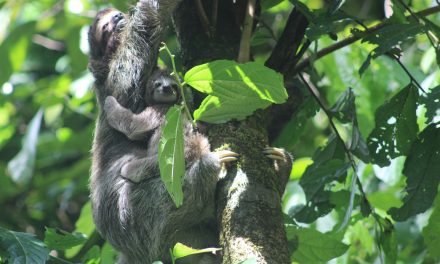 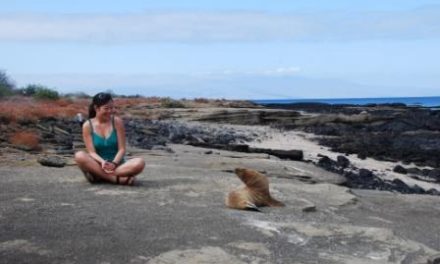