Isle Royale, Grand Canyon and Yellowstone National Parks all have notable wolf stories. Some are made more memorable than others by the simple act of giving a human name to a wolf. ©Justin R. Gibson

“On a wild, remote island in Lake Superior, gray wolves have lived and thrived for almost 70 years. In the island’s forests—which make up the majority of Michigan’s Isle Royale National Park—a wolf population that grew to almost 50 individuals once contributed to a biodiverse, healthy ecosystem.

“In recent years, however, the number of wolves on Isle Royale has plummeted. In 2009, scientists from the Wolves and Moose of Isle Royale project—begun in 1958 and now the longest continuous study of a predator-prey system in the world—documented only 24 wolves living on the island. As of February 2014, that number had dwindled to nine—the second lowest total for the island ever recorded.”

In 2014, I had written those first two paragraphs in an article about Isle Royale’s wolves, and I asked if biologists should step in to save the population there by introducing more wolves to the island. At the time, the National Park Service had said in a statement that if the island’s population of wolves declined to all males or all females and if the moose population—already at 1,250 and climbing—grows to overbrowse island vegetation, bringing in more wolves would remain an option. Apparently, it wasn’t exercised, because I just learned today that there are only three wolves left on Isle Royale. 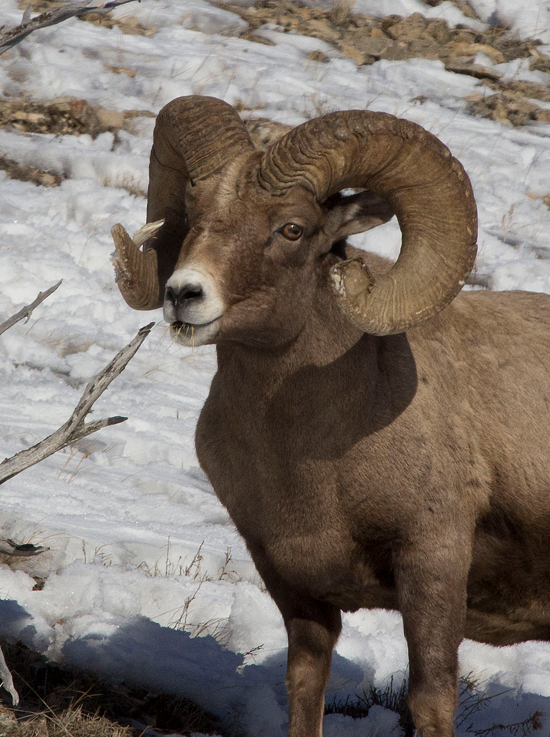 The dangers of feeding wild animals were exemplified by the story of one bighorn sheep. ©Candice Gaukel Andrews

It may sound far-fetched, but perhaps if Isle Royale’s nine remaining wolves had been given human names, their story might have ended a lot differently.

In Yellowstone National Park, researchers working with the wolf population purposely do not give names to the wolves. They are numbered to remind them—and us—that these animals are wild and not like our pets. Some scientists worry that giving human names to wild animals leads to anthropomorphizing and can carry associations for the researchers that could trigger bias.

Other scientists argue, however, that wild animals and research animals that are named—and therefore seen as individuals—may be watched and tended more carefully, making them less stressed. They believe that’s better for the animals’ welfare as well as for scientific studies.

They may have a point. Over the years, many reports have shown that it is not in our psychology as human beings to respond to the grand abstractions of catastrophe. Paul Slovic, a psychologist at the University of Oregon, calls it “psychic numbing.” Such concepts are too overwhelming; too distant from us. Our response is to tune out and turn away. However, what has been documented over and over again is that we do respond to the stories of single human beings (that’s why charity organizations focus on one hungry child to sponsor—not the millions that go hungry every day). This means that seeing and hearing singular stories becomes an open channel to communication, understanding and compassion.

A couple of cases in point: I wonder if the tragic story of the demise of the passenger pigeon would move us as much without the tale of “Martha.” And more recently, would the dangers of feeding wild animals make as much of an impression on us without hearing about “Bam Bam the Ram”?

Will it take another 70 years before a wolf is spotted on the North Rim of the Grand Canyon? ©Candice Gaukel Andrews

National parks other than Isle Royale and Yellowstone have notable wolf stories.

For 70 years, no wolf had been seen on the North Rim of the Grand Canyon. Then late last year, a beautiful, three-year-old female walked into the park. From a radio collar, it was determined that she had traveled from Wyoming to Arizona and then to Utah, a journey of at least 750 miles. On December 28, 2014, however, a local hunter, who allegedly mistook her for a coyote, shot her dead near Beaver, Utah.

In a worldwide contest among schoolchildren, she had been given the name “Echo.”

Are you more likely to remember her now?

Do you think that simply giving a human name to a representative wild animal could move us to better conserve and care more for its species as a whole? 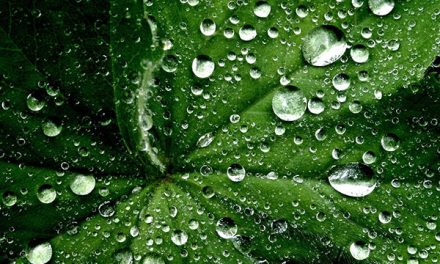 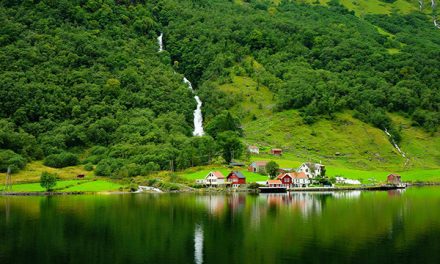 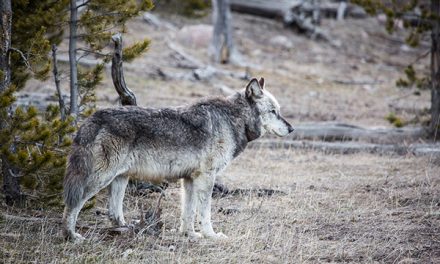 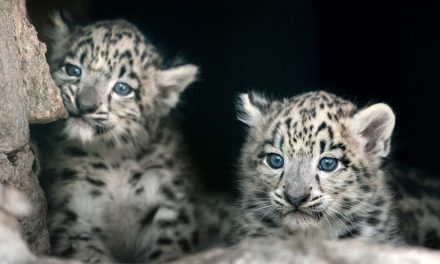