The 1783 volcanic eruption near Iceland’s Mount Laki lasted eight months. The voluminous sulfurous gases that were emitted killed most of Iceland’s domestic animals, and the resulting Haze Famine eventually killed about one-fifth of Iceland’s population.

Iceland’s landscapes have been described with many superlative adjectives, commonly including words such as “amazing,” “elemental,” “natural,” “spectacular” or “stunning”—even “otherworldly.”

It’s that last description that’s now intriguing me. That’s because some new scientific research is showing that the closest correlation between rocks found on Mars and anything similar on Earth is in Iceland.

There’s one more description of Iceland that’s commonly used: the “land of fire and ice.” And most often, it’s the ice part of that equation that’s emphasized or shown in high-fidelity color in coffee-table books and wall calendars.

Chunks of glacial ice dotting picturesque fjords are some of the most iconic images of Iceland.

So, let’s take a closer look at the “fire side” of Iceland for a change, turn over some stones, so to speak, and try to discover how this peaceful and enchanting island relates to the Red Planet.

Ancient temperatures on Mars compare to current conditions in Iceland

Since the space rover Curiosity landed on Mars on August 5, 2012, it has been collecting data about the chemical and physical states of mudstones formed in an ancient lake in the planet’s Gale Crater. But such data does not directly reveal the climate conditions at the time when the sediment eroded upstream. For that, researchers had to look for similar rocks and soils on Earth to find a correlation between the planets. By comparing the chemical and climate weathering of the sedimentary rocks on Mars, researchers found that the region’s mean temperature billions of years ago was akin to current conditions in Iceland.

Iceland’s basaltic terrain and cool weather, with temperatures typically less than 38 degrees Fahrenheit, turned out to be the closest analog to ancient Mars. For this study, which was published in the science journal JGR Planets, scientists took data from well-known and varying conditions in Antarctica, Hawaii, Iceland, Idaho and around the world to see which provided the best match for what the rover sees and senses in the crater.

The rover “Curiosity,” which landed on Mars in 2012, leaves its lonely tracks as it investigates the composition of the planet’s rocky surface.

Gale Crater once contained a lake, but the climate that allowed water to fill it is the subject of a long debate. Some argue that early Mars was warm and wet, and that rivers and lakes were commonly present. Others think it was cold and dry, and that glaciers and snow were more the norm.

The sedimentary rocks in Gale Crater, though, detail a climate that likely falls in between these two scenarios. The ancient climate was likely frigid, but it also appears to have supported liquid water in lakes for extended periods of time.

The researchers were surprised that there was so little weathering of rocks on Mars after more than 3 billion years, such that the ancient Mars rocks were comparable to sediments in an Icelandic river and lake today.

The restrained Icelandic volcano Fagradalsfjall on the Reykjanes Peninsula gained the spotlight on March 19, 2021, when an eruptive fissure opened in the Geldingadalir Valley. ©Guillaume Baviere, flickr

Fire from Fagradalsfjall relates to sleeplessness in Reykjavik

The “otherworldliness” of Iceland, however, is literally found not only in its sedimentary rocks, but in its igneous ones, as well.

Iceland’s Fagradalsfjall volcano in the Reykjanes UNESCO Global Geopark started erupting on March 19, 2021. Three weeks prior to the volcanic outbreak, an intense earthquake period began on the Reykjanes Peninsula near Fagradalsfjall mountain. It started with a 5.7 magnitude earthquake on the Richter Scale that stirred people in large parts of the country. In the following three weeks, there were more than 40,000 earthquakes. Most of them, however, were small and unnoticed; but several were large enough to disrupt the sleep of people in the neighboring town of Grindavik and the capital city of Reykjavik.

Geoscientists concluded that a rapid crustal uplift produced the earthquakes. Furthermore, it was an effusive eruption rather than an eruptive one. Lava did not burst from the Earth in an explosion of ash, fire and rock, as happened with the 2010 Eyjafjallajokull eruption, which caused a shutdown in air traffic over Europe. Instead, the Fagradalsfjall eruption emerged as an open fissure estimated to be 600 feet long, releasing much more gentle lava flows in the form of molten rivers.

About 8,600 years ago, Iceland’s Bardarbunga volcano produced the largest known lava flow during the past 10,000 years (more than five cubic miles of volume that traveled more than 62 miles). More recently, a fissure eruption began on August 29, 2014.

And because Fagradalsfjall is away from populated areas, the eruption was not expected to threaten people or properties. For that reason, it was described as a “tourist eruption,” which means a minor eruption that can be easily accessed and is safe—with the proper precautions of avoiding the hot lava and gases. Icelanders started flocking to the site to look at the fiery show nature was providing.

The ongoing eruption has been changing phases regularly. The activity is characterized by periods of (1) pulsating activity with fire fountains, (2) steady outflows of lava and (3) quiet periods where no activity is seen on the surface or on tremor graphs. There has been a pause since September 18, 2021. Still, we know from similar kinds of eruptions on Iceland’s Surtstey Island and in Hawaii that they can be in a quiet phase for a while and then pick up in activity.

Watch the short film below. Created by Joey Helms in 2021, it contains drone footage of the eruption of the Fagradalsfjall volcano. I suggest you watch it in full-screen mode. It’s rare to witness up close new lava fields created by an eruption.

It’s also a good reminder that the “land of fire and ice” not only looks good clad in cold, but with its fiery heart exposed, too. 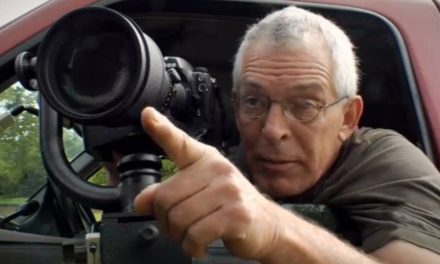 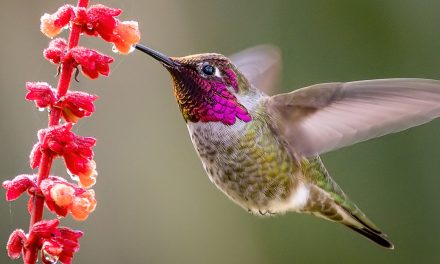 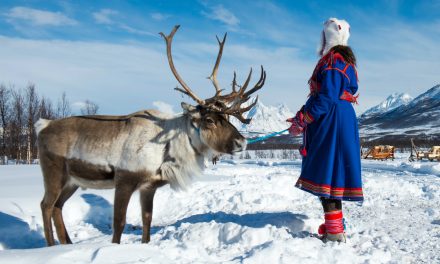