The strange-looking whales the Inuit hunter caught had tails shaped like those of narwhals and pectoral flippers like those of belugas, shown above. ©Alexander de Vries

Finding new hybrid species in the wild—such as the pizzly in Churchill, Canada—can be exciting and a great cause for concern all at the same time. Such news is inspiring because it signals that animals are trying to find ingenious ways to continue to exist in difficult times, but troubling in that it could mean that their current species are on their way to dying out.

Sometimes, however, these “new” hybrids are discovered in the halls of museums. And that’s the case with the “narluga.”

Recently, a team of researchers from the Natural History Museum of Denmark at the University of Copenhagen, from the Greenland Institute of Natural Resources and from the Department of Anthropology at Canada’s Trent University compiled the first and only evidence that beluga whales and narwhals can breed successfully.

But as the Arctic continues to rapidly warm and its ice disappears, could both of these near-threatened species be damaging their own future prospects?

During the 1980s in Greenland, a subsistence Inuit hunter caught three unusual-looking whales in Disko Bay. According to the hunter, one of the whales sank after being shot; and a second one was brought in, but its skull was left near the shore and eventually washed away. Because the whales appeared so odd, the puzzled hunter kept the third whale’s skull and placed it on the roof of his toolshed.

The skull of the narwhal-beluga hybrid (middle) lacks the tusk of a narwhal (bottom) and has odd teeth compared to a beluga (top). ©Mikkel Hoegh Post, Natural History Museum of Denmark

Several years later, Professor Mads Peter Heide-Jorgensen of the Greenland Institute of Natural Resources visited the Inuit hunter’s settlement and noticed the skull’s strange characteristics. He interviewed the hunter, who allowed him to send the skull to Copenhagen. In a 1993 study, Professor Heide-Jorgensen hypothesized that the animal was a narwhal-beluga hybrid, but he had no way to prove it.

Since then, the skull has been stored at the Zoological Museum, a part of the Natural History Museum of Denmark. That is, until researchers recently developed more and more powerful ways of extracting minuscule amounts of DNA from bones, and the skull was dusted off and brought out for a new examination.

Researchers now had a reliable, scientific way to compare the DNA from the skull’s teeth with that from eight live belugas and eight live narwhals from the same area in western Greenland where the skull was found.

What they discovered was that the skull belonged to a whale that was 54 percent beluga and 46 percent narwhal. A DNA analysis of the mitochondria—which are inherited solely from females—suggested that the hybrid’s mother was a narwhal, and a chromosome investigation indicated that the animal was a male. The researchers state in their June 20, 2019 paper published in the journal Scientific Reports that this specimen represents, to their knowledge, “the sole evidence of hybridization between the only two toothed whale species endemic to the Arctic.”

While they are each other’s closest relatives, belugas and narwhals differ in morphologies. Narwhals have grayish-brown, mottled pigmentations, whereas beluga adults are completely white. ©Ansgar Walk, Wikimedia Commons

This first-generation hybrid has been popularly dubbed a narluga. Patriarchal conventions dictate that in naming a hybrid, the father’s species comes first. For example, a cub born to a male polar bear and a female grizzly is a pizzly, but one with a grizzly dad and a polar mom is a grolar. So, technically, the toolshed whale skull is a belwhal, not a narluga. But since the latter name sounds better—and I’d argue, more fun to say—narluga is the name that stuck.

A brand-new set of bizarre teeth

As the researchers noted, only two toothed whale species are found in Arctic waters year-round: the beluga and the narwhal. Narwhals have two teeth. In males, usually the more prominent tooth grows through the upper lip into a swordlike, spiral tusk up to 10 feet long, making the narwhal look like a unicorn. (Narwhals do have a pair of vestigial teeth behind the tusk.) Female narwhals also have two teeth and sometimes can grow a tusk of their own, but not as large as that of males. Beluga whales, on the other hand, have a set of up to 40 upper and lower, identical, cone-shaped teeth that are aligned in a straight row.

The hybrid whale split the difference, having a set of 18, variously shaped teeth that were angled horizontally in both his upper and lower jaws. Some teeth even had spirals that turned in the same direction as a narwhal’s tusk. A chemical analysis of this unique set of teeth indicated he didn’t have the same diet as either of his parents. Both belugas and narwhals dive in search of fish and squid that are located in the water column. The hybrid’s teeth were chemically closer to those of a bearded seal or walrus. He most likely ate food at the bottom of the sea floor, in the benthic zone, using his outwardly protruding teeth as shovels for rooting through the sand.

The narwhal tusk—most commonly found on males—is actually an enlarged tooth with sensory capability and up to 10 million nerve endings inside.

Belugas and narwhals are about the same size, share the same Arctic waters and are more closely related to each other than to any other species. Both have been found swimming among each other’s pods. But while NatHab guests can see belugas in Churchill in summer, narwhals are a bit more elusive.

Greenland’s Disko Bay happens to be one of the very few places where belugas and narwhals overlap during mating season. Still, the pairing is unusual, even shocking, to some researchers. The beluga and narwhal branches of the whale family tree split off about 5 million years ago—about the same time that human and chimpanzee ancestors went their separate ways. In fact, a recent genomic analysis of belugas and narwhals showed that the gene flow between the two species ceased 1.25-1.65 million years ago.

So, interbreeding between the two species appears to be either a very rare or a very new occurrence. Why or how often it happens is still a mystery. Both species breed at a time of year when thick sea ice is breaking up—keeping inquisitive scientists at bay—so we know next to nothing about how they reproduce. The male narwhal’s tusk, for example, was thought to be so attractive that a female narwhal would be unlikely to mate with a tuskless male from another species. And yet, the narluga’s narwhal mother clearly did have sex with a beluga.

Along with bowhead whales, belugas and narwhals are the only three of the 89 living cetacean species to be found in Arctic waters year-round. ©Ansgar Walk, Wikimedia Commons

On the other hand, the fact that the hybrid had a narwhal mother and beluga father makes sense. The tusks of male narwhals might indicate to amorous female belugas that they are not of the same species. But because female narwhals and belugas are similar in size and shape and could easily be mistaken for one another, a male beluga might select a female narwhal as its mate.

That a creature such as the narluga exists can be seen as a cause for celebration or as an ominous sign for the future.

The narluga has a mouth that doesn’t normally exist in nature, yet he still found a way to use it. He lived neither like a beluga nor a narwhal, but he survived nonetheless.

On the darker side—especially for the Arctic’s endangered and near-threatened residents—hybrids tend to be infertile. As such, they act as genetic dead ends for already small populations. Even if they are fertile, the mixed genomes of their offspring could then turn out to displace those of their parents.

It will be instructive to find out if the narluga represents an isolated event or whether he signals an increase in hybridization as a consequence of the changing climate. Researchers are now examining dozens of beluga and narwhal bones up to 50,000 years old to find any prior traces of interbreeding.

If it does turn out that crossbreeding is a new result of climate change, will it offer a way for narwhals to continue to survive by bolstering their relatively low levels of genetic diversity via bringing in genes from their closest relatives? Or might it inadvertently doom them?

Our near-future world might be filled with pizzlies and narlugas, while polar bears, grizzlies, belugas and narwhals become relics of the past. 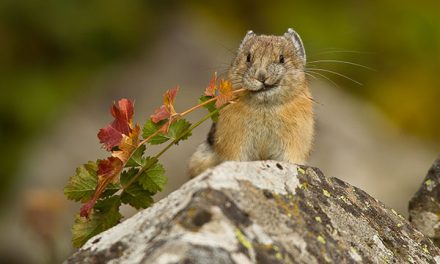 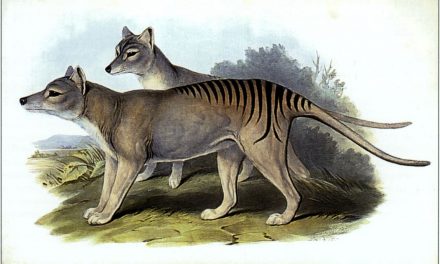 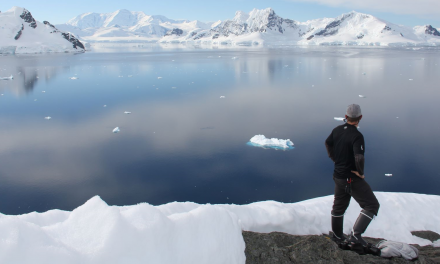 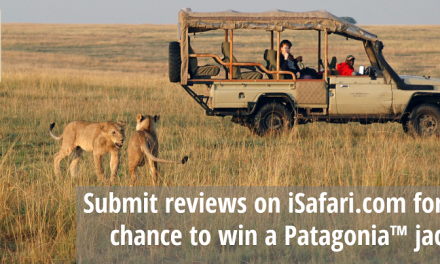