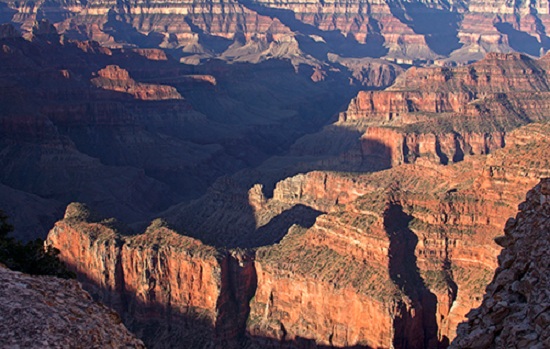 On the North Rim of the Grand Canyon, polychromatic rock walls descend a mile down to the Colorado River. ©John T. Andrews

Visiting the Grand Canyon is a watershed moment for every American. Whether you gaze upon it from the North Rim or the South, the polychromatic rock walls that stretch away from you a mile down to the Colorado River and the canyon floor play with your sense of time and reality. Close to forty separate layers of stone tell a story that goes back more than twelve hundred million years, about one-tenth of the age of the universe. Most of us, recalling standing on one of the rims, describe the moment as spiritual, a reminder of how tiny we are in comparison to the forces of the cosmos.

But now imagine that high-rise hotels, gondolas, and the cables that carry them from rim to floor mar your hallowed view of our planet’s history. Does it detract from your experience of this natural wonder, or offer you yet another way to experience this canyon’s beauty?

Some areas might only be meant for hiking into. ©Eric Rock

The community of Tusayan, a town just a few blocks long that is situated less than two miles from the Grand Canyon National Park’s entrance at the South Rim, has recently approved plans to construct 2,200 homes and three million square feet of commercial space that will include a dude ranch, hotels, shops, and a spa. And less than twenty-five miles to the northeast of Tusayan on the Navajo Nation reservation, some Navajo leaders in conjunction with developers from Scottsdale have plans to construct a 1.4-mile, Grand Canyon Escalade tramway that would descend 3,200 feet directly into the canyon’s heart. It’s thought that the cable system will transport more than four thousand visitors a day in eight-person gondolas to the canyon floor. Once there, it is hoped, visitors will be able to stroll along an elevated, riverside walkway to a restaurant at the place where the Colorado and Little Colorado Rivers meet, a spot known as the Confluence.

The Confluence, however, happens to be sacred to many Hopi and Zuni people, as well as Navajo. Some tribal opponents to the gondola project believe the two rivers represent male and female, and where they meet is where life begins. The project requires approval of the Navajo tribal government, and it’s not known yet if it will be granted. But National Park Service personnel have already called this “the most serious threat the park has faced in its ninety-five-year history.”

Some, however, believe the tram will be good news for the Grand Canyon. It has always been difficult for anyone except seasoned hikers or those who are physically capable of riding mules to reach the canyon floor. Most of the five million annual visitors to Grand Canyon National Park stop at the rim, look around, and then move on without ever venturing farther. Gondola rides, proponents say, would offer the opportunity for tourists, especially those with disabilities or the elderly, to reach the canyon floor, something that is now quite challenging for them to do.

Opponents of introducing gondola rides into the Grand Canyon point out that there are other ways to experience the park, such as helicopter tours, if hiking or mule rides are out of the question. And, perhaps, a level of inaccessibility should be tolerated.

Perhaps, in some places, a level of inaccessibility should be tolerated. @Henry H. Holdsworth

In Great Smoky Mountains National Park, for instance, the singular accommodation is one you can reach only by hiking up a mountain for five miles. Designated Wilderness Areas have no roads. Today, almost anyone can pay to ascend Mount Everest, the peak that was once reserved for only the hardiest of climbers — sometimes with disastrous effects. While everyone might like to achieve Herculean feats the easy way, it tends to cheapen the experience of earning them.

On May 6, 1903, Teddy Roosevelt stood on the South Rim of the Grand Canyon and delivered a speech. In part, he said:

“I want to ask you to do one thing in connection with [the Grand Canyon], in your own interest and in the interest of the country — to keep this great wonder of nature as it now is. I hope you will not have a building of any kind, not a summer cottage, a hotel, or anything else, to mar the wonderful grandeur, the sublimity, the great loneliness and beauty of the canyon. Leave it as it is. You cannot improve on it. The ages have been at work on it, and man can only mar it. What you can do is to keep it for your children, your children’s children, and for all who come after you, as one of the great sights which every American, if he can travel at all, should see.”

Do you think the Grand Canyon Escalade tramway is a good idea, or not? Where do you draw the line between providing access to our publicly owned lands for as many Americans as possible and preserving wilderness? 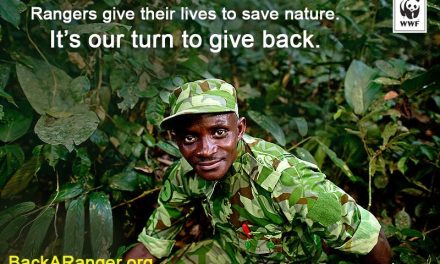 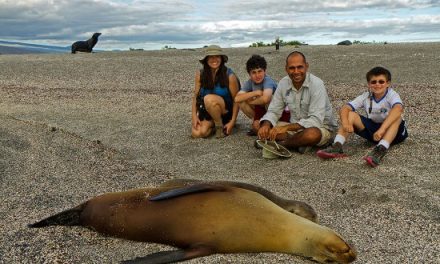 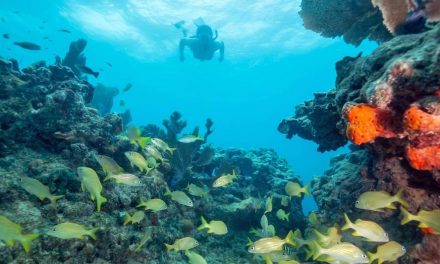 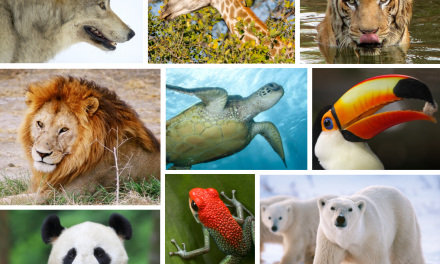