For the first time, North America’s three bear species—black, grizzly and polar—have been documented sharing the same spot. And that spot happens to be one that is very dear to Natural Habitat Adventures and its travelers: Churchill, Manitoba, Canada, our polar bear tour headquarters.

Recently, in November 2018, a paper published in the peer-reviewed journal Arctic Science, titled Novel range overlap of three ursids in the Canadian subarctic, described how cameras set up by University of Saskatchewan researchers in Wapusk National Park on the shore of Hudson Bay near Churchill captured the proof that had scientifically never been substantiated anywhere before.

And remarkably, this doesn’t look like a case of science just catching up to what’s been going on all along but not yet noticed by us. Researchers have been conducting studies on that particular piece of ground since the 1960s.

So why is this happening now? The study’s lead author, Douglas A. Clark, says that the presence of all three North American bear species in the same area is “consistent with expected ecological responses to the amplified impacts of climate change on high-latitude ecosystems.”

In other words, climate change is likely a factor.

Grizzly bears are the new “kids on the block” in Wapusk National Park. ©Brad Josephs

Wapusk National Park is best known for its polar bears. They come ashore in the summer and fall when the sea ice in Hudson Bay melts. They congregate here, waiting for winter and access to the sea-ice platforms from which they can hunt seals. Some stay in the park for the winter to den in the permafrost where they give birth.

Professor Clark and his colleagues began studying the interactions between polar bears and people in Wapusk in 2010, after more polar bears than expected began visiting field camps in the park. They deployed 18 camera traps at three, remote stations to find out why and when the polar bears were dropping by.

What the research team members got wasn’t exactly what they were looking for: between 2011 and 2017, they found that there were 401 visits from all three of Canada’s bear species: 366 from polar bears, 25 from black bears and 10 from grizzlies.

Since Wapusk National Park lies along the northern edge of the boreal forest, prime black bear habitat, their visits were not all that surprising. But what was astonishing were the grizzlies. It wasn’t just one or two transient bears, but several, which made the researchers suspect that at least one of them may be denning there.

Barren-ground grizzly bears have been expanding their range across the Arctic in recent decades. Scientists previously guessed that the three species may have used the same habitat in Beaufort Delta in the top corner of the Northwest Territories, but it’s never been confirmed, despite the presence of polar-grizzly hybrids.

But we now know that something has definitely changed near Churchill, where there’s positive proof that grizzlies are becoming “regulars.”

Three dynamic ecosystems—boreal forest, ocean and tundra—converge in Wapusk National Park, and all are changing quickly as the Arctic warms.

What we’re now seeing in Wapusk is consistent with how researchers expect northern carnivore populations to respond to climate change. Bears are governed by their need to accumulate fat stores for the next hibernation, so this overlap is most likely a response to alterations occurring in the availability of bear foods. Warmer temperatures have increased berry abundance here over the last few decades, and that’s encouraging young grizzlies looking for their own turf to check out the territory.

The Arctic is quickly warming, and climate change is moving species around. In the near future, polar bears will likely meet black bears and grizzly bears more and more. ©Eric Rock

Professor Clark believes that of the three species of bears coming together here, it is the grizzlies that are likely to benefit the most because they have been known to dominate polar bears and black bears elsewhere, sometimes displacing them. He cautions, however, that other bears generally change their behaviors to avoid grizzlies. So, this range overlap shouldn’t be viewed as a threat to any of these bears but understood as an ecological response to environmental change that needs to be better understood.

This scientific observation of range overlap of three ursids in the Canadian sub-Arctic, however, is so much more than just a novel situation in the area. It’s a matter that reaches far beyond northern Manitoba.

Change has become increasingly central in ecological theory, and the question of how to navigate it more effectively—while recognizing the stakes local people have in conservation decisions—is one of the biggest challenges environmental managers face today. Professor Clark says that people often assume that the conditions present when a park is established is the “baseline” that must be protected, even though it may just be a snapshot in ecological time. So as climate change continues to move species around and create new combinations of them, it will force us to take a hard look at our assumptions about conservation. Humans will have to consider how—and to whose benefit—they’ll manage wild populations that shift with their fluid habitats.

Will polar bears learn to share their traditional home on the shores of Hudson Bay? Perhaps we need to take a hard look at our assumptions about conservation efforts. ©Eric Rock

The polar bear population in western Hudson Bay is considered temporarily stable, but provincially polar bears are listed as a threatened species. Grizzlies are a species of special concern in Canada and are on the list of extirpated (locally extinct) animals in Manitoba. Black bears are not categorized as a threatened species. So, the conservation priorities get complex.

The researchers say that there’s no evidence yet of the three bear species coming in contact with each other. But the cameras did record a black bear and a polar bear crossing paths within three hours of each other. There’s no question, they say, that the bears know the others are in the area and that they likely have an idea of who the others are.

Now that we know, too, what will we do? 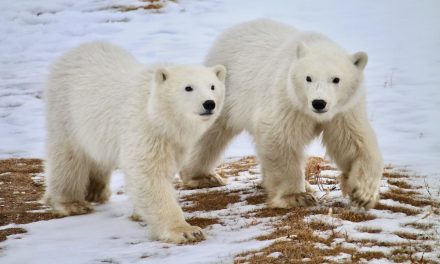 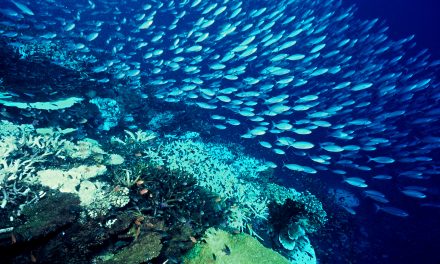 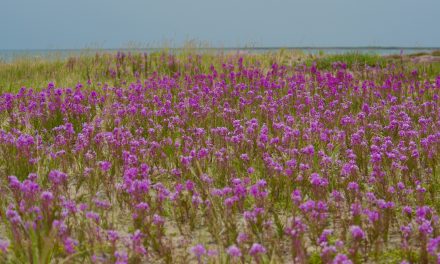 The Summer Ecology of Churchill, Manitoba