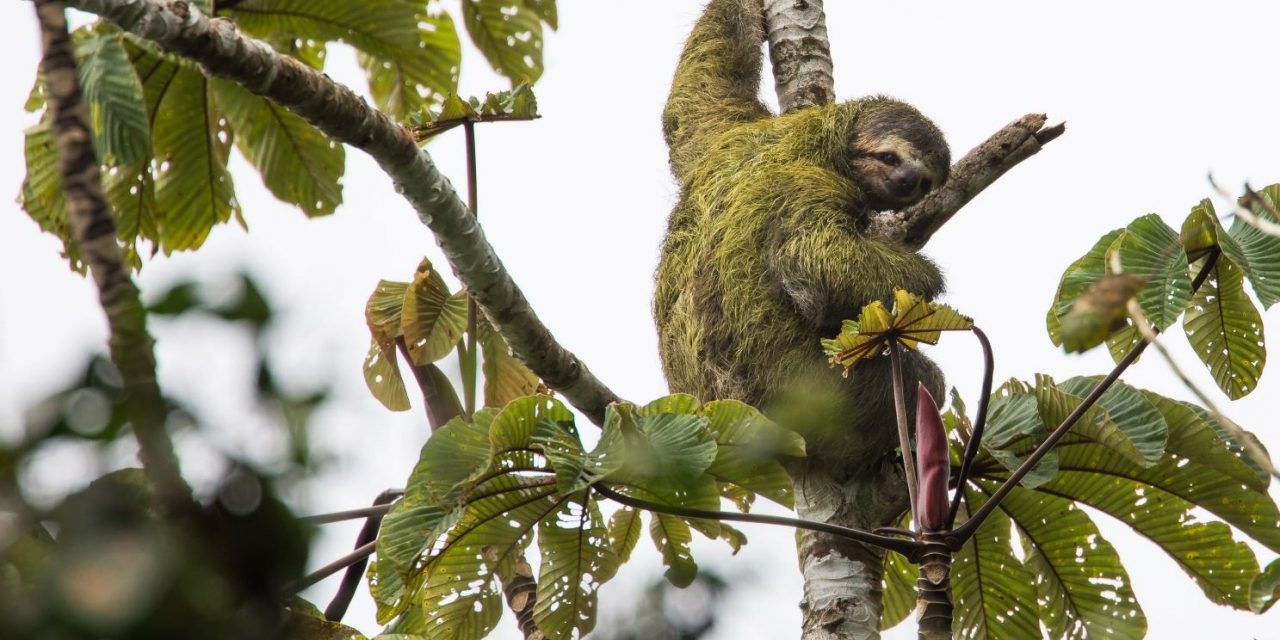 Wildfires, flooding, drought, deforestation, pollution—it seems like every time we turn on the television, the radio, or log onto social media, we are bombarded with pessimistic or downright negative news about the planet we call home. It’s safe to say that most of us care a great deal about wanting to live on a healthy and resilient planet, but how do we actually get there? Raising awareness is a wonderful start, but it’s concrete and passionate action that can make a difference in carving a path forward.

Future For Nature is an organization that recognizes and supports ambitious young conservationists who are committed to not just wanting a better future but who are actively creating it by protecting species of wild animals and plants. Through their fierce leadership, they both inspire and mobilize communities, organizations, governments, investors and the public at large. This year there were more than 250 candidates from all over the globe, and three leaders in nature conservation were chosen to be the 2022 winners of the Future For Nature Award. Each winner was awarded 50,000 euros for their efforts.

This year marked the 15th anniversary of the FFN Awards, and to celebrate this milestone, all award laureates were invited to the Netherlands for a week of workshops, seminars and networking opportunities to support the development of themselves and their projects. In past years, this internationally recognized nature conservation prize was presented by none less than Sir David Attenborough, Dame Jane Goodall, Dr. Frans de Waal and Doutzen Kroes. Presiding over this year’s awards was Razan Al Mubarak, newly elected president of the International Union for the Conservation of Nature (IUCN) and Frans Timmermans, vice president of the European Commission.

Tiasa Adhya from India, Gabriel Massocato from Brazil and Rebecca Cliffe from Costa Rica and the U.K. are the very deserving recipients. Let’s get to know a bit more about the exciting work these young conservationists are doing!

Tiasa Adhya was recognized for her commitment to safeguarding the very misunderstood fishing cat and its wetland habitat. Many people don’t associate cats with water, but with a primarily fish-based diet, this species is 100% reliant on wetland ecosystems in parts of Asia. Tiasa thinks of the fishing cat as a very clear marker that demonstrates wetland health and the balance between nature and humans. She co-founded The Fishing Cat Project in 2010, which happens to be the longest-running research and conservation project on this animal.

Through this project, she started an initiative called ‘Know Thy Neighbors,’ which trains residents who then monitor the local fishing cats to collect ecological data. Each fishing cat is named, helping to create a personal connection with the species. With the strong network she has created, Tiasa has helped to secure not only a brighter future for the fishing cat but also for the human residents dependent on this ecosystem. Tiasa’s inspired work not only resulted in the fishing cat being appointed the official ambassador of Chilika, India, but it has also brought attention to other animal species in the ecosystem—which led to the first-ever recording of the Eurasian Otter on India’s east coast.

With her Future For Nature prize money, Tiasa plans to set up multiple education programs, including one that will focus on school children from indigenous fishing communities—creating a young generation of passionate local stewards for nature in her homeland of Chilika. Simon Stuart, a member of the International Selection Committee, has this to say of Tiasa: “A young woman developing a globally significant conservation initiative, starting in the outskirts of Kolkata City, sounds very improbable, and yet this is what Tiasa has achieved. She is multi-talented, and her program covers community engagement, campaigning, law enforcement, collaborating with government agencies, scientific research and rigorous monitoring.”

Tiasa, we at Nat Hab thank you for putting the spotlight on the fishing cat and its importance in the wetland ecosystem.

Protecting Giant Armadillos in the Pantanal

Across the planet from Tiasa lives Gabriel Massocato, a 34-year-old Brazilian biologist who has dedicated his entire life to a species that was slipping away into oblivion: the giant armadillo. Giant armadillos are not known to many, but their importance should not be underestimated. They play a very important part as ecosystem engineers, as their powerful burrowing provides safe shelter to many species. Unfortunately, like too many other animals in Brazil, this notable species is threatened by rapid habitat loss. Without protection, the giant armadillo could easily disappear from key natural areas in Brazil, which is why Gabriel is creating a safe, natural environment to prevent the species from going extinct. Gabriel hopes to elevate the giant armadillo as an ambassador for biodiversity. 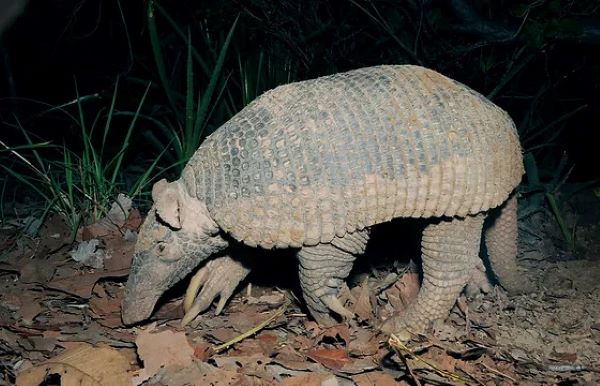 At the Giant Armadillo Project, Gabriel slowly worked his way up to project coordinator in the Pantanal, where he conducted long-term research to identify the giant armadillo’s basic biological and ecological needs. He has trained more than 80 aspiring nature conservationists. As if that wasn’t enough, he also helped to create the giant armadillo National Action Plan and set up a community fire brigade to protect almost 600 square miles in the Pantanal (the world’s largest tropical wetland area). To provide even more support, Gabriel also recently co-founded the Wild Animal Conservation Institute (ICAS). Through research, awareness-raising and working together with local communities, Gabriel is creating innovative solutions for the conservation of this little-known but very important creature.

With his FFN prize money, Gabriel plans to set up even more field expeditions to study and monitor giant armadillos and their habitat. He is excited to create Giant Armadillo Conservation Units, which will help prevent the current imminent extinction of giant armadillos in the Cerrado of Mato Grosso do Su region of Brazil.

We (and we think it’s safe to say the giant armadillos) appreciate you, Gabriel.

Rounding out the group of this year’s winners is British biologist Rebecca Cliffe, who is celebrated for her work protecting sloths and their tropical forest habitat in Costa Rica. She uprooted and moved from her home in the U.K. to learn more about the elusive lives of these slow, charismatic creatures. (Can’t say we blame you, Rebecca, as most everyone on our Nat Hab Costa Rica trip toys with the idea of what it would be like to move there!) 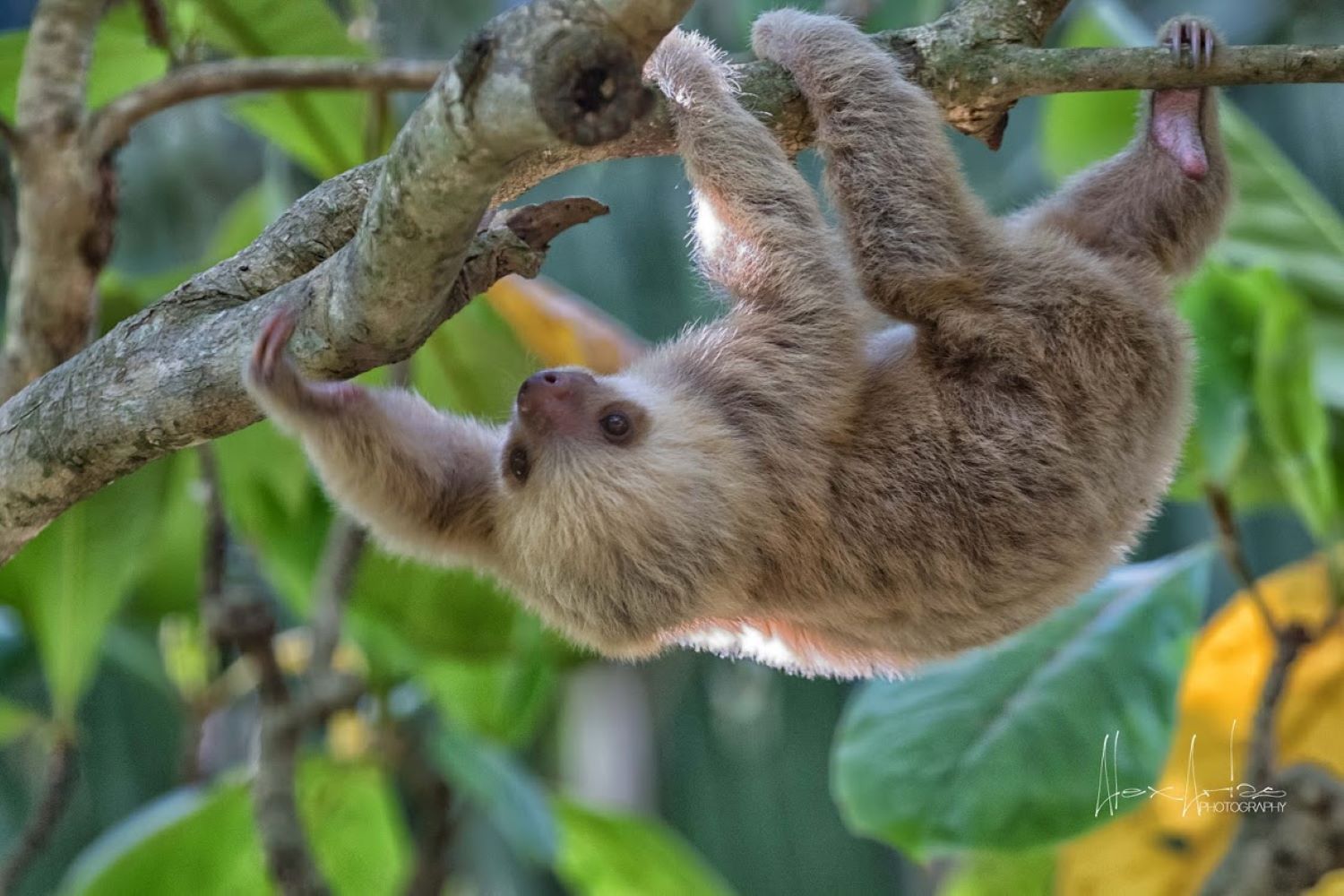 Through her Sloth Conservation Foundation, Rebecca reforests nature, rescues wildlife and reconnects people with the environment. “When I grew up in the north of England, I had no idea what a sloth was. So this is sort of overwhelming,” she says. Rebecca now knows that in order to protect sloths, you need to understand them deeply. This is why she spent six years in the forest, studying and monitoring these tree-dwellers and the specific threats to their existence. With her newfound knowledge, she developed the first-ever sloth rehabilitation and reintroduction protocol. Through her Sloth Conservation Foundation, Rebecca creates important alliances with local communities, landowners and businesses. With community help, more than 15 square miles have been reforested, and many school children have been educated about the importance of nature conservation. She has also overseen the construction of more than 100 wildlife bridges. These help arboreal animals like sloths and monkeys cross above the rapidly developing network of roads cutting into the forests of eastern Costa Rica.

Dr. Rascha Nuijten, the director of FFN, says of Rebecca, “She masters all facets of the project, from ecological research on population genetics to exploiting social media for outreach and fundraising. By making the Sloth Conservation Foundation such a success in such a short time, Rebecca showed incredible planning, innovation, endurance and commitment to her objectives of understanding the biology, threats, conservation needs and socio-political environment of sloths.”

Rebecca plans to use her FFN prize money to contract the services of a sloth-detection dog from an organization like Working Dogs for Conservation. Because sloths are so slow-moving and camouflage so well, sloth population counts are often considered to be only somewhat accurate. But sloths do leave the comfort zone of their trees to defecate on the ground, and a specially trained dog can sniff out that rare scat. “It’s going to allow us to see how many sloths are living in different regions and how that is changing over time,” Rebecca says. “And that really gives you a way of knowing the true conservation status of the species, and also being able to measure the impact of conservation efforts as well.”

We have a feeling you’re just getting started, Rebecca, and we can’t wait to hear about your future conservation efforts.

FFN director Nuijten says of Taisa, Gabriel and Rebecca, “Overall, this years’ finalists are of a very high standard. All three of them have shown they are dedicated and have an impact. They will go far to reach their objectives and don’t shy away from thinking out of the box to find solutions to the obstacles they face on their way. This is what all our Future For Nature winners have in common.”

We couldn’t agree more, and we are very appreciative of the tireless work these passionate young conservationists are doing to protect some of the most vulnerable species on this planet. 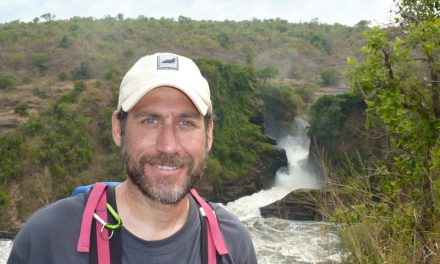 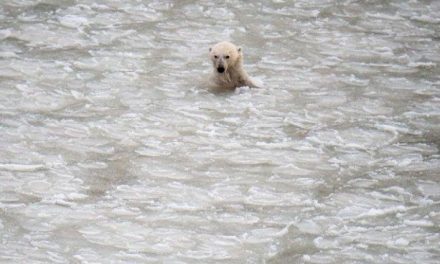 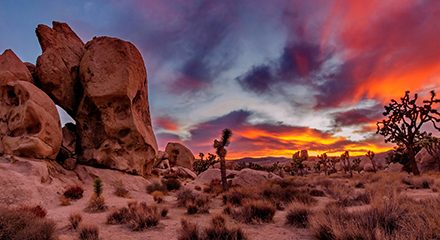 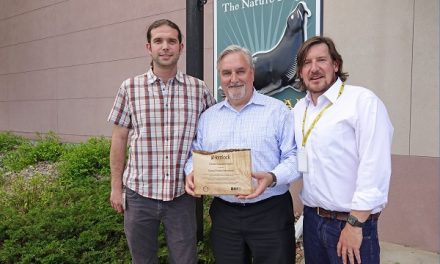