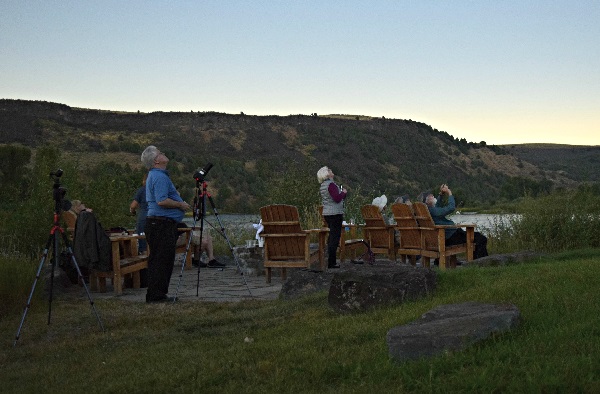 I knew that it was going to be spectacular—even awesome, in the truest sense of the word. Nevertheless, I was not prepared for what I saw during the eclipse.

Before Nat Hab offered me an opportunity to lead a Yellowstone trip during the total solar eclipse of August 2017, I was going to make certain that I would not be anywhere near the line of totality. People were anticipating traffic Armageddon. Teton County, as well as the National Parks Service, had begun issuing traffic warnings months before the eclipse. One brochure issued by Grand Teton National Park cautioned locals to expect, “extremely congested traffic and gridlock” on the day of the eclipse. I watched as farmers set aside crop fields for tourists, anticipating on making more money from campers than a harvest. Gas stations were expected to be drained dry. Food markets were going to be cleared out. When August came around, I knew one thing for sure—I was going to steer clear of the Yellowstone area.

Of course, all of that changed when I was asked to guide a unique Yellowstone expedition during the eclipse. A UCLA alumni group had signed up with Nat Hab years in advance to be in the Yellowstone area specifically for the solar event. This group of heliophiles meant serious business. Some of them collected meteorites as a hobby. One individual worked for NASA. They even brought along their own astronomy professor, Kevin McKeegan, a gentleman with vast amounts of information about the anticipated phenomenon. 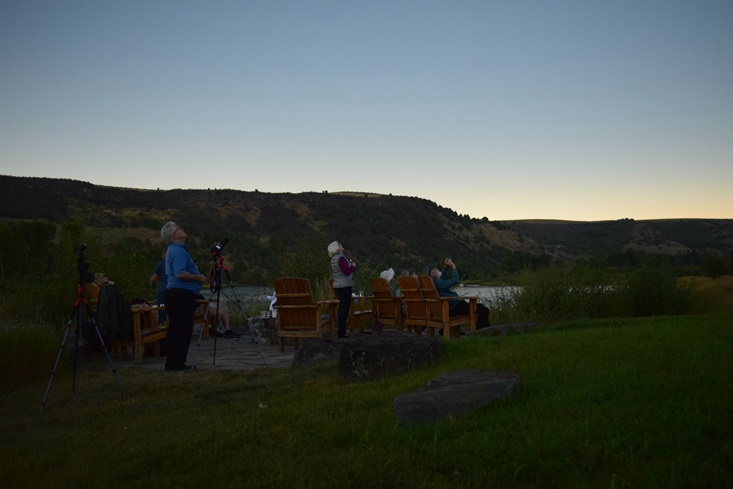 Once I realized that Nat Hab was at the helm, I was no longer afraid of an eclipse-apocalypse. On the contrary, because of the amount of animation the alumni group clearly had, I myself began to get a little more excited as the date approached. I knew that NHA would keep our group out of the pandemonium—the management team had been making careful preparations—and I honestly did want to be around the Greater Yellowstone Ecosystem for this once in a lifetime opportunity, just so long as I didn’t need to fear there would be a food shortage.

Ironically, the ecosystem remained quiet and mesmerizingly perfect during the hype of the eclipse. The chaos of humanity on the flatlands was utterly swallowed up into complete insignificance by the wilderness. The granite fangs of the Teton Mountains continued to crown the landscape, a view unmarred by the many visitors below. The legions of lodge pole pine trees remained fervent sentinels dutifully fixed, while automobiles zoomed down serpentine park roads. Geysers and hot springs sizzled and dazzled as wondrously as they had 10,000 years before, faithfully erupting whether there were spectators or not. Bison shifted their heavy animated masses across the valleys, continuing their sacrosanct mating season just as they had for millennia; the crowds would not interrupt their romantic majesty. In spite of the traffic, the crowds and tourists, the ancient grandeur that makes the Greater Yellowstone Ecosystem so magnificent continued to manifest its wildness. It made me glad to be there—I have a hell of a job. 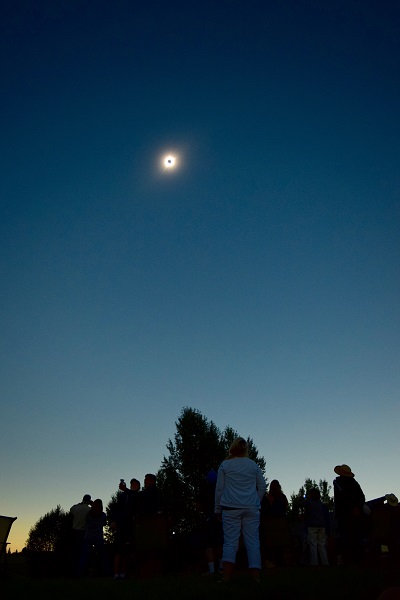 I had never seen a total solar eclipse before. “It’s going to be life changing,” a guest told me. “I’m sure it will,” I responded somewhat skeptically. I had seen photos of solar eclipses on the Internet—pretty damn good ones, I thought. I had done my homework and I was sure I knew what to expect. There were people in the group who traveled the globe following eclipses. It sounded like some kind of syzygy cult, I thought. For some of them, the summer eclipse of 2017 was their fifth solar eclipse. I admit that this seemed a little extreme to me. Like I said earlier, I expected it to be cool. But I had no idea just how cool it was really going to be.

As the last nimbus of sunlight flared and vanished into shadow, I experienced emotions that I hadn’t felt since I was a kid on Christmas. To try and describe it is futile. The total eclipse left me stammering and laughing in sheer dumb awe! Stars were unveiled as a blanket of dusks and dawns circumnavigated the horizon. Birds went hush and temperatures plummeted. I cannot think of a time more raw and surreal that I have ever experienced in all my years working in the outdoors. Everything seemed heightened by a sense of utter whelming. Despite my 21st century education, I couldn’t help but feel a slight echo of primeval terror. And yet, all I can remember doing is choking back laughter and pure thrill. And then it was over.

I have since repented of what I had thought previous to my eclipse experience. You don’t just see an eclipse once. Once you have witnessed a total eclipse you become addicted to its splendor. I completely understand why people race across the globe chasing after them. I’m hooked. NHA, sign me up for the next one!

Join Nat Hab on a small-group exploration of the Greater Yellowstone Ecosystem with our expert naturalist guides! View our Yellowstone expeditions. 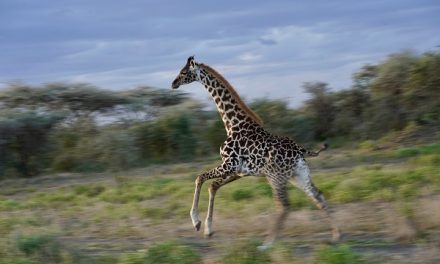 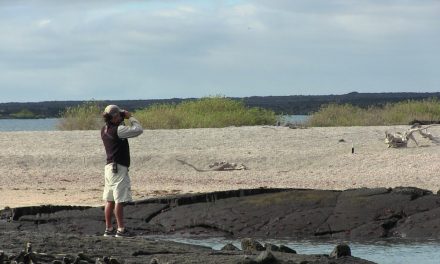 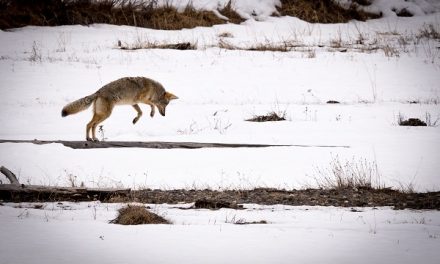