Recently, researchers found that tourists’ photographs of charismatic megafauna—such as these lions in Botswana—are a valuable addition to a wider tool kit of techniques that they can use for wildlife conservation.

I have never been fortunate enough to go on an Africa safari, but I never tire of reading about the experiences of others who have visited the continent, such as the thrill of seeing a herd of wildebeest spread across a vast, open plain or spotting a leopard lazing in a tree as the sun sets.

And I don’t think any of us can get enough of the stunning photographs that travelers to Africa return with: elephant families drinking at watering holes, black-and-white zebras in tall, green grasses; graceful giraffes grazing the tops of acacia trees; groups of meerkats standing upright, basking in the warmth of the morning sun; or the beautiful patterns of a wild dog’s fur.

But what if those same trip-of-a-lifetime snapshots could also help monitor those animals—including some that are threatened or endangered—helping to improve their lives and even save them?

It turns out that they can.

Over one survey period of collecting wildlife population data, the tourist photograph method was the only one to detect the presence of cheetahs in the area.

A living planet with landscapes for all

According to World Wildlife Fund’s 2020 Living Planet Report, there is a catastrophic decline in animal populations everywhere. This biannual report examines trends in the global Living Planet Index, a biologist’s type of “stock market index” for the abundance and diversity of animals around the world. If the global score is steady or increasing, animals are generally thriving, while a falling score indicates a planetwide problem.

Sadly, the Living Planet Index has taken a nosedive—it’s down 68 percent since 1970, the blink of an eye in evolutionary time. It’s predicted that about a million species are at risk of extinction. And we’re all invested.

As more of the Earth’s biodiversity disappears and the human population grows, protected landscapes that are set aside to conserve biodiversity are increasingly important for our own health and well-being. Yet most conservancies and protected places are significantly underfunded, and many of Africa’s most treasured areas continually operate in deficits of hundreds of millions of dollars.

Stunning images taken by Africa safari-goers, such as this one of a leopard lounging in a tree, not only have aesthetic worth but also scientific research value.

In order for conservation efforts to be effective, decisions need to be evidence-based. The problems facing wildlife today are complex, but knowledge backed up by science can help steer the way. Data on population numbers and trends can help divert limited resources to the right places at the right times; and, ultimately, it can help increase the number of species that can be saved.

Traditionally, animal population surveys in Africa are done using one of three methods: camera traps, track examinations or call-in stations (where sounds are played through a loudspeaker to draw in specific types of wildlife). Each has advantages and disadvantages. Camera traps, for example, are particularly useful for understanding the densities and varieties of species in an area, but they also can cost tens of thousands of dollars to run; and placed in the wild, cameras are at the mercy of curious wildlife. An elephant might knock down a camera trap, or a lion cub could run away with the equipment. Track surveys rely on specialist trackers, who aren’t always available; and call-in stations don’t always work in a particular spot. All of this makes wildlife monitoring difficult to carry out and repeat over large areas, limiting access to the information needed for quick and effective conservation.

But tourism is one of the fastest growing industries in the world. In sub-Saharan Africa alone, it is thought that 55 million people traveled to the region in 2019. Many come for the unique wildlife and unknowingly collect valuable conservation data with their cameras and cell phones: wildlife photographs. Such images on social media are already being used to help target the illegal wildlife trade and have been suggested as an aid to sustainable tourism.

These spotted hyenas in Botswana are the largest of three hyena species that also include brown and striped hyenas. Although they appear similar to dogs, they are more closely related to cats. They live in “clans”—up to 80 individuals—led by females.

Yet tourists and their guides are still an often-overlooked source of information for monitoring wildlife.

Tourists tested and come out on top

So, to test the veracity of their hypothesis that tourist photographs could be used for wildlife surveying, researchers provided participating Africa safari-goers with small GPS trackers, originally designed to follow pet cats. These allowed the scientists to later tag the wildlife photographs with location data.

The research team analyzed 25,000 photographs from 26 tour groups to survey the population densities of five top predators (cheetahs, leopards, lions, spotted hyenas and wild dogs) in northern Botswana. They manually identified animals by their coloration patterns or, in the case of lions, by their whisker spots. The tourist photograph method was carried out alongside camera trap and track and call-in station surveys to compare the wildlife density estimates obtained from each and the costs to get this information.

According to World Wildlife Fund, the wild dog is one of the world’s most endangered mammals. Wild dog habitat degradation and loss are caused by agriculture, the building of dams and roads, environmental pollutants and livestock grazing.

The results, published in the July 22, 2019, science journal Current Biology, showed that data from the tourist photographs provided similar estimates of wildlife densities as the other survey approaches and was much cheaper to collect and process, providing savings of up to $840 per survey season. Plus, while the costs of the tourist photograph method (mainly due to the researchers’ time spent processing the data) were most similar to the track surveys, scientists typically got more information from the images than the tracks. Data—such as exactly who was sighted, what condition were they in and how were they behaving—could be teased from the images but remained hidden from the tracks.

In addition, most of the cost of the tourist photograph method, which was the researchers’ time in manually processing the images, is a task that in the future could be outsourced to artificial intelligence to further reduce expenses. This was also the only method to detect cheetahs in the area—though so few were sighted that their total density couldn’t be confirmed.

This study is one of the first to use tourist photos for this purpose.

Our world is rapidly changing. For many areas, information on biodiversity loss is sporadic or absent. While tourist photographs may not be a silver bullet for all wildlife monitoring, there is little doubt that they are a valuable resource that we need to harness.

No silver bullet, but a very real silver lining

The researchers believe that if they could combine advances in artificial intelligence and automated image classification with a coordinated effort to collect images—perhaps by partnering with tour operators—they would have a greater opportunity to continually and rapidly assess the charismatic megafauna that live in areas with established tourism programs and that typically enchant visitors.

Of course, while there isn’t one silver bullet that will be useful in every situation, the researchers note that thousands of wildlife photographs are taken every day. They could be a valuable addition to a wider tool kit of different techniques that researchers could dip into depending on a conservation project’s needs and requirements. This study adds to the growing body of evidence that citizen science is a powerful tool for conservation.

The line between true wildernesses and landscapes modified by humans is becoming increasingly blurred, and more people are visiting wildlife in their natural habitats. A close second to the thrills of actually going on an Africa safari could be knowing that conservationists can use those travels of yours to help protect some of the most iconic species on our planet.

And I can assure you that helping wild animals to continue to share this planet with us is another thing I never tire of reading about. 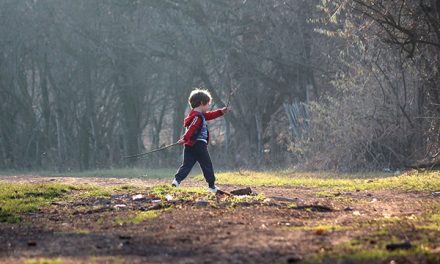 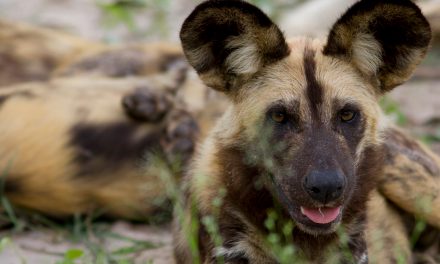 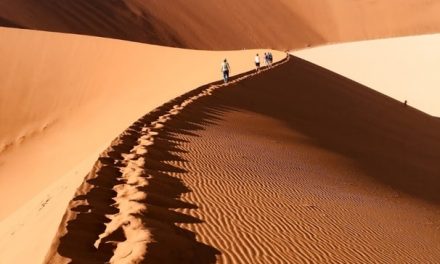 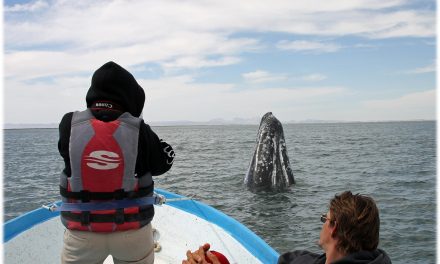