All mammal babies have a lot in common: counting and dreaming of complex worlds are just two ways in which we are connected. ©Brad Josephs

Anyone who has ever lived with dogs knows that they can count. Try to short your best friend on daily treats, and you’ll quickly find out that he or she is keeping track.

We now know that a wide variety of other animals can count, too. Scientists say that while they can’t pick out precise numbers, animals can comprehend that more is more. From bees to birds and frogs to wolves, animals use numbers to find mates, to return to their homes and to hunt. Researchers also believe that this ability to process and represent numbers, known as numerical competence, plays an important role in their chances for survival.

What’s even more wonderful to learn—and, perhaps, more poetic—is that animals dream about the world they are about to enter before they are even born.

Research shows that honeybees can count up to four objects. When on a search for food, they remember the number of landmarks they pass so that they can find their way back to the hive.

In a review published March 30, 2020, in the journal Trends in Ecology and Evolution, Andreas Nieder, a neurobiologist at the University of Tubingen, Germany, explored the current literature on how different animal species comprehend numbers and how what they understand about them impacts their survival.

He found that numerical competence is present on almost every branch of the animal tree of life; but, interestingly, different groups of animals developed this trait independently from other lineages. This strongly indicates that counting and having the capability to discriminate numbers has adaptive value: strong reproduction and survival benefits.

For instance, honeybees can remember the number of landmarks they pass when searching for food in order to find their way back to the hive. Yet the last common ancestor between honeybees and primates, such as us, lived about 600 million years ago. Still, the bees evolved numerical competence that, in many respects, is comparable to that of vertebrae.

Wolves work together to take down prey much larger than themselves. Their hunts tend to be successful if they have the right number: with elk, only six to eight wolves are needed, while bison require nine to 13.

Numerical competence can also be seen in animals choosing a larger amount of food over a smaller amount or in animals forming hunting alliances. Wolves are more likely to hunt successfully if they have the right number of pack members for the size of their prey: with elk and moose, only around six to eight wolves are needed, while hunting bison requires a pack of nine to 13. Their prey also uses this concept to protect themselves from predators. Elk tend to either live in small herds that rarely have encounters with wolves, or they gather in large herds near wolf packs to reduce the chance of any individual becoming prey. Obviously, says researcher Nieder, they are assessing the number of individuals in their groups for their everyday life situations.

Furthermore, it has been shown that numerical competence plays a role in attracting mates. For example, male frogs sing “advertisement” calls to attract females. The females, listening for complexity, tend to choose males with the most “chucks” (grunts) in their songs. Then, some species, such as the cowbird and the mealworm beetle, use numerical competence to increase the likelihood of having offspring.

Researchers do have some sense of the rules that govern numerical competence in animals, including that they count approximately rather than specifically, and that two numbers need to be more different for them to tell them apart as those numbers get bigger. However, more research needs to be done to fully understand the fitness payoffs and selective pressures of numerical competence.

What’s really astounding to me—and not quite as intuitive as that animals can count—is that when a newborn mammal opens its eyes for the first time, it can already make visual sense of the mysterious world and strange shapes around it. But how does this happen before they have experienced sight?

A brand-new study, published in the July 23, 2021, journal Science, suggests that, in a sense, mammals dream about the world they are about to experience before they are even born. In a project that involved mice, researchers described waves of activity that emanate from the neonatal retinas in the animals before their eyes ever open.

According to the study’s lead author, Michael Crair, who is also vice-provost for research at Yale University in Connecticut, at eye-opening, mammals are capable of sophisticated behavior. But how do the circuits form that allow us to navigate the world and perceive motion? It turns out that we are born capable of many of these behaviors, at least in rudimentary form. This activity disappears soon after birth and is replaced by a more mature network of neural transmissions of visual stimuli to the brain, where information is further encoded and stored.

Male frogs sing long “songs” to attract females. Drawn to complexity, the females tend to choose mates whose tunes have the largest number of chucks (or grunts).

In the Yale study, scientists explored the origins of these neonatal waves of activity. Imaging the brains of mice soon after birth but before their eyes opened, the team found that these retinal waves flow in a pattern that mimics the activity that would occur if the animals were moving forward through the environment.

This early, dream-like activity makes evolutionary sense because it allows a mouse to anticipate what it will experience after opening its eyes and to be prepared to respond immediately to environmental threats, note the researchers.

The Yale team also investigated the cells and circuits responsible for propagating the retinal waves that mimic forward motion in neonatal mice. They found that blocking the function of starburst amacrine cells—cells in the retina that release neurotransmitters—prevents the waves from flowing in the direction that mimics forward motion. This in turn impairs the development of a mouse’s ability to respond to visual motion after birth.

When newborn mammals open their eyes for the first time, they can already make visual sense of their mysterious, new world. But how does this happen before they have experienced real sight?

Intriguingly, in the retinas of adult mice, these same cells play a crucial role in a more advanced motion-detection circuit that allows them to respond to environmental cues.

Mice, of course, differ from humans in their ability to quickly navigate their environment soon after birth. However, human babies are also able to immediately detect objects and identify motion, such as a finger moving across their fields of vision, suggesting that their visual systems are also primed before birth.

The researchers conclude that these brain circuits are self-organized at birth and some of the early teaching is already done. They compare it to dreaming about what you are going to see before you ever experience it.

You dream about what you’re going to see before you ever open your eyes. Human babies can immediately detect objects and identify motion, showing that our visual systems are primed before birth.

The fact that nonhuman mammals can count and that all mammals can dream of elaborate worlds before they even encounter them or open their eyes for the first time is fascinating and fantastical to me all at the same time.

And it should make us all wonder about the lines that we think separate us from the other creatures on Earth. They may be the most made-up and fanciful of all. 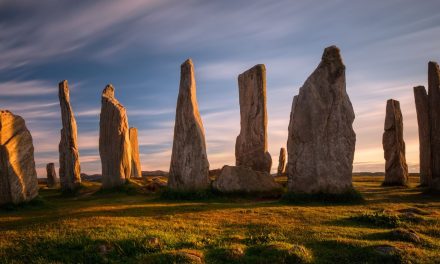 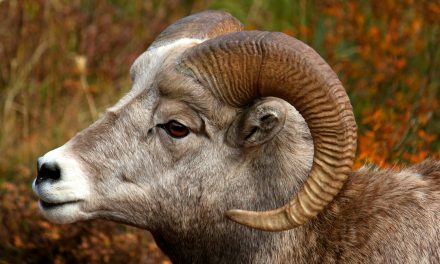 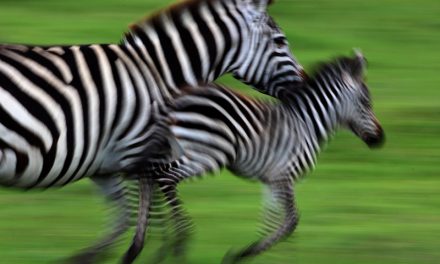 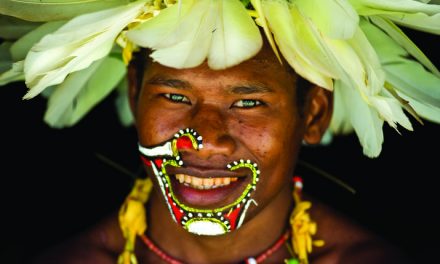