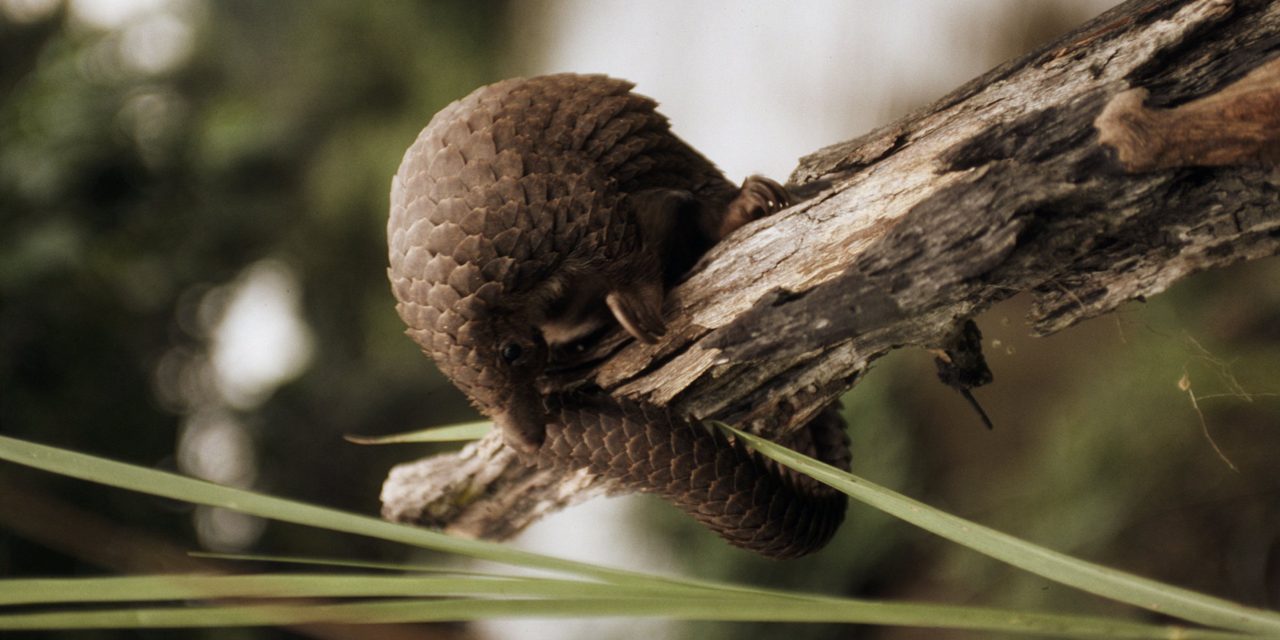 Many safari-goers travel to Africa with the hopes of seeing the “Big Five” and other iconic animals like the stunning giraffe and imposing hippo. But what about the less flashy animals that some travelers overlook? Sure, some might say they’re a bit strange in appearance, but as I learned during recent travels through Africa, their incredible adaptations have helped them not just survive, but thrive.

Here are my picks for six unusual-looking creatures that may not get the attention that their more iconic brethren receive, but they should.

It’s hard not to smile when you see warthogs prancing across the plains, which are found in most countries south of sub-Saharan Africa. Related to the domestic pig, the warthog has a large head, four tusks and a long mane down its back. The animal’s distinctive name comes from the thick bumps that protrude on either side of its head. When the males, known as boars, fight each other during mating season, the warts help protect their skin.

A herbivore, the warthog grazes on short grass and uses its snout to dig for roots and bulbs. During Africa’s dry season, it can survive several months without water. An abandoned aardvark hole is often used to sleep, protect from extreme heat or cold and rear young. If being attacked by a predator—namely lions and leopards—a warthog will often back into the hole and use its tusks to defend itself.

Warthogs can run more than 30 miles per hour. If you do spot one running in the wild, notice its bushy-tipped tail sticking straight up in the air. 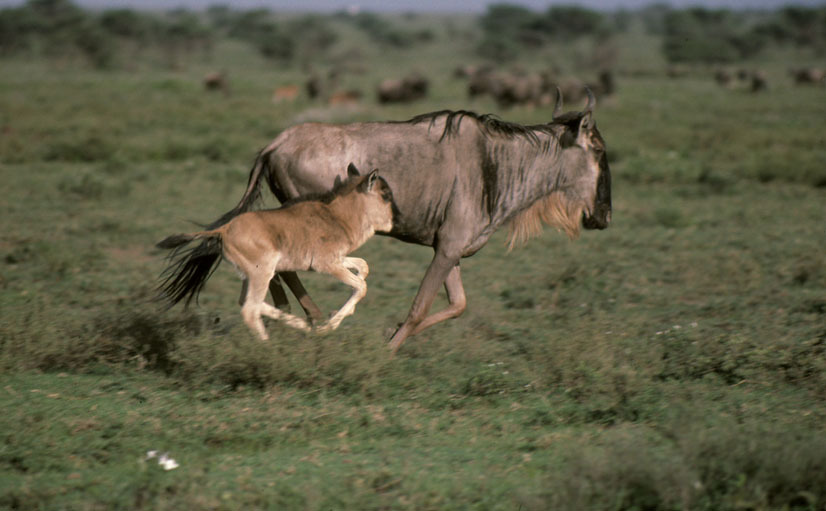 The wildebeest, or gnu, is a member of the antelope family. It is found in Kenya, Tanzania and southern Africa. Both sexes have curved horns, a long head, a beard and a mane. Wildebeest bulls are loud, and when on safari, you’ll likely hear them snort and moan.

Most wildebeest need to migrate in search of grass and water, and often graze with zebra for added protection against predators—lions, cheetahs, wild dogs and hyenas. The famous Great Migration occurs annually when hundreds of thousands of wildebeest and zebra traverse more than 1,000 miles across Kenya’s Maasai Mara and Tanzania’s Serengeti.

Most females give birth at the beginning of the rainy season, within two to three weeks of each other. This enables more calves to survive, as predators can only hunt so many. Within minutes of being born, calves can stand and within a week they can keep step with the herd. 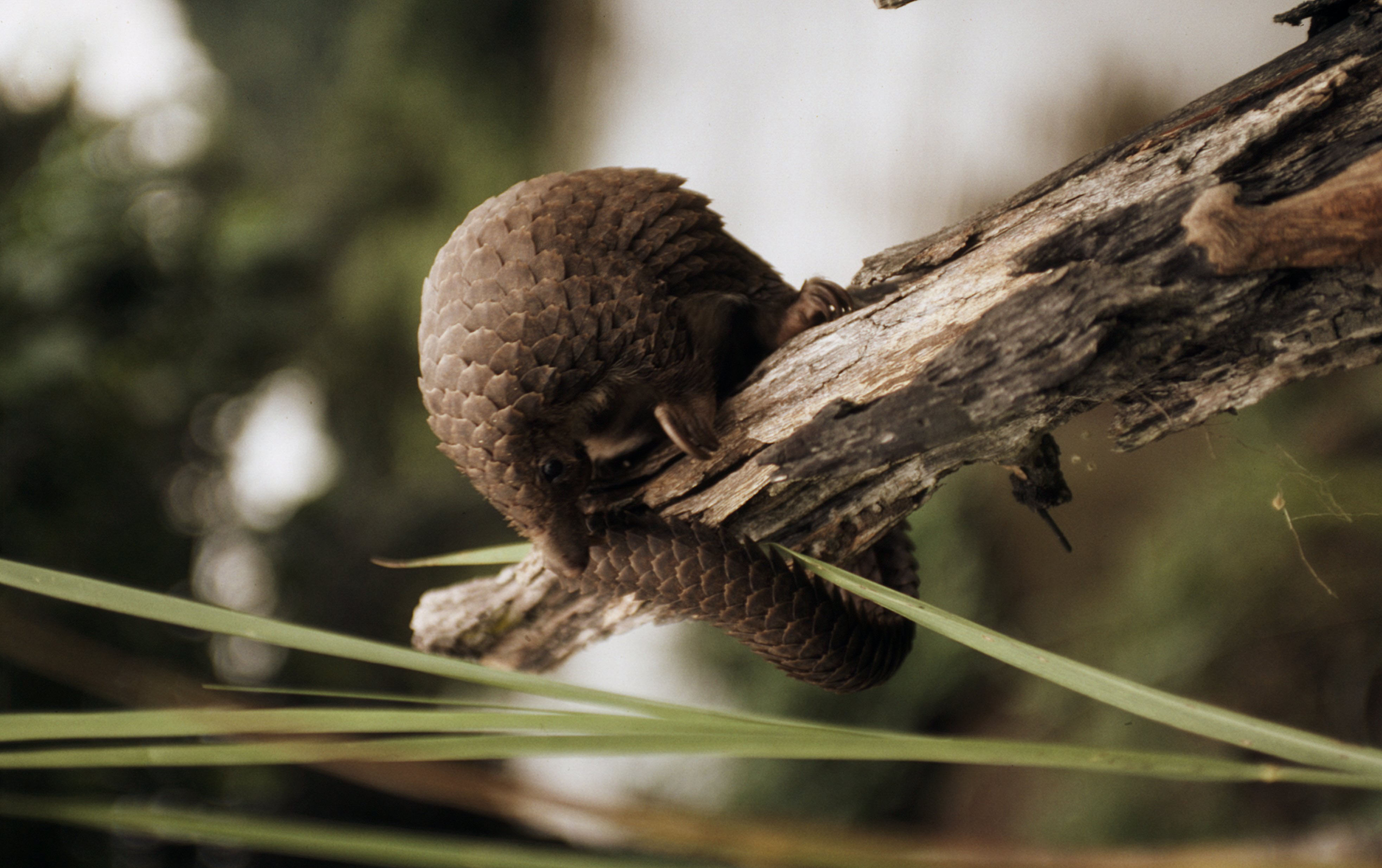 Nocturnal, secretive and decreasing in numbers, the pangolin is difficult to spot in the wild. The mammal is covered in overlapping keratin scales; when a big cat or hyena attacks, the pangolin rolls into an impenetrable ball to protect its vulnerable underside.

Often referred to as a “scaly anteater,” the pangolin has no teeth but uses its large, front claws; small, conical head; and long, sticky tongue to eat ants and termites from inside their nests. Pangolins have poor vision but use a strong sense of smell to find insects. While eating, they swallow sand and small stones that help grind up food in its stomach.

The pangolin typically walks on its hind legs, using its tail for balance. Found in 15 countries throughout Eastern, Central and Southern Africa, the pangolin is hunted for meat and for use in traditional medicine. 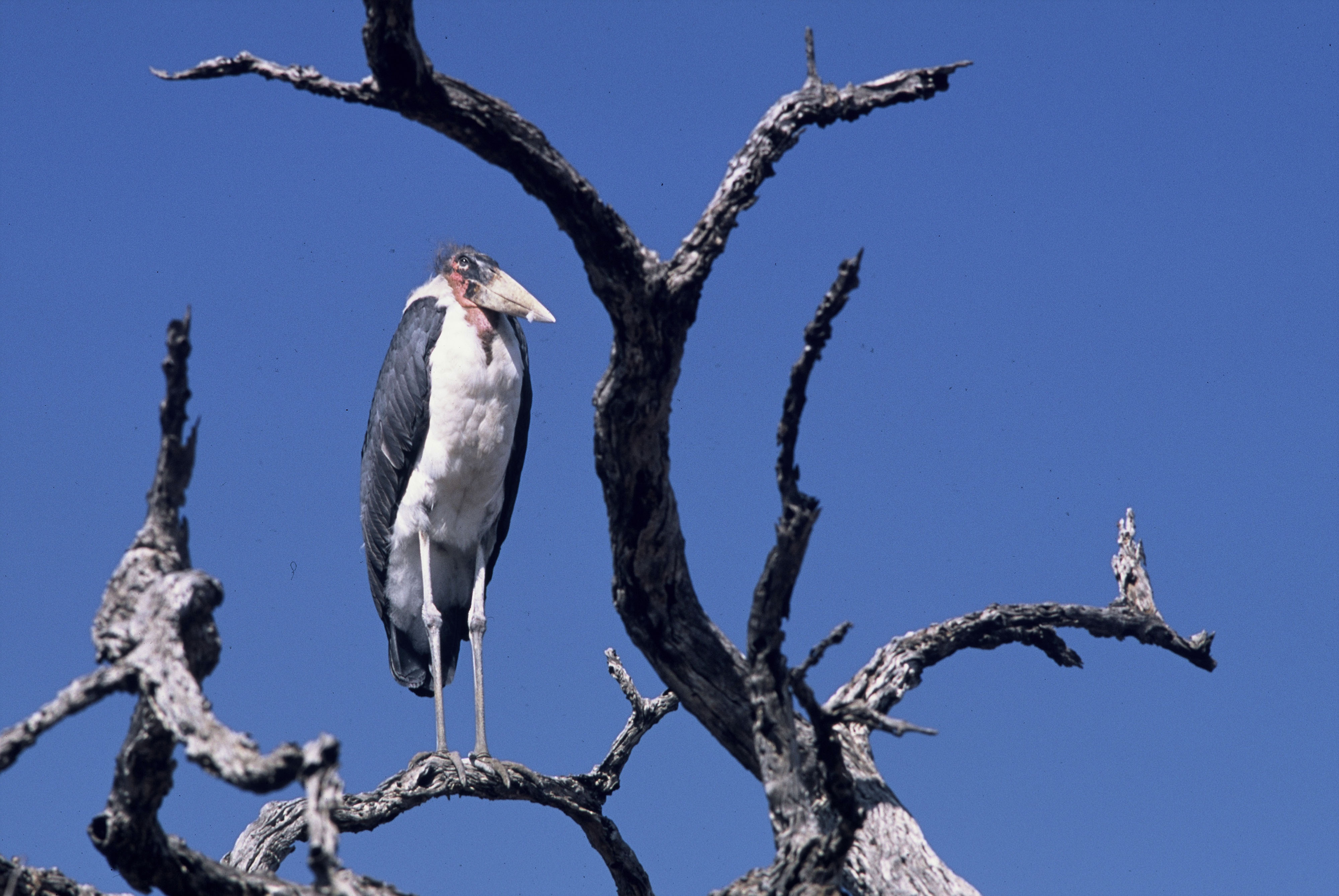 With its large beak, impressive wingspan, pink neck pouch and bald head, the prehistoric-looking marabou stork is easy to identify. It is found south of the Sahara, from Senegal to Eritrea down to the north of South Africa. The stork is sometimes referred to as the “undertaker bird” because, from behind, its wings look like a black cloak. Largely scavengers, marabou storks can often be found alongside vultures, feeding on carcasses. They also congregate at human garbage sites where they feed on scraps. It’s possible to see them in groups of several thousand.

When in flight, the marabou stork looks quite graceful, with its head drawn back and hollow-boned legs stretched behind it. The legs are dark in color, but because the bird defecates on them, often appear white. 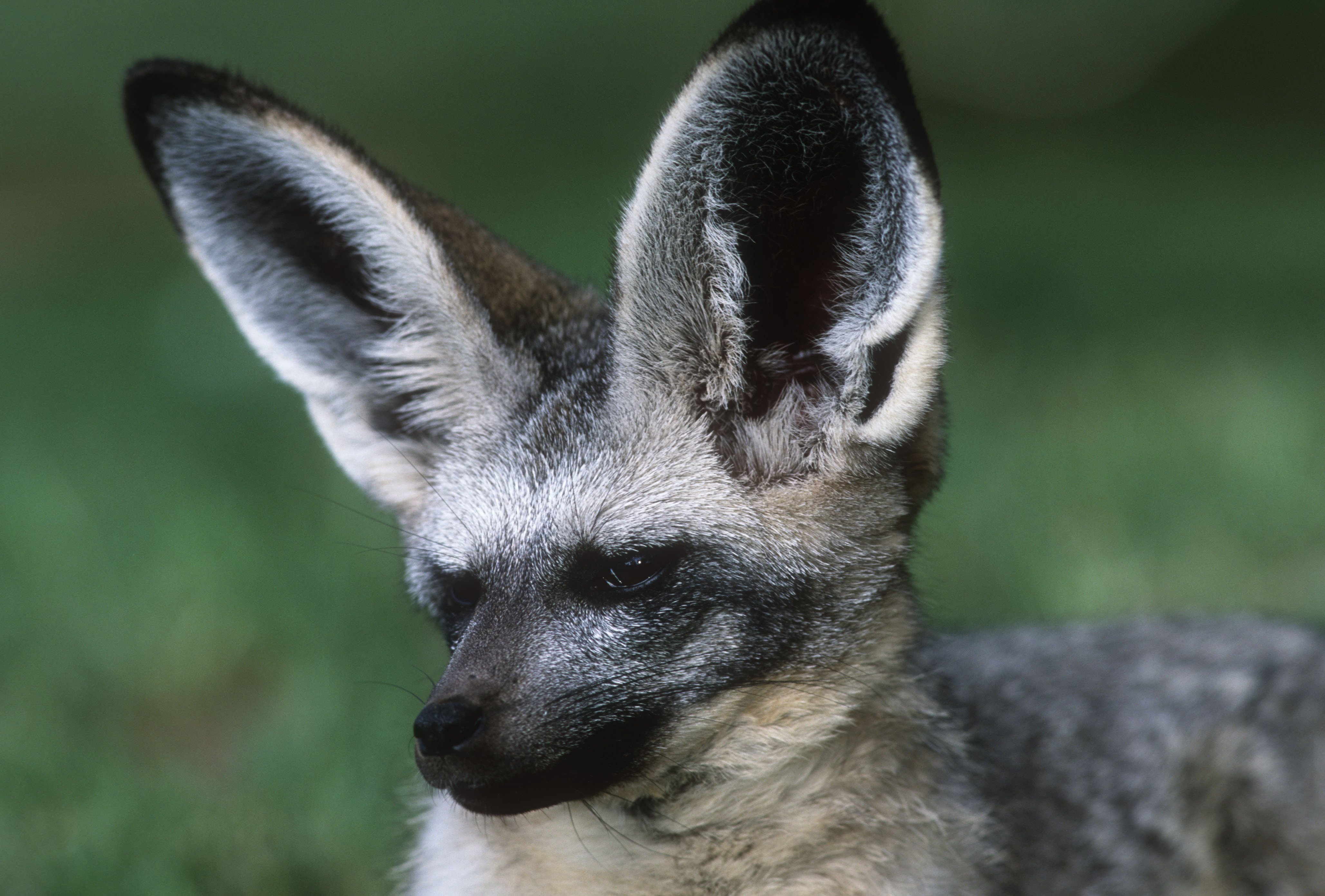 Found in Eastern and Southern Africa, the nocturnal bat-eared fox is a small member of the dog family. It eats primarily termites, ensuring a plentiful and dependable food supply. The species’ huge ears allow it to hear prey underground, listen for signs of potential danger and communicate with one another. Sharp, pointy teeth help the animal rapidly chew its food.

The bat-eared fox evades predators by running quickly in a zig-zag pattern or darting into its den, which often has multiple entrances. Bat-eared foxes are usually monogamous. The male stays in the den to protect and care for the cubs while the female looks for food to ensure that she’s able to produce enough milk. 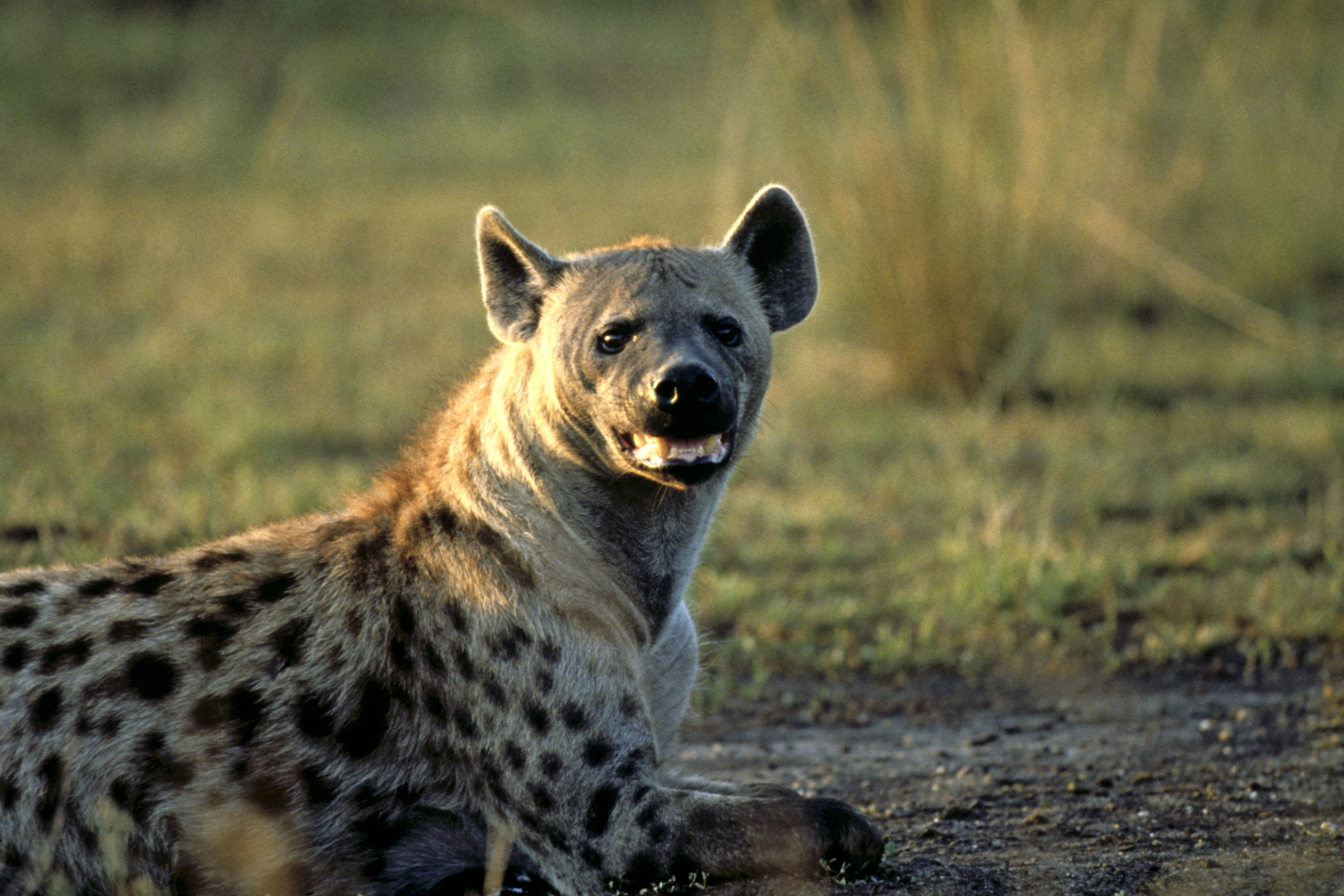 With its indiscriminate eating habits, cackling “laugh” and conflict with humans, the hyena has developed a dubious reputation. The intelligent carnivore is an impressive hunter with complex social dynamics.

The spotted hyena, recognizable by its dark spots and sloping, long neck, is found in many African nations, including Kenya, Tanzania, Botswana and Namibia. Within the hierarchy of the social group, called a clan, the females outrank the males, with the matriarch dominating. Females are larger and more aggressive than the males, and they are solely responsible for cub rearing.

Hyenas generally hunt in groups, allowing them to take down much larger animals like wildebeest. Strong jaws enable them to eat almost every part of a carcass, and strong stomach acids aid in digestion. Hyenas will also scavenge, eating what remains of another predator’s kill.

Often considered a pest, hyenas’ numbers are decreasing; farmers are known to kill them to protect livestock.

Travel to see unusual wildlife on safari with WWF and NatHab. 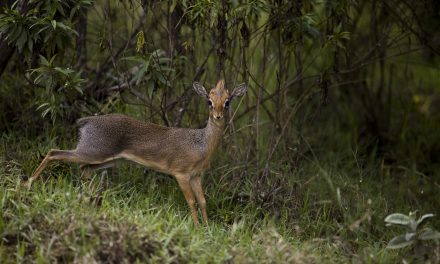 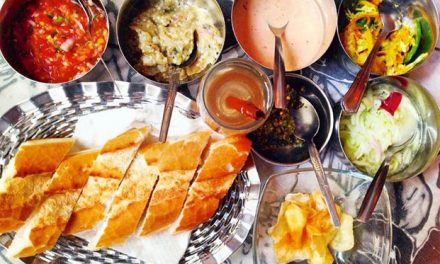 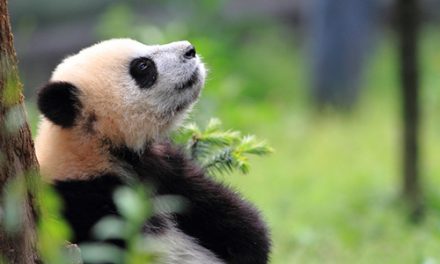