Since 1970, the Environmental Protection Agency has worked to keep our air and water clean and safe. What will happen if it is demolished?

As a kid, I looked forward to my weekend road trips with my big sister, who was old enough to have her driver’s license. We usually traveled along Interstate 90, up to northern Wisconsin. Feeling very grown-up because I got to ride in the front seat with her, I’d roll down the side window and watch as farms and trees blurred by. I remember seeing the pop cans (or “soda cans” for those of you not from the Midwest!), food wrappers and bags littering the roadside.

I remember, too, weather reports about acid rain coming in on my transistor radio. As a high schooler, I recall the commercial about our polluted rivers starring Iron Eyes Cody. And after completing college and moving to Los Angeles, I recollect hearing the daily smog reports on the news.

That all changed after President Nixon created the Environmental Protection Agency (EPA) in 1970 to protect our air, health and water.

Now, however, the current administration and some in Congress wish to drastically restrict—or abolish—the EPA. Last month, Congressman Matt Gaetz of Florida introduced a bill calling for the agency’s abolition on December 31, 2018, stating “The American people are drowning in rules and regulations … and the Environmental Protection Agency has become an extraordinary offender.”

So, just as I observed the world from that car window years ago, let’s go back and take a look at what our nation was like before the EPA.

In this 1972 Documerica photo, children play in a Ruston, Washington, backyard while a smelter stack showers arsenic and lead residue. ©Gene Daniels

Soon after the EPA was created, a project called “Documerica” was initiated. Its purpose was to photograph the United States as it then was, before the agency’s new regulations had a chance to kick in. More than 100 freelance photographers were employed to complete the project.

Between 1972 and 1978, more than 20,000 images were submitted, depicting an “American landscape ravaged by decades of unchecked land development, blighted by urban decay in the big cities and plagued by seemingly unstoppable air, noise and water pollution,” wrote C. Jerry Simmons, a historian at the National Archives in Washington, D.C., in 2009.

Before the EPA, communities dumped raw sewage—feces and urine—directly into the Hudson River in New York. Contemporary reports stated that locals could tell what color cars General Motors was making from the solvents that swirled in the Hudson’s waters.

Part of the Documerica Project, this image taken in 1973 shows trash and old tires littering the shore on the Middle Branch of Baltimore Harbor. ©Jim Pickerell

In the 1960s and 1970s, acid rain ravaged the forests of New England. The product of sulfur dioxide and nitrogen oxides that mix with water in the atmosphere before falling to the ground as rain or snow, acid rain kills trees. The downfalls were carried on prevailing winds coming from Midwestern coal plants. To save the Northeast, the Midwest would have had to produce less air pollution. But very few Midwestern states would voluntarily spend money on expensive scrubbers that reduced emissions just to help another, faraway state. It was clear we needed federal laws to reduce interstate pollution and set minimum requirements.

Today, we’re not that far past 1972. Without federal laws, it’s possible that we’ll go back to the days when big cities lived under smog domes (as Beijing, China, and New Delhi, India, do today), when we poured pollution into our drinking water and when developers built neighborhoods atop toxic waste. And every year, the chemical industry develops 2,000 new compounds. Without the EPA around to keep such things in check—or if some of the agency’s existing regulations disappear—how will we ensure that our air and water are clean and our health is protected?

Because of the EPA, the U.S. boasts some of the healthiest air in the world. In contrast, Cairo, Egypt, suffers from some of the worst air pollution on Earth.

Below, you’ll find just some of the acts and actions made possible by the EPA:

1. Clean Air Act of 1970. Because of the Clean Air Act, we have some of the healthiest air in the world. From 1970 to 2015, aggregate national emissions of six common pollutants—including carbon monoxide, lead, nitrogen dioxide, ozone, particles and sulfur dioxide—dropped an average of 70 percent while gross domestic product grew by 246 percent. This has meant longer lives and fewer cases of asthma attacks and respiratory diseases. According to a 2011 EPA study, since the enactment of the Clean Air Act amendments of 1990 alone, pollution reductions avoided 160,000 premature deaths, 130,000 heart attacks and millions of cases of respiratory problems.

2. Clean Water Act of 1972. The Clean Water Act ensures—by imposing consequences—that people and industries don’t contaminate American waters with substances that are harmful to the health of humans or wildlife. If a company does have polluted wastewater to get rid of, it can apply for a permit through the EPA’s National Pollutant Discharge Elimination System.

3. Safe Drinking Water Act of 1974. This act was established to protect the quality of drinking water in the U.S. The law focuses on all waters actually or potentially designated for drinking use, whether from aboveground or underground sources.

The Safe Drinking Water Act also provides for the monitoring of improper disposal of animal waste, chemicals and pesticides—as well as any wastes injected underground—and naturally occurring substances that may be harmful, including Legionella pneumophila, the bacteria that causes Legionnaire’s disease.

4. Superfund Redevelopment Initiative. Congress passed the Resource Conservation and Recovery Act in 1976, giving the EPA the authority to establish controls over hazardous waste in an effort to stop “midnight dumping.”

However, two more acts—the Toxic Substances Control Act in 1976 and the Comprehensive Environmental Response, Compensation and Liability Act in 1980—were required before the EPA had the authority to manage cleanup at Superfund locations, the nation’s most hazardous waste sites.

Several toxic disasters were responsible for the passing of these acts: in 1977, a series of reactions ignited a chemical-waste treatment facility in Bridgeport, New Jersey, killing six and hospitalizing 35; in 1978, President Jimmy Carter declared a state of emergency at Love Canal, New York, after people reported birth defects, miscarriages and skin rashes; and in 1980, toxic waste burst into flames at a waste storage facility in Elizabeth, New Jersey.

6. The National Environmental Education Act of 1990. By this act, Congress directs the EPA to support environmental education programs for students and teachers and to encourage students to pursue careers related to the environment.

7. Energy Star Program. In 1992, the EPA began Energy Star as a voluntary labeling program to help consumers find the most energy-efficient appliances and equipment for their homes and businesses in order to save money and decrease greenhouse gases. In 2009, Americans used Energy Star to save nearly $17 billion on utility bills and avoid greenhouse gas emissions equivalent to those from 30 million cars. In 2012, Energy Star helped save consumers $24 billion. Since its creation, Energy Star has been adopted by Australia, Canada, Japan, New Zealand, Taiwan and the European Union.

9. Federal Insecticide, Fungicide and Rodenticide Act of 1996. This act allows the agency to evaluate new pesticides before they enter the market and re-evaluate existing pesticides regularly to make sure they are still safe for animals and people.

10. Hudson River Cleanup. In 2002, the EPA committed to cleaning up PCB contamination in the Hudson River by removing approximately 2.65 million cubic yards of contaminated sediment from a 40-mile stretch of the river. The dredging began in 2009 and was completed in 2015.

In 2015, the EPA finished cleaning up PCB contamination from a 40-mile stretch of the Hudson River.

At the end of his 2009 piece about Documerica, C. Jerry Simmons writes, “[The] thousands of images [taken] of pollution, strip mining, crowded cities and land abuse could well be photographs taken in recent times. Though a great deal has been done over the past 30 years to correct problems depicted in the photographs, there is a common consensus that there is so much left to accomplish in the race to save America’s natural resources. The color images from the 1970s show us that Americans must keep lenses sharply focused until environmental solutions are realized.”

Perhaps we are “drowning in rules and regulations,” as Congressman Matt Gaetz says. But I prefer that to suffocating in unbreathable air and suffering from undrinkable water.

P.S. For a look at that classic, early 1970s, Iron Eyes Cody commercial—which you might also remember seeing as a kid—watch the video, below. 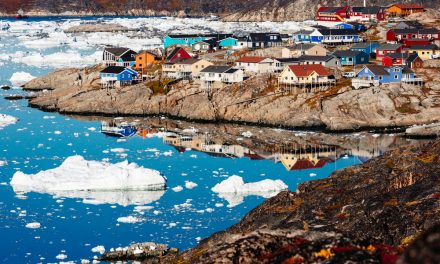 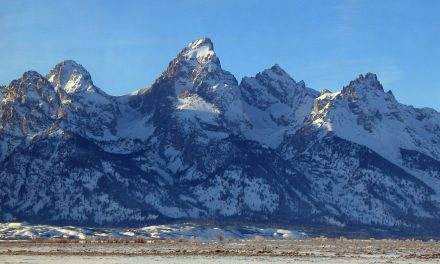 I Wish I Were Kevin Taylor | Ben's Musings 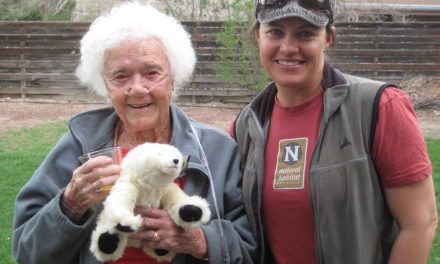