Tales of the Tundra: The Hidden Beauty of the Canadian North 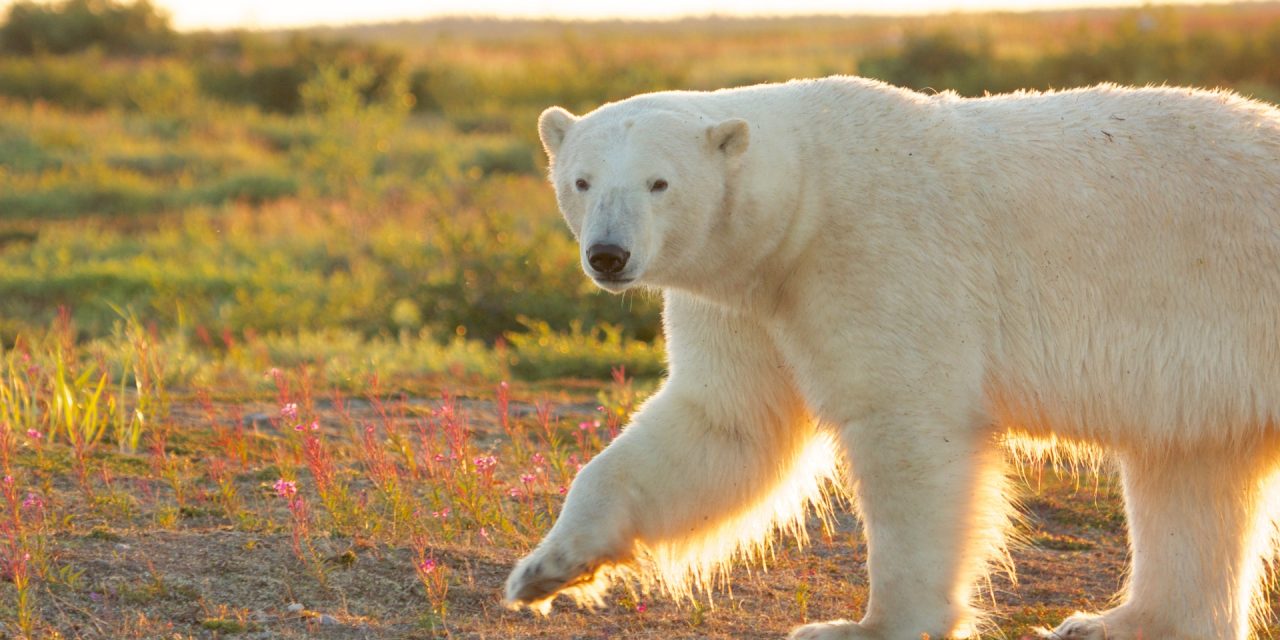 Meeting a curious cetacean at eye level is a soul-stirring experience for wildlife enthusiasts. Imagine setting off by kayak and getting up close and personal with a beguiling beluga (and 3,000 of its closest friends) at the mouth of the Churchill River—no aquarium glass to separate you. Now, turn and gaze off toward the shoreline and spot polar bears, their creamy coats distinguishable against the rocky shoreline and dark boreal forest of the tundra. Magical? Absolutely. Within reach? You bet.

Summertime on Hudson Bay is a glorious time to visit. The Canadian subarctic comes alive in a burst of energy. The tundra morphs from browns to greens, wildflowers bloom and animals come forth. And, of course, those famous polar bears huddle, cuddle and play here. But there’s so much more to the Canadian north than those cuddly guys. Here’s what you can expect on an eye-opening summertime nature adventure to this important northern ecosystem where you’ll meet the amiable white beluga whales Hudson Bay is famous for this time of year.

Why Is Churchill Such a Great Nature Destination?

Naturalists and animal researchers are drawn to Churchill for its unique geographical position at the confluence of three major world biomes: the boreal forest, northern tundra and Hudson Bay’s marine ecosystem. Both the Churchill and Seal rivers operate as wildlife corridors and a source of freshwater for the region. The diverse habitats have given rise to an unusual and prolific animal population. From thousands of belugas to stalking polar bears, from snowy owls to bald eagles, from red fox to moose, the summer is showtime for wildlife in the far north.

What Wildlife Will I See in Churchill in the Summer?

The Arctic tundra reveals its flurry of summertime activity through herds of caribou numbering in the hundreds, elusive Arctic fox and camouflaging ptarmigan. About 40 mammal species live in and around Churchill (half are marine mammals) and approximately 200 bird species breed here during their annual migration. You’re likely to see these star summer players:

Each summer, more than 3,000 smiley belugas congregate at the mouth of the Churchill River for a massive feast. Our Nat Hab wildlife trips take you out onto the water by kayak or Zodiac, getting you within arm’s reach of the marine mammals for intimate wildlife experiences. We listen to their otherworldly songs via hydrophone (they’re not called “sea canaries” for nothing), marvel at their inquisitive nature (often nudging close to your paddle or following in your human-powered wake) and watch in wonder as they turn their heads from side to side and even swim backward.

July and August are prime beluga-viewing months when the whales migrate from spring breeding grounds to the Churchill River to eat and give birth to their young. Fun fact: They’re also here for a spa treatment! The stone river bottom acts as pumice to clean their skin and slough off old layers of skin. 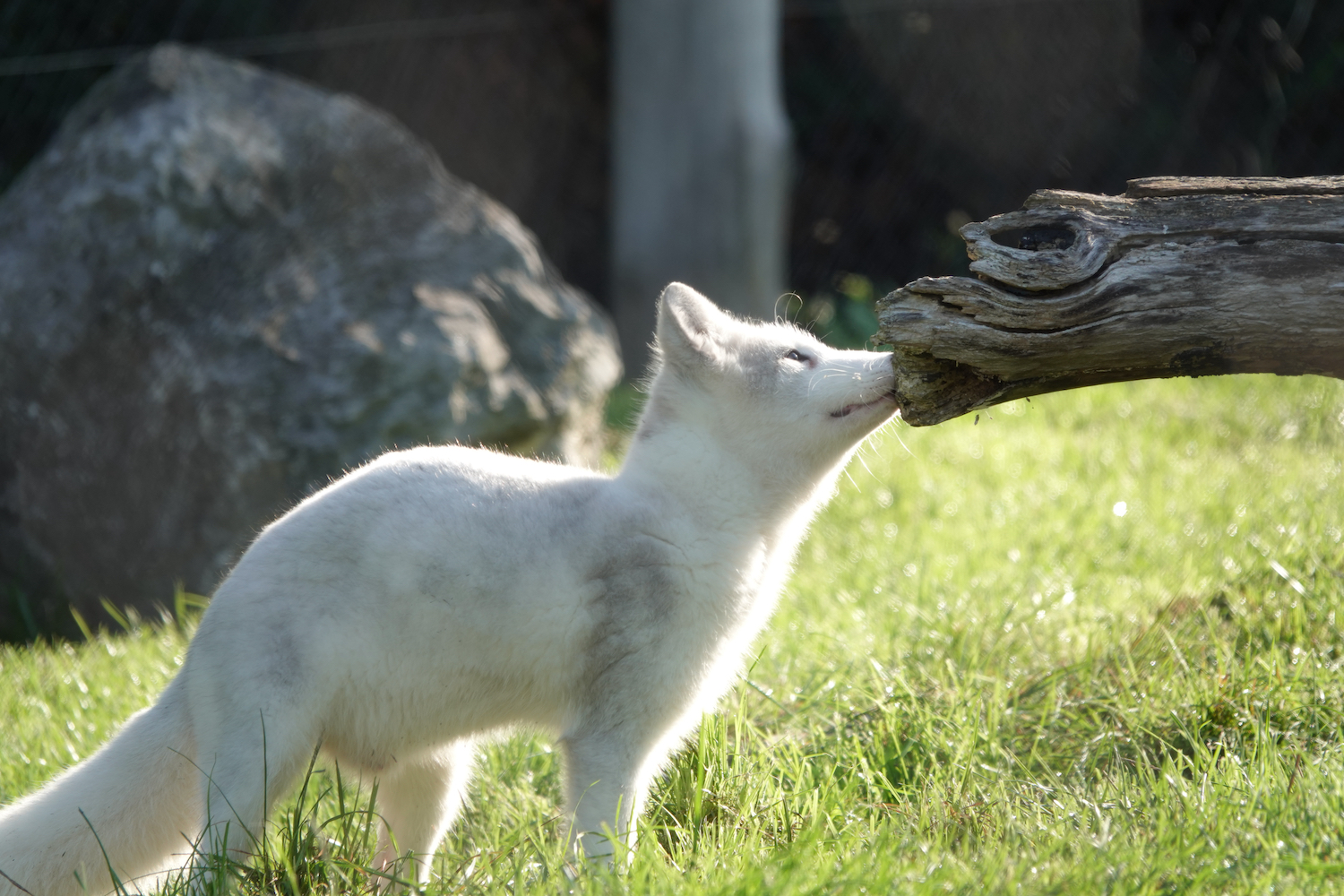 This cutie has adapted to a harsh environment where most species cannot survive. About the size of your average housecat, they’re one of the smallest mammals to spend the long Arctic winter above the snow’s surface.

The Arctic fox is dimorphic, meaning it will change coats from summer to winter. Throughout the snowy months, the fox wears its white coat to blend in with the environment, then in early July, it starts to molt and expose its fawn-colored, brown fur, which will last for about eight weeks.

A summer visit means you’ll likely have the chance to see Arctic fox pups, known as kits, when they’re born. The size of the litter depends on the abundance of food, especially lemmings. With long days of sunlight on their side, the foxes leave their birthing dens by the end of August and search for prey as long as the sun is shining. They’re primarily looking for lemmings but also other small mammals, carrion, insects and berries, which they’ll store under stones in their den.

Resembling a chicken in its stoutness, the willow ptarmigan is the biggest of the three species of this bird. Look for the red comb over its eyes and the square tail that remains black year-round, distinguishing it from other ptarmigans. They have thick feathers covering their legs, and, in winter, rigid feathers grow over their toes to act like snowshoes.

The ptarmigans you’ll see on a summer Nat Hab trip to Churchill will have turned from winter white to summer gray and brown to better blend in with the ground. Later in the fall, they’ll turn to speckled brown, white and gray before returning to a dazzling white before the snow flies. Watch as they move about in areas where they can disguise themselves. They’ll shrewdly navigate around snow patches, crossing dark ground only so that they blend in. 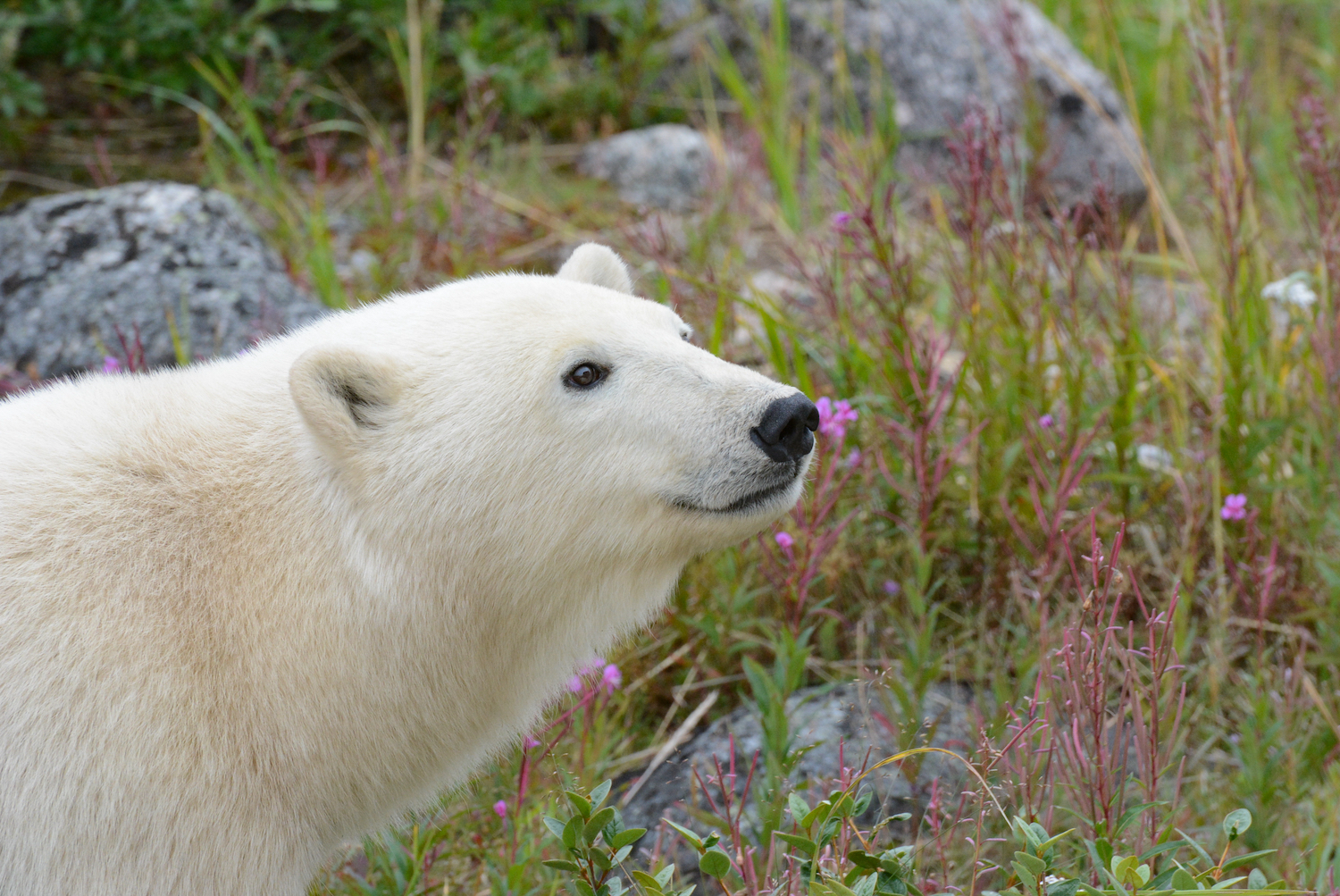 What Is the Arctic Tundra Like in the Summer?

The tundra is vibrant with life in summer, and not just with wildlife. Walk with Expedition Leaders and naturalists through the various ecosystems that are home to a variety of tundra plants, including some of the world’s best wildflower displays in June and early July.

Churchill is located in a transitional zone, defined by a layer of permafrost (permanently frozen ground), sparse tree coverage and mats of vegetation, from moss to lichen. (Sidebar: Why do fungus and moss get along in the tundra? They’ve taken a lichen to each other.) Freezing temperatures, long, dark nightsus, and extreme winds work against plant life, stifling growth and creating the most unforgiving of landscapes.

And yet, summer blooms in the subarctic. Bog rosemary livens up the view, tenaciously surviving despite harsh, nutrient-poor conditions. Labrador tea is prevalent, particularly in the heat of the summer, making itself known with its alluring and heady scent. Moss soaks up moisture and carpets the ground. Lie down and stay quiet, and you’ll be able to hear the moss capsules popping and releasing their spores— the ground literally springing to life.

Carnivorous plants do well in the northern tundra—there are 18 species in Canada, most of which live around Hudson Bay. Pitcher plants, sundews, butterworts and bladderworts capture their prey via a battery of insect-trapping methods, including a sticky, gooey mucilage that is so effective it’s being studied as a possible commercial adhesive.

Even with this truncated growing season, the tundra reveals its inner beauty. Look for purple saxifrage, Franklin’s lady’s slipper orchid, fireweed and crowberry. Perhaps the most resilient of all is the abundant lichen—one of Churchill’s most prevalent lichen species actually survived the extremely cold and oxygen-deficient atmosphere while attached to the exterior of the orbiting International Space Station!

The Canadian north comes alive in the summer, and we’d love to share it with you. At Nat Hab, the travel partner of World Wildlife Fund, we offer expeditions led by destination experts and brilliant naturalists who are smitten with the tundra and all its wonders. They look forward to exploring it with you. In the words of one of our experienced Nat Hab Expedition Leaders in Churchill, “You only care about and protect what you know.” Life-changing moments with the belugas, bears and other summer wildlife of the Canadian North help you know. 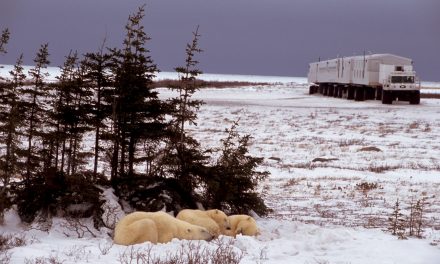 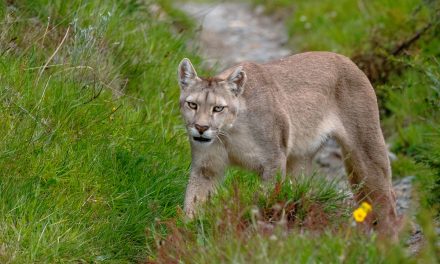 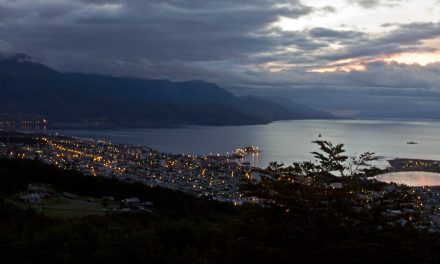 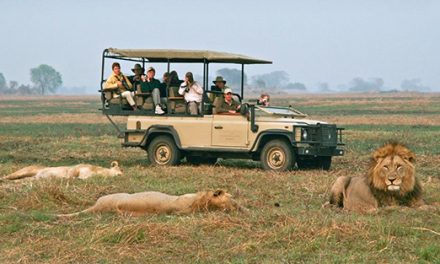