A close encounter with gray whales in their natural habitat is one of the world’s great wildlife adventures. And there’s no more exhilarating place for it than Mexico’s Baja Peninsula. ©Ryan Harvey, flickr

The longest recorded migration by a mammal was made by a gray whale. In 2015, a female made a journey of nearly 14,000 miles from Russia to Mexico and back. (Zebras hold the longest linear—endpoint to endpoint—land mammal migration at 300 miles round trip.)

Usually, though, gray whales travel 10,000 to 13,000 miles annually as they make their way from cold Arctic seas to warmwater Mexican lagoons and back again. Their journeys begin in October as the Arctic ice begins to freeze southward, closing down their rich, northern feeding grounds. Following the coast, the whales average only three to five miles per hour; but by pushing onward day and night, they travel about 75 miles per 24-hour period and complete the 5,000-mile trip in 66 days.

On reaching Mexico’s Baja California, the gray whales find nourishing waters waiting for them. Here, cool ocean currents push oxygen and nutrients up toward the surface, where they blend with the warm sunlight and bloom in a wealth of food for marine animals. Small plankton, in particular, are abundant during the winter months.

While the Baja Peninsula is known for its beautiful beaches and desert environment, there are soaring mountains, waterfalls and abundant wildlife to discover on land and in the sea. ©Candice Gaukel Andrews

The animals also appreciate the shelter Baja waters provide. Gray whales are able to mate, give birth and nurse without fear of predators primarily in only three locations, all of which can be found off the Baja Peninsula: Laguna Ojo de Liebre (or Scammon’s Lagoon), Magdalena Bay and San Ignacio Lagoon.

In early March of 2020, I visited the gray whale moms and their calves in their toasty lagoons. It was the last trip I would take before life as we knew it would vanish forever.

In the years before 1800, few people stayed up into the night because there were so few sources of light. Candles, an open fire or a rush dipped in oil were about the only options.

The Baja landscape is rich with unique flora—there are 120 different species of cactus, alone—due to the peninsula’s varied geology, topography and weather. ©Candice Gaukel Andrews

Then, in the early 19th century, whale-oil lamps became popular; and the whaling industry took off. Hundreds of ships set out from ports, mostly in New England, roaming the globe in search of whales. Whale oil was used to light American and European homes and streets, the headlights of locomotives and lighthouse beacons. A whaler could collect up to 2,000, 30-gallon barrels of oil on a single voyage. In 1844, whale oil sold for about 80 cents a gallon, so one sailing trip could be worth almost $50,000. In 2021 dollars, that would be almost $1.8 million.

In 1859, Charles Melville Scammon, commander of a whaling vessel, became the first to penetrate San Ignacio Lagoon, somehow finding a route over the treacherous sandbars protecting its long, narrow mouth. Previously, in 1857, Scammon’s name had been attached to another gray whale breeding area about 80 miles north, then nicknamed “Scammon’s Lagoon” and now known as Laguna Ojo de Liebre (“Eye of the Jackrabbit Lagoon”).

When Scammon returned to San Francisco with a ship full of whale oil after being out only a short time, people were astonished. Although Scammon tried to keep his new lagoon a secret, other whalers followed him. Within a few seasons, San Ignacio Lagoon had been swept clean of gray whales.

Brown pelicans inhabit the entire coastline of Baja California and the Sea of Cortez. They are often seen flying with their wing tips just touching the cresting waves. ©Ryan Harvey, flickr

Prior to the arrival of the whalers, there were an estimated 18,000 to 22,000 gray whales migrating to their three lagoons each year. But they were no match for the hunters who now pursued them in record numbers. The whales valiantly fought back: they became known as “devil fish” due to their ramming into whaling boats and killing whalers in order to defend themselves and their calves.

In 1930, biologists estimated that only a few hundred to a few thousand gray whales remained. But the slaughter didn’t stop until 1937 when Mexico and the U.S spearheaded the first International Agreement for the Regulation of Whaling, giving the gray whales partial protection. In 1946, the International Whaling Commission banned commercial hunting of gray whales, with exceptions for aboriginal hunting and scientific research.

Then, in 1960, a scientist dropped a hydrophone into the water. The discovery of whale songs struck a chord with people worldwide, and a “Save the Whales” Movement was born. In 1993, the gray whale lagoons became a World Heritage site.

A tall and stately great white egret patrols the shores of Baja’s lagoons. The bird is a stealth hunter that mostly feeds on fish. ©Candice Gaukel Andrews

With those laws in place, gray whale populations began to rebound. In 1994, gray whales became the first whales to be removed from the U.S. List of Endangered and Threatened Wildlife. The most recent estimate available from the National Oceanic and Atmospheric Administration (NOAA) is that there are now about 21,000 gray whales migrating along our Pacific Coast.

Typically, the first gray whales arrive in Baja’s lagoons by late December to early January. They include pregnant mothers and single, fertile females seeking mates. The rest appear by mid-February to mid-March.

Once they have finished mating, gray whales without new calves begin to depart Baja, generally throughout February and March. Singles stay only seven to eight days (they’re often called the “spring-breakers”). The last to depart are the pregnant females and those with newborn calves, generally by late March into April or even early May. In the safety of these waters, moms like to teach their young before going north together. They’ll stay in each other’s company for about seven months.

Gray whales sometimes show their tail flukes when diving. The calm, warm waters of the lagoons are a safe place for young whales, free from predators such as orcas. ©Sam Beebe, flickr

When I arrived in Baja in March 2020, I expected the whales to fear me and all humans, just as crows pass on distrust of people from generation to generation. After all, 3 million whales were killed in the 20th century. In terms of sheer biomass, it was the greatest wildlife exploitation episode in human history.

And whales are smart. These animals are completely aware that they have been terrorized by us. We know this because of scientific studies that show that a stress response in whales’ cortisol levels corresponds to whaling “harvests.”

In 2000, researchers again found an uptick in stress levels among whales, most probably due to issues such as entanglement, ocean plastics, oil drilling, ship strikes and warming waters. Today, whales are being stressed by food instability caused by climate change: warmer waters cause melting ice (that was once impassable). Competition increases, impacting the ocean food chain. Gray whales are having to travel farther north to feed, changing the timing of their migration south. Females are even having calves outside of Mexico’s lagoons because they don’t make the complete journey in time.

The mother whale rolled over. She was watching me from one of her eyes. ©Ryan Harvey, flickr

So, I didn’t have much hope that I’d have a meaningful whale encounter when I went to Mexico. I thought I’d be happy if I could just spot a whale and her calf from afar.

Ironically, while bobbing up and down with the waves in a Zodiac in Boca de Soledad—or the Mouth of Solitude—it was the sounds that struck me first. They were the emblematic and unmistakable noises of whale blows. First came a big, watery exhalation on my right, followed by another one on my left. I didn’t know where to look or where to train my camera. Then, the gray whales popped up all around me and my boat mates, spy-hopping, slapping their flippers and showing off their tail flukes. It was as if we were the center of a wild, rowdy, happy party.

The gray whales then began to gently scratch up against the sides of our Zodiacs and swim directly under us. I was entranced by how these huge and massive creatures were so curious, so kind and so careful of us. How can this acceptance be explained, I wondered, after how we have treated them over the years?

I detected a mischievous glint in the gray whale mom’s eye—just before she doused me. ©Charlie Stinchcomb, flickr

One particular mom and her baby made an indelible impression on me. The two hung out between the Zodiac I was in and another one nearby. The gray whale mother started to “introduce” her calf to us as she nudged it up toward our boat. Scientists, in fact, hypothesize that these are learned behaviors from mothers who, as calves, were also introduced to humans in Baja.

Mom rolled over and looked at me out of one eye. I swear I saw a twinkle in it, and we held each other’s gaze for a moment. Then she exhaled through her blowhole, completely drenching me in her watery breath! How lucky I am, I thought as I sat there dripping wet, to be the butt of a gray whale joke.

A few days later, when my flight from Loreto, Mexico, landed in Los Angeles, I didn’t know what had happened to the rest of the world while I was away in the wilds of Baja and out of contact. At the airport, almost everyone was wearing a face mask, and I had no idea why. My second flight, from Los Angeles to Madison, Wisconsin, was almost empty—another shock. Before we took off, a man in a seat close to mine took out a wet wipe, scrubbed off his tray table, his seat back and his seat cushion. Then he offered me one. I declined, as I thought his behavior was extremely bizarre and over-the-top. Now, of course, I wish I had taken him up on the offer.

According to World Wildlife Fund, Baja locals affectionately call gray whales “friendly ones,” as they have an unusual tendency to approach whale-watching boats and check out the occupants. ©Ryan Harvey, flickr

After arriving home, I went directly into more than a year of personal tragedy, anger, anxiety and burnout. I didn’t know then that some 15 months of economic hardship, grief, illness, lockdowns, loneliness, monotony and Zoom calls would be in store not only for me, but for everyone else worldwide.

Today, as I struggle to reintegrate back into a daily life that somewhat resembles what was before—but one that will never be the same again—I make myself remember the gray whales of Baja and what they taught me: that after great suffering, you can learn to hope and trust again. 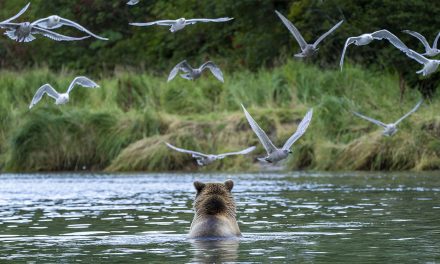 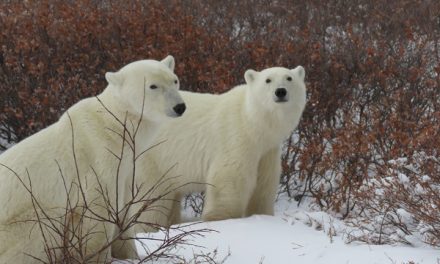 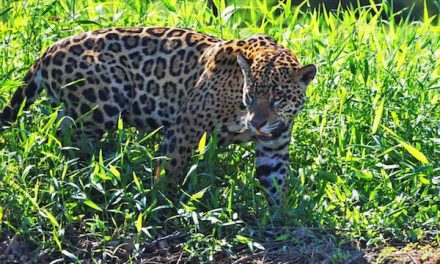 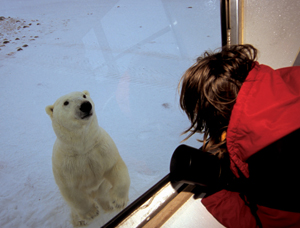