Monarch Butterflies: Are They Endangered or Stable? 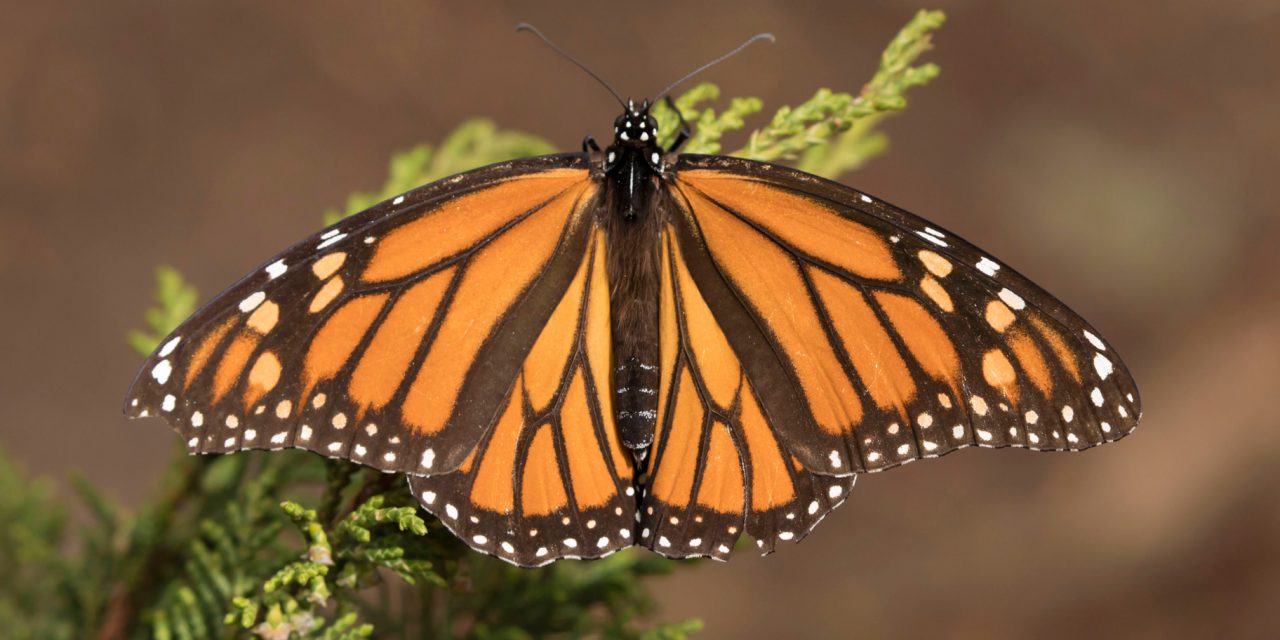 Every summer has its own vibe. For example, you might remember your 10th as the one when you learned to swim at the beach, or your 25th as the time when you took the perfect road trip.

I hope that summer 2022, too, will leave you with some happy memories and milestones, but I know that it will also have at least one, blue watershed event: it’s the summer migratory monarch butterflies were officially placed on the International Union for Conservation of Nature’s Red List of Threatened Species. On July 21 of this year, this charismatic insect was classified as endangered.

But things with monarchs are a bit confusing. As recently as June 10, 2022, it was reported that migratory monarch butterfly populations were more stable than previously thought. Warming temperatures and growth in summer populations of monarchs, such studies stated, compensated for losses during the winters.

So, are monarch butterflies endangered or stable?

The IUCN listing applies to the migratory subspecies of the monarch butterfly, or “Danaus plexippus plexippus.” There are two migratory populations: one east and one west of the Rocky Mountains. © Court Whelan

Resiliency Reflected in the Reckoning

In what seems like conflicting information, scientists from the University of Delaware recently published a paper in the journal Global Change Biology, stating that monarch butterfly populations in some parts of North America are increasing—at least during the summer breeding months. This seasonal influx of monarchs, along with higher temperatures, has compensated for losses during the winter migration and environmental threats, such as climate change and habitat destruction, the paper explains.

The research—based on more than 135,000 observations gathered by citizen scientists for the North American Butterfly Association and collected over a two-day period every summer from 1993 to 2018—is good news for the overall health of monarch butterflies. But some conservationists who have spent years drawing attention to the plight of monarchs and their dwindling winter colonies find the results controversial.

There are two types of migratory monarchs in North America: the Eastern and the Western. Eastern monarch butterflies typically breed during the summer across a wide range of the United States and Canada east of the Rocky Mountains. The insects then travel south to overwinter in parts of central Mexico. Western monarchs usually spend the summers breeding within a much narrower corridor located in California, Nevada, Oregon and Washington state. These butterflies typically overwinter along the California Coast, at sites stretching from Marin County in the north to Baja California in the south.

Both populations have suffered steep declines in their winter colonies in recent decades, owing in part to climate change, habitat loss from agriculture and urban development, and the overuse of pesticides. However, a successful summer breeding season can help make up for those losses during the winter. A single female can lay 500 eggs, so, with the right resources, monarch butterflies are capable of rebounding. Therefore, the study concludes, winter colony declines aren’t necessarily representative of the entire species’ population.

In fact, the researchers stated that they found an overall increase in monarch abundance, relative to other butterflies observed at various sites around the country, of about 1.4% per year. The population increases, however, were not uniform across breeding sites. While upticks were detected in the Northwest, Southeast and Upper Midwest, declines were seen across Illinois, Indiana, parts of the Northeast, Ohio and southern Wisconsin.

Strangely, in the winter of 2019, large populations of monarchs were found breeding in Los Angeles and the San Francisco area. Prior to that time, it was unusual to find winter breeding by monarchs in those locations. It seems that these butterflies are evolving or adapting to the changing climate by modifying their breeding patterns.

Monarch butterfly populations have been declining since the 1980s: the West has seen a 99.9% decrease in monarchs; and in the East, there has been between a 22% and 72% drop. In essence, this butterfly is disappearing across its range. © Eric Rock

So, say these researchers, while some conservationists believe that there’s an insect apocalypse, it’s not quite that simple.

Declines Detected in the Determination

In its assessment report for listing migratory monarch butterflies, the IUCN estimated that the Eastern monarch population has shrunk by between 22% and 72% over the past decade, and the Western population has declined by an estimated 99.9% between the 1980s and 2021. Evaluating trends for insect populations, however, can be difficult, as they tend to fluctuate from year to year.

Another challenge for measuring the populations of migratory species is that patterns can differ depending on when in the annual cycle they are evaluated, such as breeding versus overwintering. To estimate how many Eastern monarchs overwinter in central Mexico, scientists measure how many hectares of trees are covered with monarchs and convert that number into an estimated number of butterflies, even though many factors influence how densely monarchs cluster together in trees on their overwintering grounds.

In Mexico, scientists measure how many hectares of trees are covered with monarchs and convert that number into an estimated number of butterflies. However, how densely monarchs cluster is influenced by many factors. © Court Whelan

Assessments based on data from summer breeding grounds are also problematic because monarchs go through multiple generations per year and breed across a large area.

Nevertheless, according to the IUCN, monarch butterflies are in decline. And that’s because of us. Human-caused climate change is a fast-growing threat; drought limits the growth of milkweeds—where monarchs exclusively lay their eggs—and increases the frequency of catastrophic wildfires. Temperature extremes trigger earlier migrations before milkweeds are available, while severe weather kills millions of butterflies.

Some climate change impacts are more insidious and unexpected: warmer months in autumn lead to more monarch butterfly deaths, even as warming summers lead to increases in their numbers.

For many Mexicans, monarch butterflies—which weigh approximately half a gram, or less than a paper clip—have a hefty ecological, economic and even spiritual “weight.” © Diana Russler and Bill Gent

Most of us are familiar with monarchs; we can spot and identify them by their brightly contrasting, orange-and-black wings. Because of public conservation and environmental messages, we also know that they play an important ecological role. They pollinate plants and are a vital part of the food chain for birds and other animals. And by restoring their habitats and managing pesticide use, we’re aware that we’re also protecting a broad suite of animals—such as bees and other butterflies—that live in the same habitats as monarchs.

The IUCN report supporting the listing of migratory monarch butterflies as endangered does point out that the decline of the Eastern migratory population seems to have slowed, or even stabilized, over the past 10 years. Public warnings about the loss of monarchs spurred many actions to help them that likely contributed to the slowdown, from planting milkweeds and nectar plants in home gardens to large-scale restoration projects.

That’s a gigantic achievement for such small, complicated beings. Perhaps in summer 2023 or summer 2024, we’ll remember the season as the one we delisted the diminutive Danaus plexippus plexippus. 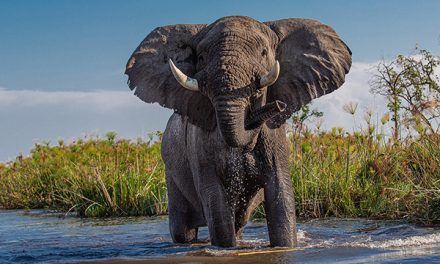 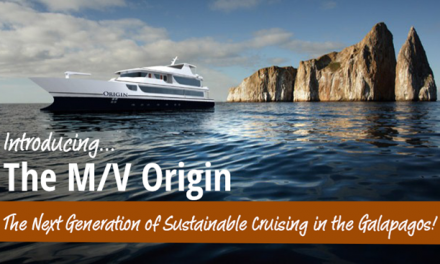 The Future of Galapagos Cruising 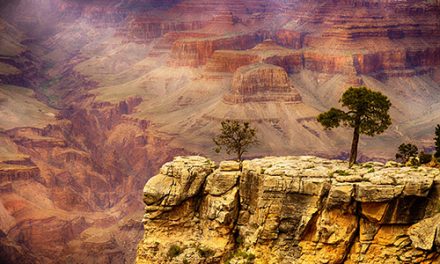 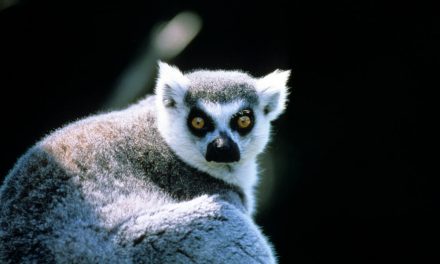