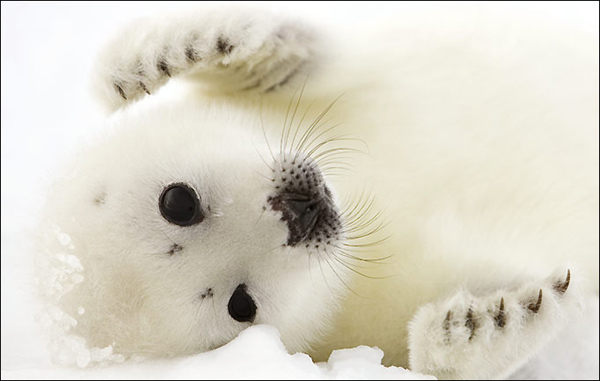 The development director of the IFAW inquired whether Ben’s “travel company” would be interested in running adventures to view baby harp seals in the Gulf of St Lawrence. ©CaroLa, flickr

A desk phone, $600 and one very wacky photograph. It’s just about all Ben Bressler had about 25 years ago, when the idea to create Natural Habitat Adventures was still just flickering in the back of his mind. Who could predict that this little start-up would one day evolve into a world leader in nature travel?

Now, in a brand-new book titled An Adventurous Nature: Tales from Natural Habitat Adventures, the company’s founder and director explains how “It All Started with a Seal.”

Writes Ben, “It was 3:00 in the afternoon, and the year was 1987. To say my life at work was slow was overstating my daily production.” But something happened that day that would change his life forever: the single-line phone on his desk rang for the first time that day. On the other end of that call was the development director for the International Fund for Animal Welfare wanting to know if Ben’s travel company was interested in running helicopter adventures to view baby harp seals in the Gulf of St. Lawrence.

The only problem was that Ben’s “travel company”—started 11 months ago—consisted of just that clunky desk phone; a few black-and-white business cards printed at a local copy center; a typewriter-written, mimeographed leaflet that functioned as a “brochure”; and $600 Ben had saved by driving a garbage truck at an amusement park in New Jersey.

Oh, and then there was another slight complication: Ben had just come off a short stint as an East Coast prep school history teacher, and he really had no idea where the Gulf of St. Lawrence was.

Below, is an excerpt from Ben’s chapter in the book on how NatHab got its start.

Walking into the storm

The slaughter of tens of thousands of baby harp seals for their fur became an international matter. ©ik_hou_van_je, flickr

“For thousands of years, native people of Canada’s eastern seaboard hunted harp seals for meat, fur and other purposes. It was a subsistence hunt much like any other in indigenous communities. Several hundred years ago, that all changed. The commercial hunt, mostly for the seals’ rich oil, began; and in the late 18th century, the first wooden sailing ships arrived to commence a boat-based hunt. By the mid 1800s, up to 12,000 men arriving in as many as 300 schooners hunted annually. It is estimated that the baby harp seal catch exceeded 500,000 animals during many of those years. By the mid 1900s, the mainly Norwegian fleets had arrived with steel-reinforced hulls and, though the population had already dwindled, hundreds of thousands of seals were still ‘harvested’ annually. Between 1950 and 1970, harp seals in the Atlantic decreased by 50 percent, from somewhere around 2.5 million down to half that number.

“In 1967, a Welshman living in Canada and working part-time at the New Brunswick Royal Society for the Prevention of Cruelty to Animals (RSPCA), Brian Davies, was invited to witness the seal hunt amid growing concern that the method used was cruel. The seal-hunting community anticipated Davies would approve the hunt and move on, but what he witnessed that first day on the ice floes shocked him. Davies went on to form the International Fund for Animal Welfare (IFAW), dedicated to ending the commercial harp seal hunt and currently the most powerful animal welfare organization in the world. Unlike Greenpeace or the Sea Shepherd Society, for example, IFAW sought political and media solutions to reach its goal, eventually employing French actress Brigitte Bardot in the 1970s to create her now famed television and print campaign.

“After years of heated battles, including jail time and threats on Davies’ life, a European Community Directive in 1983 banned the import of harp seal skins, resulting in a dramatic decline in the hunt during the following years. But there was still a landsman hunt, where locals would sail or drag dories (small, wooden boats) out onto the ice floes. It was now Davies’ idea to replace that hunt with seal-watching tourism. ‘You can’t just take money away from the hunters without replacing their revenue’ was his sentiment. After so many tumultuous years, this is where I came onto the scene.

Today, climate change is one of the biggest threats to harp seal populations. The animals depend on sea ice for giving birth, molting and resting. ©Silver Leapers, flickr

“After having signed on to operate these trips, I made my first visit to Atlantic Canada to inspect the hotels and meet with locals who would help me run operations. While the seal hunt was a local issue in that it affected so few Canadians and it barely involved anybody in Prince Edward Island where our first ‘Seal Watch’ was to be based, it was in fact a national and international matter, with emotions running deep on both sides. ‘How could they murder such innocent, little creatures,’ screamed the seal lovers.

“ ‘Who were the Americans and Europeans to tell us to change the way we have lived our lives for hundreds of years’ was the angry reply among the seal hunters and fishermen. The issue was hot, and prime ministerships had even been won and lost because of candidates’ positions on the seal hunt. Here I was, a young man with very little understanding of the deeply rooted emotions involved, ready to bring hundreds of seal lovers into the center of the storm.

Though most of the locals looked forward to a new and exciting adventure industry in the islands, the initial reaction from some islanders was that I was another protester. After a few drinks in the bar and a couple of prickly words by some hockey fans, I found myself in the middle of a potential brawl. At this point, I hadn’t been a part of this issue for very long; in fact, I hadn’t been engaged in this issue at all—I had simply been asked to run tours to visit baby harp seals. But to a few drunken locals, I was the enemy. A 50-year-old hotel employee grabbed me by the chest hair and pushed me across the room, a local fisherman from neighboring Magdalen Islands squeezed by me with a sharp elbow and plenty of snide comments were thrown at the ‘American seal lover guy’ by young and old alike. To them, I was a ‘Greenpeacer.’ I might as well have been the same guy with the fire hose who, it is rumored, killed a seal hunter by washing him off the ice floes from the deck of a Greenpeace ship in the 1970s.

“I kept telling them I was no murderer; I was just a guy from New Jersey.”

Get your copy of the brand-new adventure book from your favorite travel provider.

However, once Ben got to the gulf on his first “ecotour” with his travelers, things dramatically changed for him:

“Though the temperatures were in the single digits and we were in an environment more suited to a polar bear than to a guy from New Jersey, I somehow felt right then and there as though I was born to do this… .

“… I didn’t quite feel comfortable snuggling up to a seal, thinking that they probably didn’t want to see me given my far lesser connectedness to them. So I explored the ridges, stopping for a few seconds at each mother and pup, taking a mental picture and moving on. I, too, kept an eye on my co-travelers, and I found that their excitement was as captivating to watch as looking at the seals. Some of the women may have been well into their 70s, but they were little girls on the ice floes that day. I thought about their lives and the years they had seen, perhaps some of those years difficult ones since they had been raised during the Depression and World War II. I knew that they had earned this important and meaningful experience. I began to feel a sense of pride in having been a part of providing it for them … .”

The adventure of Natural Habitat

As for that “wacky photograph”? Well, you’ll have to wait until you get your copy of An Adventurous Nature: Tales from Natural Habitat Adventures. 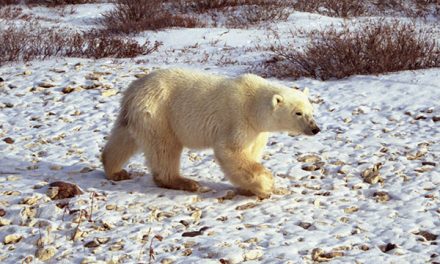 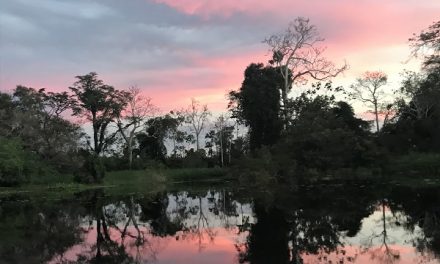 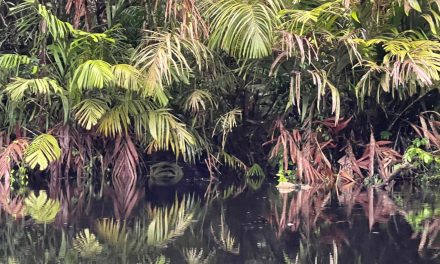 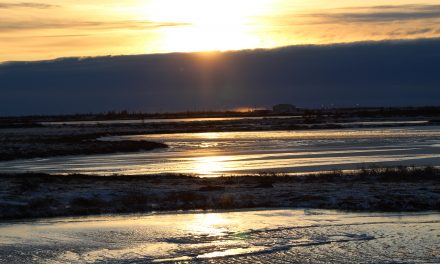