In the wild, it’s been documented that at least one leopard “adopted” a baby baboon. ©Eric Rock

Recently, when a group of sperm whales about a thousand miles off the coast of Lisbon, Portugal, took in an adult bottlenose dolphin, behavioral ecologists were puzzled. While cross-species interactions are not uncommon among terrestrial animals, sperm whales are not known for forging nurturing bonds with other species. Such an alliance had never been witnessed before.

For eight days, the dolphin traveled, foraged and played with the adult whales and their calves. When it rubbed its body against the whales, they would sometimes even return the gesture. What makes this story even more fascinating is that the dolphin had an S-shaped, spinal deformity.

Apparently, there was no benefit to the whales of forming this bond with the handicapped dolphin. Could this be evidence that animal altruism is real?

A bottlenose dolphin in New Zealand once rescued two beached whales, leading them into deeper waters.

Some wildlife researchers believe that altruism—defined as an act in which an animal sacrifices its own well-being for the benefit of another animal—is a well-documented behavior. Those who say animal altruism exists cite examples such as dolphins helping others in need or a leopard caring for a baby baboon.

In fact, in 2008, a bottlenose dolphin came to the rescue of two beached whales in New Zealand and led them into safe waters. Without the dolphin’s guidance, the whales surely would have died. In another incident in New Zealand, a group of swimmers were first surprised when dolphins began circling around them, tighter and tighter, splashing in the water. The swimmers initially thought the dolphins were displaying aggressive behavior, but it turned out that they were warding off sharks.

In the recent case of the dolphin and the sperm whales off Portugal, ecologists speculate that the dolphin’s peculiar spinal shape may have caused it to be unable to keep up with its own group of dolphins or perhaps it was picked on by other group members. That could have made the animal more likely to initiate an interaction with the large and slower-moving whales.

But what’s even more intriguing to ask is why the whales accepted the lone dolphin. One theory is that the dolphin may have been regarded as nonthreatening and that it was taken in by default because of the way adult sperm whales “babysit” their calves. The whales alternate their dives, always leaving one adult near the surface to watch the juveniles. The presence of the calves, which cannot dive very deep or for very long, allowed the dolphin to maintain contact. Marine biologist John Francis, vice president for research, conservation and exploration at the National Geographic Society, however, postulated that the whales could just be satisfying a desire for the company of other animals.

Some species of whales have been known to display a desire for the company of other animals—such as humans.

Other researchers point out that representing selflessness as an organizing principle of animal behavior—when in reality, it’s only a small part—is dishonest. Animals are only altruistic when it promotes their survival. It’s quite a stretch, they say, to believe that animals are capable of the complex thinking required to save a life.

For example, a cuckoo bird will lay an egg in the nest of a host bird of another species, usually one with similar-looking eggs to its own. The host bird then looks after the egg as if it were its true offspring. While some say this happens because other birds aren’t able to distinguish cuckoo eggs, others have shown that cuckoos periodically return to nests where they’ve left their eggs to see if all is well. If their young are still there, they will leave the nests alone. If not, cuckoos will destroy the nests and kill any of the host birds’ eggs and chicks that happened to survive. So taking care of a cuckoo’s offspring may just be a way for a host bird to protect what she has left.

Bernd Heinrich, a biology professor at the University of Vermont, was hiking through the Maine woods one day when he happened upon a group of ravens feasting on a dead moose. They were unusually noisy and making a loud call that Heinrich had never heard before—a call that seemed to attract even more ravens to the scene.

The behavior stymied Heinrich, because, in his view, ecological theory stipulates that a food bonanza should be defended, not shared. But the birds were sharing—to the point that some of the ravens even returned to their roost to recruit more birds. This odd incident inspired Heinrich to conduct a series of field studies, which he eventually published in the book Ravens in Winter (1989).

Heinrich’s helpful ravens became the classic example of animal altruism, says Jeff Stevens, a psychology professor at the Max Planck Institute for Human Development in Germany. But like most examples of animal altruism, what seemed to be a selfless act had selfish benefits. The sharing ravens were juveniles that had found the moose carcass in a mature raven’s territory. By bringing other young ravens to the feast, they avoided being chased off by the territory-holding bird.

Stevens believes that for any behavior to survive natural selection, it needs to help an animal or its genetic material. True altruism is not very common because it wouldn’t make much sense biologically.

But try telling that to one special bottlenose dolphin in New Zealand.

Do you think that animals are capable of true altruism? Or are they just naturally doing what’s best for their own species? 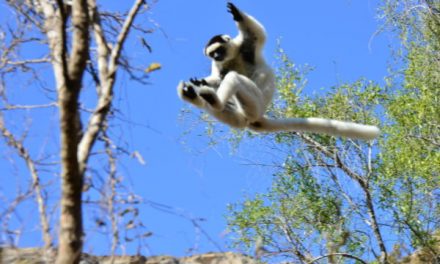 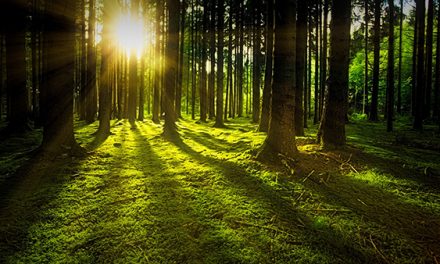 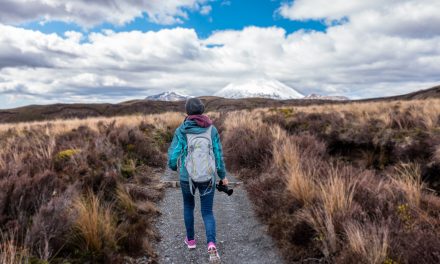