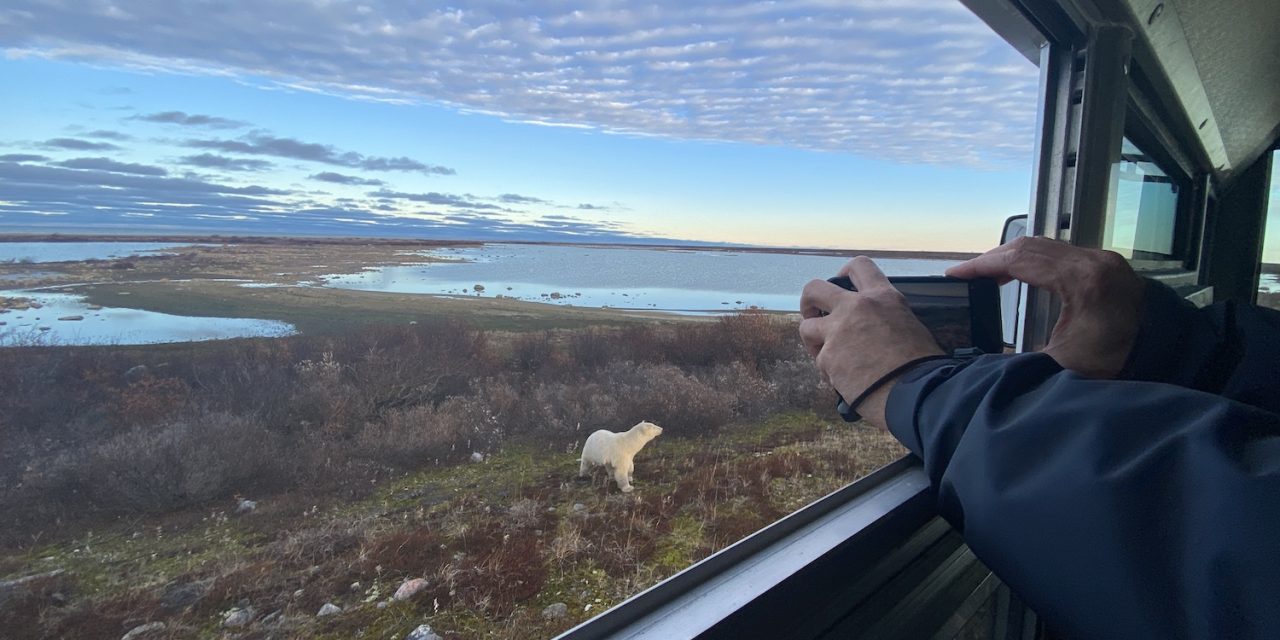 You’re standing on the outdoor platform of a rugged Polar Rover, feeling more alive than you’ve felt in a while as the chill Arctic air heightens your senses and you wait, with bated breath, for the star of the show to emerge. And then, there it is … a huge polar bear ambling his way toward the Rover, at first barely distinguishable against the vast tundra, then coming ever closer, as your eyes widen. You wonder, “Is this real?” Time stands still as you watch from your safe perch above the ground as this mighty creature satisfies its own curiosity, stopping, sniffing and pawing the Rover. We grin in delight and watch with wonder throughout this most wondrous of nature’s wildlife encounters.

If you’re considering a Nat Hab naturalist-guided polar-bear encounter in Churchill, Manitoba, you’re likely already intrigued by these incredible marine mammals. We wonder, “How do they survive in this harsh northern landscape? Are they strong swimmers? How far and fast can they swim? How are they being affected by the retreating sea ice?” During a Nat Hab Classic Polar Bear Adventure, you’ll have hours to discuss these very questions and concerns with Expedition Leaders who know these mammals best. To prepare you for your departure, or to quell your curiosity if you’re simply smitten with polar bears, we dive into a few of those topics here.

Like other marine mammals, polar bears not only can swim, but love to swim (to a point). Unlike, say, a beluga whale, polar bears are not found solely in the water, but they depend on the sea so much that they’re classified the same way as a seal or cetacean. Both for hunting and for travel, the bears spend a large amount of time in the icy water and have adapted over time to be strong swimmers.

These enormous teddy bears have a thick layer of insulating fat (up to 4.3 inches) that not only keeps them warm but helps them float. Just like your favorite preschooler, they rely on the doggy-paddle to get them from place to place, using their paddle-like front paws to propel through the water and their back paws as a steering rudder. Their paws are as large as dinner plates, nearly 12 inches across, helping them swim, but also allowing them to walk on thin ice without falling through.

Polar bear snouts, heads and bodies have evolved to make them more streamlined in the water, allowing them to reach speeds of up to 6.2 miles per hour (if you’re keeping track, that tops Olympian Michael Phelps’s fastest recorded swimming speed). 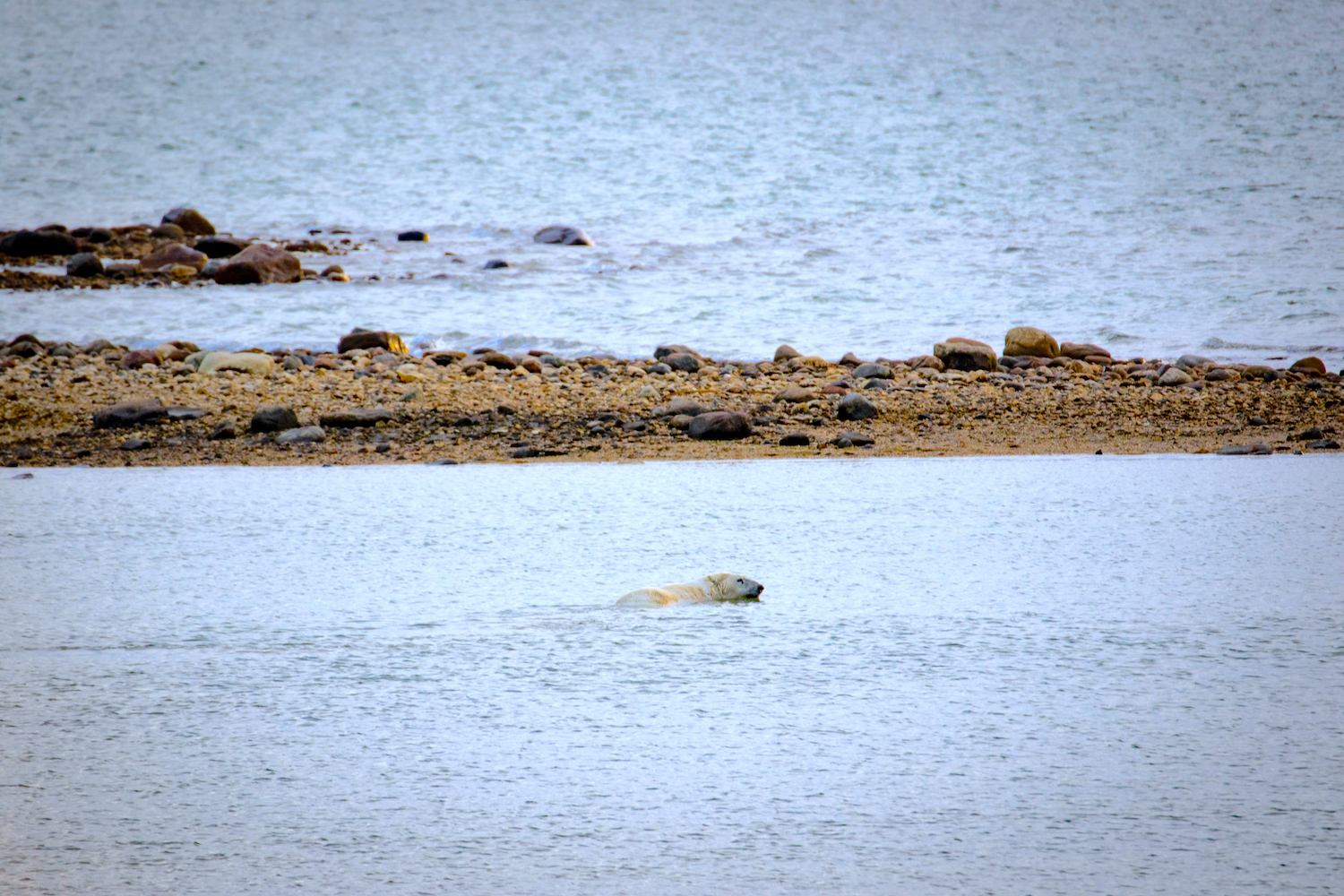 How Far Do Polar Bears Swim?

Thanks to the species’ energy-conserving adaptations, polar bears can swim for exceptionally long distances and for multiple days at a time. The more sobering point of fact, however, is that polar bears never used to have to swim as far as they do these days. The allure of swimming quickly loses its shine when it becomes more of a “must” as opposed to a choice. So why are the bears having to swim farther and for longer? Signs point strongly to climate change.

In 2011, one female polar bear swim was recorded at 426 (687 kilometers) miles, achieved over nine straight days (which is equivalent to the distance between Washington, DC and Boston). Her journey through the Beaufort Sea is indicative of the longer and longer stretches mother bears are having to swim to reach land. Unfortunately, this comes at a risk to their cubs, who often are not mature or strong enough, nor have enough stored fat, to make it the whole way. In this case, the cub died at some point during the mother’s swim; when she reached land, she herself had lost 22 percent of her body weight.

The longer swims that researchers and conservationist groups are seeing are not typical of historical polar bear behavior. “We’re pretty sure that these animals didn’t have to do these long swims before, because 687-kilometer stretches of open water didn’t occur very often in the evolutionary history of the polar bear,” said Steven Amstrup, chief scientist for the conservation group Polar Bears International. Today, the bears are embarking on much longer, more exhaustive swims, arriving on land tired, depleted and weak—not ideal conditions for hunting.

In the case of the Beaufort Sea, where this mama bear made her epic swim, the summer sea ice used to remain in place along the continental shelf. Home to a rich population of seals, this was an important habitat for polar bears and allowed them to build up their fat stores for the warmer months. Unfortunately, the sea ice here is steadily retreating. If the dangerous, long-distance swims become more frequent and, as a result, cubs are lost, there will undoubtedly be a negative impact on the polar bear population.

The life of a polar bear in Hudson Bay differs a little from those farther north in that the sea ice thaws completely in the summer months. The bears must fast during this time. But if their fast lasts too long, the fat layer built up during a winter seal feast will not be enough. With sea ice breaking up earlier in the spring and forming later in the fall than it used to, the fasts have been longer and longer—up to five full months as opposed to 120 days in the past. As a result, the bears are not able to bounce back as quickly from their fast, leading to declining health in the population. 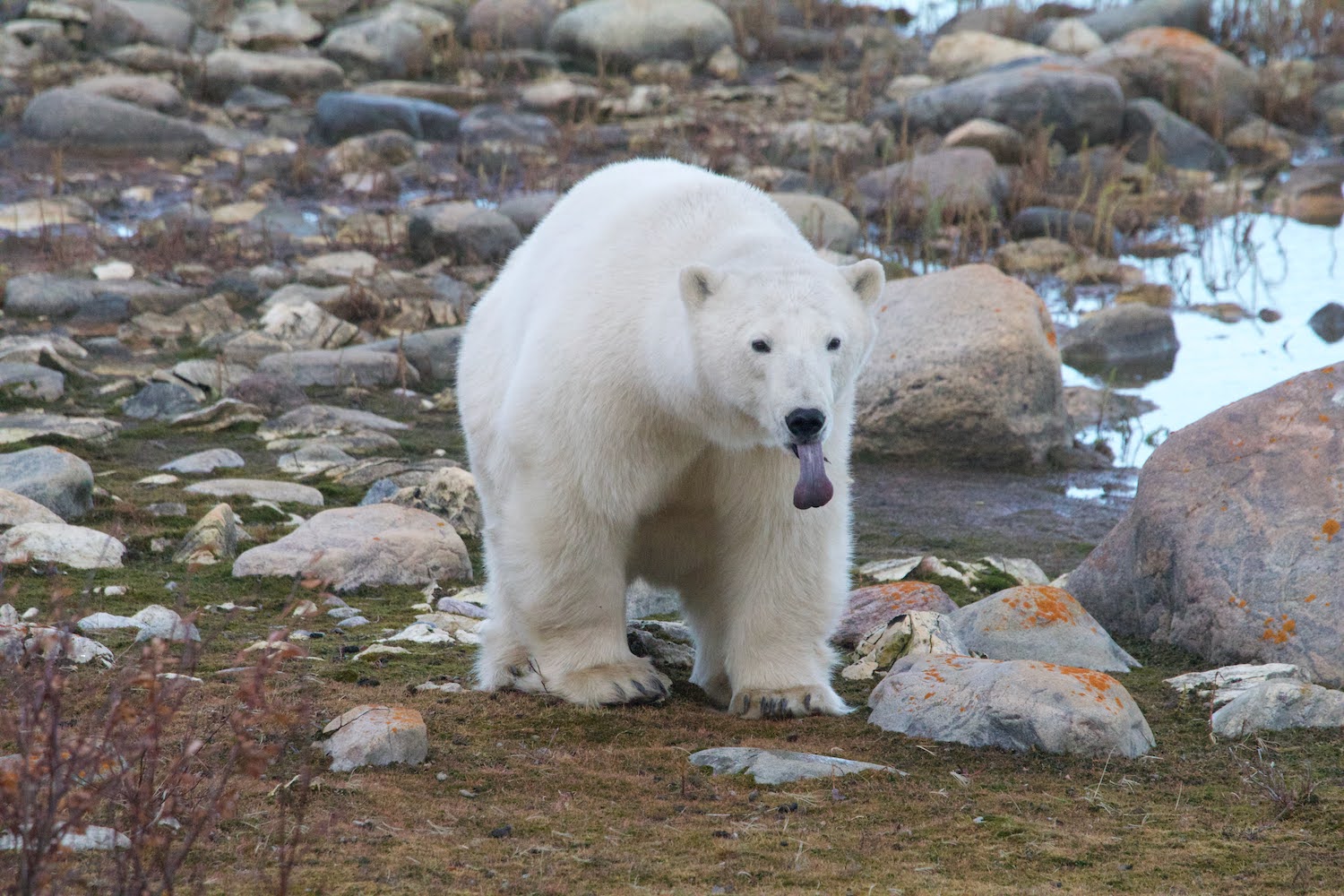 How Can We Help Polar Bears?

Start by seeing polar bears in the wild. When we come face to face with the mammals with whom we share our planet, we redouble our commitment to conservation. Thankfully, wildlife researchers and conservationists have recognized the negative trend—retreating sea ice, longer swims, loss of polar bear cubs—and are already acting to correct it. The United States, Canada, Denmark (Greenland), Norway and Russia are working together as Polar Bear Range States and have recently implemented a detailed circumpolar conservation plan for the species that extends until 2023.

On a more personal level, a trip to view polar bears in the wild along Hudson Bay’s western shore, with a reputable, conservation-minded operator such as Natural Habitat Adventurers, not only unveils the mysteries of the polar giants but educates guests on the challenges they face.

During a guided expedition to view polar bears in Canada, you’ll have the opportunity to witness the largest concentration of the species on the planet. During the winter, for as long as Hudson Bay is frozen, the bears hunt and feed until spring, when large chunks of ice called “floes” carry them toward the southern shore of the bay.

At the start of the summer, the bears start their northward journey—800 to 900 miles along the coast back to their seal-hunting grounds. Between 600 and 1,000 (typically male) bears gather at the headlands, close to Cape Churchill, and wait for the ice to become thick enough to withstand their weight. They then disperse and hunt once again.

Nat Hab Expedition Leaders know the best places to observe the polar bears during this congregation as they wait for Hudson Bay to ice over. Watch as the bears play and interact, listening as an Expedition Leader interprets your observations and explains the adaptations and behaviors that help the animals live in such a harsh environment. Learn, too, what we can do to help protect them in the face of climate change and retreating sea ice. 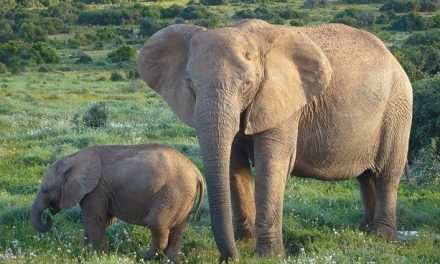 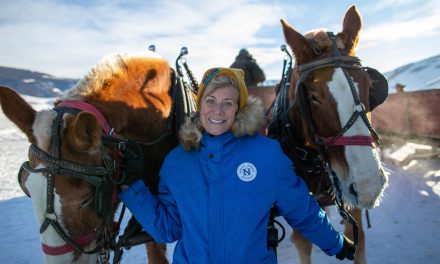 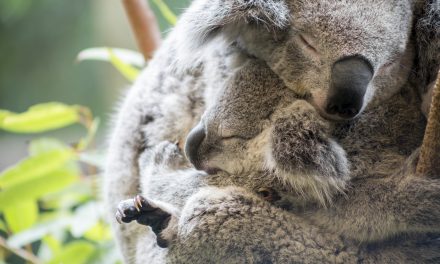 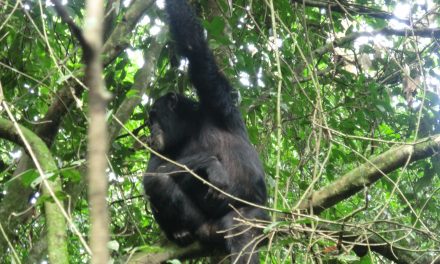