Ask anyone who has ever visited Yellowstone National Park (YNP) what they remember about their experience, and the response will inevitably include bison. As North America’s largest terrestrial animal, bison (Bison bison), often endearingly called buffalo, certainly leave an impression. Enormous and thundering beasts, bison have been declared the national mammal of the United States. Yet, despite their celebrity status, they remain one of the most controversial animals of Yellowstone.

Once numbering in the tens of millions across North America, Bison populations plummeted to only dozens during the wanton butchery of the 19th century’s Great Slaughter. Early conservationists saved bison from the brink of extinction by providing a refuge in the world’s first national park, Yellowstone. Since then, biologists have heralded the bison recovery as one of the greatest comebacks of all time.

But for all of its successes, the management of bison has been one of the most enduring challenges of the park service. As bison populations increase, so does the need for resources, especially in winter, when forage on the Yellowstone Plateau is minimal. However, opposing interests between the park service and state livestock departments complicate the issues. Due to the high seroprevalence of brucellosis in the Yellowstone bison population, bio-political debates have developed in what would otherwise simply be an ecological concern. Therefore, in 2000, by federal order, the Interagency Bison Management Plan was created to supervise issues regarding the migratory bison population in YNP.

Bison, like many animals, migrate in response to diverse ecological pressures. Geographically, YNP is a brutal place to live, even for these tough creatures. It’s a large volcanic plateau, averaging 8,000 feet above sea level. Eighty percent of the park is covered in dense coniferous forests that have little nutritional value. Winter is severe. The temperatures can drop below -40°F, and the snow sticks around for 213 days of the year.

Bison migrate to gain access to food depending on the season, moving from high elevations as winter storms bury grasses under deep snow. Currently, hundreds of bison try to leave Yellowstone throughout the winter season as forage becomes increasingly limited within the park. Comparably, the bison attempt to follow the “green wave” of plants back into the hills as the snows begin to retreat in late spring. This migratory necessity helps bison get the calories they need to survive Yellowstone’s harsh winters. Bison migrations have been following the seasons for thousands of years, but in the last 150 years, things have changed.

After near extinction in the nineteenth century, bison now roam in the thousands across the Yellowstone Plateau. Their charismatic bulk dominates the expansive landscape where they roam. Yet, after decades of conservation management and exhaustive recovery programs, bison are the only animals not allowed to move freely outside of YNP.

This paradox is due to fears of livestock interests. The Montana Department of Livestock and the Animal and Plant Health Inspection Service have opposed the migration of bison out of YNP because they are concerned that Yellowstone bison might transmit a contagious bacterium to domestic cattle.

The bacterium is known as Brucella abortus, or brucellosis. The pathology in bison includes inducing abortions or causing the birth of nonviable calves, endometritis (inflammation of the inner lining of the uterus), orchitis (inflammation of the testicles), retained placenta and/or joint inflammation. The primary means of transmission is via oral contact through the licking or ingestion of contaminated reproductive tissues and fluids.

While there is no known case of bison infecting cattle with brucellosis, the possibility does exist. Sadly, once an animal has become infected, there is no cure, and often culling the animal is required. A vaccine, known as RB51, exists to prevent the transmission of brucellosis, but it must be repeatedly administered. For the thousands of wild bison in Yellowstone, wildlife managers do not consider the vaccine as a viable solution.

The great irony is the origin of the disease. Brucellosis is a nonnative disease that was incidentally introduced to North American wildlife by European domestic cattle. Yellowstone bison were most likely exposed to the bacterium in the early 1900s when park employees kept livestock in the park for milk. As early as 1917, bison within YNP were tested seropositive.

To complicate the matters, Brucellosis is zoonotic—it can infect humans. People who handle infected animals are at risk. Brucellosis can be transmitted from animals to humans via contact with contaminated reproductive tissues through the mouth, eyes and open wounds. It can also be transmitted via unpasteurized dairy products (can you see why people don’t want their cattle infected?). However, the pathology in humans is manifest differently than in cattle and bison. Humans may develop undulant fever, which can last months but is rarely fatal.

As a zoonotic disease, the United States Department of Agriculture (USDA) determined that the disease needed to be controlled and eradicated. So, in 1934, a national program to eradicate the disease from cattle within the US was established. After more than seven decades and a $3.5 billion national effort, the USDA successfully eradicated brucellosis from the US cattle industry by 2008. The Nation was declared brucellosis-free with the exception of wild game in the Greater Yellowstone Ecosystem, including bison and elk (Cervus elaphus), and feral swine (Sus scrofa) in Texas.

On the northern border of YNP, Montana worked aggressively to eradicate brucellosis from its cattle industry. After an expenditure of more than $30 million, the state attained brucellosis-free status in 1985!

However, because the migratory corridors most accessible to wildlife within YNP lead north into Montana’s Paradise Valley and northwest above West Yellowstone, Montana was subsequently infected again—by brucellosis transmission from elk to cattle—and lost its brucellosis-free status, resulting in additional testing requirements and interstate cattle transportation restrictions.

Yup, as I mentioned above, Yellowstone elk are also infected with brucellosis. However, the identified presence of antibodies of brucellosis circulating in the blood is much lower in elk populations. Elk herds within the Greater Yellowstone Ecosystem range from testing 2 percent to 30 percent brucellosis seropositive. Bison herds, on the other hand, test as high as 50 percent to 60 percent seropositive for the disease.

The reason for higher concentrations of seropositive animals in one species more than another is partially influenced by behavior. While both ungulate species are herd animals, separating into maternal and bachelor groups for most of the year except for the intermingling of sexes during the rut, each species exhibits slightly different calving behavior. It is important to note that transmission of brucellosis is highest during the calving season when the shedding of infected reproductive tissues and fluid are frequent. While calving, bison generally remain in the safety of the herd while the cows and their newborn calves are vulnerable.

Elk do not remain with the herd to give birth. Cow elk tend to leave the group and favor seclusion, relying upon the inconspicuous safety of isolation. Because bison are surrounded by the herd during the discharge of reproductive tissues and fluids, the concentration of contaminated agents is much higher, and the odds of transmitting brucellosis to other bison are greater.

Even though there has never been a confirmed case of bison transmitting brucellosis to domestic cattle, the Montana Department of Livestock and the Animal and Plant Health Inspection Service have less tolerance for bison outside of YNP because of higher seroprevalence in Yellowstone’s herds.

So, in 1995, the State of Montana sued the National Park Service because of bison migrating from YNP. And in 2000, a court-mediated settlement was reached, creating the Interagency Bison Management Plan. Currently, YNP is obliged to help mitigate the migration of bison leaving the park. In order to halt the impulses of a migratory species, interagency teams haze the animals, as well as cull a percentage of the Yellowstone population each year and offer tribal hunts along park boundaries for Indigenous communities. In 2008, nearly two thousand bison were removed from the population by management actions. On average, 1,200 bison are culled and/or hunted annually around the park’s northern boundary.

At the root of the conflict is an ethical dilemma: should wildlife management be slaughtering the animals it fought for decades to save? Before the Interagency Bison Management Plan can determine how it will handle the restoration and expansion of the Yellowstone bison, it must first attempt a sea change in the public discourse over wildlife population management and human environmental interconnectedness. Before local communities of the western states and American Society at large embrace expansive wildlife management reforms, there must be a significant change in the politics of environmentalism. 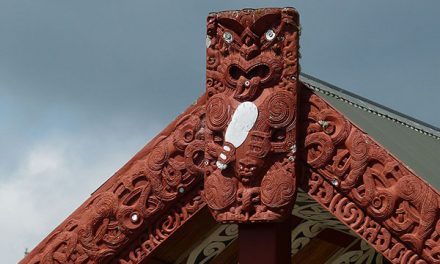 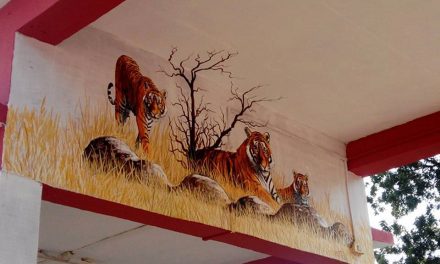 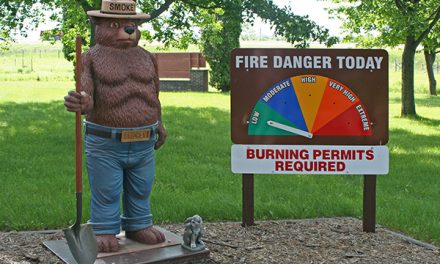