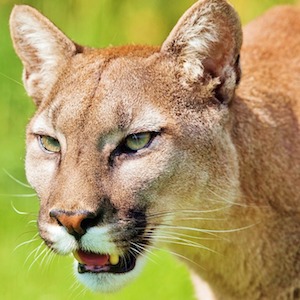 Other cats found in the Pantanal are the puma, the ocelot, the jaguarundi and the margay. The largest of these, the puma, is more than 6 feet long and weighs up to 220 pounds. Also known as mountain lions or cougars, these large cats are active both day and night, preying upon deer, coati, porcupine, rabbit and other small mammals. 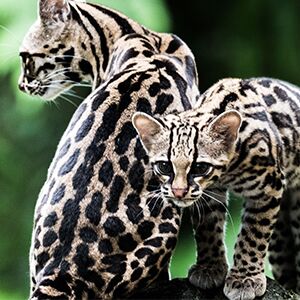 Ocelots have striped and spotted coats. The average ocelot weighs around 35 pounds. A skilled climber, this small cat stealthily stalks its prey in the trees and on the forest floor, hunting for monkeys, rabbits, rodents, birds, fawns, fish, iguanas, insects and snakes. Ocelots typically produce two kittens in a litter, but many have up to four young at one time. 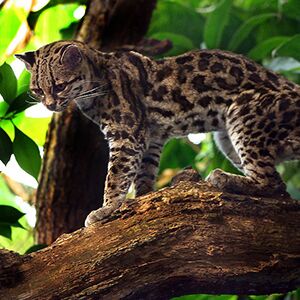 The smallest wild cat in the Pantanal is the margay, usually weighing in at around 11 pounds. They are marked by a velvety coat with exotic designs, beautifully patterned eyes bushy tails. A reclusive, nocturnal creature, the margay prefers to stay hidden in the dense rain forest, rarely venturing into the open countryside. It stalks prey in the trees, including birds, lizards, tree frogs, monkeys eggs. It also feeds on grasses and fruit such as figs, which likely aids their digestion. 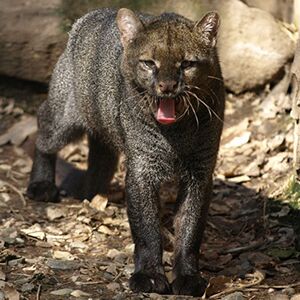 With a weasel-like appearance, the jaguarundi has short legs, rounded ears a small, flattened face. The body is lithe and slender, and the tail is long and bushy. This feline has a sleek coat that is typically black or brownish-gray. Cats with darker coats are usually found in the rain forest, and lighter, red-coated jaguarundis inhabit drier regions. Between one and four spotted kittens are born to a litter, and their spots quickly fade to one color. The jaguarundi is diurnal, preying upon small rodents, fish, birds, reptiles, and frogs.

Track jaguars, scout for tapirs, look for hyacinth macaws and more in South America’s most extensive wild frontier—the sprawling wetlands of the Pantanal—with some of the planet's most abundant wildlife.
11 Days / Jun–Oct
From $10695 (+air)
~10
Photo Departures Available
New Itinerary!
Know Before You Go