In the words of the National Park Service, “Lake Clark National Park and Preserve is a land of stunning beauty. Volcanoes steam, salmon run, bears forage, and craggy mountains reflect in shimmering turquoise lakes. Here, too, local people and culture still depend on the land and water. Venture into the park to become part of the wilderness.” 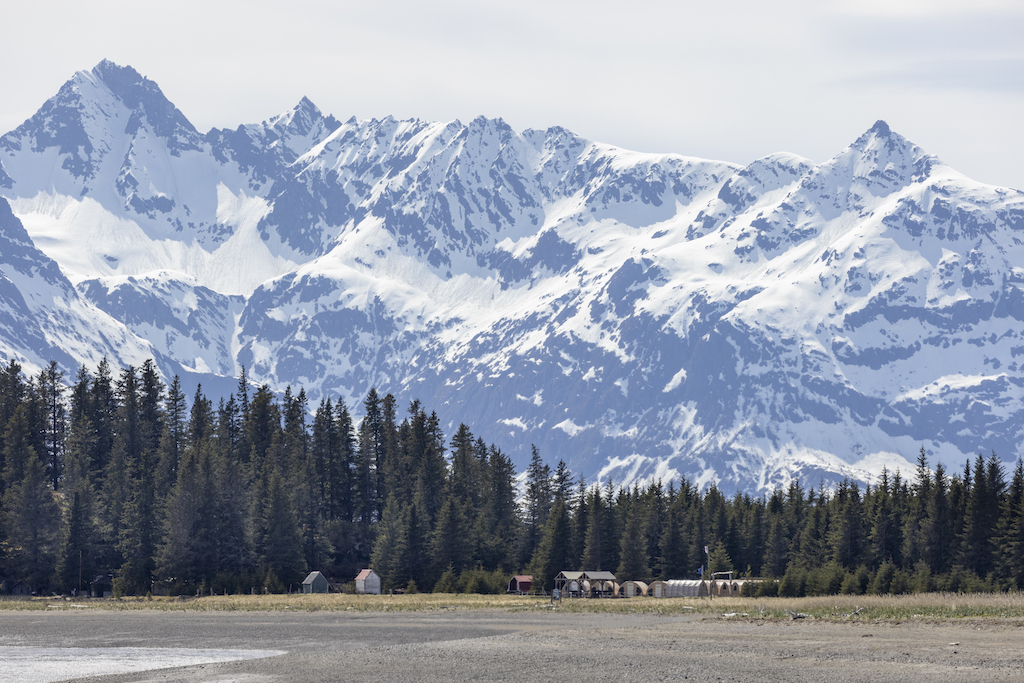 Mountainous Lake Clark National Park lies at the intersection of the Alaska Range and the Aleutian Range, and it is woven through with rivers, glaciers, estuaries, forests and meadows. It covers more than 4,000 square miles—larger than Rhode Island and Connecticut combined—and has no roads and only a few miles of developed hiking trails. For more intrepid explorers, there are limitless backpacking opportunities either off trail or following historical trade routes to interior Alaska. 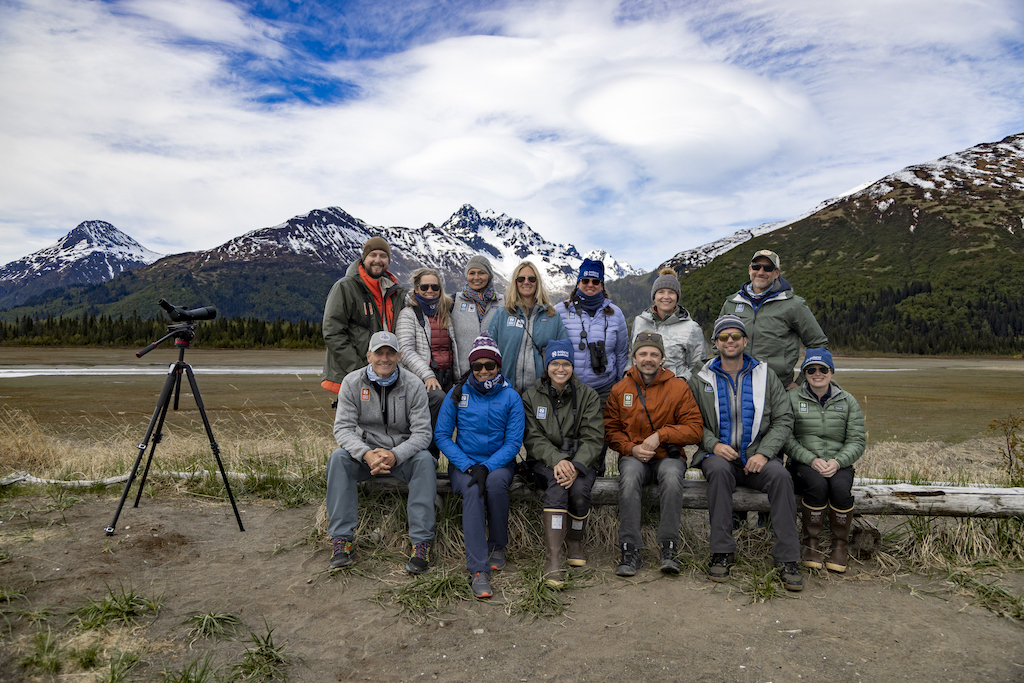 While Lake Clark is truly a vast wilderness, this can be a misleading term that evokes visions of a place absent of human influence. In fact, this is far from the case. The Lake Clark (Qizhjeh Vena) area is the traditional homeland of the Dena’ina Athabascan people who have been relying on the abundant natural resources here for thousands of years and continue to be allowed access to the national park lands and water for subsistence hunting and fishing. Subsistence Resource Councils made up of locals work with the park staff to ensure that harvests are sustainable, and the impact is minimal. This arrangement allows traditional cultures to remain vibrant while also protecting this critical ecosystem that encompasses the headwaters of the Bristol Bay salmon fishery. 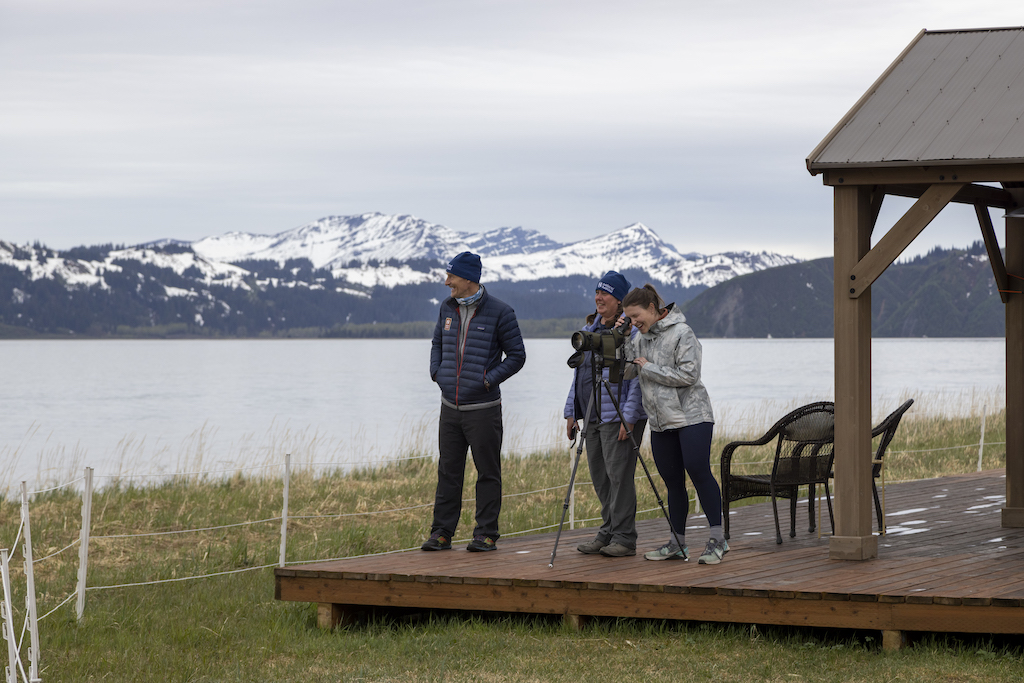 The Bristol Bay salmon fishery is the largest salmon fishery in the world, hosting runs of all five species of salmon over the course of the year (sockeye, coho, Chinook, chum, and pink). Most significantly, 46% of the world’s Pacific sockeye salmon rely on Bristol Bay, with over 37 million sockeye returning to the bay’s watersheds to spawn every year. This fishery is critically important economically, culturally and ecologically. 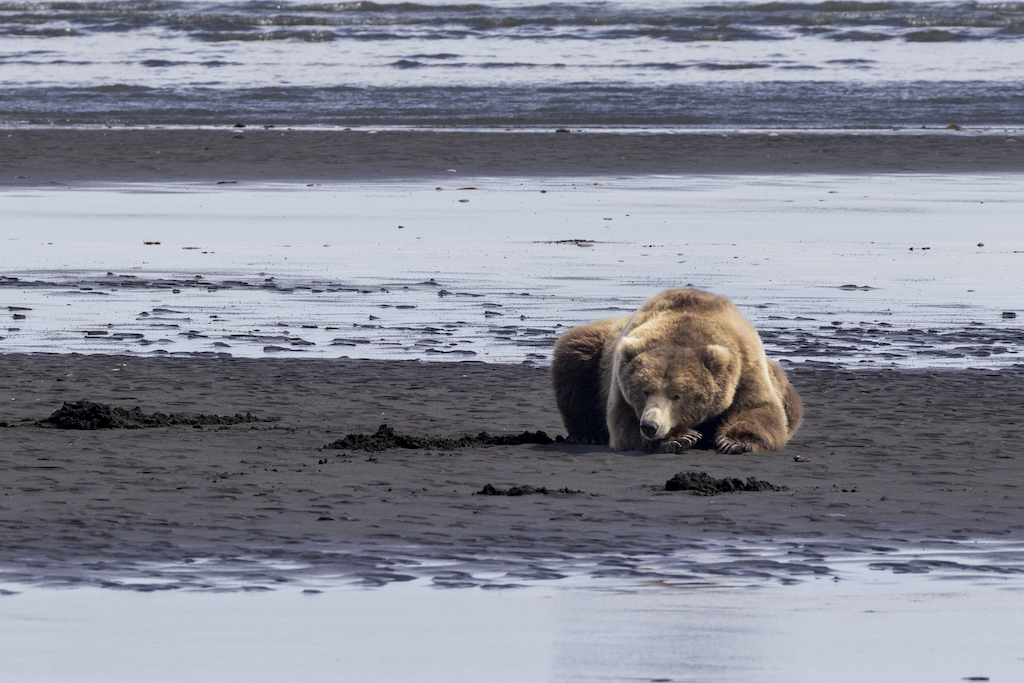 First, let's clear up some confusion—is it brown or grizzly? With “grizzly bear” and “brown bear” often being used interchangeably, you might be wondering what kind of bear you will be seeing.

Grizzly bears and brown bears are taxonomically the same bear. They are both Ursus arctos horribilis, with the main differences being regional and dietary. 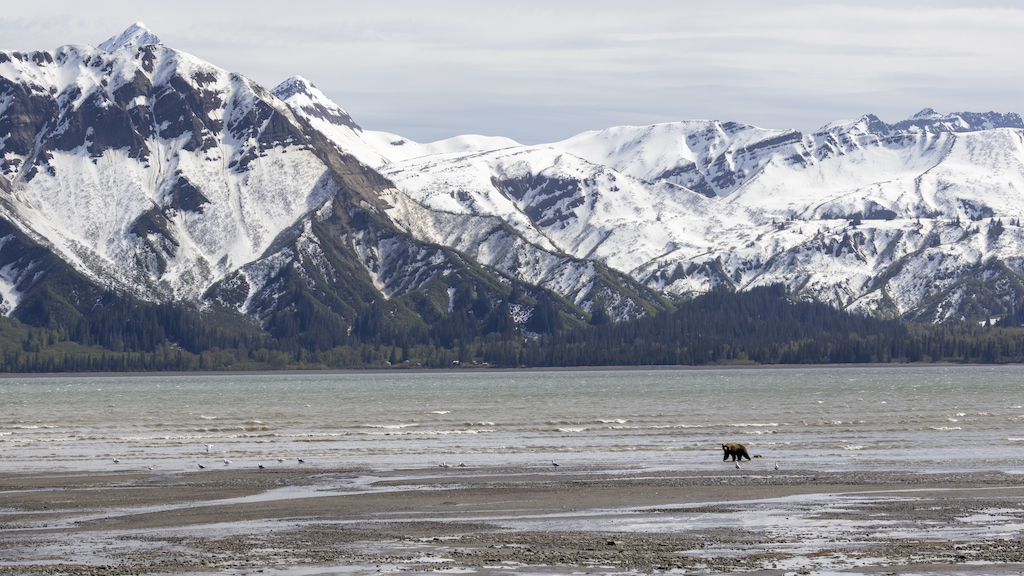 In coastal Alaska, where salmon constitutes over 40% of their annual diet, they are called brown bears. This rich and abundant food source allows them to get big. Really big. A large adult male can weigh up to 1,500 pounds at their peak right before hibernation. Their protein-rich diet also allows their coats to become dark and dense.

Behaviorally, the sheer abundance of food here allows them to gather in high densities. It’s not uncommon to see 20 or 30 bears over the course of a day and, in one study, researchers recorded more than 200 brown bears in a 50-square-mile study area in the park at one time. These coastal browns are the bears you will be viewing during your time at Nat Hab’s Alaska Bear Camp. Add early-season sedges and late-season berries to the menu laid out around the camp and the bears have a feast that keeps them nearby for months. 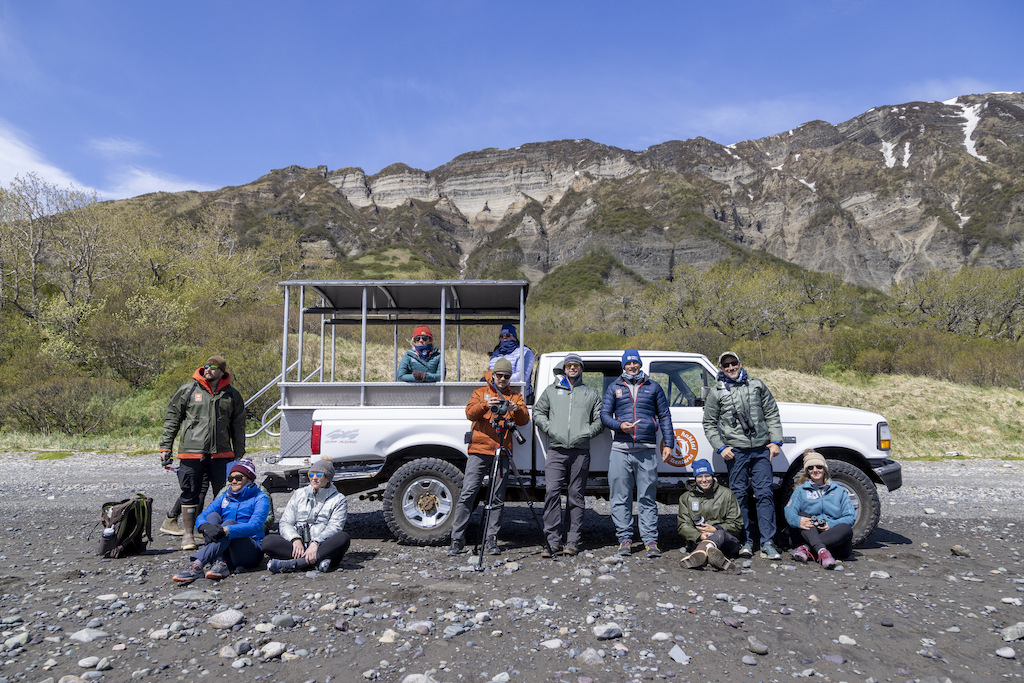 Most of Lake Clark National Park, however, lies inland. This is the land of the grizzlies. Food is far less abundant for these bears, and they are much more dispersed. Their name comes from the grizzled gray and brown coat that they often display due to their more nutrient-poor diet. They are also smaller than the coastal bears, so it would be unlikely to see these grizzlies moving into the coastal habitat dominated by their larger relatives. To see these interior bears would require a long hike, a sharp eye and a lot of patience. 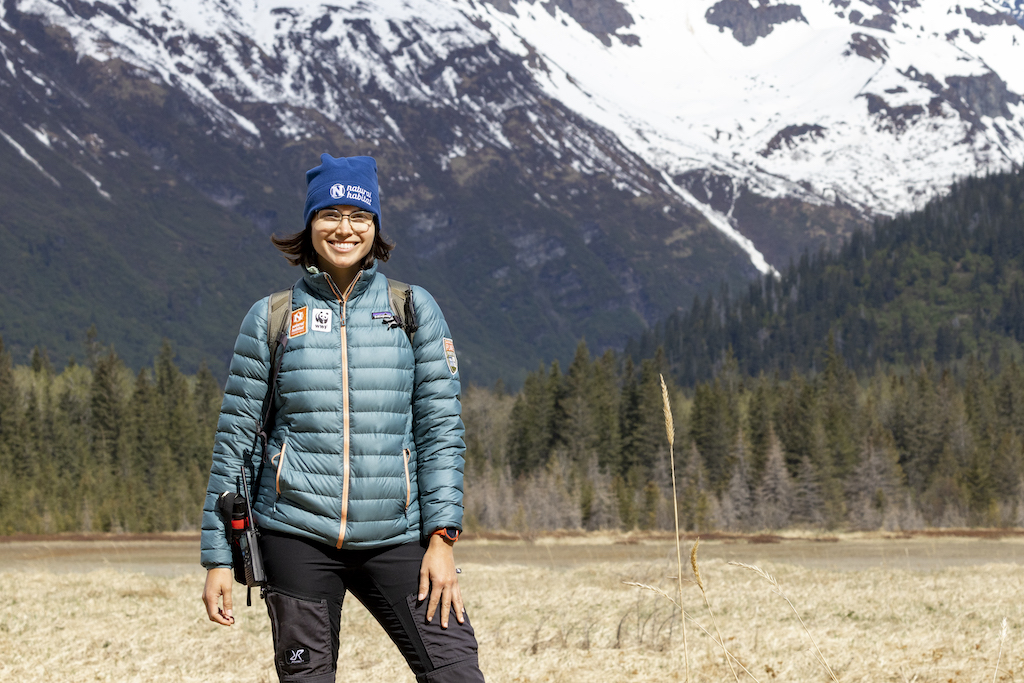 The park is also home to black bears. They are rare to see, but if you keep an eye out along the forest edges you might get a glimpse. While they will come to the coast to feed, they tend to only visit areas where they can quickly duck into dense cover if they are spotted by a brown bear. In the contiguous United States, black bears are abundant and widespread. Grizzly bears, however, are only found in the Greater Yellowstone Ecosystem, parts of Montana and Idaho, and occasionally in northern Washington State. While they once roamed much of the country and as far south as central Mexico, the fear invoked by their size and power led to an extermination campaign that eliminated them from much of their original range. Today Alaska is a refuge for the majority of North American brown bears, holding 98% of the U.S. population and 70% of the overall North American population. An estimated 30,000 of them meander across Alaska’s landscapes.