While we all know what’s happening with the world’s polar bears, what’s going on globally with penguin populations might surprise you. ©Mark Hickey

We’ve all heard the dire predictions about the world’s polar bears: according to the U.S. Geological Survey, two-thirds of them could disappear by 2060, even under moderate projections for shrinking summer sea ice caused by greenhouse gases in the atmosphere. But what’s happening at the other pole—although not as often reported in the media—with its most iconic animals, penguins, could be just as startling.

At first glance, two recent studies that were published in January regarding the world’s penguin populations seem to be at odds: while one shows that Magellanic penguins are suffering due to climate change, another suggests that Adelie penguins may be adapting just fine.

In the Falkland Islands

According to a study published on January 29, 2014, in the peer-reviewed science journal PLOS One, storms caused by rapid climate change are contributing to Magellanic penguin deaths.

For 27 years, a team from the University of Washington and the Wildlife Conservation Society studied a multitude of factors responsible for chick mortality in the world’s largest colony of Magellanic penguins, a species that inhabits coastal regions of Argentina, Chile and the Falkland Islands. Between 1983 and 2010, researchers collected data on nearly 3,500 chicks. While starvation and predation caused the majority of deaths in most of those years, heavy storms and extreme heat have taken an increasing toll over time. What stands out is that weather never used to be an important mortality factor for these birds—and now it is.

The chicks are most vulnerable between nine and 40 days after hatching, when they are too large to seek shelter under their parents’ bodies but have not yet developed waterproof plumage. Baby penguins are more likely now than three decades ago to catch hypothermia during storms or succumb to excessive heat. Since 1987, Magellanic penguins have lost 20 percent of their population.

In another part of Antarctica—farther south—however, the story seems to be different. The results of a second study published on January 29, 2014, in PLOS One suggests that lower summer sea ice concentrations than currently observed would benefit the foraging performance of Adelie penguins in their southernmost breeding area in the Ross Sea.

The team in this research project studied Adelie penguins over a 13-year period and found that the birds can mostly adapt their foraging behavior to varying amounts of seasonal sea-ice coverage. Since scientists predict that sea-ice coverage will shift dramatically in the coming decades—with summer coverage shrinking as oceans warm—that’s very good news.

But Adelie penguins have a Goldilocks-like relationship with sea ice: it has to be “just right.” For the birds, sea ice is essential for finding food (it hosts prey species, such as krill, on its underside), it provides a site to rest and molt, and it eases migration. But too much sea ice, or if it is too thickly packed close to shore—especially during chick-rearing season—can be bad. Then, penguin parents have to travel farther to the ice’s edge to find food; and longer, costlier journeys mean that chicks often end up being fed less.

Will penguin colonies continue to fail as the climate warms? ©Candice Gaukel Andrews

The data gathered during the 13 years of this study suggest that Adelie penguins near their breeding grounds display enough behavioral plasticity to cope with a wide range of sea ice coverage, modifying their foraging trip length and frequency appropriately. But what the penguins can’t deal with very effectively is a combination of shifting sea ice and mega-icebergs—which until recently, occurred infrequently enough to be considered extreme events. From 2001 to 2005, within the time frame the team was studying the penguins, two enormous icebergs collided with the Ross Ice Shelf near the penguins’ breeding grounds at Cape Crozier, Ross Island. The bergs blocked the normal flow and formation of sea ice and upset the ocean’s food production cycles. Unable to adjust their behavior to deal with these mega-icebergs, the penguins and their chicks suffered. So it seems clear that the birds’ ability to adapt to variations in sea ice coverage does have a limit.

In yet a third, but older, study on penguin populations, large icebergs were found to be a problem for another species of penguin: emperors. The arrival in January 2001 in the southwest Ross Sea of two giant icebergs caused whole colonies of the birds to fail.

And as the poles and their oceans continue to warm at an unprecedented rate, more mega-icebergs are bound to happen.

Do you think that climate change will decrease the biodiversity found in Antarctica; or will more species be able to thrive there, thus increasing the continent’s animal and plant life? And, would more biodiversity be a good thing 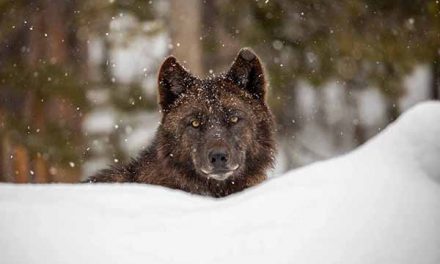 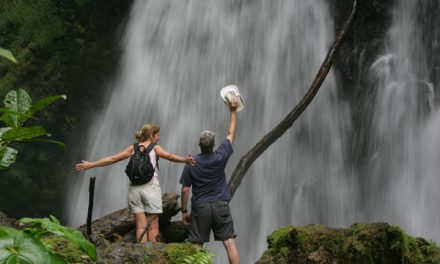 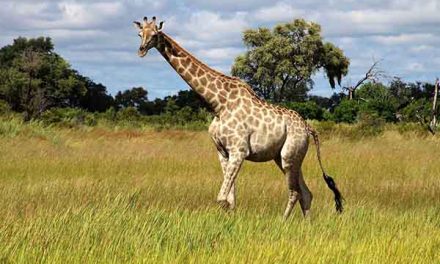 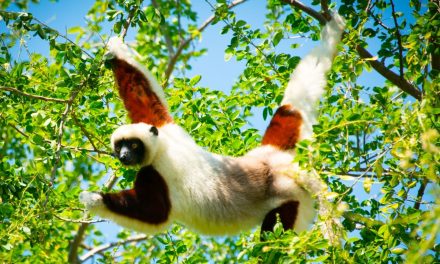