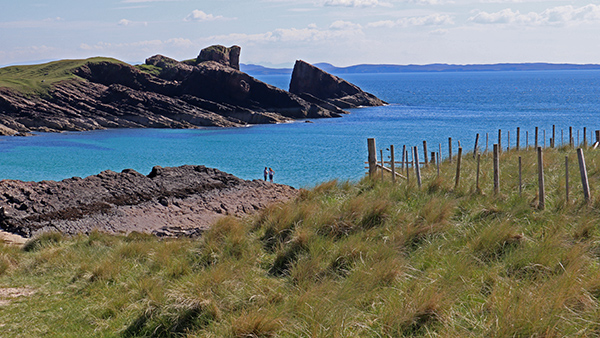 Under Scotland’s right-to-roam law, residents and visitors to Scotland are allowed access to most lands and inland waters, including coastal areas, fields, forests, grasslands, lochs, moorlands, mountains and rivers—providing they act responsibly. The law contributes to a sense of stewardship rather than ownership. ©Candice Gaukel Andrews

There is nothing so beautiful as the wild Highlands of Scotland—with the exception of, perhaps, its feral islands. Scotland has nearly 800 of them, most of which are found in four main groups: Orkney, Shetland, and the Outer and Inner Hebrides. And one of the wildest in the Inner Hebrides is Handa Island.

The name Handa originates from Scottish Gaelic and Norse words, and it means “island at the sandy river.” Now unpopulated by humans, Handa, which is located a few miles north of Scourie, is a natural gem in northwest Scotland.

Handa Island’s human population numbered 65 in 1841, but in 1848 the potato famine forced the inhabitants to leave. Today, happily for nature lovers, the birds have taken over on Handa. ©Candice Gaukel Andrews

Long ago, Handa Island was used as a burial ground. Inhabitants of Eddrachillis, a parish in the county of Sutherland, resorted to burying their dead here in order to foil the wolves that frequently dug up graves. By 1841, 65 people resided on Handa. A potato famine, however, made living on the island no longer possible, and they voluntarily emigrated to Nova Scotia.

Today, Handa is internationally important for seabirds. The hikers who come to see them and the island’s spectacular landscapes. From atop high cliffs, you can admire the island’s offshore sea stacks and colonies of Arctic skuas, fulmars, great skuas, guillemots, puffins, razorbills and red grouse. Dolphins, seals and whales can sometimes be spotted.

Scotland’s largest island is in the Outer Hebrides: Lewis and Harris, which encompasses 841 square miles. Once thought to be two islands when any travel between them was undertaken by boat, we now know that these “islands” are one landmass.

On the Isle of Harris, dark peats are still cut for fuel, small crofts are worked by hand, and raw wool is transformed into Harris Tweed by skilled weavers. Now, the new Isle of Harris Distillery is setting down its roots. ©John T. Andrews

In many ways, though, Lewis and Harris are distinct entities. Lewis is the most northerly and largest “island” of the Outer Hebrides. Its history dates back thousands of years, as evidenced by its ancient stone circles and standing stones. Most of its villages are found near the coasts, especially on the east coast around Stornoway. Moorlands blanket the interior of Lewis, providing a source for peat, which is still used as fuel here. The southern section of Lewis is mountainous. Western Isles culture remains very strong; Scottish Gaelic is the main language, together with English. Traditionally, Outer Hebrideans subsisted on fishing, livestock and weaving, although renewable energy is increasingly becoming a bigger business.

To the south of Lewis is what’s known as the Isle of Harris, also called North Harris. This hardly populated place is the far-flung home of handwoven tweed in colors inspired by Hebridean landscapes. A narrow, winding single-track “Golden Road” meanders through tiny Harris hamlets that have either Scottish Gaelic or Viking names. Along this enchanting path, travelers pass by rocky hillocks that shine in the sun, and lovely lochs and inlets where seals bask on rocks. Harris boasts the highest mountain in the Outer Hebrides: the Clisham at 2,621 feet. In southern Harris, numerous dazzling white-sand beaches call out to you for a paidle—a wade in the turquoise waters.

The precipitous cliffs of the Shiant islands provide nesting sites for seabirds such as guillemots. Some guillemots have clearly defined white “spectacle” markings around the eyes. ©Candice Gaukel Andrews

Five miles southeast of Lewis and Harris are the Shiant Islands. Known as Na h-Eileanan Seunta or Na h-Eileanan Mora in Scottish Gaelic, these “Enchanted Isles” are a privately owned island group in the Minch, the wild stretch of water that separates the Outer Hebrides from Scotland’s mainland.

Multiple landlords have held the Shiants over the course of 1,200 years, from Vikings to author Sir Compton Mackenzie and beyond. And while they may be empty of people now, the islands were continuously inhabited until the start of the 20th century.

Large and predominantly black in color, the cormorant has an almost primitive appearance, with a long, reptilian-looking neck. The birds are experts at fishing. ©John T. Andrews

Although they are privately owned, the Shiants aren’t off limits to you. This is largely because of Scotland’s right-to-roam laws, but it’s also reflective of the owner’s attitudes. Adam Nicolson, who owned the Shiants before passing them on to his son, writes in his book Sea Room: An Island Life in the Hebrides that “Land—particularly land that is out on the edge of things, and particularly land that is a rich concentration of the marvels of the natural world—is to be shared.”

And as Nicolson does, you will want to share the Shiants. You’ll want to take temporarily joint ownership of them in conjunction with tens of thousands of Atlantic puffins breeding in burrows on the slopes of Garbh Eilean, one of the Shiant Isles at the south end of the Minch, as well as hundreds of thousands of black-legged kittiwakes, common shags, great skuas, guillemots, gulls, northern fulmars, puffins and razorbills that have a fondness for the precipitous, neck-craning, black-basalt cliffs that soar to 500 feet.

Harbor porpoises are the only species of porpoise found in Scotland. They tend to be seen alone or in small groups. They are widespread, but, sadly, their numbers are in decline. ©John T. Andrews

In the Shiants, under the reeling clouds of birds, seals lounge on rocky outcrops. Balancing nearby are cormorants, their wings outstretched. Basking and blue sharks, dolphins, porpoises and minke whales swim in the cool waters.

Adding to this magic of the Shiants are its myths and traditional stories. The menacing Blue Men of the Minch are said to live in underwater caves in the Sound of the Shiants. These mermen prey on sailors and test them with tricky questions.

Now, take a moment to exercise your right to roam in Scotland. Wander through the Scotland’s Wild Islands photos below, and transform those smudgy marks on watery Scottish horizons to the bird-brimming, breathing backdrops for history, legends and wildlife that they are.

Hikers on Handa walk the gamut from fine, sandy beaches at the island’s southern end to the mighty cliffs and Great Stack at the northern. ©John T. Andrews

Razorbills only come ashore once a year during the breeding season, spending the rest of their lives at sea. ©John T. Andrews

The Eilean Glas Lighthouse stands on the island of Scalpay in the Outer Hebrides. The original lighthouse, built in 1788, was the first in the Hebrides, while the current red-and-white-striped tower dates back to 1824. ©Candice Gaukel Andrews

During takeoff, cormorants do not “run” by putting one foot in front of the other. They “hop” by hitting the water with both feet, launching themselves forward, pumping their wings downward and pulling—eventually becoming fully airborne. ©Candice Gaukel Andrews

There are about 83,000 harbor seals in Europe. Approximately 35 percent of this population is found in the United Kingdom, and 83 percent of these are in Scottish waters. ©John T. Andrews 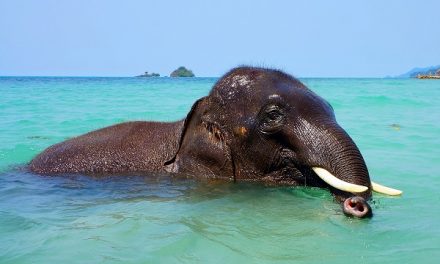 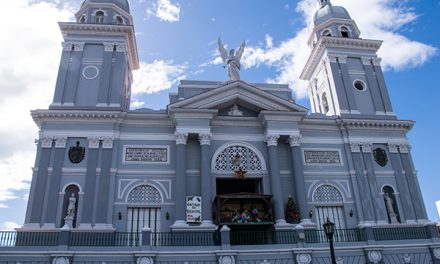 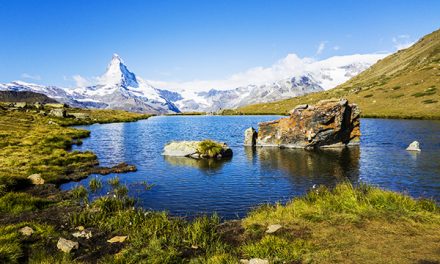 Where to See the Most Beautiful Places in Switzerland 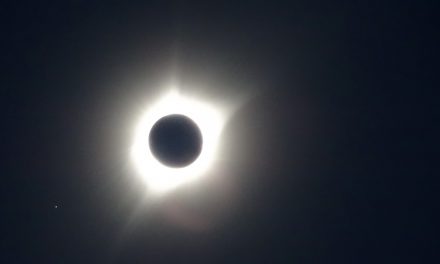