In a recent study, researchers asked children to make pictures of their “happy places” so that they would have the chance to communicate ideas that are not easily expressed in words.

When children were recently asked to draw their “happy places,” more than half of them created drawings that included aspects of nature and outdoor spaces, such as gardens, grass, lakes, outdoor playgrounds, parks, rainbows, rivers, sunlight or trees. Trees, in particular, were drawn by a third of the children. That’s significant, considering that, in previous studies, when children were asked about what constitutes their happiness—defined as a perception of well-being—nature was rarely mentioned.

Interestingly, though, this study, which was published in the journal Child Indicators Research in March 2021, showed that these elements of nature mainly existed in the background of the drawings. Other facets of being happy, such as the need for love, positive relationships with family and friends, and a sense of safety, were more explicit in the pictures.

So while it seems that nature and open spaces figure in these children’s considerations of well-being, why are the natural elements rarely the focus of the artworks?

The answer proves to be even more intriguing. 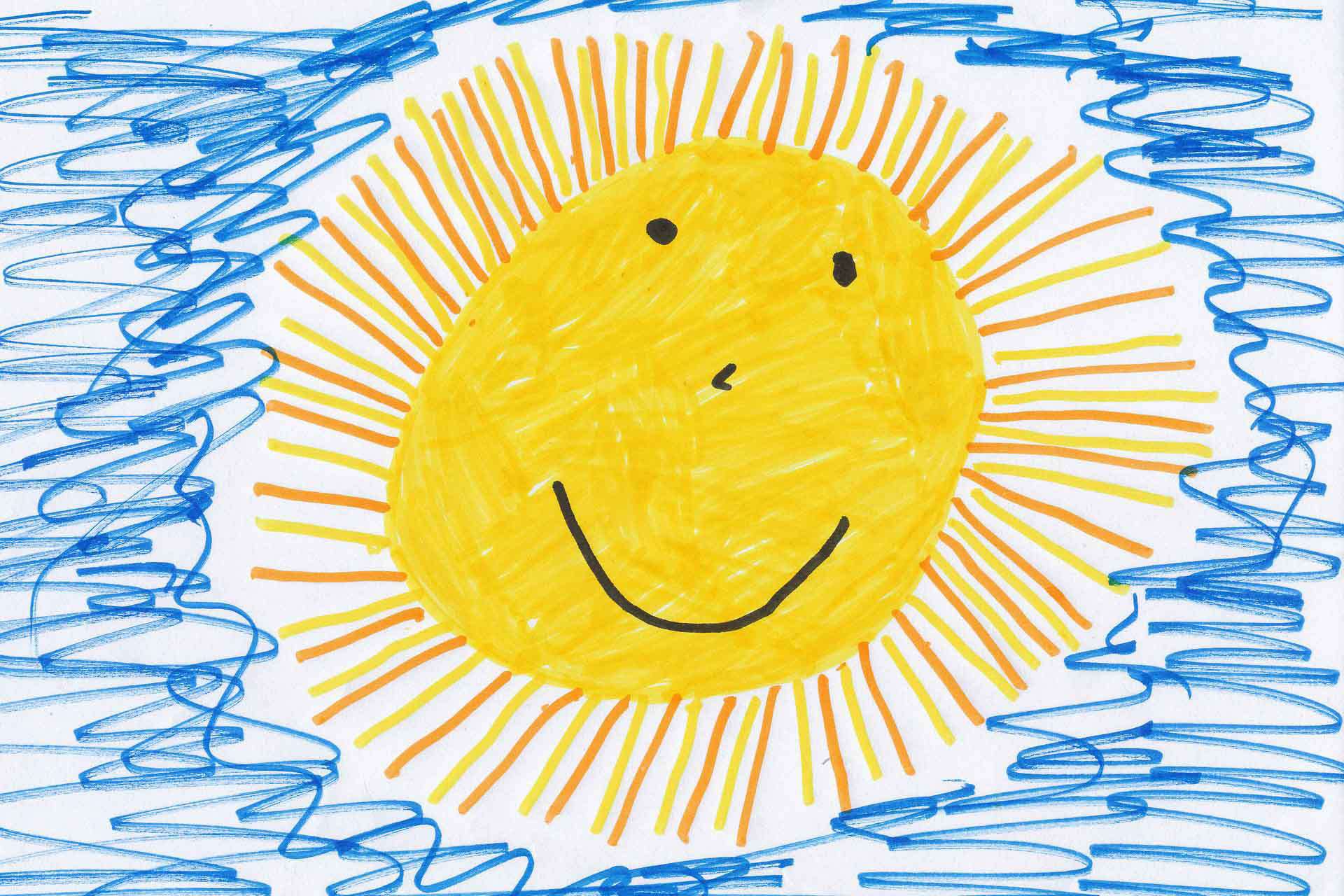 More than half of the children who were asked to draw their “happy places” used elements of nature in their creations, such as grass, parks, rainbows, rivers or sunlight.

The definition of well-being becomes a bit more complex when it refers to children. In the past, the assessment of a child’s happiness as expressed by a sense of well-being was made by adults (parents or teachers). However, in recent years, research exploring children’s perceptions has evolved to incorporate an increasing acknowledgment of children’s substantial insights into their own feelings.

Findings from earlier studies that have investigated children’s perspectives suggest that indicators of well-being fall under the following categories: relationships with family and friends; school and local environments (or social environments); emotional, material and physical well-being; and self-perception. Since former studies commonly used open-ended questions within interviews and focus groups, it is thought that well-being aspects related to nature and the arts may not have been commonly articulated by young people, who often communicate different things verbally and nonverbally.

Expressing oneself in ways other than words

A growing body of research shows how children’s well-being is adversely affected by the lack of access to natural, outdoor spaces; in particular, for youngsters living in areas of low socioeconomic standing. So, for this study, scientists from Anglia Ruskin University (ARU) in Cambridge, England, asked 91 children aged seven and eight from two primary schools in areas of relatively high deprivation in the east of England to draw their “happy places.”

Most of the previous research on well-being has focused on adults. But children’s perspectives often differ significantly from those of grown-ups. ©Philippe Put, flickr

The researchers had the children make pictures so they would have the opportunity to express themselves in ways that go beyond verbal language and to help them to communicate ideas that are not easily connected to words. Considering that children aged seven to eight may have limited vocabulary and verbal skills to describe such complex concepts, this was particularly important.

Initially, the children were invited to close their eyes and envision a place where they felt happy; either a real place they had visited in the past or an imaginary spot. They were encouraged to use their senses to imagine how the location feels, looks, sounds and smells. The ARU scientists avoided using examples to ensure that the children were not influenced by the researchers’ ideas. Children were then asked to open their eyes and draw those places. To reduce the potential power imbalance, the adults did the same activities as the children; they drew their own happy and favorite places. Advanced drawing skills and techniques were avoided in an effort to help children focus on their own thoughts rather than on their artistic skills. The children were frequently reminded that there were no right or wrong answers and that they should not be concerned about handwriting or spelling should they decide to use words. 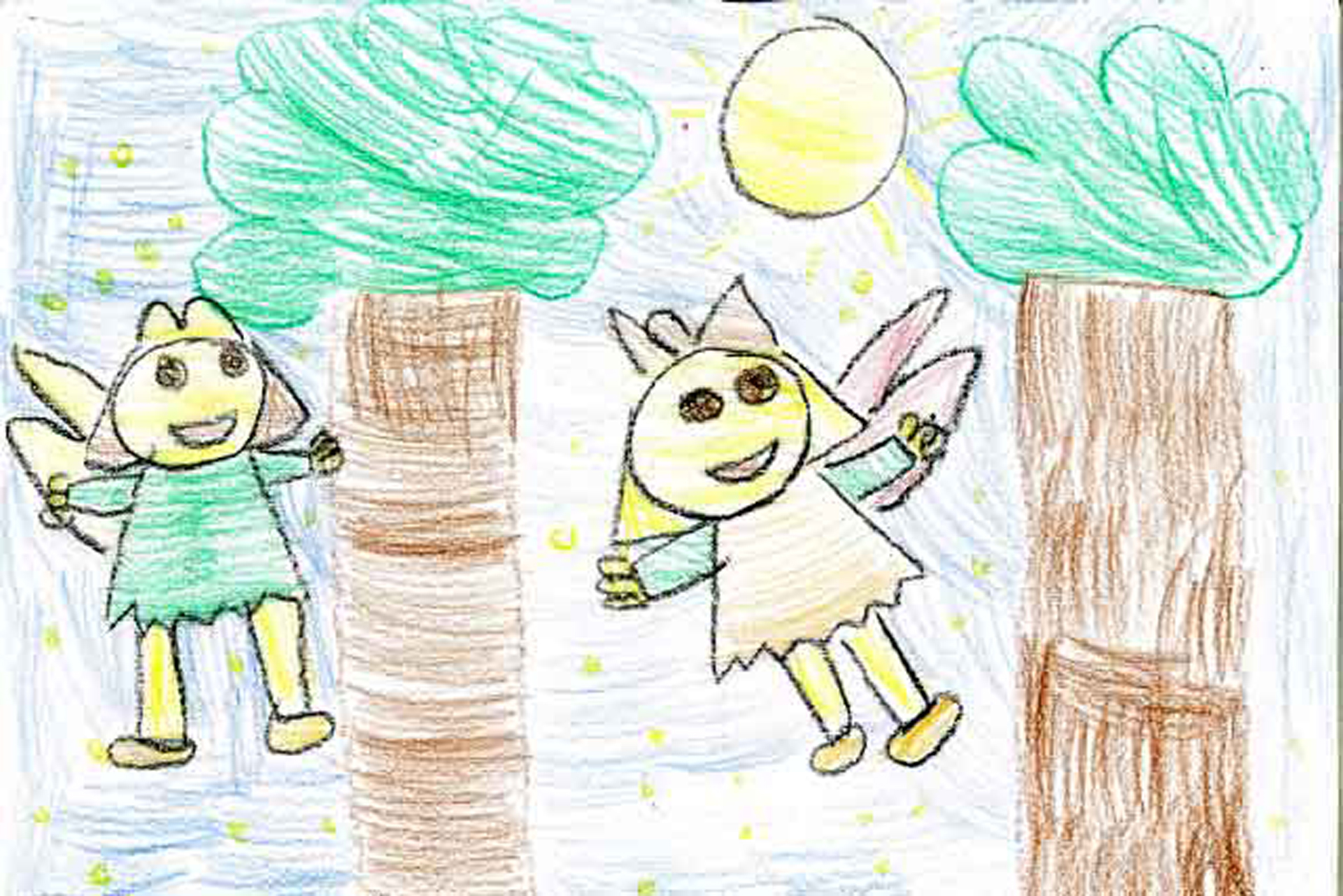 Trees appeared to have a special meaning for the children, as one in three included a tree when drawing his or her favorite place. ©Richard Kelly, flickr

After the drawing exercise, the children were divided into groups of four to five and participated in discussions about how they perceive their own well-being, what it means to them and what they consider important for it. Two artists, two researchers and two teachers were present in each group. A subsequent whole-class discussion offered children the chance to share thoughts and ideas more widely.

“Drawing out” a sense of well-being

More than half of the children, 56 of them, created a drawing with figures of nature and outdoor spaces. Only 17 out of these 56 elaborated verbally or in written text that access to nature and outdoor spaces gives them opportunities for creativity, enjoyment and physical activity. They used phrases such as “we can be adventurous” and “we can create things.” Children fondly discussed relaxing in spaces where they can “see and smell the blossoms and the flowers,” “look at the blue sky” or “see the rivers that make nice sounds.”

Trees appeared to have a special meaning, as one in three children drew a tree in his or her happy place. As they mentioned: “trees give us oxygen,” “trees give us shelter,” “when it rains, we go under the trees,” and “we need 20 million trees!” They also expressed a sense of responsibility towards nature, saying that “we need to plant and feed more trees, plants and flowers” in order to “protect our environment.” 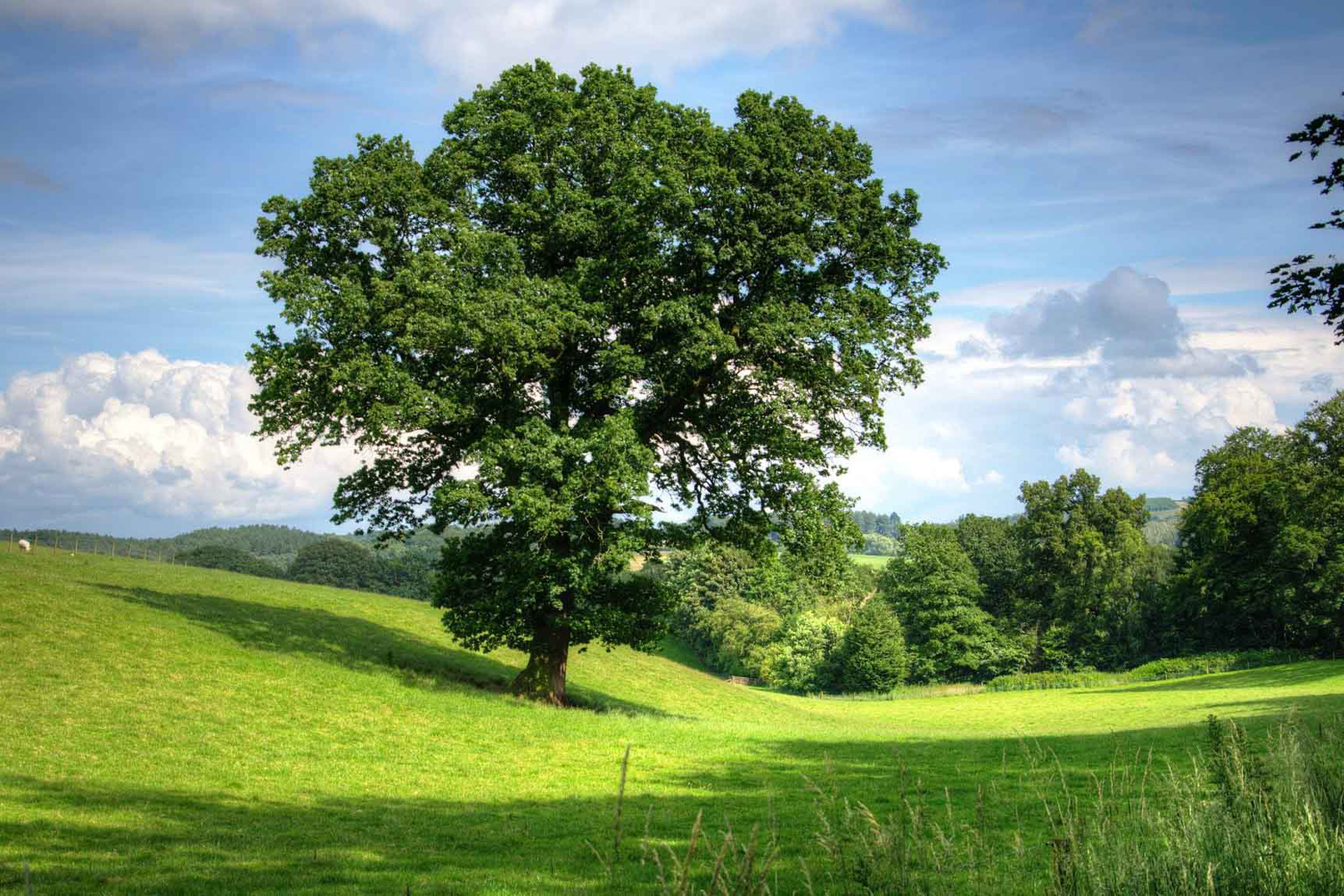 The children mentioned that “trees give us oxygen,” “trees give us shelter,” “when it rains, we go under the trees,” “we need to plant and feed more trees, plants and flowers” and “we need 20 million trees!”

Regarding the five things that the children would rather keep out of their happy places, they mainly referred to cheating, fighting, rudeness, shouting, violence and killing (not only people but also animals and trees). They also expressed their desire to keep away “people who look scary,” bad luck, bad moods, bad spirits and bad weather. Fourteen of the children specifically mentioned the coronavirus.

Notably, the representations of nature that the children drew predominantly existed in the backgrounds of the drawings and were rarely the main focus of either the artworks or children’s verbal and written expressions. This led the researchers to consider the possibility that being connected to nature is often an implicit sense; one that is, therefore, not usually articulated.

This might explain why the children who participated in previous psychological studies of well-being did not specifically mention nature when they were asked to write or talk about what makes them happy. Moreover, it could be that children are taking for granted the presence of nature within their happy places. It is also possible that drawing elicits elements of well-being that are deep-seated, drawing out, so to speak, these more subconscious elements of well-being. 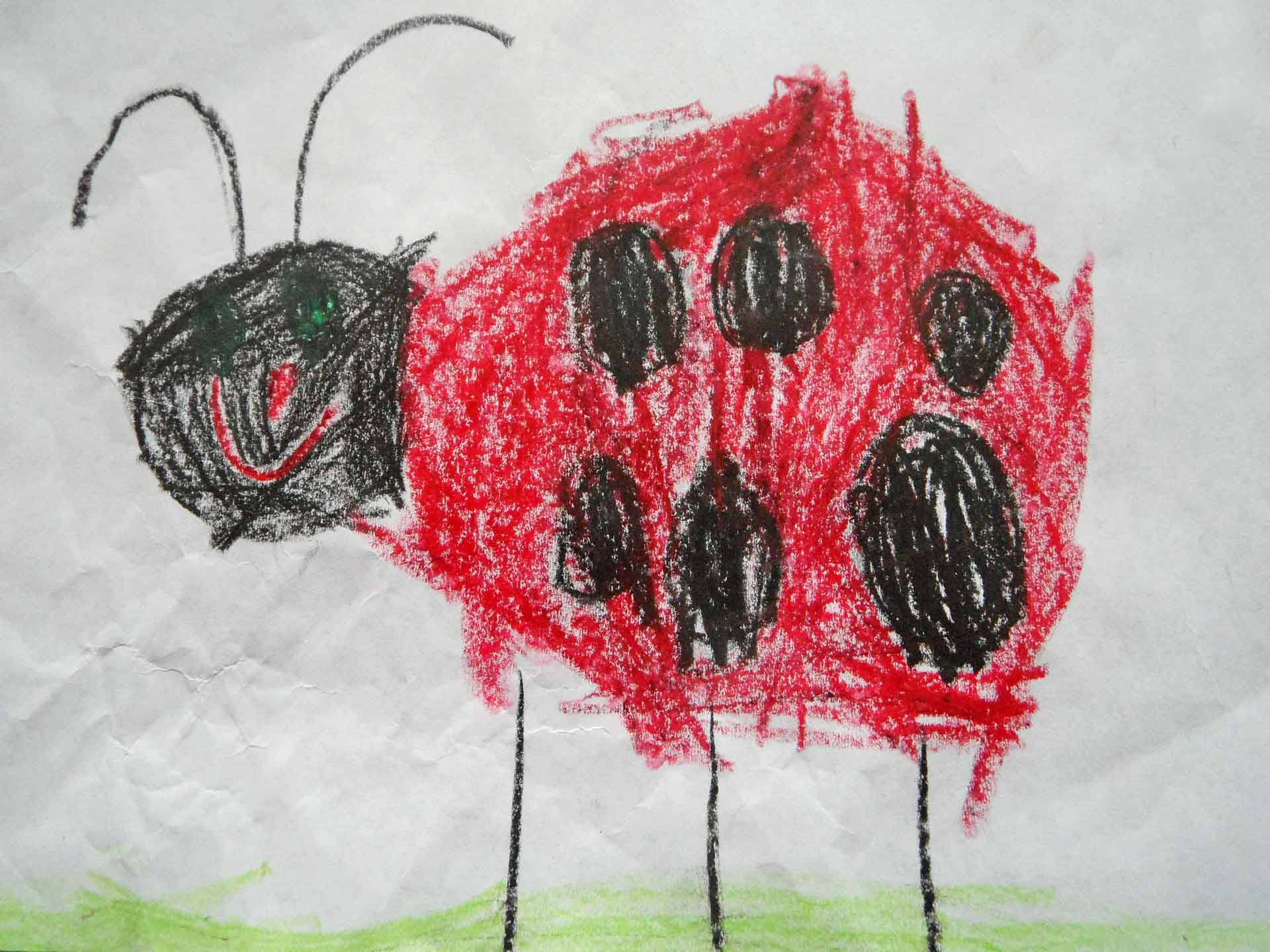 By continuing to make sure that all children have access to nature and outdoor spaces, we can help improve their sense of well-being now and their health long into the future.

For the children for whom nature is not foregrounded in their drawings but is present in some form or other, there is a concern that if the connections between nature and well-being remain only implicit, it may be less likely that they will get involved in the future in conscious efforts to protect and sustain the environment.

The hope is that by giving children continuous exposure to nature and outdoor spaces alongside their classmates, family members, teachers and artist mentors, we can help shape a space where arts and nature meet for our young people, improving their well-being now and their health long into adulthood. 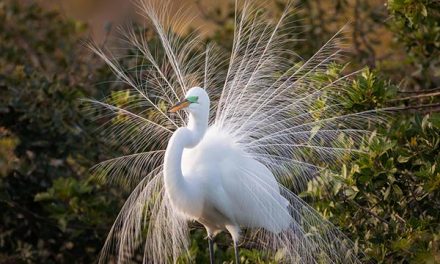 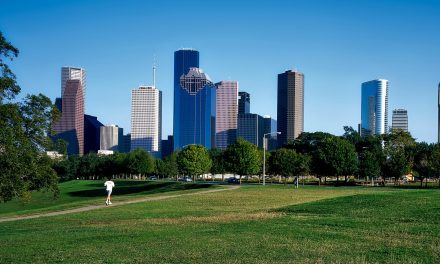 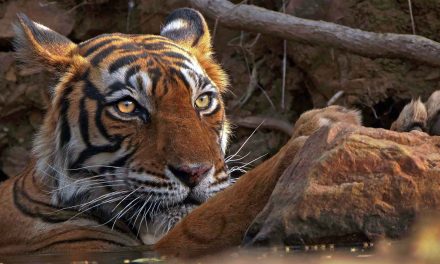