Could a bit of wanderlust benefit a giant panda? Scientists think it just might. ©Soren Wolf, flickr

As you travelers know, a sense of wanderlust can be highly beneficial for your personal growth and well-being. It can challenge your long-held assumptions, help you become more adaptable to the vicissitudes of daily life, provide an opportunity to meet new friends and cause you to be even more adventurous down the road.

It turns out that wanderlust can be good for others in the animal kingdom, as well. A new study shows that for giant pandas, sometimes home sweet home can be a little too blissful. And, surprisingly, easing conservation standards a tiny bit just might have benefits for both the bears and people.

However, the thought of encouraging an animal listed as vulnerable to move out into the wide, wild world can be a bit scary. But science is giving us another good reason to embolden pandas: state-of-the art image analysis techniques demonstrate—counterintuitively—that a panda’s unique colorings work as a disguise.

Most animals in the wild are colored in earthy browns and greys, helping to camouflage them in their natural environments.

While most wild animals are colored in earthy browns and greys, there are a small number of well-known and intriguing exceptions, such as orcas, skunks and zebras. But perhaps the most famous of all—and the animal featured in World Wildlife Fund’s logo—is the giant panda. And now, researchers have found that the high-contrast pattern of giant pandas helps them blend in with their natural environment.

Recently, researchers from England’s University of Bristol, the Chinese Academy of Sciences in Beijing and Finland’s University of Jyvaskyla analyzed rare photographs of giant pandas, taken in the wild. They discovered that the pandas’ black patches of fur blend in with dark shades and tree trunks, and their white fur patches match foliage and snow when present. Also, their infrequent, pale-brown tones match the color of the ground, providing an intermediate hue that bridges the gap between the very dark and the very light visual elements in their natural habitat. The results are consistent whether viewed by human, canine or feline vision models (the last two represent panda predators).

The scientists then examined a second form of camouflage: disruptive coloration, in which highly visible boundaries on the surface of an animal break up its outline; or, in the panda’s case, the borders between the large, black-and-white patches of fur. They found that giant pandas show this form of defensive coloration especially at longer viewing distances.

One intriguing exception to the more common brown and grey colors of wild animals is zebras, which sport stunning black-and-white patterns. ©Gene Hollander

Finally, the researchers utilized a novel, color-map technique to compare a similarity-to-background metric across a variety of species, including the giant panda. It confirmed that the background resemblance of the giant panda fell solidly within that of other species that are traditionally considered well camouflaged.

Publishing their results in the journal Scientific Reports, the researchers said they knew they were onto something when their Chinese colleagues sent them photographs of giant pandas in the wild, and they couldn’t find the animals in the pictures. If they couldn’t see the pandas with their good primate eyes, they reasoned, that meant that would-be, carnivorous predators with poorer eyesight might not be able to see them, either.

To us, giant pandas appear conspicuous because of short viewing distances and odd backgrounds: when we see them, either in photographs or at the zoo, it is almost always at close range and often against a backdrop that doesn’t reflect their natural habitat. From a more realistic predator’s perspective, the giant panda is actually rather well hidden, totally busting the myth of giant pandas being overtly visible in the wild.

A giant panda’s black patches of fur blend in with dark shades and tree trunks. Their pale-brown tones match the color of the ground. ©angela n., flickr

That camouflage will come in handy, because it seems that pandas are going to need a little push to become more adventurous, and such a disguise will help them navigate a wider world.

In the ongoing quest to understand what makes a good wildlife habitat, surprising new research shows that there may be “too much of a good thing” when it comes to pinpointing optimal conditions. Embracing a somewhat reduced standard could help conservation managers do a better job of identifying and caring for suitable habitats.

Research by Michigan State University scientists show that an animal—in this case a giant panda—should be happy enough to thrive in an environment, but not so content that he or she doesn’t want to move around and find new mates.

Giant pandas shouldn’t get too comfortable in an environment; they need to feel the urge to move around and find new mates. ©Brad Josephs

Across the world, scientists have worried about habitat fragmentation and loss, which can leave animals isolated, with depleting resources, with an unavailability of new mates and with inbreeding. Lots of things can break up suitable wildlife habitats: humans building roads or developing properties; wildfires burning forests; or in the case of pandas, natural cycles resulting in bamboo flowering and die-off events. When a bamboo flowers gregariously, it expends a tremendous amount of energy producing flowers and seeds. The mass flowering stresses the bamboo to such an extent that it will die. Since a bamboo forest typically grows from a single bamboo, bamboo death takes place in a wide area.

Climate change can disrupt habitats too, with previously suitable habitat conditions changing to unsuitable due to changing temperature and precipitation patterns.

Having ways for wildlife to get from one patch of habitat to another help can solve the problem. But there is a hitch. According to a paper published in the journal Conservation Biology in September 2021, there’s a balance when it comes to how happy an animal can be.

Wildlife corridors, such as this one in Karawatha Forest Park in Brisbane, Australia, are one way to link otherwise isolated wildlife populations. ©Brisbane City Council, flickr

There seems to be a level at which a slice of panda habitat is so nice that the panda doesn’t have a reason to seek another. The Michigan State University scientists found that maximum gene flow in panda populations was found not when the entire landscape was considered habitable, but when about 80 percent of it was.

The research has even broader implications: it provides hope for balancing the need for ecological sustainability with human well-being. It shows that it’s not necessary to have 100 percent of an area marked as panda habitat to be suitable; in fact, pandas benefit from some unsuitable habitat across the landscape. We can effectively manage panda populations by conserving and restoring habitat to intermediate levels, allowing both pandas and humans to thrive across a natural system.

In other words, we don’t have to create perfect habitat to keep protecting pandas.

The giant panda’s singular characteristics—such as relying almost solely on bamboo to eat—mean that the study on suitable natural habitats for wildlife likely has even more relevance for other species. ©Kathleen Franklin, flickr

The pandas’ famous habitat pickiness—their singular reliance on bamboo to eat, their shyness that drives them away from human disturbances, and their preferences for shallow slopes and cooler temperatures—means that this study likely has even more relevance for other species.

Wanderlust is a common desire, but not everyone experiences it. In fact, some scientists have come up with a theory that there could be a wanderlust gene. But whether a particular panda has the requisite biology or not, a little bit of the “urge for going” could help them—and us—navigate into a better future. 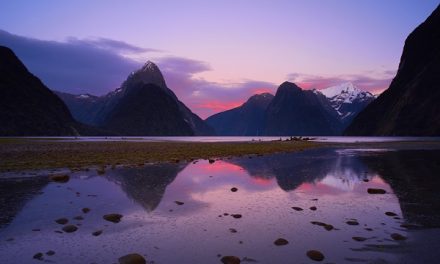 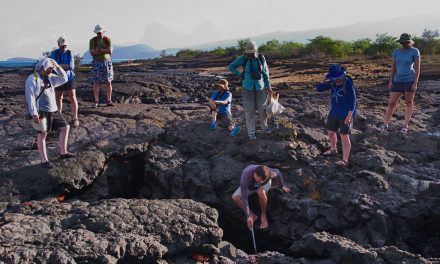 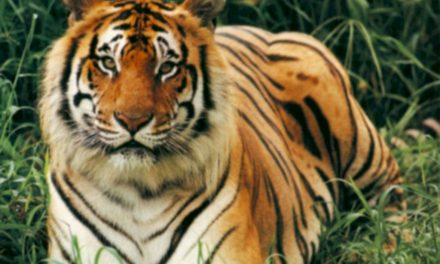 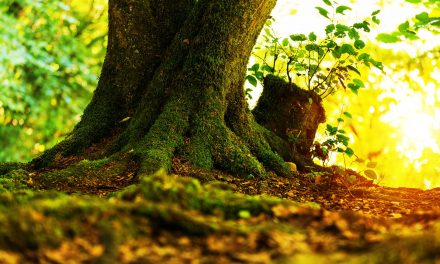