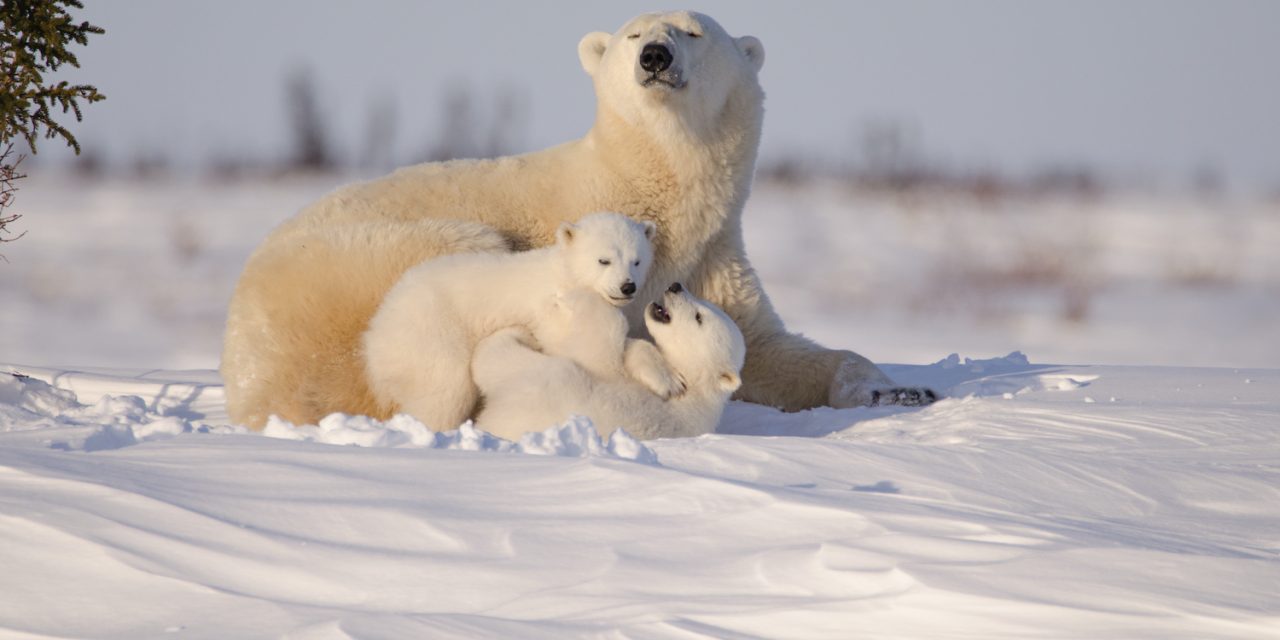 Polar bears rely heavily on their highly developed sense of smell to hunt ringed seals. This marine mammal locates its prey from as far away as 20 miles, using its olfactory system as a guide before swooping down and scooping up unsuspecting seals.

Nat Hab’s Classic Polar Bear Adventure explores the area around Churchill, Manitoba, during our seven-day trip in search of the polar bears that call the subarctic wilds home. Churchill is one of the southernmost outposts for polar bears; hundreds gather here between October and November before the ice freezes.

Our Expedition Leaders work together with local experts and are adept at spotting these curious creatures up close and at a distance. Nat Hab guides are well-versed in the characteristic behaviors of the bears and the very real conservation challenges at work in the region.

Polar bears can be spotted sparring on two legs and wrestling in the tundra close to our Polar Rovers, sniffing out the vehicles during their daily rounds. We look for bears at all times of day: in the morning and afternoon, and on Polar Rover night excursions, with dinner on the go while in pursuit.

The polar bears that congregate in Churchill trek 800 to 900 miles each year. After traversing along the coast of Hudson Bay to the small town of Churchill in autumn, they head out onto the ice once the Hudson Bay freezes to hunt until the ice melts in the spring.

The world’s 19 polar bear populations collectively number between 22,000 and 31,000 strong. Roughly two-thirds of the global population live along the Canadian coastline, with 13 of the 19 polar bear groups represented in the country.

Global warming is an immediate threat to Churchill’s polar bears. They depend on a constantly shrinking ice pack for sustenance and struggle to find new hunting grounds on land.

Researchers note that fewer bears have been gathering before the ice forms each year in Churchill. The bears that come are smaller in size and underweight, sparking a growing concern about the polar bear population size and the health of young cubs. Seeing these great white bears in the wild brings the issue of climate change closer to home.

In the summer, Churchill’s polar bears live in and around Wapusk National Park, south of town. Just over 4,400 square miles, the park is a refuge for pregnant bears. Maternity dens pop up on the peatlands of this protected area, one of the largest of its kind in the world.

Twin cubs arrive blind at birth and stay close to their mother until they are two years old. Mother bears teach their cubs hunting skills and how to swim. Young cubs ride piggyback through arctic waters until finding their own rhythm in the sea.

Mothers and cubs form a strong bond, often seen in pairs during the fall before the coming winter migration.

Each year, the ice melts earlier and freezes later, changing normal bear migration patterns and putting a face to the ever-present threat of global warming.

After spending the summer season on land, polar bears need to replenish their fat supply to regain their strength. Travelers can see polar bears resting in the sunshine on the shores of the bay, their white silhouettes standing out against the tundra in the background.

This emblematic species is a symbol of the Arctic as a whole. The bears’ story mimics that of other creatures caught off-guard by a global rise in the ocean’s temperature. Polar bears are resilient, finding their way forward in a world that’s always shrinking.

All the while, the King of the Arctic’s hunting skills stops at the water’s edge, as seals out swim polar bears in the expansive open sea. Natural Habitat Adventures works closely with the experts at World Wildlife Fund to help in the fight for the bears’ survival. WWF’s projects in and around Churchill involve monitoring polar bears and working together with local communities to protect these animals.

While on the ice, polar bears use their sense of smell to find mates and avoid danger. Each bear leaves a distinct scent behind for others to pick up while traveling across the 474,900-square-mile Hudson Bay icepack. Scientists discovered that the individual scents come from glands in the giants’ paws, marking a clear path while there is ice to follow it on.

The polar bears’ sense of smell acts as a compass both above and below the frozen water—they sniff out seal dens under the ice and track individuals on land with great prowess.

Skillful hunters, polar bears wait in stillness next to seal breathing holes. They smell their prey’s breath, prompting a swift attack from a hidden spot nearby.

By traveling crosswind, bears learn what’s ahead by using the air currents, homing in on seals and tracking wolves, Arctic foxes and hares that cross their path.

Global warming is causing faster winds along the Hudson Bay, making it harder for bears to pick up and track scents. Scientists also worry that the bears will lose the scent of potential mates on the ice because of it breaking up due to rising ocean temperatures.

The polar bear’s ability to swim is helping to stem the tide when it comes to adapting to a warmer climate. With more open water between ice flows, bears swim up to 30 miles at a time to reach land.

In 2011, a new record was set for the longest sea journey by a polar bear when a female bear swam for nine days straight and covered 426 miles.

Scientists study the long-distance swimming escapades of polar bears with great interest. The popular thinking is that this is a new behavior due to global warming. In the past, there wasn’t a need to swim between landmasses. 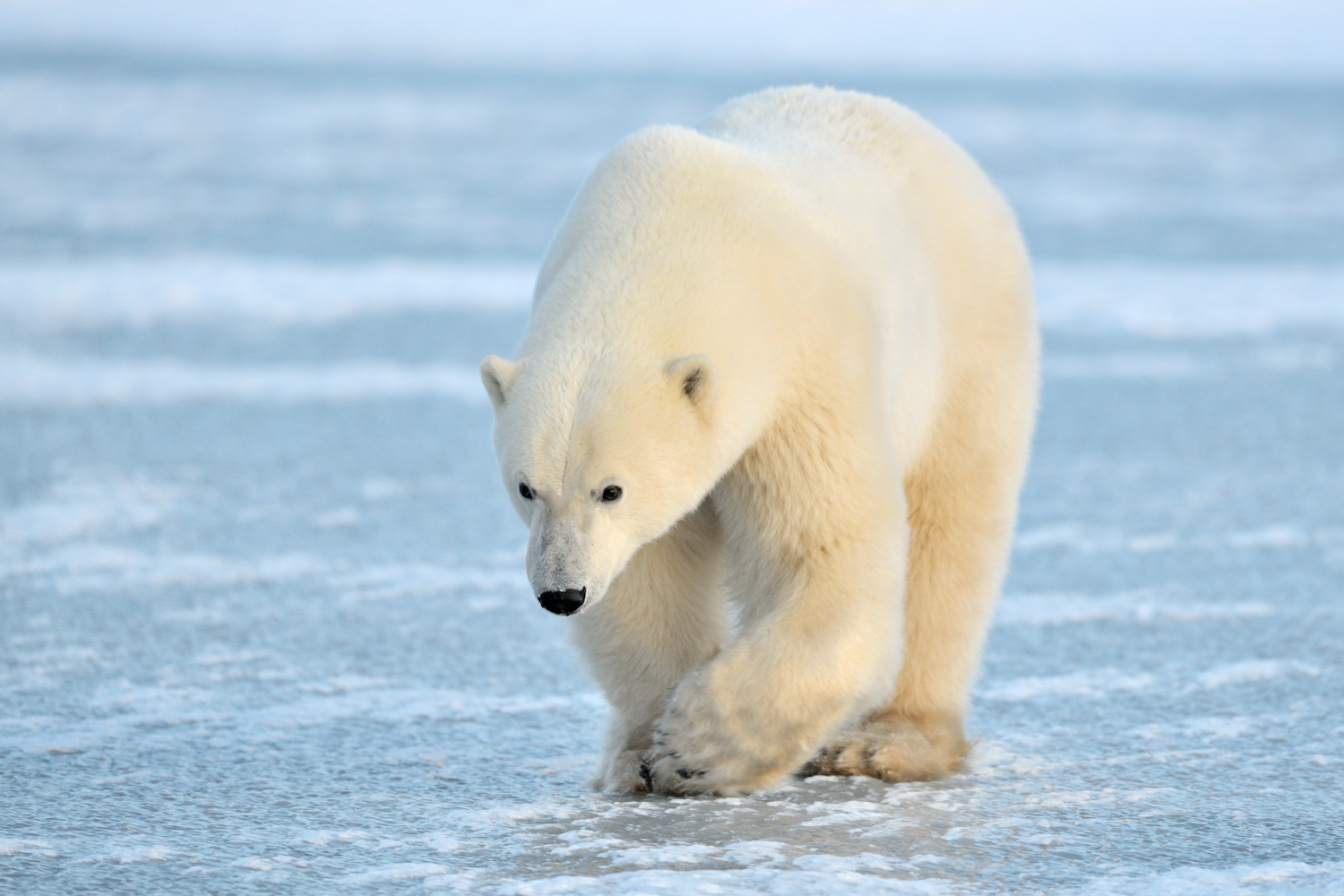 On land, polar bears sprint for short distances at speeds up to 25 mph. In the water, they average about 6 mph, propelling themselves forward with their massive paws.

Their two layers of fur act as insulation at sea but also slow them down when running on land, as they risk overheating. More often than not, they roam at a pace of about 3 mph or less. 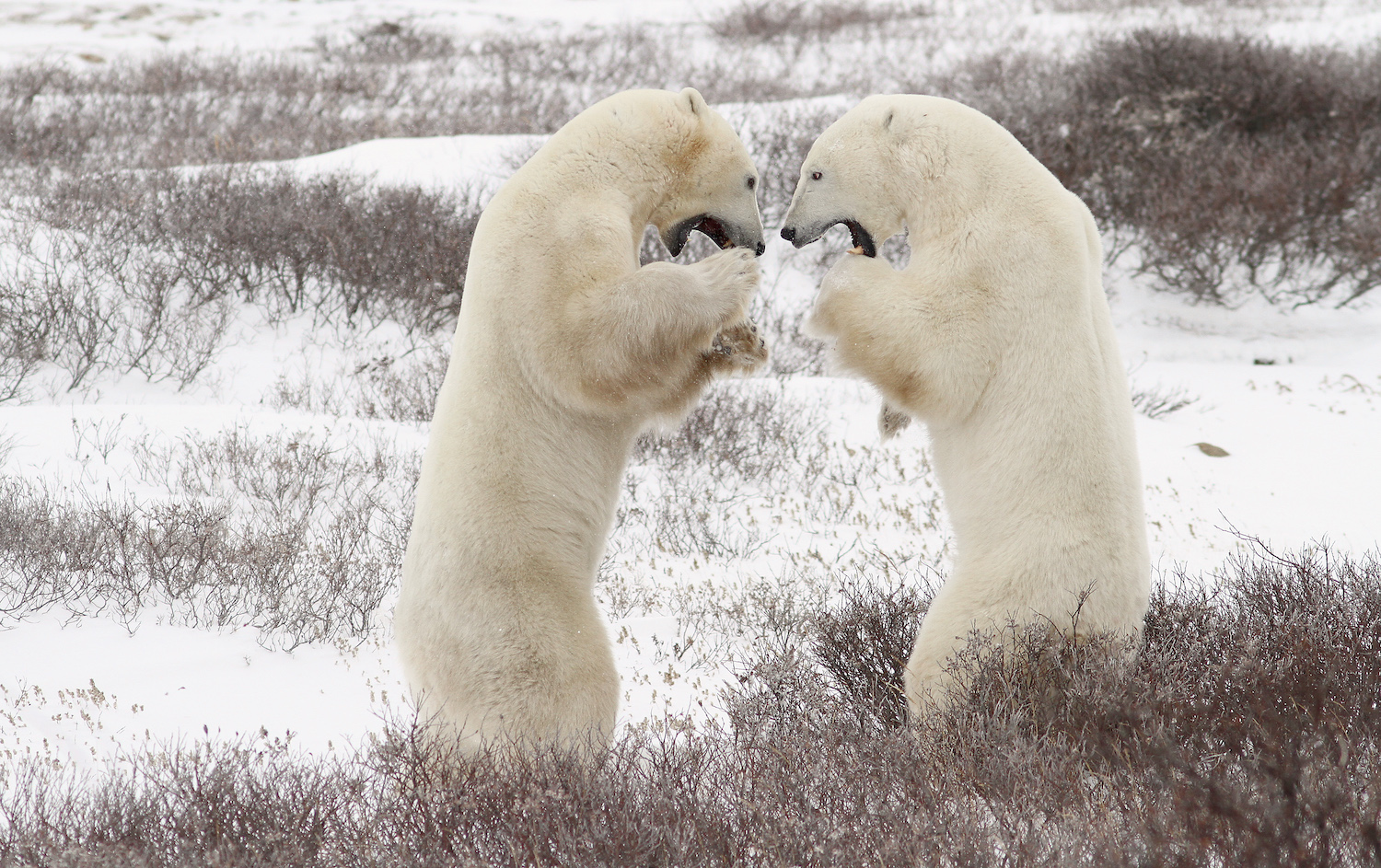 Opportunities to photograph polar bears in the wild abound on a trip to Churchill with Nat Hab. For those who want a bird’s eye view, helicopter rides over the polar bears’ habitat show the width and breadth of the bay’s shoreline.

From the sky, the differences between the arctic waters and the tundra become clear. Boreal forests complete the picture, with animals on land and in the sea making surprise appearances during time in-flight.

For those interested in learning from an expert, Nat Hab’s Classic Polar Bear Photo Adventure gives you the best of both worlds. An accomplished photographer and Expedition Leader is on hand for pro tips gleaned from years of experience in the field. 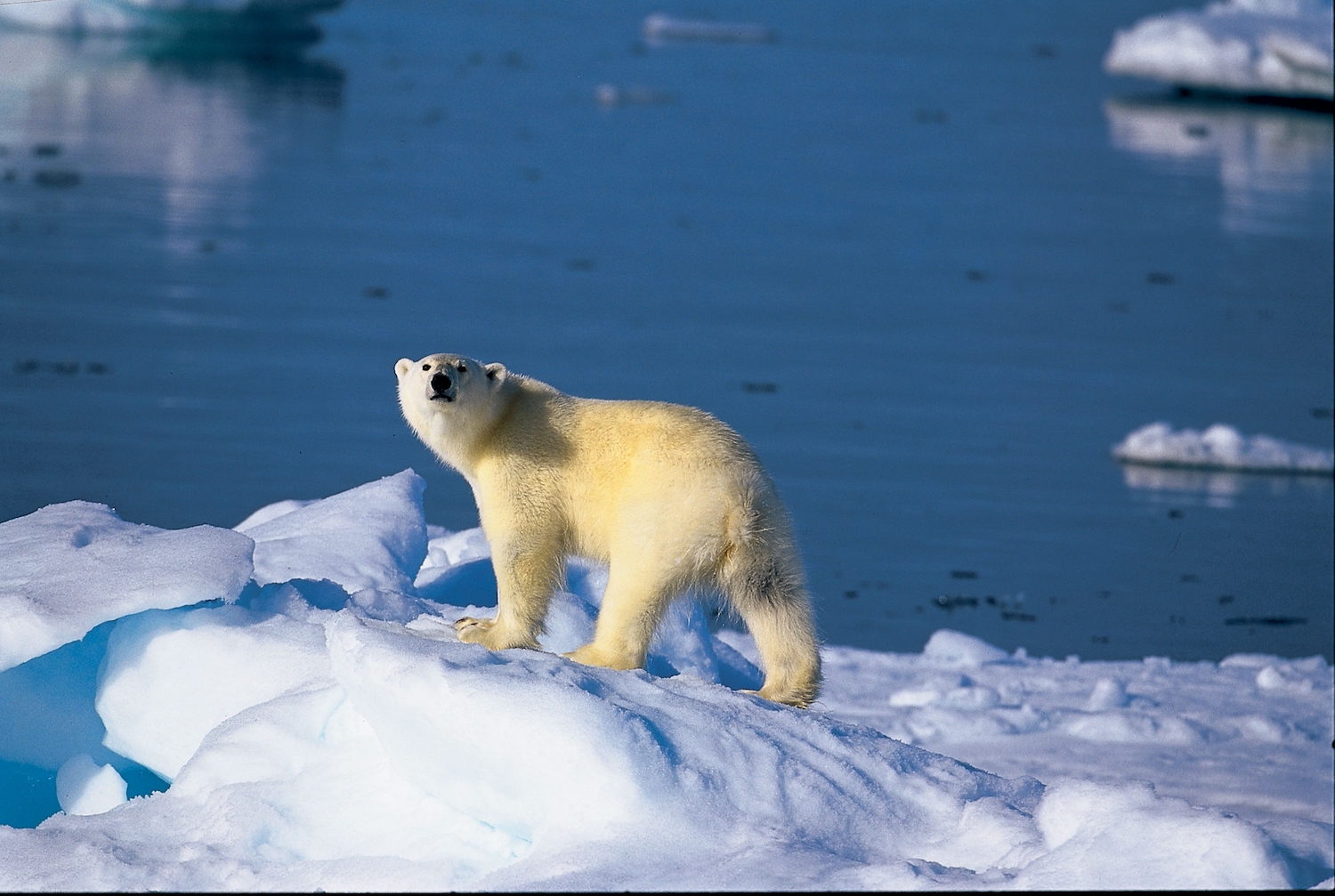 The town of Churchill and the Native people who live around Hudson Bay are tied to the health of both the polar bears and the arctic ecosystem. WWF works with the town toward navigating human-bear conflict as more bears show up in search of food. Stronger fences, bear-proof food containers and polar bear patrols have made a difference.

Nat Hab supports several conservation efforts in Churchill, including helping fund a hydroponic vegetable garden started at a repurposed rocket range on the outskirts of town. Small in size, the garden makes a huge difference, as the town hasn’t had a steady source of local produce in the past. Nat Hab also offsets its contribution to global warming by investing the equivalent of each traveler’s carbon footprint to sustainable projects across the globe.

Inuit folklore says that long ago, animals could speak, had their own dialect and were apt to take on human forms. Today, polar bears appear on the front lines of climate change, speaking in a new way to adventurous travelers that venture away from the beaten path.

The largest of all carnivores on land, polar bears continue to awe those who cross paths with this magnificent mammal—giving travelers pause when thinking about the future of these majestic creatures. 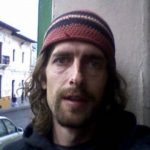 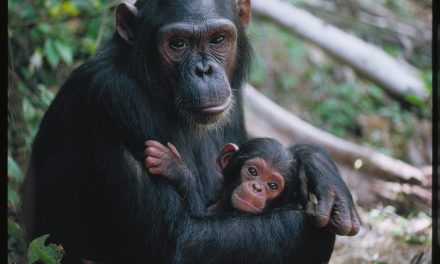 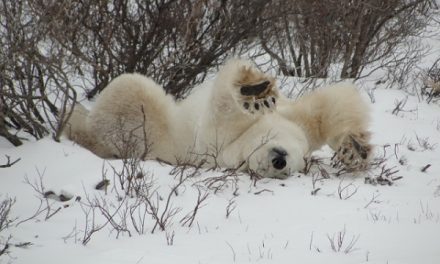 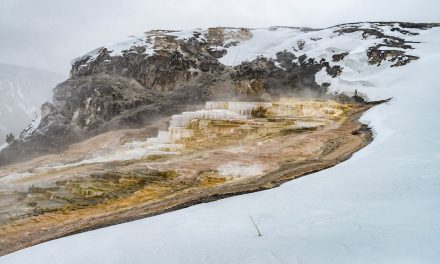 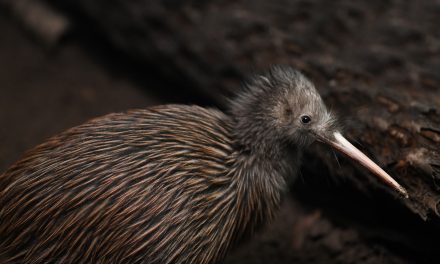