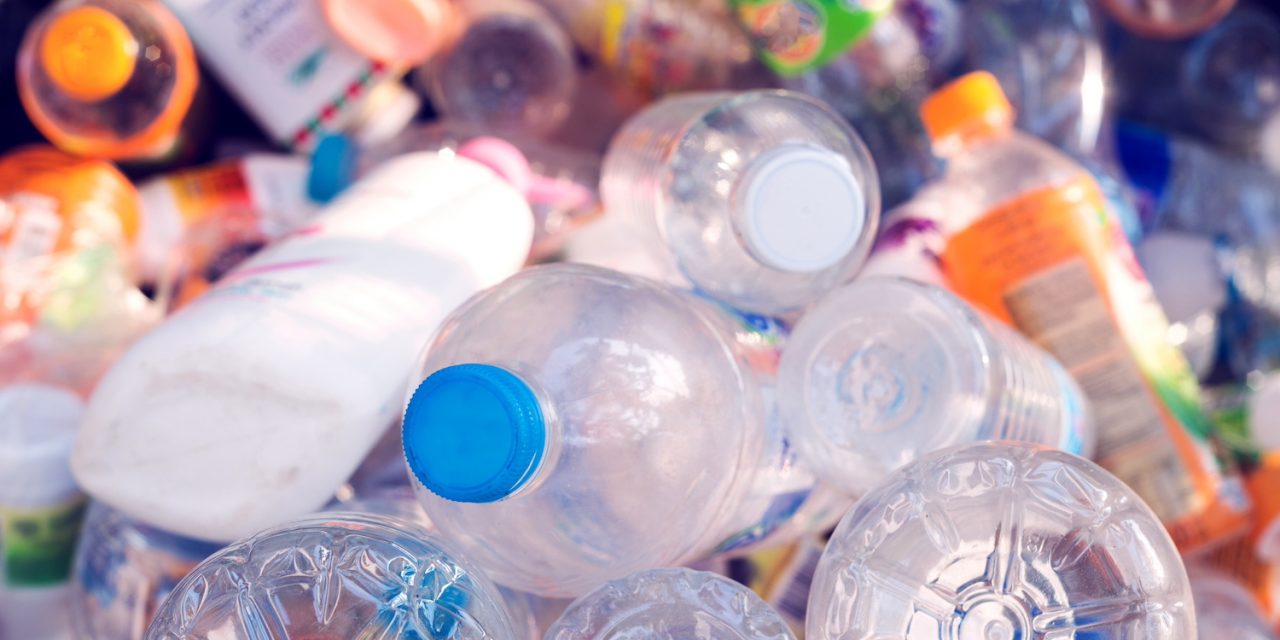 According to the 2019 report, Plastic & Climate: The Hidden Costs of a Plastic Planet, published by the Center for Environmental Law (CIEL), the production and incineration of plastic will add more than 850 million metric tons of greenhouse gases to the atmosphere, threatening the ability of the global community to meet carbon emissions targets. By 2030, these emissions could reach 1.34 gigatons per year—equivalent to the amount released by more than 295 five-hundred-megawatt coal-fired power plants. By 2050, the accumulation of these greenhouse gas emissions could reach over 56 gigatons—10–13 percent of the entire remaining carbon budget. Models project that by 2050, there will be more plastic waste in the ocean than fish.

Of the 275 million tons of plastic waste produced annually, approximately 12 million tons leak into marine ecosystems—interfering with the ocean’s capacity to absorb and sequester carbon dioxide—resulting in an estimated $13 billion in annual environmental damage. Earth’s oceans have absorbed 20‒40 percent of all anthropogenic carbon emitted since the dawn of the industrial era. Microorganisms such as phytoplankton and zooplankton prevent carbon from reentering the atmosphere by capturing it at the ocean’s surface and transporting it to the deepest levels. However, due to the increased presence of plastic pollution, phytoplankton are struggling to absorb carbon through the biological process of photosynthesis. Laboratory experiments have also recorded that microplastics are reducing the metabolic rates, reproductive success and survival of zooplankton.

The impact of exponential plastic production—coupled with overwhelmed and inadequate waste management—is felt not just in the oceans but in every biome on Earth. Ecotoxicological risks include environmental degradation, species extinctions and significant human health concerns. Madeleine MacGillivray, 5 Gyres ambassador and student in Columbia University’s Sustainability Management program, enlightens us on the history of microplastics with the following lesson:

“The lifecycle of a microplastic begins with crude oil, extracted from deep below the Earth’s surface, being chemically refined and spun into fibers for textiles or molded into single-use disposable items. Over time, these items break down into microscopic bits of plastic that can now be found in our waterways, on mountaintops and even in the most remote places on Earth. We now understand that microplastics can cause decreased fertility, decreased major organ function, chronic inflammation, neurotoxicity, intestinal barrier dysfunction, cell death, impaired hormonal function, potential harm to fetal development and more.”

Virgin plastic production grows at a precipitous rate, and low-income countries—including many in Africa and Asia—bear the disproportionate burden of the resulting pollution crisis. Rather than address the waste crisis domestically, the United States, Australia, and many European nations offload their waste on countries within the Global South that do not have the infrastructure to handle it. The plastic pollution crisis is transboundary in nature; therefore, it requires a transcultural and transdisciplinary response to address it.

An eco brick made by a Nat Hab Expedition Leader

Similar to women and People of Color (POC), Indigenous communities contend with diseases and disasters at disproportionate rates. Through generations, Indigenous peoples have applied particular responses grounded in Traditional Ecological Knowledge (TEK) to ensure the protection of the entire community and the lands and waters they depend on.

When the Philippine national government-imposed quarantine measures at the start of the COVID-19 pandemic, several Indigenous communities declared ubaya/tungaw—meaning they closed their borders to everyone, including members who were in the cities at that time. Elders performed rituals to expel outsiders and ‘bad spirits’. During extended lockdowns, traditional community practices such as the binnadang/ub-ubbo come into effect, which loosely translates to ‘exchange labor’. The basic principle of ayyew is enforced as well. It means up-cycling, reusing and not wasting anything.

Many Igorots (Banayan’s people who occupy traditional territory on the island of Luzon in the West Philippine Sea) are also accustomed to this practice of ayyew—known as sayang in Filipino. For example, biodegradable waste is transformed into fertilizers using vermiculture, while plastic bottles and old clothes are woven into household containers, rugs and backpacks. Ayyew effectively saved the residents of the northern Filipino city of Baguio when a typhoon struck—severely damaging the city’s garbage dump and cascading hundreds of tons of urban waste into the streets. Up-cycling supplied the city with a regenerative alternative of waste management and provided a source of livelihood for Baguio’s Indigenous population.

A Canadian scholar by the name of Russell Maier, was taken in by the Igorots and shared their culture for five years. In an effort to better integrate, Maier learned their language, Kankanaey. He explains:

“In the Igorot language there is no word for ‘trash’.  In their world-view, there is no concept of ‘waste’ or ‘worth-less’. It was very hard for me to grasp at first—the concept of waste is so ingrained in my own world view. Yet, in the Igorot way of looking at the world, literally everything has its use, and once its purpose is complete, another awaits it. Everything from cups to houses were made from locally sourced, organic resources. They could be composted, fed to the pigs or repurposed. It became clear to me that ayyew was an important Igorot virtue—a word used to describe the attribution of value to the tighter cycling of an object. The closest we have in English is ‘thriftiness’—but its emphasis on saving money, and slightly derogatory connotation mean it is not the same. Ayyew is entirely positive and exults and praises the maximizing of cycles of utility.”

Despite the ingenuity of Indigenous communities—plastic pollution, environmental degradation and lack of climate change awareness persisted in the Northern Philippines. One of the most economically poor, and sparsely populated regions: the Cordilleras, suffered in particular. From the 2000s onwards, the local Igorot people saw a once-thriving ecosystem become devastated by plastic products, packaging and synthetic textiles from importers and manufacturing plants. The accumulation led to clogged waterways, acrid burn pits and dumpsite dead zones.

The Rise of the Regenerative Eco Brick Movement

Russell Maier was galvanized to act and presented the mayor with a low-cost, citizen-powered solution. ‘Bottle bricks’, was inspired in-part by Andreas Froese, who had been putting sand into plastic bottles to make bricks in South America. Maier’s technique involved packing, or sequestering, plastic into bottles.

Sequestration diverts plastic from industry and prevents the chemical and physical degradation of plastic from the effects of sunlight, heat, oxygen, acids, friction and microbial action. Research concludes that submerging plastic in inert soil (minimal bacteria and microorganisms) can further impede degradation. By enclosing the outputs of plastic sequestration in inert, net-zero earthen building materials such as cob and adobe, carbon is thwarted from reentering the atmosphere.

With no recycling facilities or landfills in sight, “ecobricking” immediately caught on and was adopted by schools and community groups throughout Southeast Asia—presenting an unprecedented entry point for plastic education.

The eco brick movement catalyzed a paradigm-shattering ecological theory. In partnership with Igorot community member and dear friend, Banayan Angway, Maier co-authored, Tractatus Ayyew. Their theory proposed a cycle-centered ethics based on the Earth’s natural processes. The title—a combination of Latin and Kankanaey—symbolizes the confluence of the two disparate cosmologies that underlie each language and the global friendship shared between Maier and Angway. On writing Tractatus, Maier recalls: “It was a profound experience for Banayan and me. On my side, our dive into plastic was an awakening to the shallowness of Western design and environmental ethics. On Banayan’s side, it was an awakening to the profound modern relevance of Indigenous ecological insight.”

The GoBrik app, developed by the Global Ecobrick Alliance (GEA), empowers citizen-scientists to join the sustainability movement from home. As of February 2020, 40,000 users from 149 countries have signed up for the app, logging more than 62,000 eco bricks—equating to approximately 46.3 pounds of sequestered carbon. The GEA estimates that by now, more than 30 million people have tried making eco bricks. The website teaches that eco bricks go from one ‘cradle’ (usage/life/application) to the next, with minimal energy and waste. The cradle-to-cradle design principle underlies every eco brick, ensuring each one remains a reusable building block.

After Russell Maier’s years spent in the Philippines, he reveals:

“The Igorots have a word to praise innovative, hard-working, recyclers. I was always hearing them being called ‘nagaget’. I came to learn that this was a word of honor in Igorot culture. The closest we have in the English language is ‘industrious’ or ‘hard working’. But where ‘industrious’ is a virtue from the industrial revolution—referring to working efficiently towards a goal—’nagaget’ flows from the virtue of ayyew: working hard to make better, tighter and more abundant cycles—such as someone who would work a barren patch of land, apply their garden skills and creativity and bring it to fertility and abundance. The term implies innovation, hard work and even a touch of heroism.”

Pollution has been further aggravated by COVID-19, as a result of the excessive use and consumption of single-use plastics, including personal protective equipment such as disposable face masks (estimated 129 billion per month) and gloves (estimated 65 billion per month); food and beverage takeaway containers; hand sanitizers and more. But amidst the pandemic, Nat Hab Expedition Leader, Conan Dumenil, found hope through ayyew. Watch our Daily Dose of Nature webinar to learn how to construct your very own eco brick and join Conan in his pursuit of plastic repurposing!

“I’m just getting back from guiding our Kingdom of the Monarchs trip, and wow, what an amazing show this year. The colonies are looking fantastic with what appears to be strong numbers. Butterflies aside, I learned something really cool from our Expedition Leader extraordinaire—Renzo Zeppilli—that some of our guides are doing on the sustainability and conservation front. They are creating eco bricks during trips by compacting hard-to-recycle plastic waste and turning them into local building materials. Essentially, by stuffing things like wrappers and small bits of plastic into a single plastic bottle, it turns it into a durable, sturdy “brick” that helps create structure for things like gardens, walls, etc. Renzo has been giving the finished bricks to Hotel La Margarita in Anguangeo for use in constructing their terraces and gardens. It seems to be a win for minimizing and diverting waste; a win for helping create gardens and using fewer building materials; and a win for inspiring our travelers!”

One of our new Expedition Leaders, Eric Ramirez, reaffirms this win-win-win with the following sentiment: “I feel so happy to be part of this amazing team. We are working all the time to give our best. Renzo is a great teacher, guide and human being. The idea of the eco bricks is something that I’ve been working on for two years. I think it is a great solution and our guests feel happy to be a part of this exercise.”

In the spirit of our zealous Expedition Leaders and naturalist guides, I say it’s time we got a little more nagaget and started living a little more ayyew! 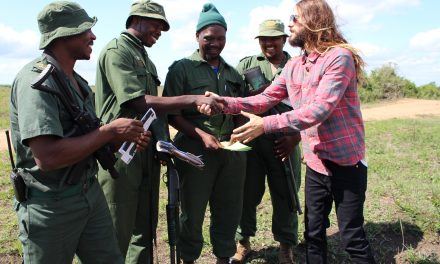 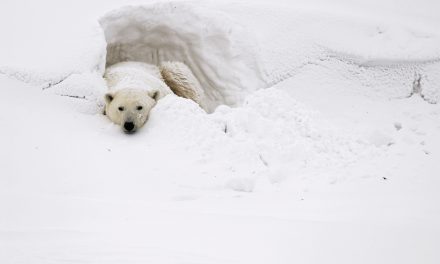 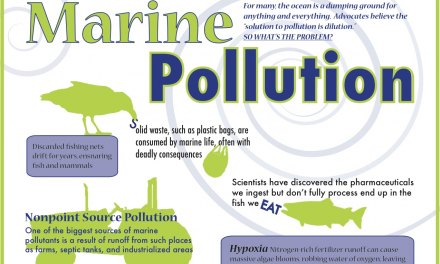 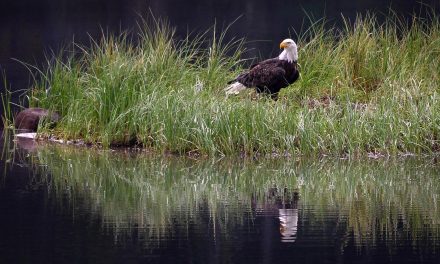