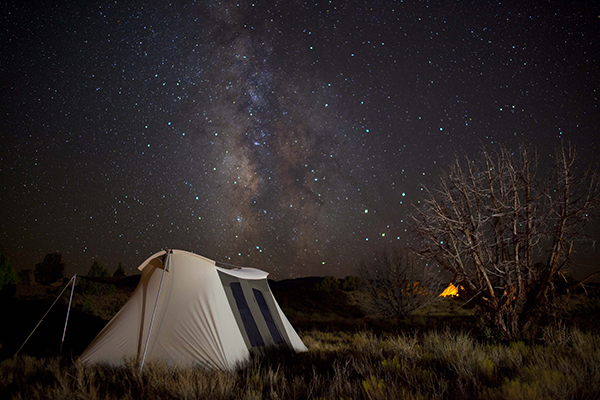 I’m not saying my backpacking days are over, but I will share with you that at this point in my life, I do favor a soft mattress and cotton bed sheets over rocky ground and a smelly sleeping bag. I am officially a camping wimp.

In my roughly half-century of life, I have experienced plenty of rugged adventures, from family camping in the Poconos (which I consider a “2” on the ruggedness scale), to canoeing the entire Delaware River (a “5”) with three friends in 1980. We had $100 for 14 days of food, so we did what any 18-year-olds would do—we bought 100 packs of Ramen noodles and 10 cases of generic beer at 99 cents a six-pack. Then there was biking from Dublin to Moscow in an obviously ill-fated attempt to demonstrate to the world that the Norwegians and Japanese were still hunting whales. It was an adventure we called “Wheels for Whales” that easily earned at least a “7” in ruggedness by staying in cinderblock Russian military barracks.

Those forays aside, I’ve spent most of my professional life trying to merge true wilderness with genuine comfort, most notably in Africa, where some of my greatest nature experiences have occurred while I enjoyed some pretty substantial luxuries. Hot showers, cozy duvets, fine cuisine and good wine are among the amenities I’ve come to appreciate. I’m not embarrassed to admit that at this point, I only visit REI to buy new sunglasses.

It was with this understanding that I sat on my porch one afternoon a few years ago with Olaf Malver, Nat Hab’s CEO—Chief Exploratory Officer—concocting plans for a deluxe safari-style camp on the Arctic Circle in Greenland. Olaf had made more than 30 expeditions to Greenland. He is a tough Danish adventurer who is one of the world’s foremost experts in exploring the vast, stunning wilderness that is Greenland. He has zero problems eating raw seal meat and pooping in an icy glacial river, the latter being something I had the unfortunate occasion to briefly witness.

Olaf relishes Greenland as some of the last great unvisited terrain on the planet, and he didn’t understand why our guests weren’t enthusiastic about the idea of exploring it while carrying a 50-pound backpack and cooking meals over a tiny camp stove as polar bears patrolled nearby.

“So, Ben, why can’t we bring more Nat Habbers to Greenland?” he shouted (Olaf always shouts, he never talks).

I had an answer, though I wasn’t sure my Viking friend was ready to hear it.

“Well, if we could build in some comforts so that regular people, like, errr, well, me could do this trip, I’m sure plenty of our guests would come to Greenland.”

The idea for an Arctic safari camp was born. If we can achieve this in the most remote sectors of the African bush, we reasoned, why not the roadless east coast of Greenland?

Now, you have to understand that I tend to make operational assumptions that have no basis in reality. And Olaf, as thrilled at the Arctic safari camp idea as his forefathers were in anticipation of sailing from Scandinavia off the edge of the Earth, was pretty much zero help. Try this one: carrying a full industrial kitchen off a Zodiac and up a rocky cliff = no problem. Or this: building hot showers into a camp across a fjord from the Greenland Ice Cap = piece of cake. We toasted the idea, and now, three years later, Base Camp Greenland just wrapped up its second successful season.

Naturally, what comes to mind is, “What’s next?”

It has taken us some time to figure it out, even though the answer now seems so obvious. It was right in front of us. Well, next to us, actually. Take the safari camp concept and bring it on home to America.

More straightforward than creative, we opted to call this project “Safari America.” It wouldn’t involve moving kitchens by rubber boat or worrying about ice floes or whales or polar bears, so how hard could it be? And while the process of securing permits and finding partners was a bit daunting (compared to moving three tons of camping equipment to the Arctic) operationally speaking, it has been a breeze.

But would our guests really want “luxury” camping in the USA? America’s national parks offer some pretty impressive lodges and hotels in close proximity, so I wasn’t sure what kind of response we’d get. We would just have to build the safari camp and find out.

Last spring, we ran our first staff departure to the canyonlands of the American Southwest, and I was thrilled. We hiked and explored during the day and slept in nature at night, experiencing the glittering stars and hooting owls and fresh air just as we would in a pup tent. We got all the advantages of backpacking—a secluded campsite, solitude, silence—with niceties that were just, well, really nice.

Down comforters kept us warm at night on the chillier North Rim of the Grand Canyon. A full double bed saved my aching back. Lounge chairs offered an inviting way to relax. And a giant camp telescope provided a wondrous view of the stars. But it was the meals that offered the biggest contrast from my backpacking days. Back then, a baked potato would have been a bonus. At our Safari America camp, however, we enjoyed sruffed avocado appetizers, creamy cauliflower soup and brick-pressed chicken prepared in a French-style.

“Yeah, our guests would love this,” I mused, savoring each bite.

So while I do miss some of the challenges and achievements of old-school camping—or biking over rough roads through once-Communist countries—I’m pretty darned happy to say goodbye to sore joints and beef jerky and hello to a sweet night’s sleep and a gourmet breakfast that an accomplished chef cooks. I think our guests will be, too! 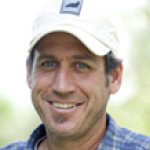 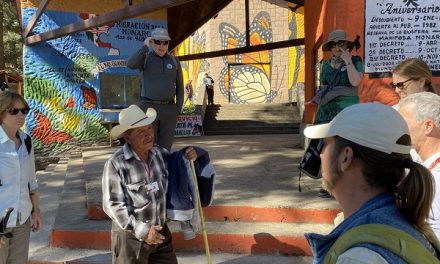 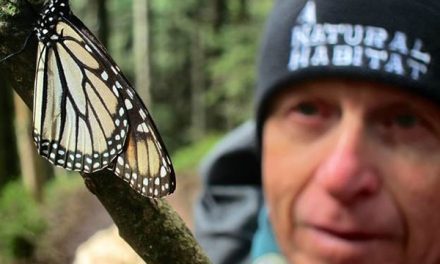 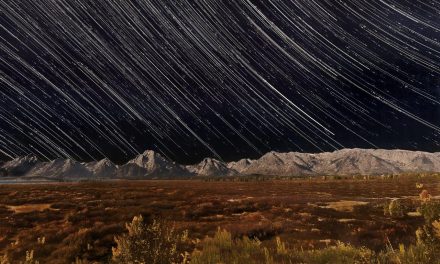 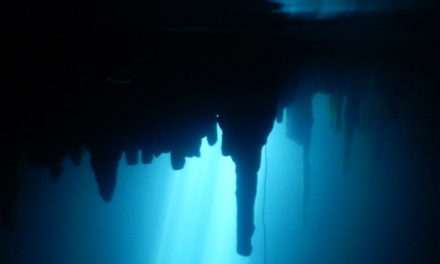