Wildlife sightings fluctuate over the seasons, but highlights occur throughout the year because abundant wildlife is always present in the Galapagos Islands. Due to the archipelago's equatorial location and unusual oceanographic conditions, the presence of wildlife and mating behavior are most closely connected to the productivity of the ocean rather than the seasons. Rest assured that year-round residents like the Galapagos penguin, blue-footed booby, marine and land iguanas, giant tortoise, flightless cormorant, Galapagos hawk and sea lions do not migrate and will always be on view.

All the Galapagos seabirds are seen year-round except for the albatross, which is absent from January to March. Because birds breed at different times, you can witness courting behavior or hatchlings in nests during any given month. A variety of whale and dolphin species visit the Galapagos throughout the year, from the smallest common and bottlenose dolphins to the largest blue whales, as well as orca, pilot, sperm, humpback and other whale species.


Wildlife Highlights & Where to Find Them 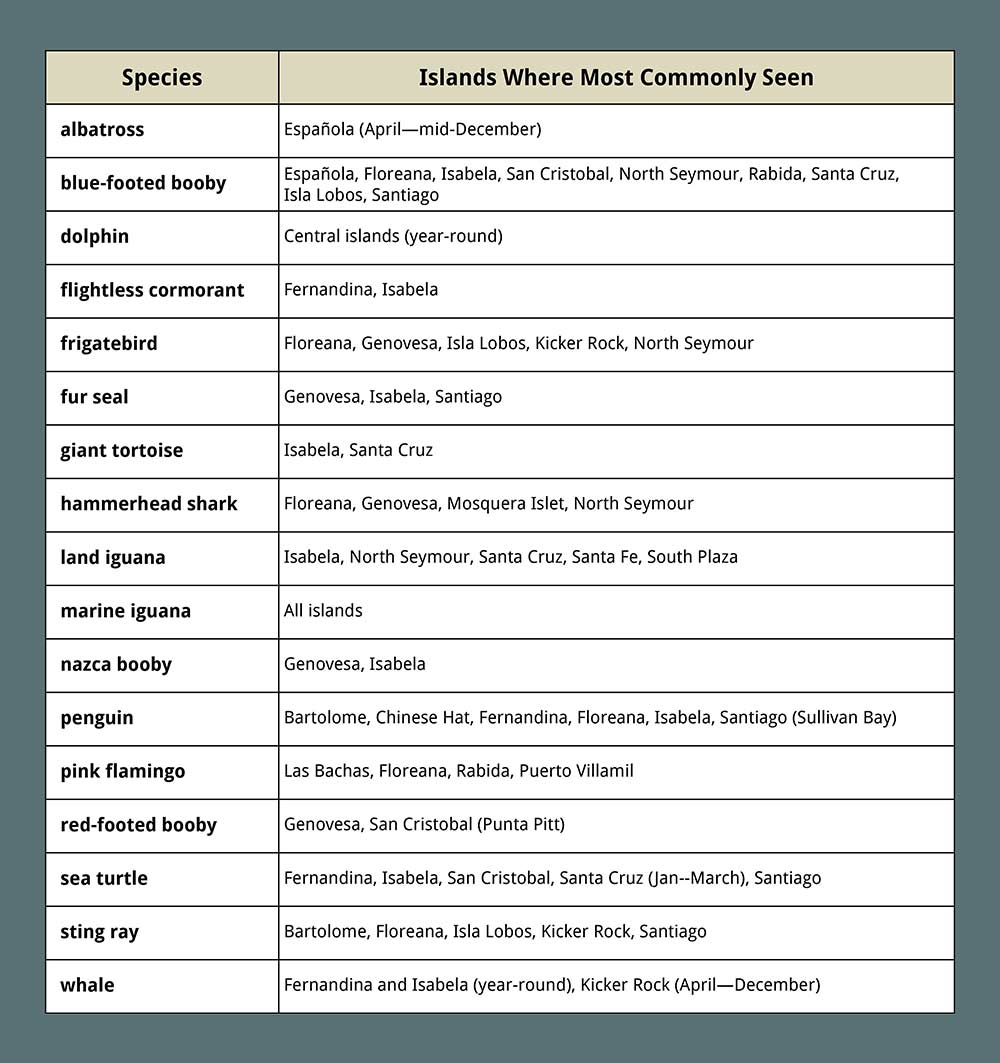 Paddle, hike and explore in places not included on typical trips! Our catamaran-based adventure offers rare access to less-visited spots (and extended paddling time) with our special kayaking permits.
8 or 10 Days / Year-Round
From $6495 (+air)
~14
Photo Departures Available
New Itinerary!
Know Before You Go