Click on the links below to navigate to each species. 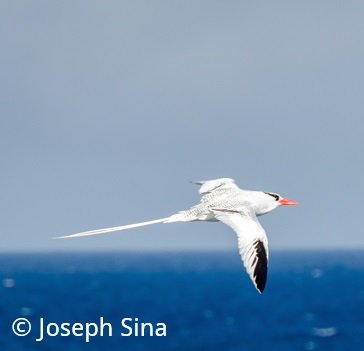 The unmistakable red-billed tropicbird is one of the most impressive of the Galapagos seabirds. The most noticeable feature of this splendid white bird is its pair of long tail streamers—two elongated feathers often as long as the rest of the body. The birds are 2.5 feet long (including the tail feathers) and have a wingspan of just less than 3.5 feet.

They are extremely graceful in the air and often fly by in small groups, uttering a distinctive, piercing shriek. The coral-red bill and black eye stripe are noticeable at closer range. These birds nest in crevices and holes in cliffs or rock piles on most of the islands but are most frequently seen from trails that follow cliff tops, such as on South Plaza, Genovesa and Hood. They feed far out to sea, plunge diving for fish and squid.
« Back to top

The brown pelican is instantly recognizable; with its huge pouched bill and large size (4 feet long with a 6.5-foot wingspan), it is often the first bird that visitors identify. As its name suggests, these pelicans are generally brownish in color. During the breeding season, however, the adults have bright white and chestnut markings on their heads and necks. They nest year-round in most of the islands.

These pelicans have wide- fingered wings and are good gliders. They are often seen flying in a squadron-like formation, flapping and soaring in unison to create an elegant aerial ballet. They feed by shallow plunge diving and by scooping up as much as 2.5 gallons of water in their pouches. The water rapidly drains out through the bill, and the trapped fish are swallowed. It seems like a straightforward procedure, but apparently it is a difficult skill for the birds to acquire. Although parents raise frequent broods of two or three chicks, many of the fledged young are unable to learn the scoop-fishing technique quickly enough, and thus, starve to death.
« Back to top 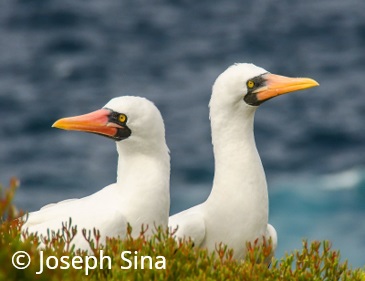 Newly split from the masked booby to receive status as its own species, the Nazca booby is completely white except for a black band adorning the edge of its wings and tail. Its facemask, responsible for the bird’s former title, is formed by a blackish area of naked skin encircling its reddish-pink or orange bill.

At 3 feet long and with a 5- to 6-foot wingspan, the Nazca, which inhabits most islands, is larger than any other Galapagos booby. Though they look similar, the calls of males and females differ; females utilize a trumpeting quack while the smaller males employ a whistle. Due to their large size, they usually nest near the tops of cliffs where they receive the greatest advantage for taking flight. In contrast to other boobies, they breed annually on a cycle that varies across the islands.

When the birds arrive to Genovesa in May, they proceed with courtship, mating and building nests. They lay eggs from August to November, most young fledge by February and the entire colony stays out on the ocean until May. In contrast, the colony on Hood remains present from September to May and individuals lay eggs from November to February. Regardless of island, the Nazca booby consistently lays two eggs, but only one will survive because even in a year with ample food the eldest sibling will expel the younger from the nest.
« Back to top 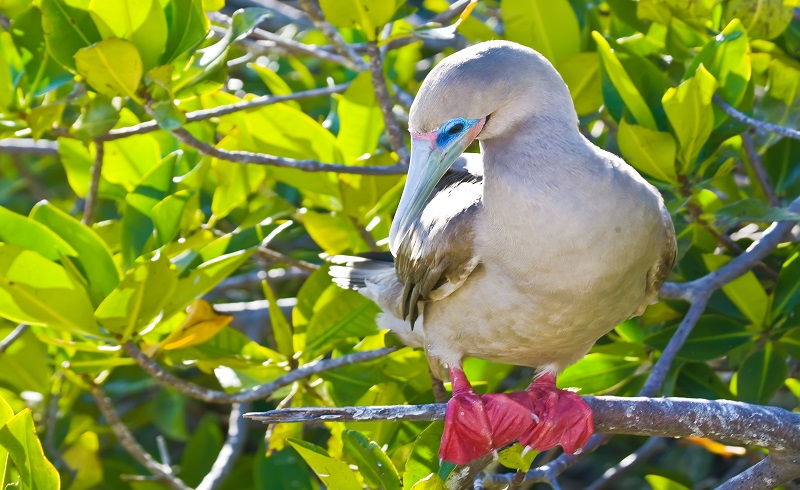 At 2.5 feet long and with a 4.5-foot wingspan, the red-footed booby, whose red feet and blue bill with red base easily differentiate it, is the smallest Galapagos booby species. The majority of adults are brown, but 5 percent are white; this is not a sign of a new or hybrid species, but rather it is the result of a dissimilar color phase. Even though this is the most abundant Galapagos booby, it is the most rarely seen since it only inhabits distant islands like Genovesa, which supports a substantial colony consisting of approximately 140,000 pairs. To avoid competing with the blue-footed booby, which forages near shore and the Nazca booby, which feeds in-between, the red-footed booby focuses feeding efforts far out at sea.

Unlike most other boobies who favor guano-ringed ground scrapes, the red-footed builds elementary nests in trees, and lays one solitary egg. Though laying can happen year-round, it typically occurs when food is abundant.
« Back to top 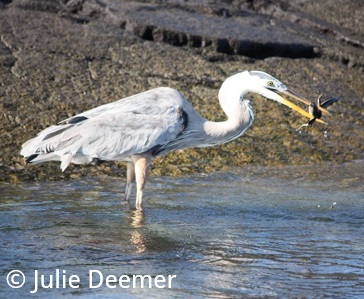 Though called ‘blue,’ this heron, the biggest in the Galapagos with a 6.5-foot wingspan and 4.5-foot-long-body, is actually a largely gray bird readily identified by its lengthy legs and pronounced size. Similar to many herons, the great blue typically stands with its head stooped over toward its shoulders, a position it sustains while flying, with its elongated legs trailing behind.

Great blues gravitate to the rock-strewn coasts of a majority of the archipelago’s islands, frequently remaining still while waiting for fish to pass. Other food sources include lizards, birds and juvenile marine iguanas. Inclined to live on their own or in pairs, great blue herons sometimes form a tiny colony supporting at most six nests. Breeding occurs all year and nesting typically takes place in mangroves.
« Back to top 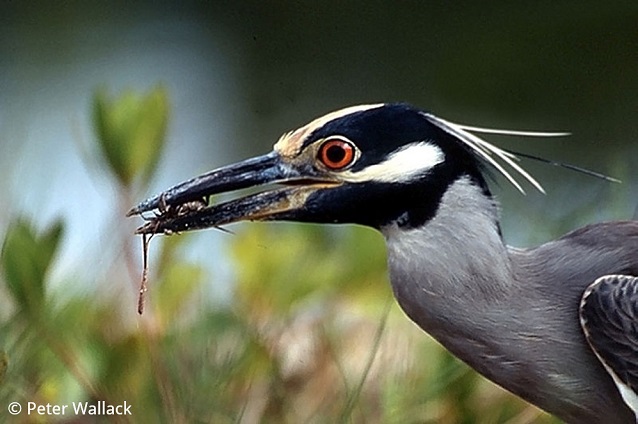 This common, stout, gray heron, distinguished by a yellow crown capping a black and white head, feeds at night. During daylight, it frequently makes an appearance in shady spots along every island’s shore. Since it is nocturnal, it has bigger eyes than other herons. Yellow-crowned night herons breed in pairs and make nests year-round underneath rocks or in mangroves.
« Back to top 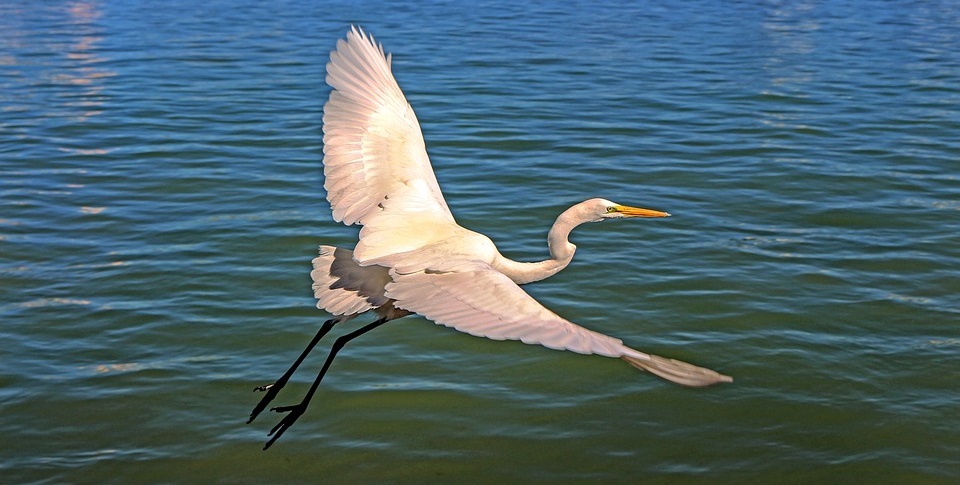 Black feet and legs and a yellow bill help with identification of this large completely white heron with a wingspan of 4.6 feet and a body that is 3.5 feet long. Contrary to its name (it’s also called the American or great egret), visitors see this heron less frequently than the great blue even though it inhabits comparable habitats and can occasionally be found inland.
« Back to top 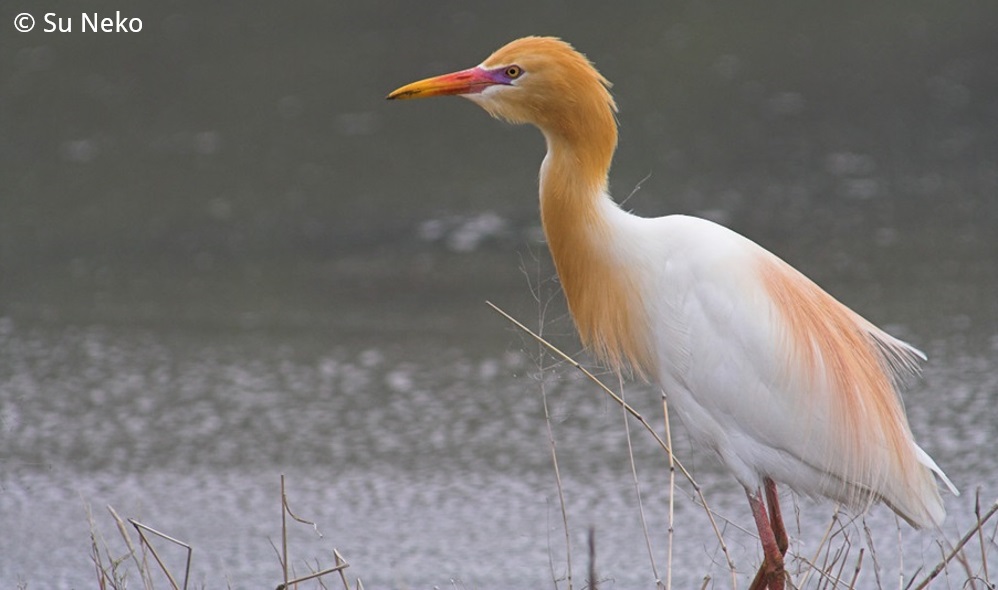 From a distance, you can tell that this comparatively petite, white heron—1.7 feet long with a 3-foot wingspan—has a stockier build and shorter neck than the common egret. Get closer and its yellow legs and feet become more obvious. Unidentified in the Americas until the 1800s, the first instance of a cattle egret in the Galapagos wasn’t recorded until 1965. Originally from Africa and southern Eurasia, the cattle egret can now commonly be seen in pasturelands and is most often seen in the Santa Cruz highlands.
« Back to top 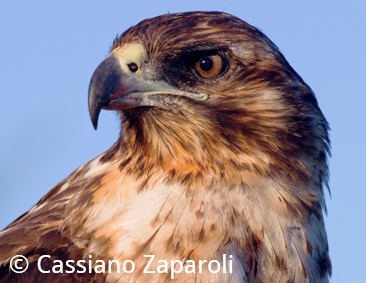 The only raptor breeding in the Galapagos, these predatory native hawks, who are dark brown with the exception of their yellow feet, legs and ceres (the fleshy spot at the bottom of their bill), have wings that are broader than comparably sized seabirds. Juvenile birds are heavily mottled and a lighter brown.

Because they don’t have any natural enemies, they basically act fearless which has resulted in hunters killing them to extinction on various islands, including Genovesa, Seymour, San Cristobal, Santa Maria, Baltra and Daphne. Hunters greatly reduced their numbers on Santa Cruz, too, and it’s estimated that only approximately 150 pairs continue to live in the Galapagos. Visitors are most likely to see the Galapagos Hawk on Fernandina, Santa Fe, Bartolome, James, Hood and Isabela islands.

Breeding occurs more frequently from May to July, but as a species, they breed year-round, utilizing cooperative polyandry, a technique where one female mates with at least two males and all adults help to raise the young. Differentiating the sexes can be challenging, but generally, females are larger in size than males.
« Back to top

A small, dark bird with a 2-foot wingspan and yellow-orange legs, the lava is the only heron endemic to the archipelago. Its deep green feathers help hide its presence while it utilizes the lava-laden shorelines to hunt surreptitiously for prey; juveniles, however, are streaked and brown. Breeding is possible all year, but the span between September and March is the lava heron’s preferred time for breeding. Though sometimes they are found in clusters of two or three, they usually build solitary nests located in mangrove trees or underneath lava outcrops. Though they are often present along the rocky coasts of all islands, their solitary nature and camouflage make them challenging to see. Our naturalist guide can easily help you spot one. 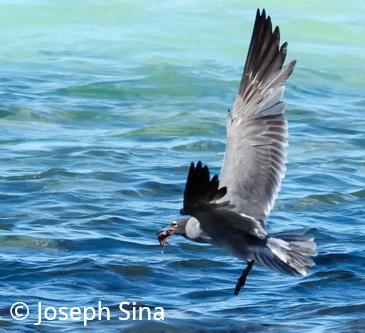 Biologists estimate that approximately only 400 pairs of lava gulls, the world’s rarest species of gull, exist today. They are, however, broadly distributed throughout the Galapagos so your chances of seeing one are good. These lone nesters, who range from dark gray to black and measure 1.8 feet long, breed year-round.
« Back to top 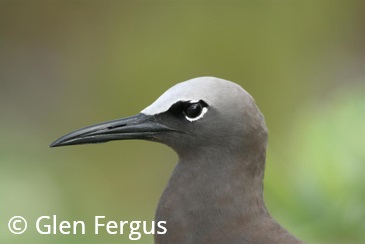 Dark brown with a white forehead, the brown noddy tern frequently feeds with pelicans, often trying to grab fish scraps coming out of the pelican’s bill as water drains from it. In an effort to get a more optimal position, this tern has even used a pelican’s head as a perch. This bird, which is 1.27 feet long with a wingspan of 2.5 feet, nests year-round in tiny colonies located in caves and on cliffs.
« Back to top 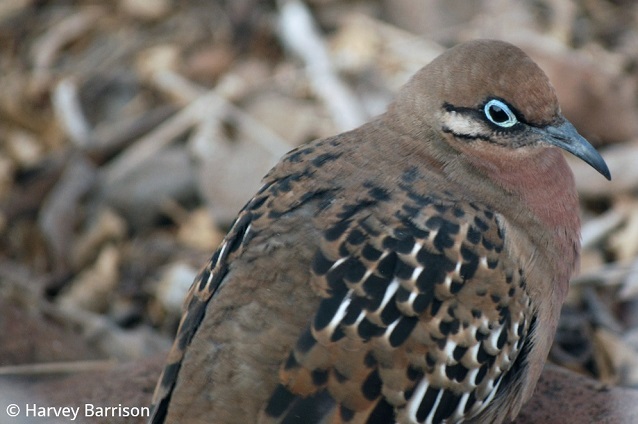 Native to the islands, this beautiful, colorful 8-inch long dove has a reddish hue underneath, brown upper parts, neck patches that are green, blue eye rings and red feet and legs. They breed all year, laying two eggs in a jumbled twig and grass nest that rests under rocks or entangled with an abandoned nest left by a different species. During incubation, adults may wander away from the nest while feigning injury. This behavior, developed to lure predators away from eggs, evolved long before doves came to the Galapagos and remained in use even though it isn’t very useful on the island.
« Back to top