Changes in Alaska’s climate are affecting its bears in some ways that are predictable, and some that have come as a surprise to the scientists who are studying them. 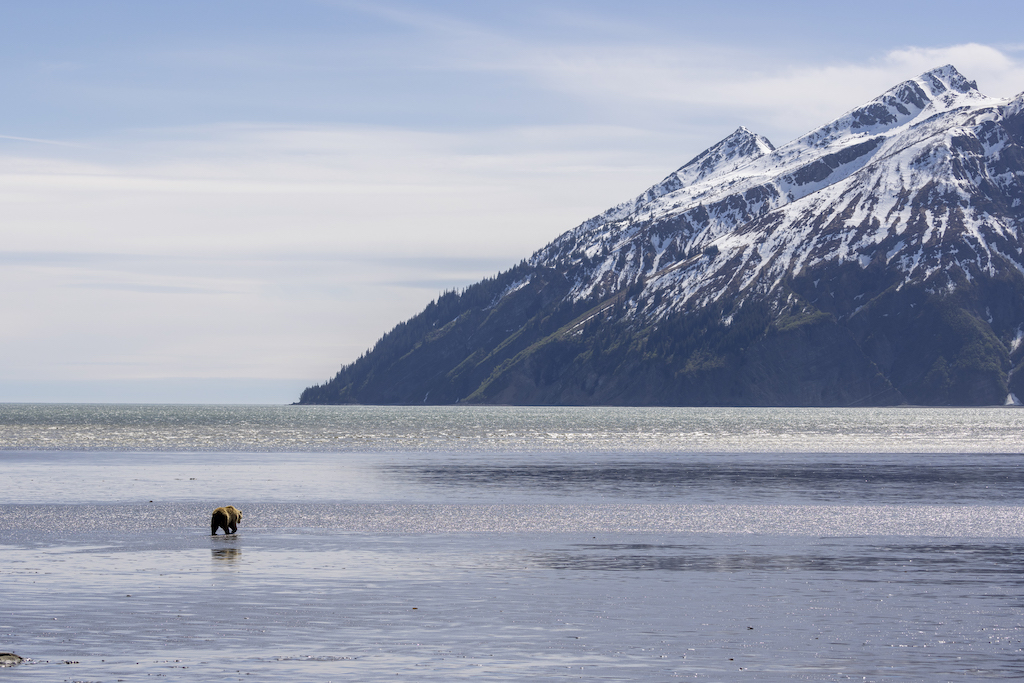 Throughout the northern hemisphere, we are seeing a shift north for many species as temperatures increase, and that is no different for Alaska’s grizzlies. This is causing interactions between two species of bears that shouldn’t be coming together due to their wildly different lifestyles. Grizzly bears and polar bears.

Polar bears are marine mammals. They get most of their food from the ocean, with ring seals comprising 75% of their annual diet and other seals constituting most of the rest. There is almost nothing in the terrestrial environment that they feed on, which means they spend many months every year fasting while they wait for the sea ice to freeze. They get some food to carry them over from the carcasses found on the outskirts of a few native whaling villages, but for the most part they rely exclusively on the marine environment for survival. Their insulated white coats also have evolved to benefit them in this arctic environment.

Inland grizzlies, on the other hand, get most of their caloric intake from roots, berries, grubs, moths and other terrestrial foods like the occasional caribou calf. This diet has kept them out of the northern territory of polar bears because these foods are only available for a very short time each year north of the arctic circle. However, now that temperatures are warming throughout the arctic, grizzlies are finding the food they need farther and farther north for a longer time each year, and they have started moving into polar bear territory.

Because of their different food needs they aren’t in direct competition, so their interactions are turning out to be more amorous than aggressive, resulting in an increasing number of “prizzlies,” “pizzlies” or “grolars”—polar bear/grizzly hybrids. Typically, by definition, two different species can’t interbreed and produce fertile offspring. However, these two species are closely related, as polar bears only branched off from grizzlies about 150,000 years ago. They are separated by geography and behavior more than by genetics, so their offspring are fertile and second-generation hybrids do exist. DNA studies have shown that most of these hybrids are ¾ grizzly, so it is possible that eventually brown bears may outcompete polar bears since brown bear habitat is expanding while polar bear habitat is contracting. The polar bears won’t move south, but the grizzlies will continue to move north. Is it possible that pure polar bears may disappear from their icy kingdom?

Coastal brown bears are facing a different challenge from climate change. They have a very different diet from inland bears, with salmon comprising at least 40% of their food intake over the course of the year. The fat and protein in these fish is one of the reasons these brown bears grow to be the largest in the world. It would seem logical to think that these fish would be the top choice for dinner for the bears. Millions of salmon, weak and exhausted, make their way up Alaska’s coastal streams every year to spawn, and they are easy pickings for well-fed bears. Why would they choose to eat anything else? 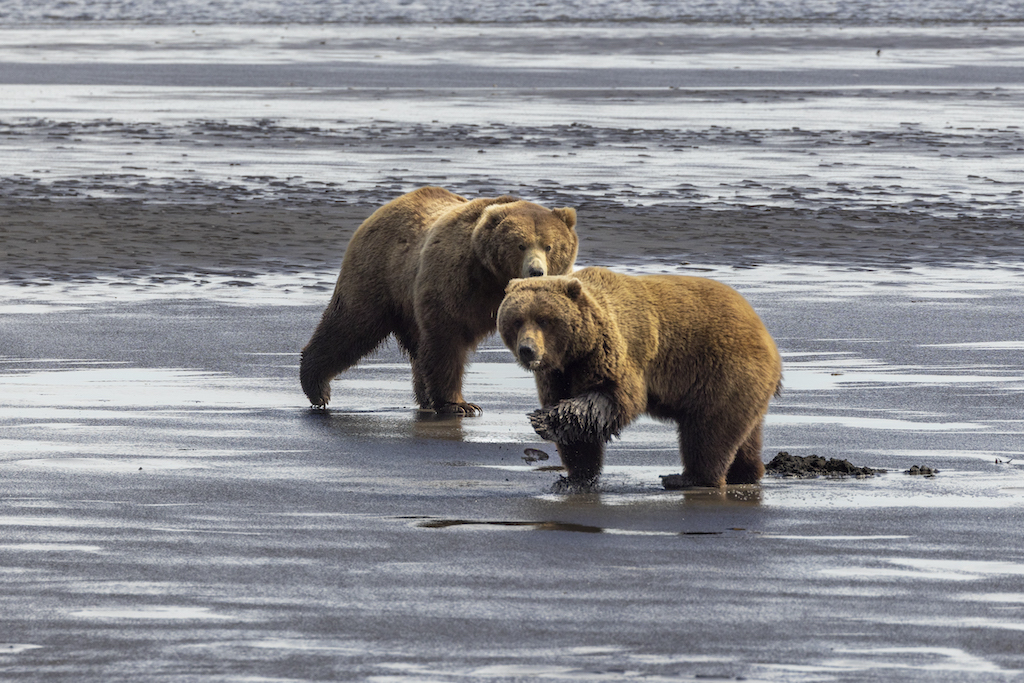 SALMON AND BERRIES AND BEARS…OH MY!

An Oregon State University study in 2014 found some surprising results when they looked at the feeding patterns of coastal brown bears in south-central Alaska. The study was conducted on Kodiak Island, directly south of our camp across the Shelikof Straight.

They noticed that several streams were full of salmon spawning right on schedule, but there were no bears to be found feeding on all that protein. Where were they?

In the words of one of the researchers, Johnny Armstrong, "An earlier berry crop shut down one of the most iconic predator-prey scenes in nature."

Due to rising temperatures, spring has been arriving in this part of Alaska about two weeks early. One result of this is an earlier ripening of elderberries–something that used to happen after the bears were finished feeding on the salmon. In recent years, those berries have been ripening at the same time as certain salmon runs–a phenomenon known as synchrony. The researchers were surprised to find the bears bypassing the abundant salmon to feed on the elderberries.

It turns out that the protein in the berries is just about exactly the percentage that is easiest for the bears to process. Once protein becomes more than 17% of the energy available in a food item, the metabolic energy that goes into digesting that protein goes up. Elderberries happen to be around 13–14% protein, so the bears are able to easily incorporate that into their bodies and they grow more quickly than they do when eating salmon, which has a higher digestive cost at around 80% protein. If you want to impress your friends, this phenomenon is called the “macronutrient optimization hypothesis.”

So, isn’t this a good thing? The bears are gaining weight on a readily available resource, and more salmon are making it upstream to spawn. Sounds like a win-win, right? 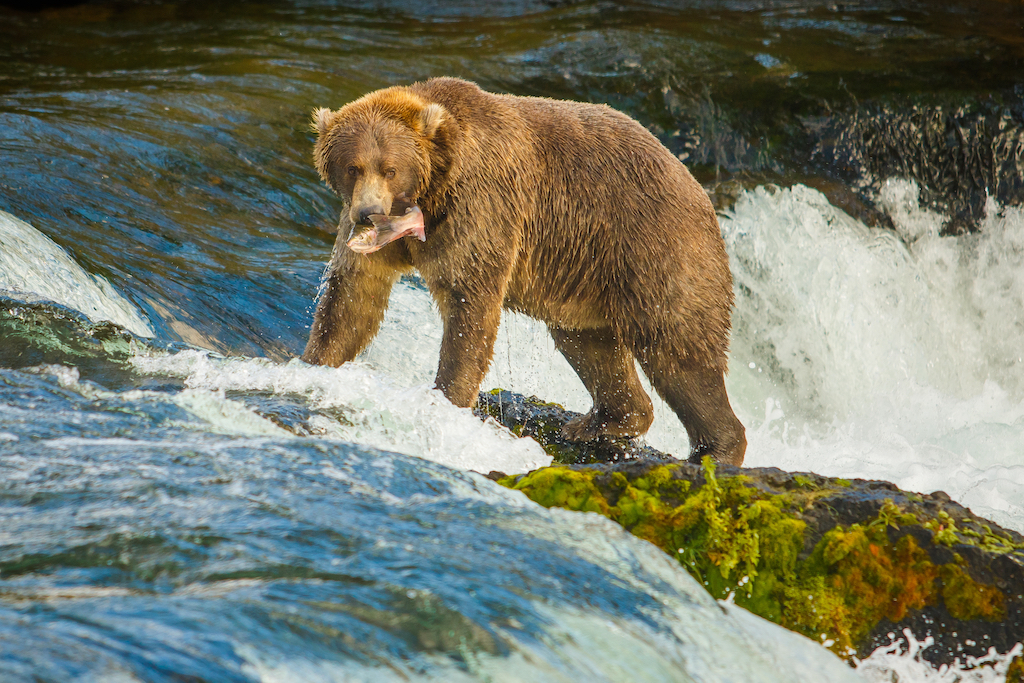 As is usually the case in nature, the dynamic is more complicated than it seems at first glance. Bears play an important role in transferring nutrients from the marine ecosystem to the forests of coastal Alaska, particularly nitrogen, which is considered to be a limiting factor in tree growth in the nutrient-poor soils. Bears catch about 50–75% of spawning salmon in a typical year, and they drag those carcasses into the surrounding forest, where they eat only the most nutritious parts. The rest of the carcass feeds birds, wolves, foxes, invertebrates, and the forests.

About 25% of the nitrogen in the foliage of trees within 500 yards of salmon streams comes from the ocean, and these trees grow three times faster than trees growing farther away. These healthier trees shade the streams, prevent erosion and sedimentation, provide large woody debris to the streams, and house insects that become food for juvenile fish, creating ideal spawning habitat for the salmon. It can be said that over the long term, these salmon sacrifice themselves to create the habitat that will support the highest number of offspring.

Another issue for the bears is that when more food sources come into synchrony rather than being available sequentially, their preferred diet is available for a shorter period of time overall. Bears have an amazing ability to time their feeding on salmon based on when each stream’s run is at its peak. Studies that have placed GPS collars on bears have found that they are able to feed on salmon for nearly 3 months by traveling from stream to stream to be at the right place at the right time.

While skipping a salmon run to feed on elderberries might give them substantial protein and weight gain, they don’t get the fat content from the salmon that is critical for them to survive hibernation and have healthy young. In an ideal climate, the abundant berries become the dessert after a 3-month fish dinner. 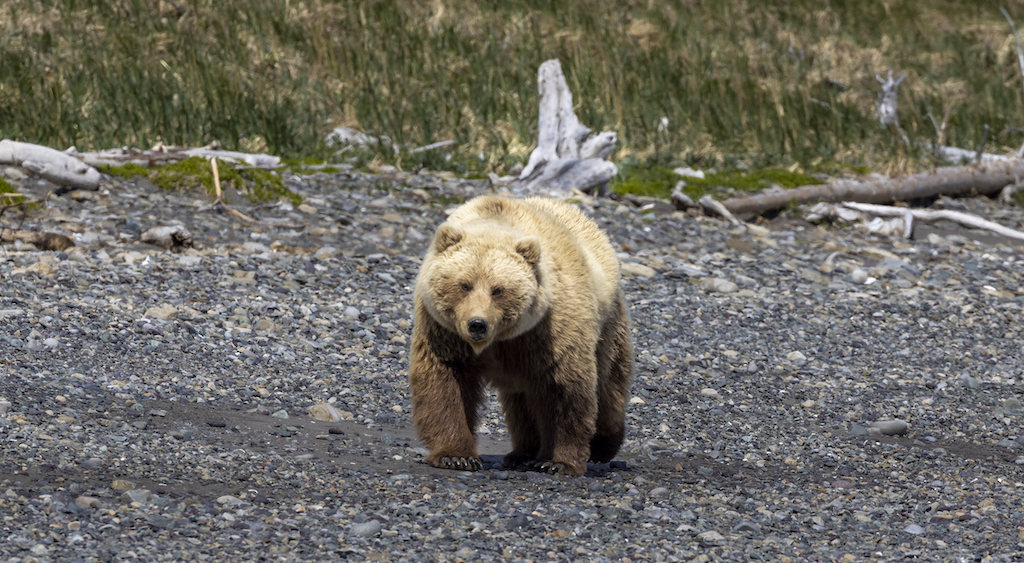