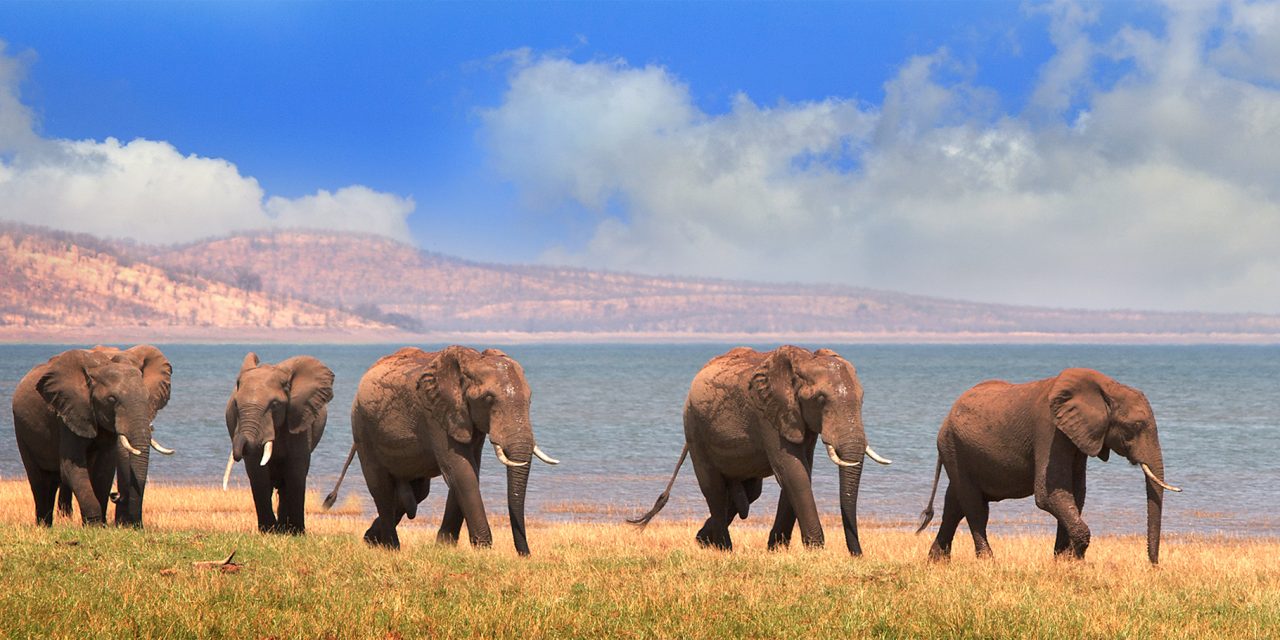 Wildlife management is a field that continues to develop as scientists, policy leaders, government officials and local advocates collaborate to ensure that ethics, science and sustainability are the foundation of the field. Findings from a scientific study on male elephants by the University of Exeter have given practitioners and conservationists a more complex insight into how we can manage and support healthy populations of the African elephant.

The African elephant is the world’s largest land animal. It occupies all African habitats, from deserts to closed-canopy forests. Not only is the elephant an intrinsically valuable species, but it also helps sustain a balanced ecosystem. African elephants are often referred to as ‘eco-engineers,’ as their behaviors help shape the landscape. They knock over trees to feed on leaves, fruits and bark and graze on grasses and shrubs. These activities pave the way for new plant growth and help stimulate soil fertility.

Over 90% of African elephants have been lost in the past century, and their greatest threat is poaching. In addition, expanding developments, agriculture and infrastructure projects destroy habitats and disturb ancient migratory routes, resulting in more instances of human-elephant conflict. This can be dangerous and result in damaged crops or property. Understanding elephants’ social dynamics and behaviors can help us limit conflict and improve wildlife management practices.

When elephants greet one another, they will either put their trunks in each other’s mouths or touch and smell each other’s temporal glands. Welcoming gestures like these reveal subtle states of mood, as well as identity. Elephants are sociable creatures, and the family unit helps comprise the social group. A herd will often have several related adult females and their immature offspring. This unit is led by the eldest cow—the matriarch. Daughters of the matriarch typically stay with the herd for most, if not all, of their lives. Bulls, however, typically only stay with their family units until they reach puberty.

Social dynamics dominate how a herd navigates terrains, deters predators and searches for food. Elephants are unique in the animal kingdom in that they form extraordinarily close bonds with family members. The family unit relies on older elephants for their historical memory of watering holes and the location of seasonally available fruits, which are vital resources for survival.

Ethologists have discovered that much of this behavior is a product of “fission-fusion” systems. A herd will split or merge in order to fulfill particular needs. It is adaptable, and some members may search for food while others find nearby herds. 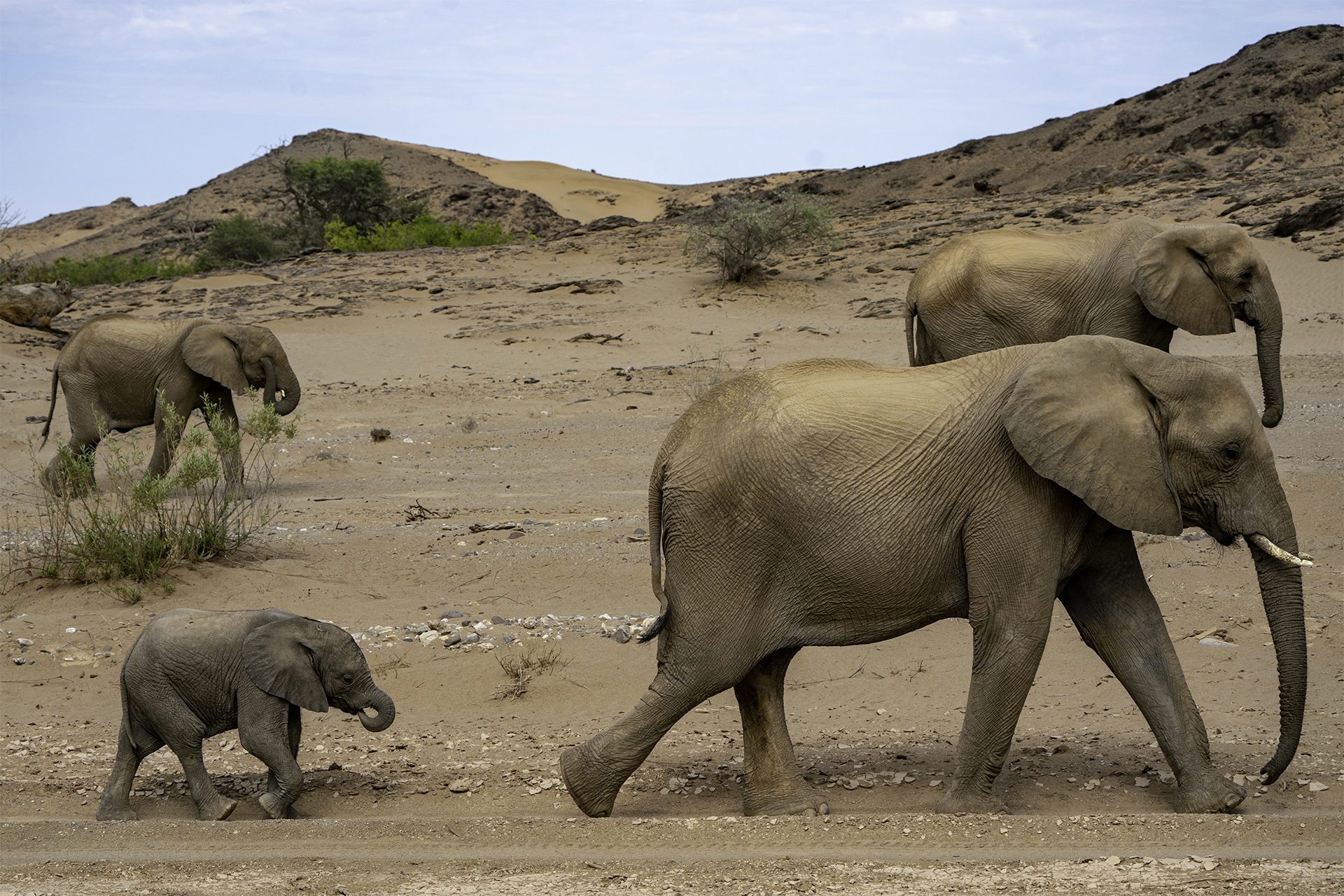 A scientific study by the University of Exeter and Elephants for Africa uncovered unknown dynamics of male elephant behavior and their role in herd social groups. These findings will help wildlife managers and biologists better care for the species. It also elevates the value of male elephants in herds and their significance in reducing human-elephant conflicts.

Over a period of three years, researchers examined 281 male elephants in an all-male area in Botswana’s Makgadikgadi Pans National Park. Researchers found that all of the adolescent elephants were more aggressive when fewer older males were present. They were more likely to be aggressive towards non-elephants such as vehicles, humans, livestock and other wildlife.

The adolescent elephants were considerably less aggressive towards non-elephants when in the presence of adult elephants. The research suggests that older adults are a social buffer against risk as they are more experienced and therefore have a more accurate understanding of threats. Even more so, this research teaches us that having older males present around younger adolescents can reduce the chances of extreme behavior and wildlife-elephant conflicts. Unfortunately, male bull elephants are often targeted for trophy hunting. This is further evidence of the damage poaching has on elephant populations.

It was a situation in South Africa’s Pilanesberg National Park that showed the world just how important older male elephants can be. In what appeared to be a freak accident, more than 50 rhinos were found dead one day at the national park. However, as ecologist Gus Van Dyk and others examined the bodies, they found wounds at the top of the rhinos’ shoulders and neck, which suggested…elephants. Eventually, they confirmed that the culprit was a group of adolescent elephants from the park.

The violence can be traced to “musth”, a unique state in which young males are flooded with reproductive hormones. These hormones are natural for elephants; however, without guidance, a huge rush of testosterone can be overwhelming and can increase aggressiveness. Van Dyk traced the event back to 1970, when elephants were first introduced to the park. The park prioritized transferring young males, females and babies, as bull elephants were extremely difficult to transport. Without older male bulls present, the young males grew up without a template of good social behavior. 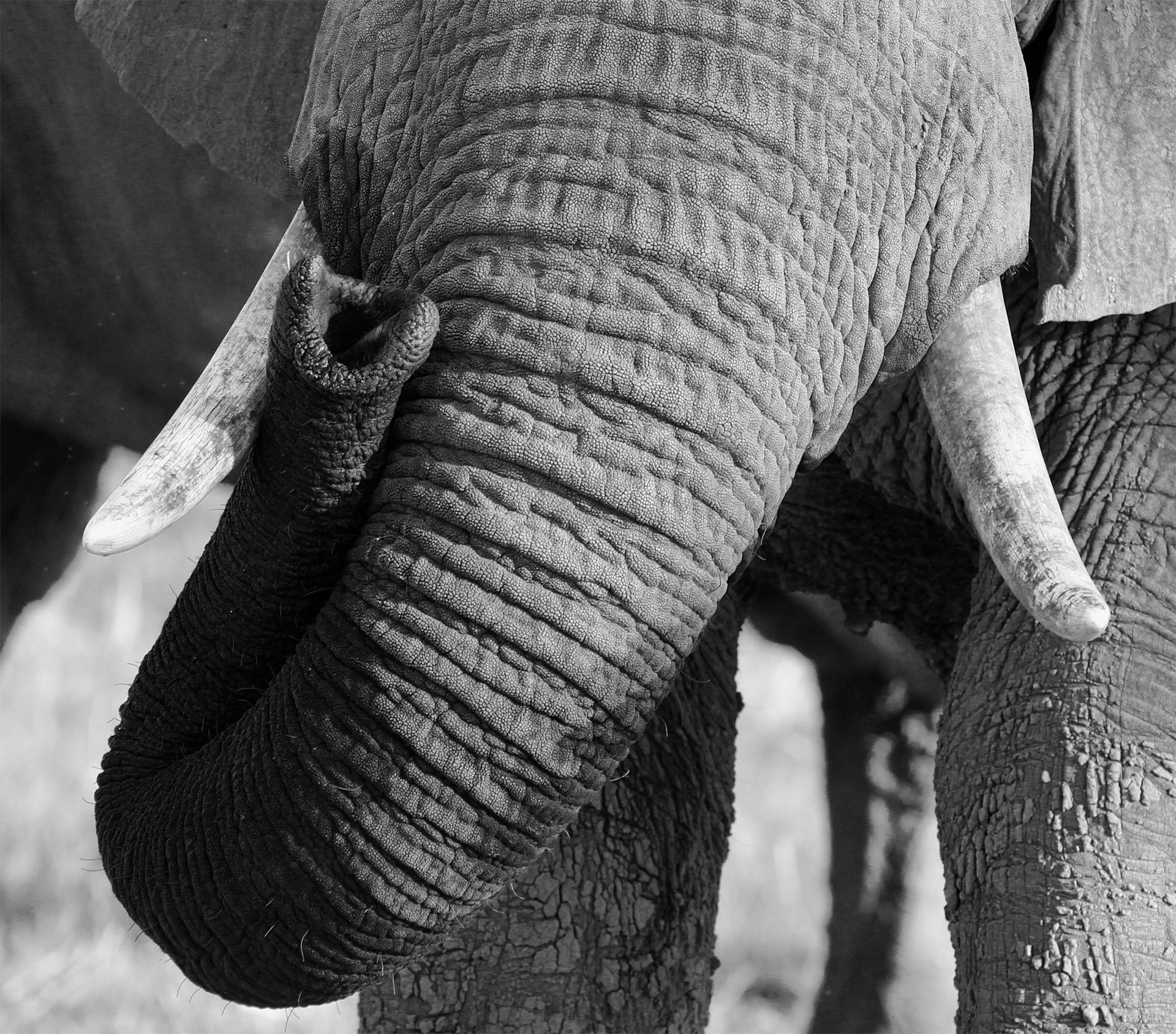 Following this event, six large bulls were introduced to Pilanesberg National Park, and within hours, the teen elephants had dropped out of musth. No rhino has died since. Without the older bull elephants to guide and lead young males, increased conflict can be expected. Understanding the complexities of elephant social relationships is necessary for a future in which people and elephants live side by side.

Known as the ‘Land of The Giants,’ Chobe National Park was Botswana’s first national park and currently supports the largest surviving elephant population in the world. There are an estimated 120,000 elephants in the park, which covers parts of northern Botswana and northwestern Zimbabwe.

Nearly half (an estimated 225,000) of Africa’s endangered elephant population resides in southern Africa’s Kavango-Zambezi Transfrontier Conservation Area (KAZA). This region connects more than 20 national parks and marks the convergence of six African nations: Angola, Botswana, Namibia, Zambia and Zimbabwe. These countries came together in 2011 to formally recognize this 106-million-acre region in Africa’s Kavango and Zambezi River basins as a protected wildlife area. KAZA is the world’s largest transboundary conservation landscape.

Located in the heart of KAZA is the Okavango Delta, Earth’s largest inland water system. The year-round water in the Delta supports some 200,000 elephants. On a Botswana safari with Natural Habitat Adventures, you’ll journey to the Okavango Delta, Chobe National Park and exclusive nature reserves. Along with a profusion of wildlife, you’re sure to experience unparalleled elephant encounters! 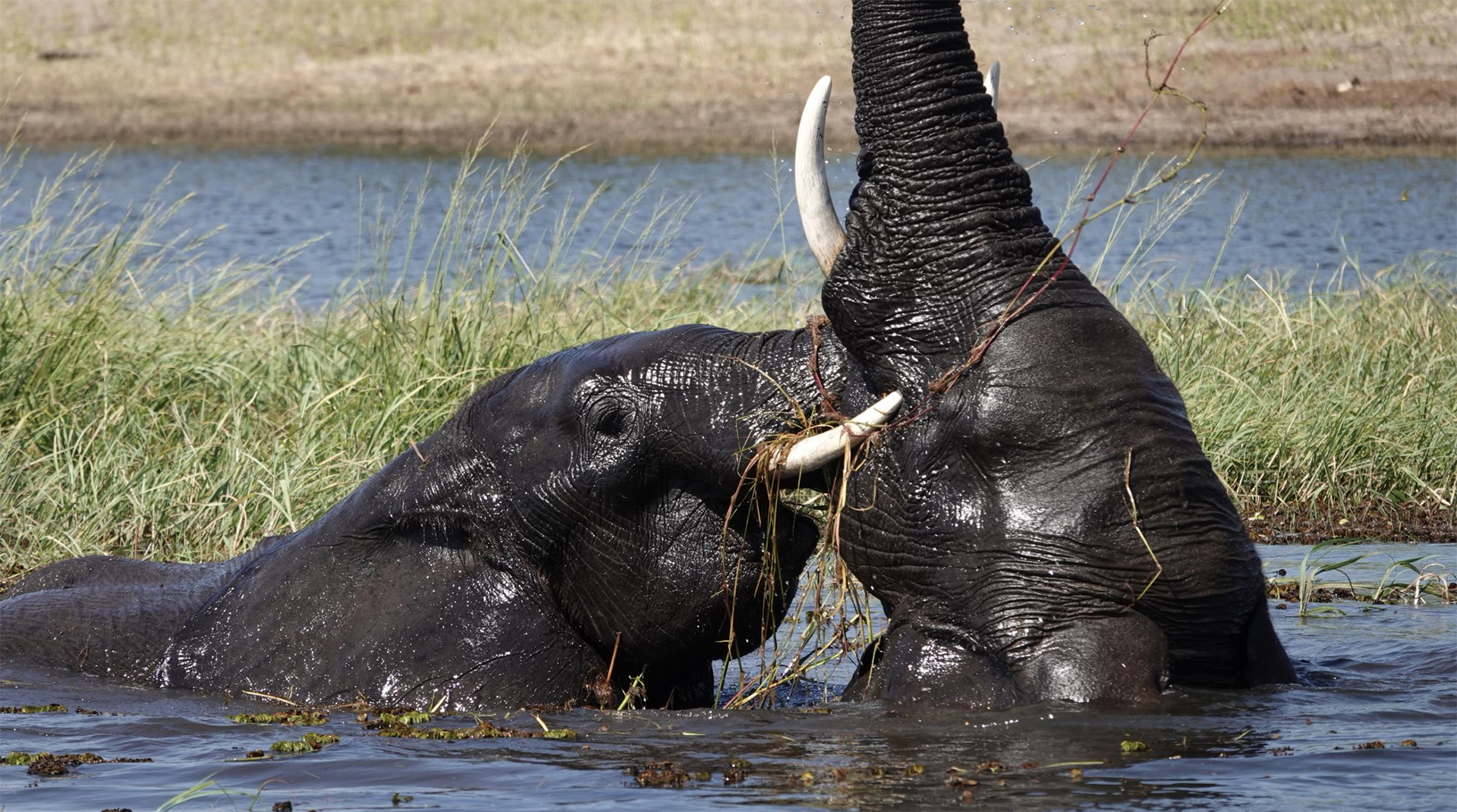 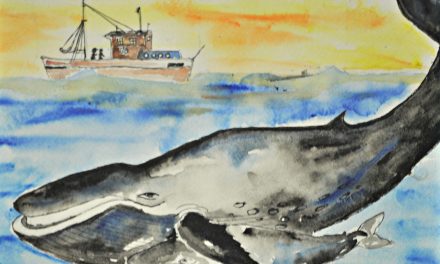 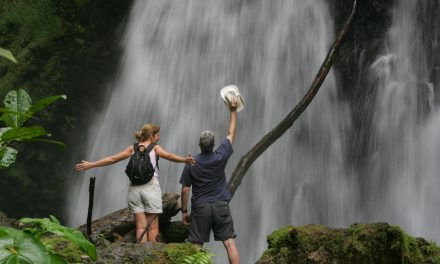 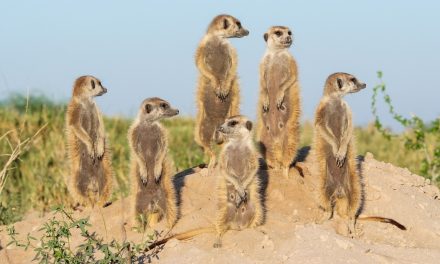 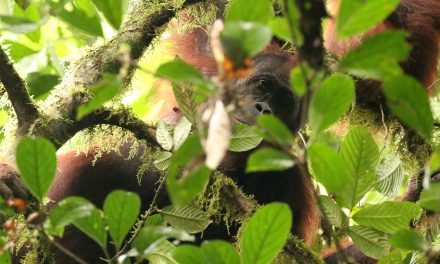