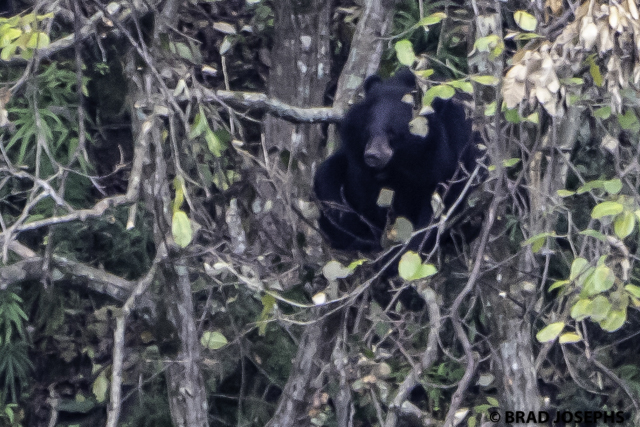 During the fall, Natural Habitat Adventures operates expeditions to southwest China, where guests may have the chance to spot the magnificent moon bears of the Minshan Mountain range—a hidden, enchanted place where the bears are thriving.

A moon bear, also known as Asiatic black bear (Ursus thibetanus),  is similar to the North American black bear except it has far larger ears, a bushy mane around its neck, and a large moon-shaped patch of white on its chest. The thick neck fur likely evolved to help protect it from tiger attacks, as did the notorious hair-trigger temper. To appreciate seeing these bears in the wild, one must understand how rare moon bears are. Moon bears have an incredibly vast range, from Siberia all the way to India, throughout China and including Taiwan and Japan. Imagine an area the size of the United States, but then realize that only 15,000 moon bears exist in the wild. The statistic is truly shocking.

It is a species highly targeted by hunting and poaching due to the demand for bear bile, which is used in traditional medicine for the treatment of liver and gallbladder conditions. With my intimate knowledge of the plight of the wild moon bear in Asia, I figured I would never see a moon bear in the wild. When I saw my first one in four years, I was “over the moon.” Here is a video I put together of one of the most exciting wildlife experiences in my life….

In a special wildlife reserve that we visit on our expeditions, I have learned that a population of moon bears is doing well. Moon bear signs, according to my observations, have increased dramatically with time. Assuredly these bears, and the rest of the wildlife, are very well protected in this reserve. A strong core of antipoaching rangers has obtained a fierce reputation since the 1990s, and now remote camera surveillance throughout the reserve makes poaching impossible. The habitat is unique, and much of the forest is dominated by relic walnut and chestnut trees—a fantastic food source for the bears. Bears have plenty to eat to fatten up in the fall and make baby moon bears. I also think the bears are losing their fear of people, so they are becoming easier to spot.

We heard of a sighting of a mother and two cubs by some other people on a trail, so we headed out early the next morning and found them! They were feeding on the fruits of a wild kiwi tree! Most people don’t realize that kiwis originated in the mountains of Sichuan, not in New Zealand! We watched the family from a distance for an hour. Images aren’t great because of distance and low light, but what a thrill to see this family fattening up for winter!

Here is a big, healthy mother.

Mother and cub moon bears descend to the forest floor to search for walnuts that have fallen.

The family finally moved down from the tree and began feeding on walnuts on the forest floor.

While the family worked their kiwi tree, another single bear appeared and climbed a different tree and seemed to avoid the mother when they came down to the forest floor.

Moon bears have a unique behavior that leaves a distinctive mark of their presence. When a bear finds a productive tree for feeding, either one full of fruit or nuts in the fall, or flowers or young leaf buds in the spring, they build a nest in it. They sit in the middle of the tree near the strong branches and break off smaller branches, feed on them, and then use them to build a more comfortable feeding/resting platform. The forests in the reserve are full of old moon bear nests.

On our second trip, we spotted this moon bear, in the upper left, working a ridge on the other side of the valley.

The bounty of fruit and nut-producing trees also benefits other very rare species, such as this Tibetan macaque feeding on wild persimmons.

It is such a thrill to see moon bears in the wild. I am sure this is a very special refuge for a species that faces a real possibility of extinction. This is another animal that benefits from the umbrella of giant panda conservation. It is fantastic for the locals to see our groups get so excited about wild moon bears, which I know reinforces their own appreciation of this species. In a world where wildlife faces so many challenges, it is great to see little successes such as this one, with the magnificent moon bears of the Minshan Mountain range! 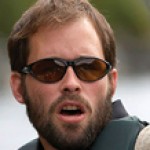 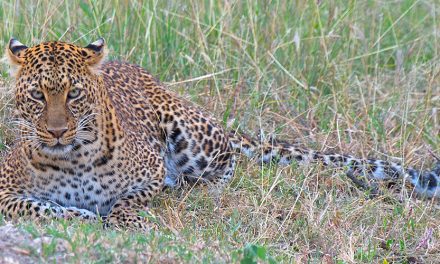 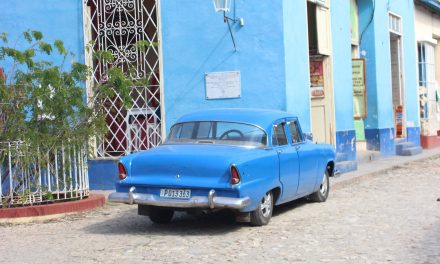 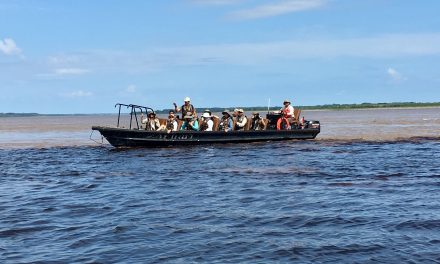 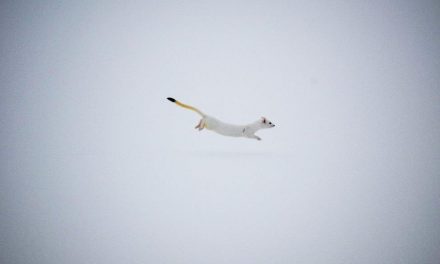