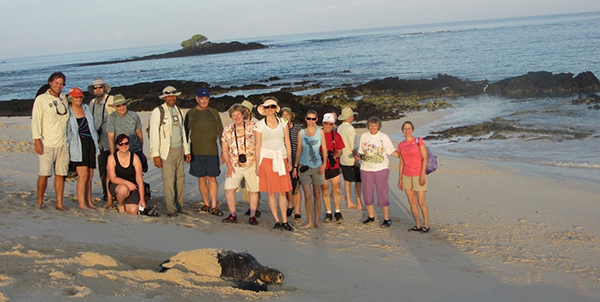 The Galapagos Islands are filled with magic, and everywhere you turn there is something new and interesting to marvel upon. Whether it’s watching a red-footed booby feeding its young, a frigate bird puffing its bright red gular pouch, or a marine iguana diving for algae, Galapagos wildlife tours will impress even the most avid nature travelers.

One of the most magical moments of my entire trip was our morning spent with sea turtles. We arrived at secluded Las Bachas beach on our second morning in the Galapagos. We woke up early, and everyone was a little groggy but eager to board the pangas and begin our day of exploration. I was especially eager, as our naturalist expedition leaders, Gustavo Andrade Torres and Andres, said that today we would have a good chance to see green sea turtles laying eggs on land, and we could snorkel with them afterward. I tried not to get my hopes up, but I was so anxious to swim with a wild sea turtle! 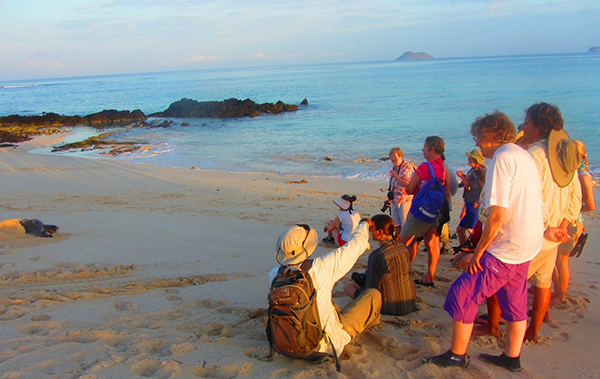 We quickly realized that we were the only group in the area. Andres Vergara and Gustavo explained that sea turtles will move from their nests on the beach into the water early in the morning, so it was important to get on the beach as early as possible. We walked down the beach for a bit, and our guides led us to a spot where they knew sea turtles frequently nested. Of course, they found one! Right there on the beach in front of us.

For a while we just sat there, listening to the soft break of the waves, watching the turtle. It was such an amazingly peaceful moment, to be alone on a beach with no footprints on it our own, and the tracks of the sea turtles making their way from their nests to the ocean. It’s a moment I know I’ll remember forever. 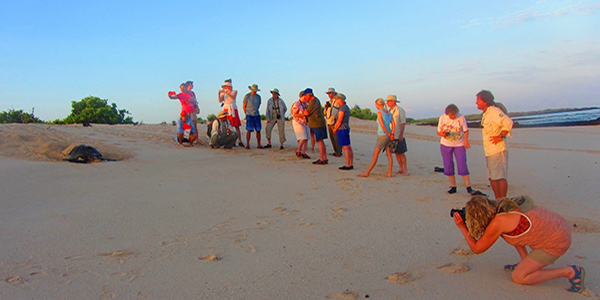 After a while, we returned to the beach, in hopes of snorkeling with some of the sea turtles that had just made their way to the water. This had to be the best snorkel session of the whole trip and really the best snorkeling experience of my entire life! I wish I could explain the feeling of following this gentle animal through the water, but it is hard to put into words. The water was so clear, and I was able to get so close to the sea turtles without disturbing them that it almost felt like I was a part of their world. 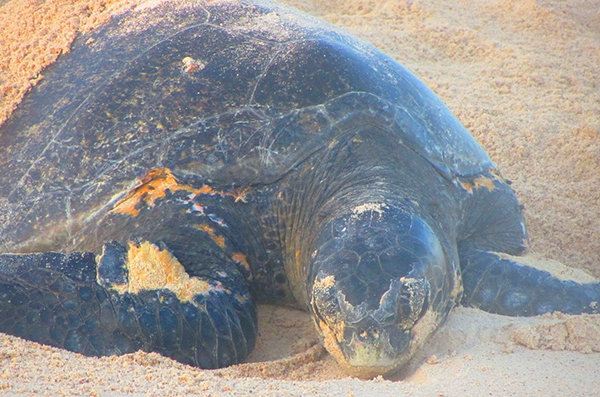