Fill out the form below to receive additional information about our U.S. National Parks or give us a call at 800-543-8917.

Three wolf pups with freakishly large paws roll around in a furry pile while adults sleep peacefully nearby. Wolf pack members tear apart a bloody elk carcass with calculated precision. A young male sheepishly wanders away after a failed challenge of the alpha male. These sound like scenes you could only see on a television nature special, right?

In actuality, you can experience these wild wolf sightings in person on a Yellowstone: Ultimate Wolf & Wildlife Safari, an exclusive exploration of our nation’s oldest national park.


Once driven extinct in the Lower 48 due to hunting and poisoning, wolves first returned to Yellowstone National Park between 1995 and 1997, when biologists relocated 41 wolves from Canada and Montana. Populations flourished and, as of January 2016, scientists report that at least 98 wolves in 10 packs live primarily in Yellowstone and 528 wolves live within the Greater Yellowstone Ecosystem.


Watching these majestic creatures frolic freely in the wild is the adventure of a lifetime. Though there is a good chance that you’ll see wild wolves in Yellowstone during the snowy winter months, you have to be well prepared and patient. 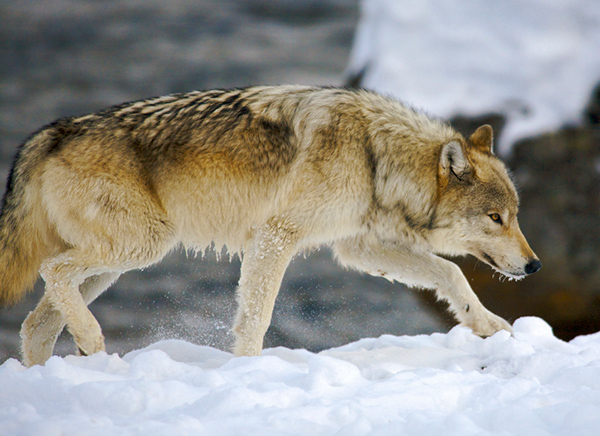 
Here are a few travel tips for maximizing your chances to see Canis lupus in its natural habitat. 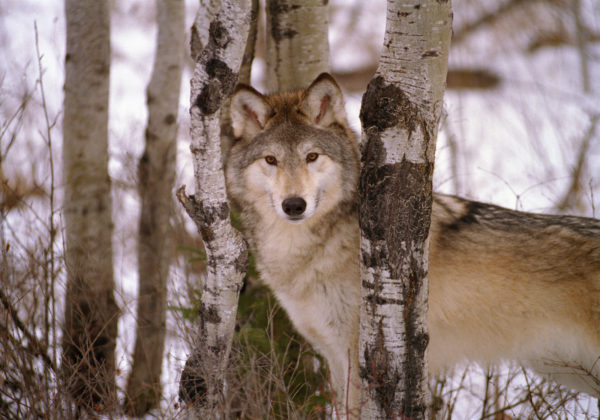 Spending time in this majestic, snow-cloaked landscape—with ice crystals dangling from tree branches, steaming geysers rising from the Earth, and stone monoliths soaring into a clear blue sky—delivers an undeniable dose of magic that will feed your spirit for years to come. Discover the winter wonders of Yellowstone on this rare winter wildlife safari and see for yourself!

Track and photograph wolves, bison, elk, moose and other wildlife, and witness geothermal phenomena amid the snowy winter splendor of Yellowstone and Grand Teton national parks.

Passionate about wolves? Join us in the best place on the planet to search for them in the wild—and photograph an array of Yellowstone's iconic wildlife that shares this wild habitat with them.

Get Weekly Updates
Our weekly eNewsletter highlights new adventures, exclusive offers, webinars, nature news, travel ideas, photography tips and more.
Request Your 2022 Catalog
View Our 2022 Digital Catalog
Send Us a Message
Use the form below to send us a comment or question.
Refer a Friend
Earn rewards for referring your friends! We'd like to thank our loyal travelers for spreading the word. Share your friend's address so we can send a catalog, and if your friend takes a trip as a first-time Nat Hab traveler, you'll receive a $250 Nat Hab gift card you can use toward a future trip or the purchase of Nat Hab gear. To refer a friend, just complete the form below or call us at 800-543-8917. It's that easy! See rules and fine print here
/articles/us-national-parks/yellowstone/how-to-see-wolves/
Physical Requirements