The whole family was already out of their berths at the rapid rise of the equatorial sun, and their six-year-old daughter was on the aft deck, dutifully continuing her outdoor physics experiment. Stopwatch in hand and counting the number of revolutions of the descending floating cork disk, as the large cutoff, inverted 2-liter water bottle emptied into the Pacific Ocean near the Galapagos Islands, she obtained another data point for her scientific analysis.

“I got it!” she shrieked enthusiastically, as the slowly rotating disk stopped at the bottom and the last drop of water had run out–“barely one!” By that, she meant the cork has just rotated less than one circle during the descent, confirming that the Coriolis Force close to the Equator, in theory, should be negligible, at least within the standard deviation of her data collection and margin of error.

As a former scientist myself, I knew that she was on the right track. The Coriolis Force (produced by the rotation of the earth) causes moving objects in the Northern Hemisphere to move to the right, and objects in the Southern Hemisphere to move to the left. In layman terms, water from toilet bowls in New York drains in the opposite direction as in Santiago, Chile. Therefore, on the equator, the speed of rotation of the water vortex should be very small, if not zero. The same force determines the opposite circular movements of powerful cyclones and weather in the southern and northern hemispheres. Important stuff.

Complicated (and perhaps even a little boring, for most) physical theories apart, what was confirmed that morning was how this—the Enchanted Islands of the Galapagos — even in the mind of a pig-tailed tyke, could still evoke such enthusiasm of the earth’s natural wonders! It was fascinating to watch. 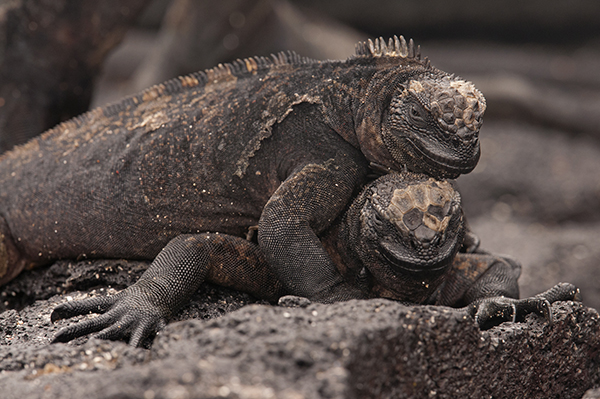 I admit that she and her two older sisters, ages 8 and 10, were perhaps more genetically disposed than most for these experiments, with two Ph.D. parents, both experts in theoretical math and physics at one of our leading national laboratories. (By the way, her older siblings had been given more complex natural history assignments). However, what I loved about this whole episode was the excitement of discovery and wonder the parents had supported and evoked in their children’s curious minds. All of this happened on a small catamaran during a Family Galapagos Adventure.

The same curiosity draws nature enthusiasts of all ages towards the Galapagos archipelago each year for great wildlife experiences. It is why being a Natural Habitat Adventures Expedition Leader is such a gratifying job. There is so much that our expert naturalist guides can show and share with our guests, from why it was here that Darwin developed his theory of natural selection to why certain species of birds, reptiles mammals are found only here. On a larger scale, it is here that we can better understand how the Earth’s tectonic plates constantly move under our feet, and how larger geologic, oceanic, and meteorological powers determine our fundamental existence and survival on this planet. 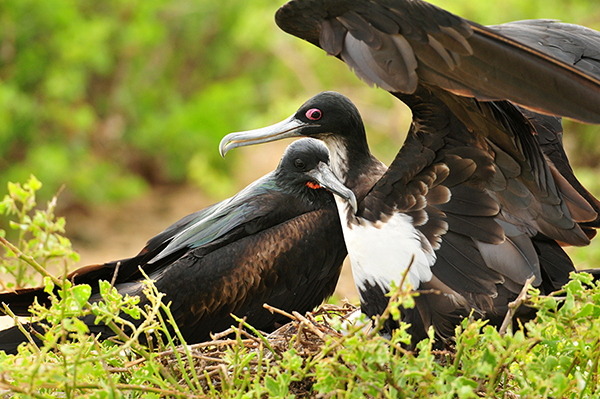 Having accompanied many of our guests to the Galapagos Islands for years, I truly believe there is a curious and fun-loving mind—just like the 6-year-old’s—within us all. Traveling in the Galapagos sparks that same curiosity and playfulness, and makes us more aware of the magic natural environment that surrounds us.

On a Galapagos kayaking and hiking adventure, we swim like kids with the sea lions, hike in small groups through the myriad of birds, tortoises a and iguanas, and lay on our stomachs on the deck while watching the dolphins playing in the bow waves of our boat. The Enchanted Isles offer some of the world’s best opportunities for total natural history immersion!

Come play and discover the Galapagos Islands with us!

Share one of the most phenomenal wild places on the planet as you snorkel with sea lions, laugh at blue-footed boobies and relish the natural world together.