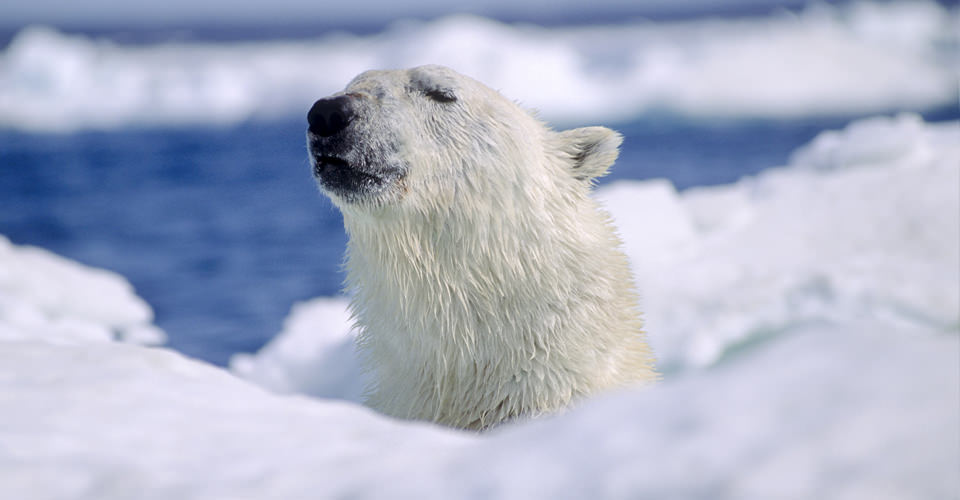 Ursus (the polar bear) is listed as Vulnerable on the IUCN Red List of Threatened Species—one step away from the list's official Endangered designation.  Make no doubt about it, Frosty the Snowman is melting, and along with him, so is the sea ice that the King of the Arctic depends on. Although there are still an estimated 20,000 to 25,000 polar bears alive today, they are in serious jeopardy of going extinct due to the impacts of a warming climate. These awe-inspiring marine mammals, which spend most of their time hunting on sea ice and in the water, were the first vertebrate species to be listed by the U.S. Endangered Species Act as threatened by extinction due to habitat loss. 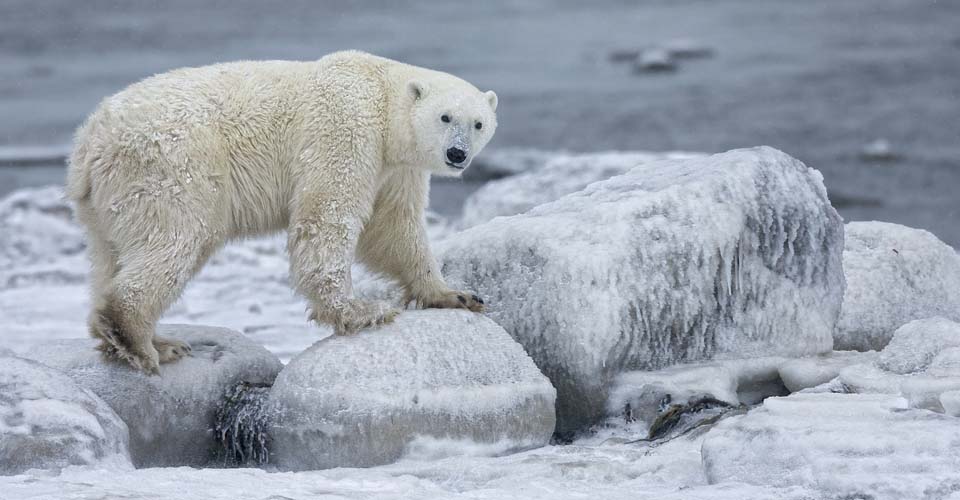 Polar bears spend the majority of their waking time hunting and are dependent primarily on seals to provide the high-fat content needed to survive. However, polar bears depend vitally on sea ice as a platform to hunt, as well as to rest and breed, so even though they are very talented swimmers, the rapidly thinning ice significantly increases exposure and risk from fatigue and reduces the chance of a successful hunt.

In fact, according to WWF, Alaska's Southern Beaufort Sea polar bear population is the first subpopulation of bears to already show the severe effects caused by climate change. While the U.S. Fish and Wildlife Service just released its plan to recover polar bear populations, including identifying the reduction of greenhouse gases in the atmosphere as the primary activity to protect them, more needs to be done. 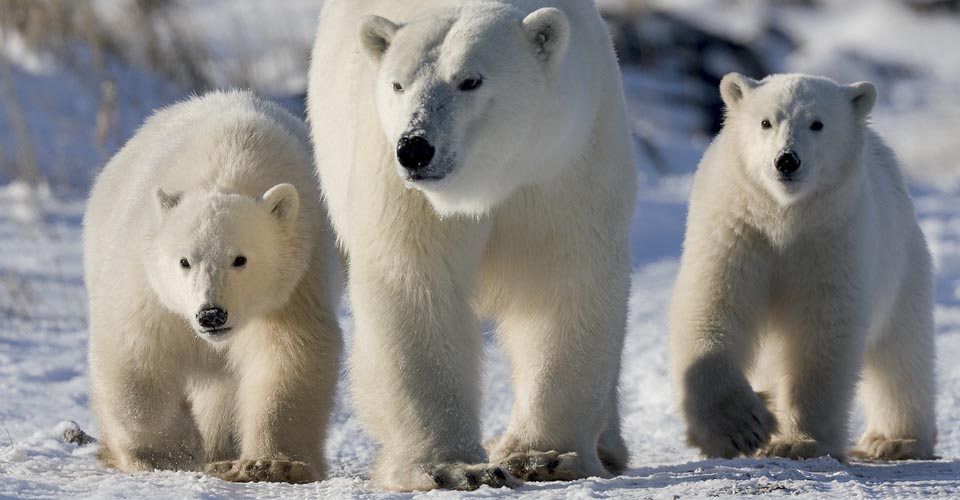 And it’s not just about polar bears. They hold a key spot at the top of the food chain and have an important role in the overall health of the marine environment. Over thousands of years, polar bears have also been an important part of the cultures and economies of Arctic peoples. Natural Habitat Adventures and WWF offer some amazing trips to see polar bears in the wild in Churchill, Canada, where hundreds of bears congregate each fall on the shores of the Hudson Bay, waiting for the sea ice to form so they can start their seal-hunting season.  To find out how you can help to protect this important indicator species, visit WWF's polar bear page.
See Polar Bears on These Churchill Adventures
Repeater Layout : vertical-2up
Tundra Lodge & Town Adventure
New Itinerary!