Watch and Listen to the Sounds of Beluga Whales

A summertime journey to Churchill reveals another world beyond the tundra—the watery domain of beluga whales! Hear their playful whistles and clicks during this underwater interaction. Their animated singing has earned them the nickname "canaries of the sea."

These small white whales live only in the Arctic Ocean and adjoining seas, including Canada's Hudson Bay. While Churchill is known for its polar bears that congregate here each fall, the belugas take center stage in July and August. More than 3,000 of them migrate up the Churchill River where they bear their young. The whales are charming and gentle, often swimming within arm's reach of our motorized rafts as we meet them at eye level.

With the belugas' unusual ability to turn their heads from side to side, they appear to be as curious about us as we are about them. Through the use of a hydrophone on board, we listen to their otherworldly songs. Few wildlife encounters are as intimate as this! 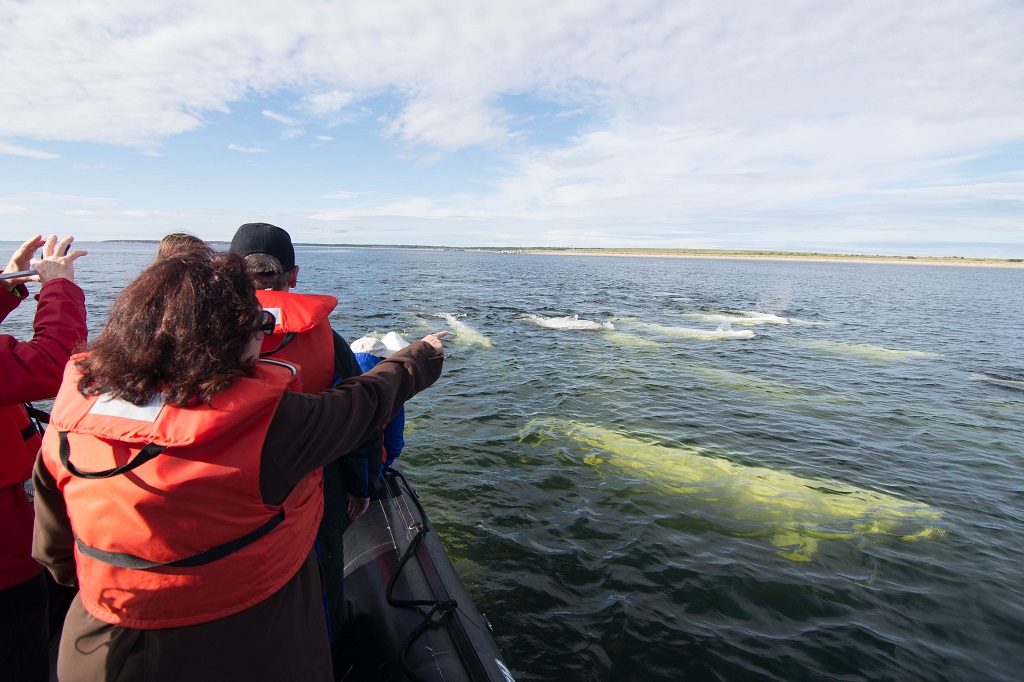 But a trip to Churchill in the summer isn't just about whales; it's a journey northward to discover a host of Arctic wildlife. Via Polar Rover vehicle and on foot, we search for caribou with calves, snowy owls, Arctic fox, ptarmigan, and if we're lucky, even a polar bear! If the Northland holds an allure for you, join this epic Canadian adventure to the Hudson Bay where the boreal forest meets the Arctic tundra and wildlife abounds.

Spirit Bears, Humpbacks & Wildlife of BC