15 Native Tales About the Northern Lights

We know today that the aurora borealis, commonly called the “northern lights” occurs when electrically charged particles from the sun zoom into Earth’s atmosphere. The phenomenon is most commonly witnessed during fall and winter months at high-latitude locales, including Alaska and northern Canada.  When you witness the lights streaking across the sky, reaching a height of up to 620 miles, surely you can understand how so many cultures came to develop mystical stories about them.

The , with its striking colors and dance-like movements—seems otherworldly. The lights gave some communities feelings of comfort and happiness while others dreaded their re-appearance, considering them a bad omen.

Here are just 15 such tales:

1. When they witnessed the lights, many Inuit, the Arctic’s indigenous peoples, believed they were spirits of the dead playing a game with a walrus skull as the “ball.” The Inuit of Nunivak Island in the Bering Sea flipped its take on this story believing that it was walrus spirits playing with a human skull.

2. Indigenous Greenlanders believed that the lights were dancing spirits of children who had died at birth.

3. For Wisconsin’s Fox Native Americans, the aurora gave them a sense of foreboding—representing their slain enemies preparing for revenge.

4. In Alaska, some Inuit groups saw the lights as the spirits of the animals they had hunted, namely beluga whales, seals, salmon deer. 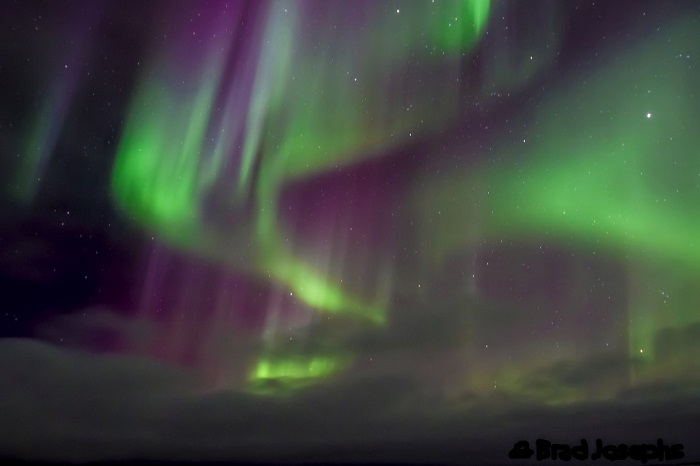 The Inuit of Hudson Bay dreaded the lights, believing they were the lanterns of demons pursuing lost souls. © Brad Josephs/NHA

5. In Norse mythology, the lights were the spears, armor helmets of the warrior women known as the Valkyries. They rode on horseback, leading fallen soldiers to their final resting place at Valhalla.

6. The Inuit of Hudson Bay dreaded the lights, believing they were the lanterns of demons pursuing lost souls.

7. In Finland, a mystical fox was thought to have created the , its bushy tail spraying snow and throwing sparks into the sky.

8. Some Algonquin peoples believed their cultural hero, Nanahbozho, relocated to the far north after he finished creating the Earth. He lit large fires, which reflected back to his people in the form of the northern lights. This let them know he was thinking of them, even though they were far apart. 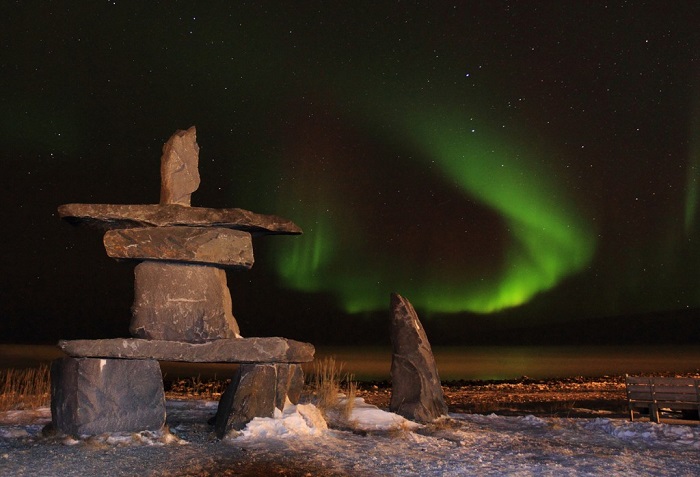 An inukshuk on Hudson Bay, Canada. Inukshuks are believed to have been used by native Arctic peoples for navigational purposes. © Brad Josephs/NHA

9. In perhaps the best oxymoron in British folklore, Scottish legend refers to the lights as “Merry Dancers” engaged in bloody battle.

10. Native Americans of the Great Plains the light display came from northern tribes who were cooking their dead enemies in huge pots over blazing fires.

11. Inuit in Point Barrow, Alaska’s northernmost spot, believed the aurora was evil. They carried knives to protect themselves from it.

12. In Estonia, one legend said the lights appeared when whales were playing games. Another said they were sleighs taking guests to a spectacular wedding feast. 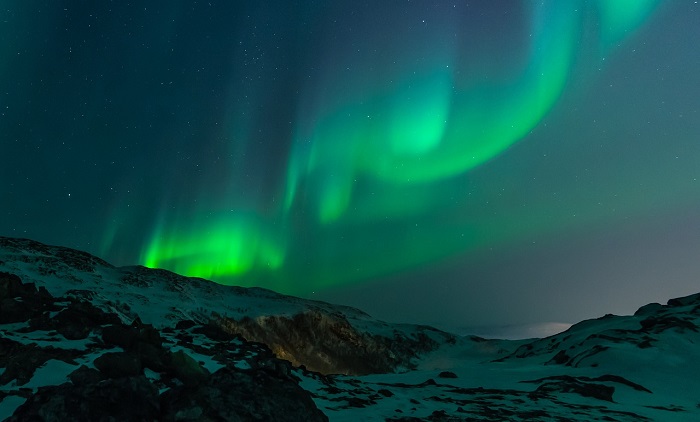 In Alaska, some Inuit groups saw the lights as the spirits of the animals they had hunted, namely beluga whales, seals, salmon deer.

13. Wisconsin’s Menominee Native Americans saw the lights as torches used by benevolent giants used when they speared fish at night.

14. Fishermen in northern Sweden took the lights as a good prophecy, believing they were reflecting large schools of herring in nearby seas.

15. If you whistled at the , some Native Americans believed it would sweep down and take you away. Clapping your hands, however, caused the lights to retreat, keeping you safe. Meanwhile, in northern Scandinavia, the Sami people hid indoors during the light show.

Churchill, Manitoba is one of the best places on the planet to view and photograph the aurora borealis—see it in comfort from our exclusive Aurora Pod featuring a 360-degree view of the night sky.